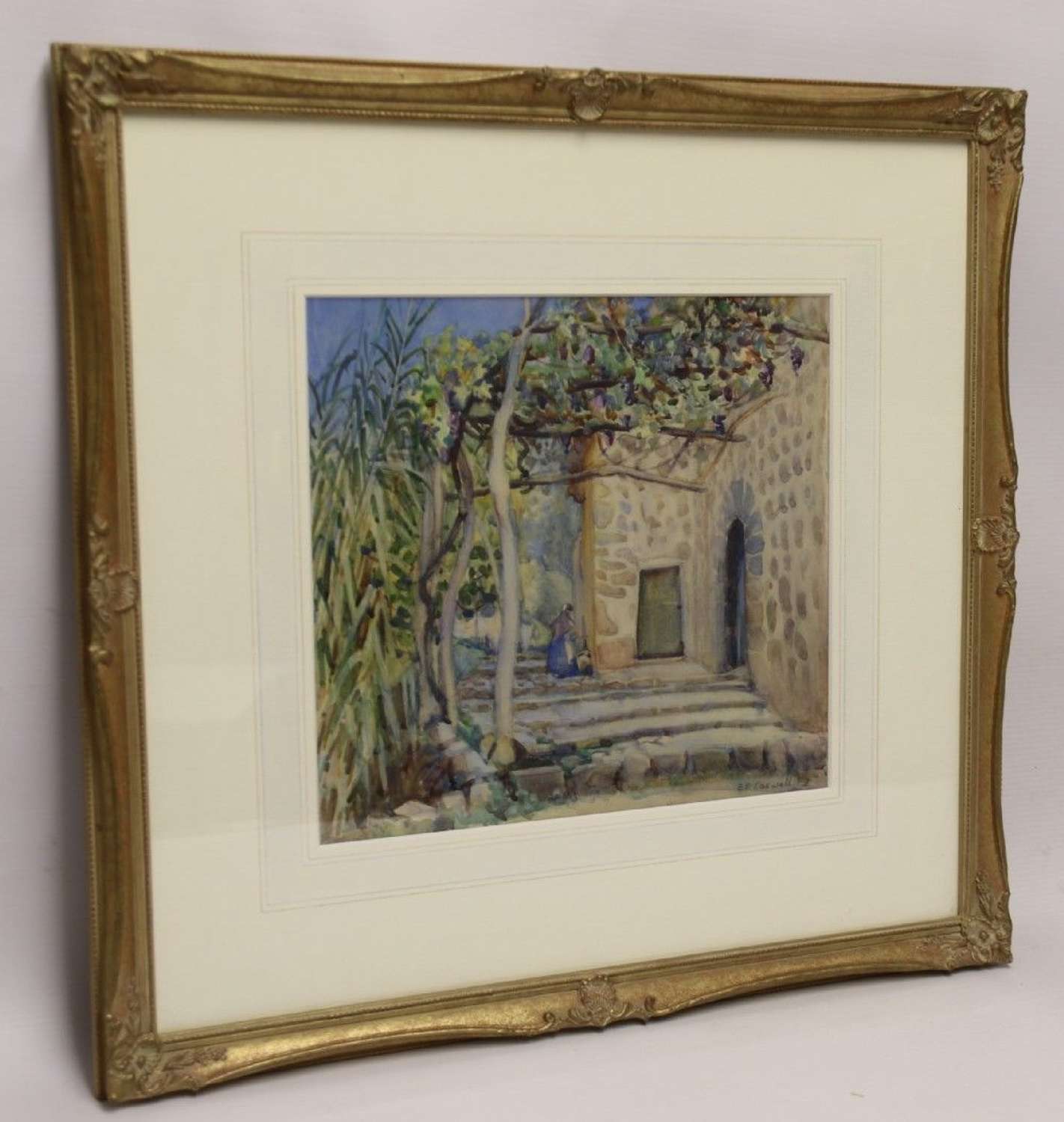 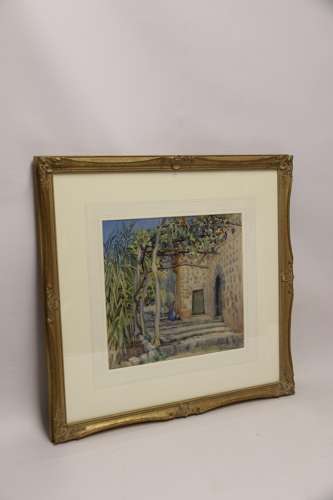 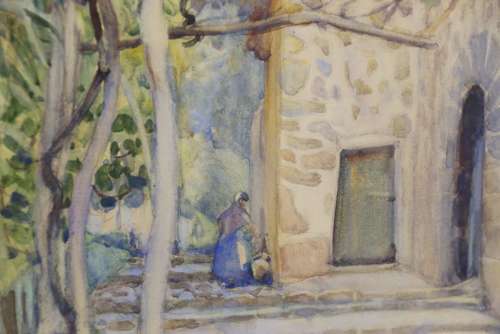 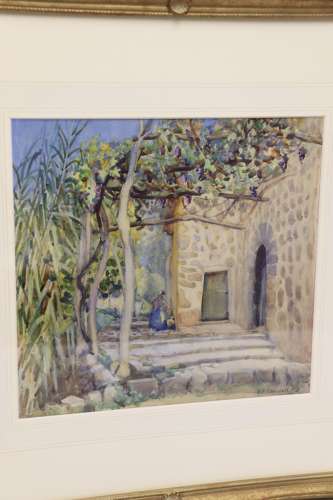 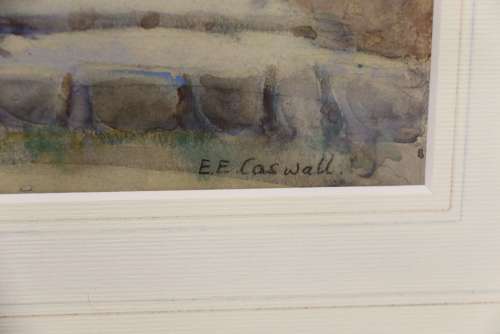 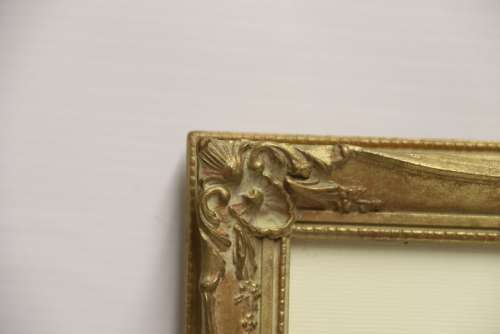 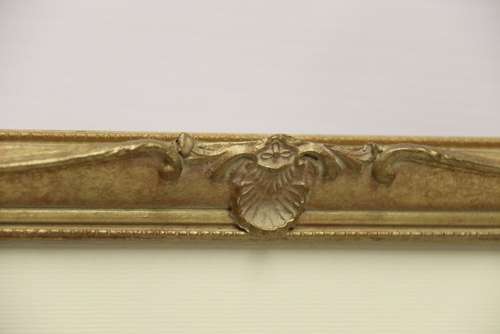 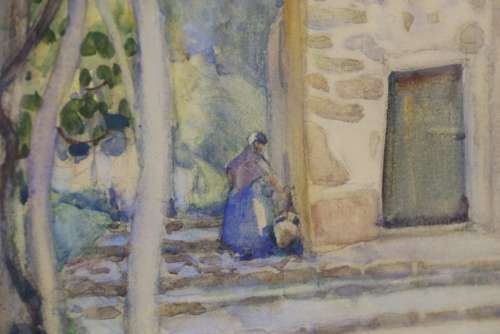 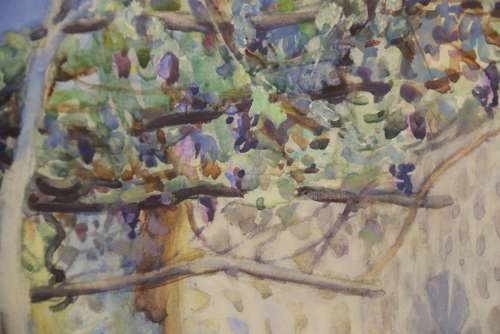 This most unusual watercolour is by the well exhibited early 20th-century artist Edith E Caswall who is noted as a landscape and flower painter who travelled the continent in the early 20th century.
This fresh and brightwork were done while visiting the Greek isle of Corfu and shows a rustic stone farmhouse with steps leading up and trailing vines overhead with a woman collecting water into a large pottery jar. The artist has cleverly captured the light and hazy heat with her soft tones and clever brushwork signed EE Caswall. It is presented in a fine hand washed lined mount with a swept gilt frame. Edith E Caswall exhibited 1912 to 1934
London BA 65 times (Beaux-arts gallery)
The COO 2 times (Cooling and Sons Gallery)
The L 2 times (Walker Art Gallery Liverpool)
The RA 3 times (Royal Academy)
The RI 7 times (Royal Institute for painters in watercolour)
The SWA 3 times (The Society of Women Artists)
Size including the frame and mount height 46 cm width 46cm depth 3 cm