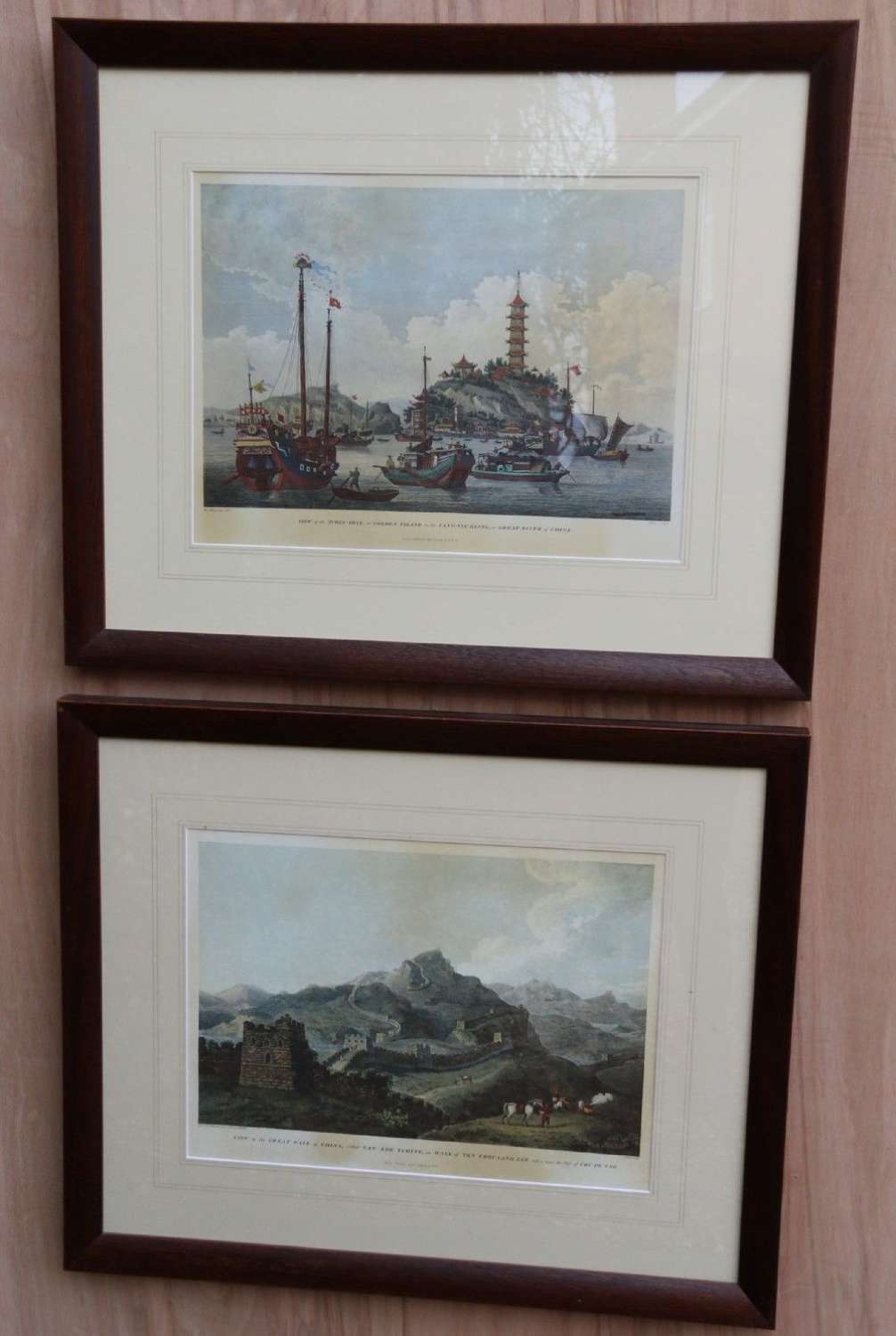 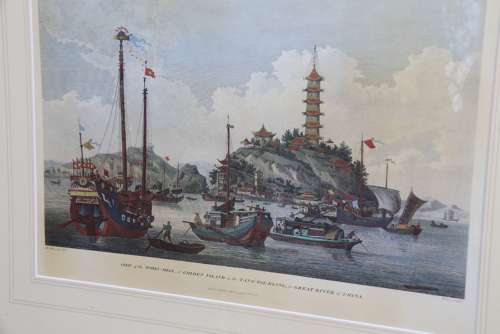 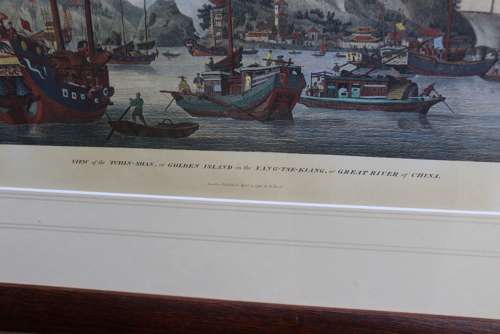 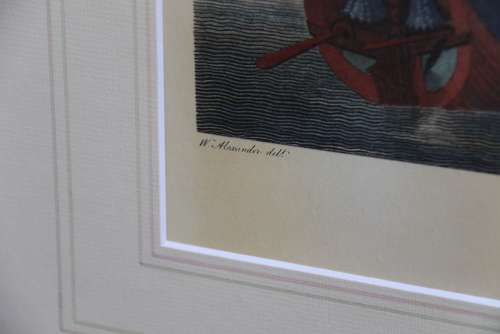 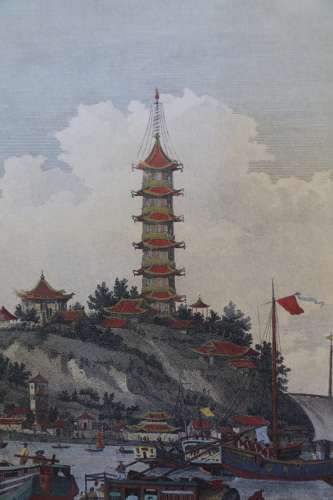 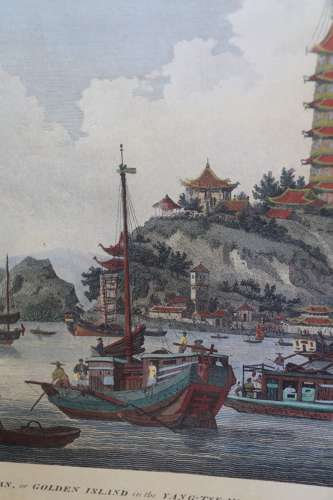 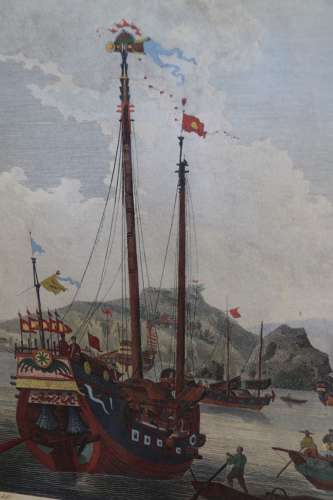 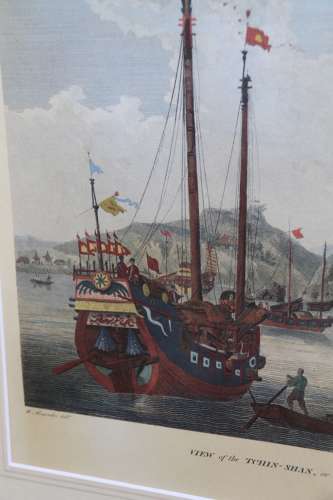 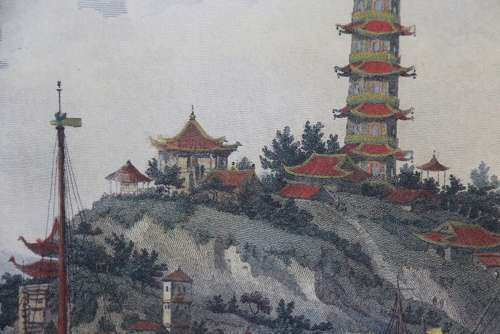 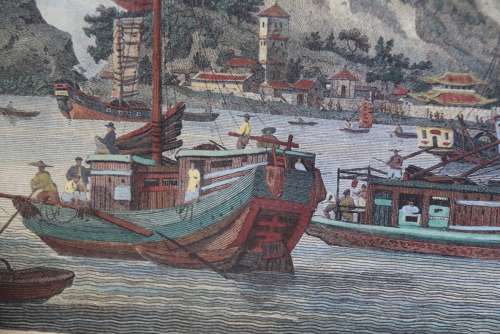 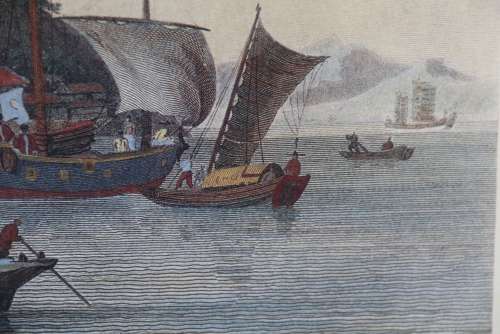 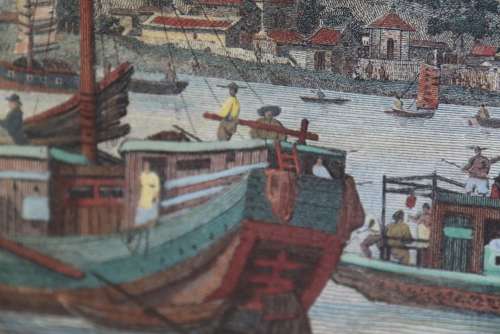 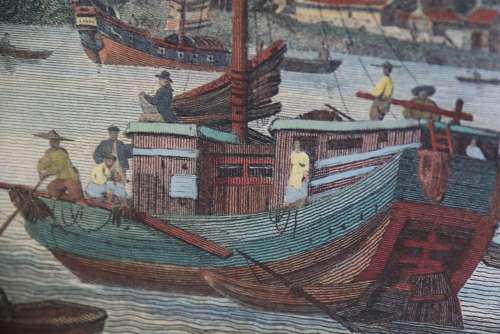 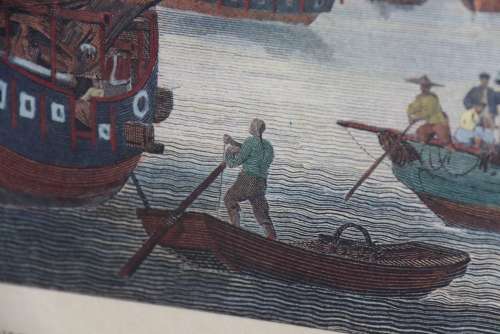 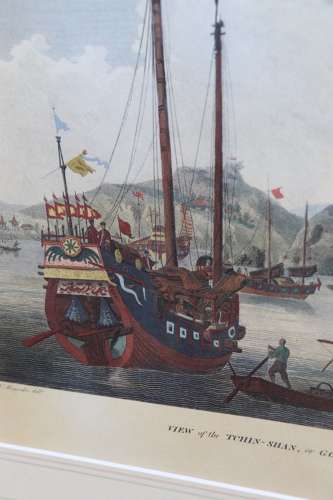 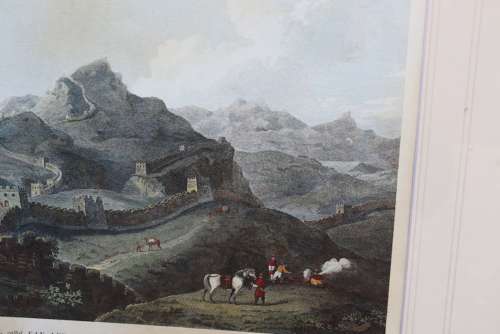 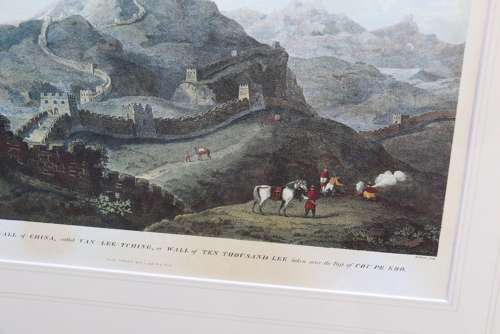 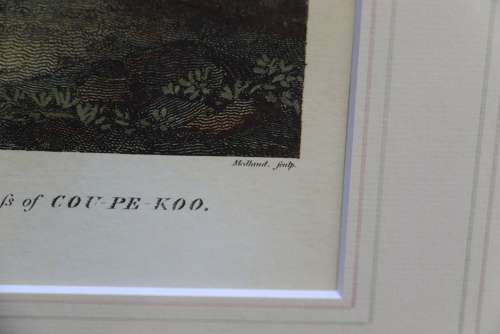 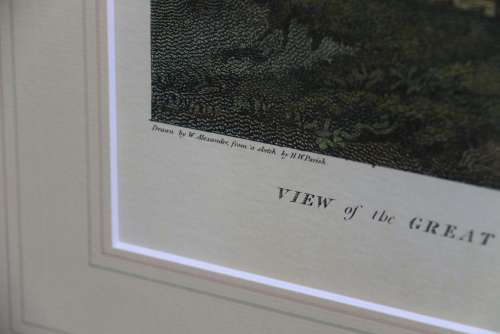 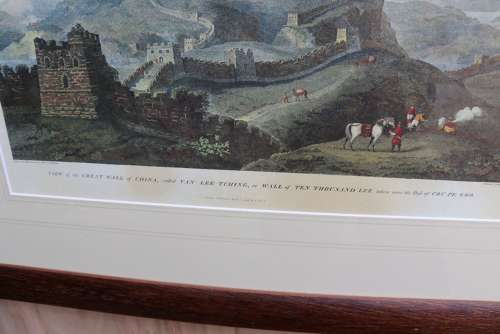 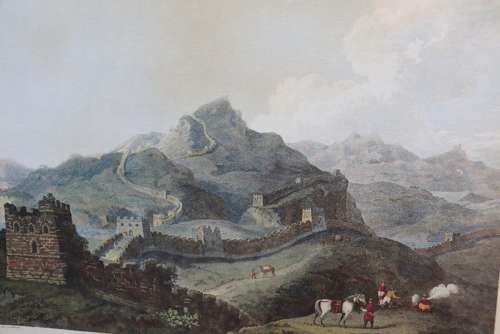 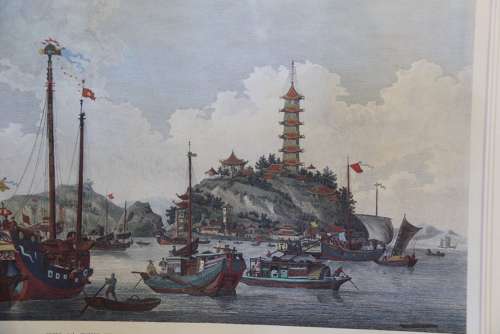 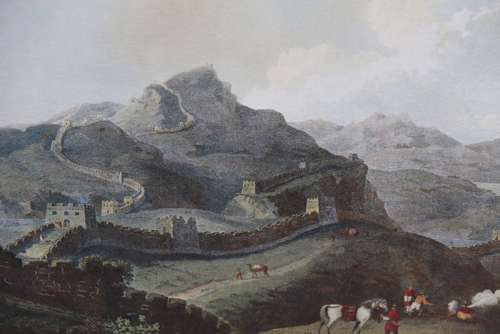 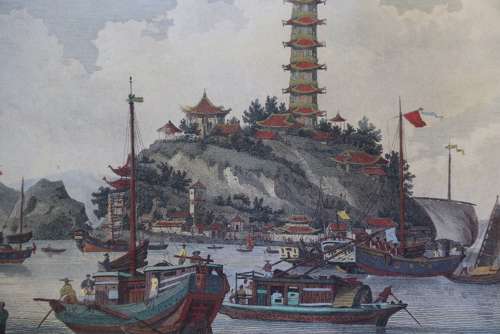 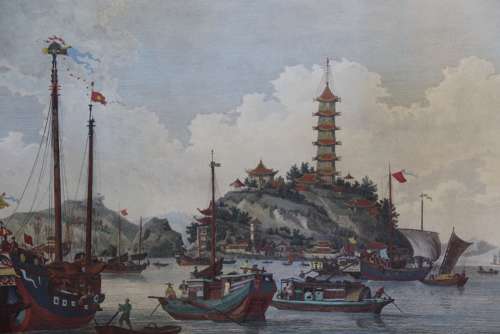 A most interesting pair of early 20th century coloured prints showing fascinating early views of China. One depicts a view of the Golden Island on the Great River of China and the other a view of the Great Wall of China. Originally produced in 1796 by G Nicol. These highly decorative pair are later copies from the early 20th century, circa 1930. They are both well displayed in simulated rosewood frames with cream mounts and hand drawn wash lined boarders. Both in good condition but with some slight discolouring to the paper.
£495 pair