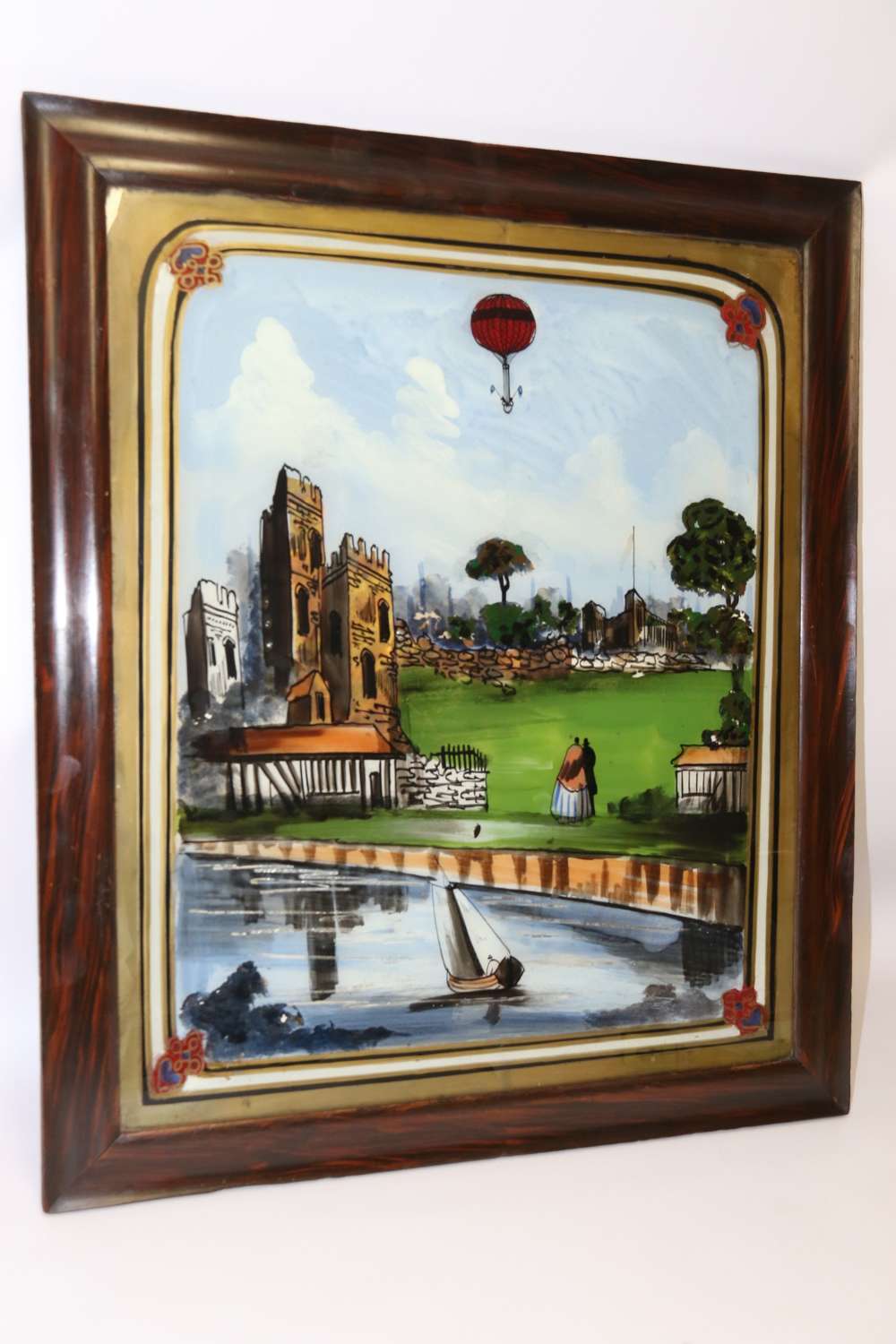 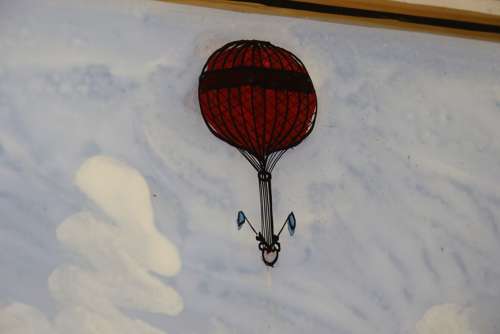 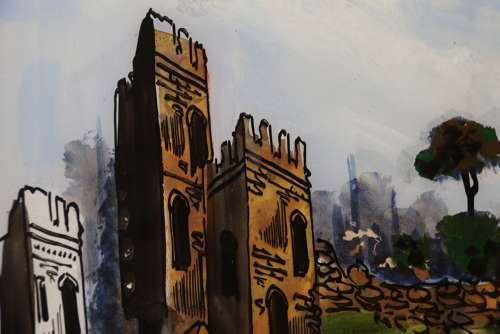 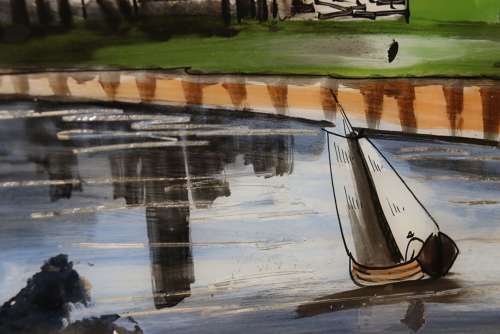 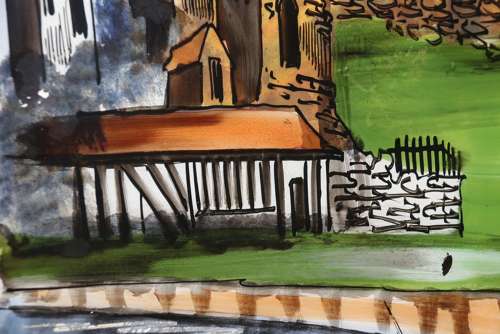 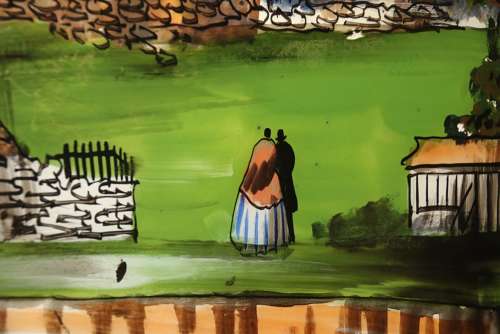 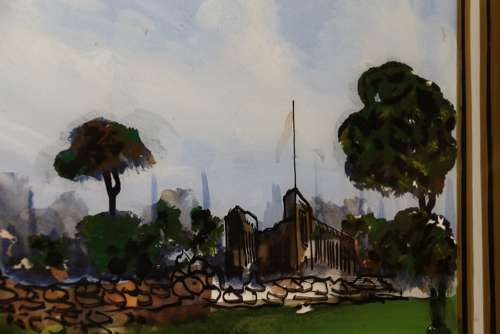 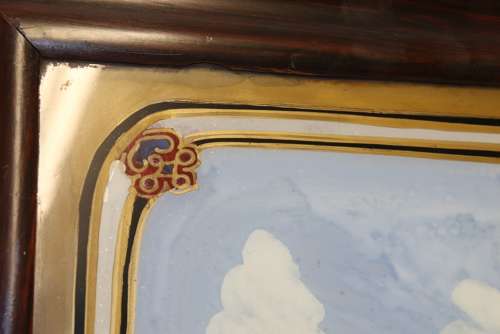 This primitive reverse painting on glass records an early 19th century gas balloon flight. It is naïve and primitive in its proportion and detail but altogether charming. It depicts a couple standing in a landscape by a boating lake with a church and other buildings amongst trees. The sky is dominated by the gas balloon flying over. In some parts of the image reflective foil has been laid behind the glass to give a shimmering effect most obvious on the church and the lake. The whole scene is bordered with gilt and coloured lines with motifs in each corner. Displayed in the original grain painted faux rosewood frame.
Circa 1830