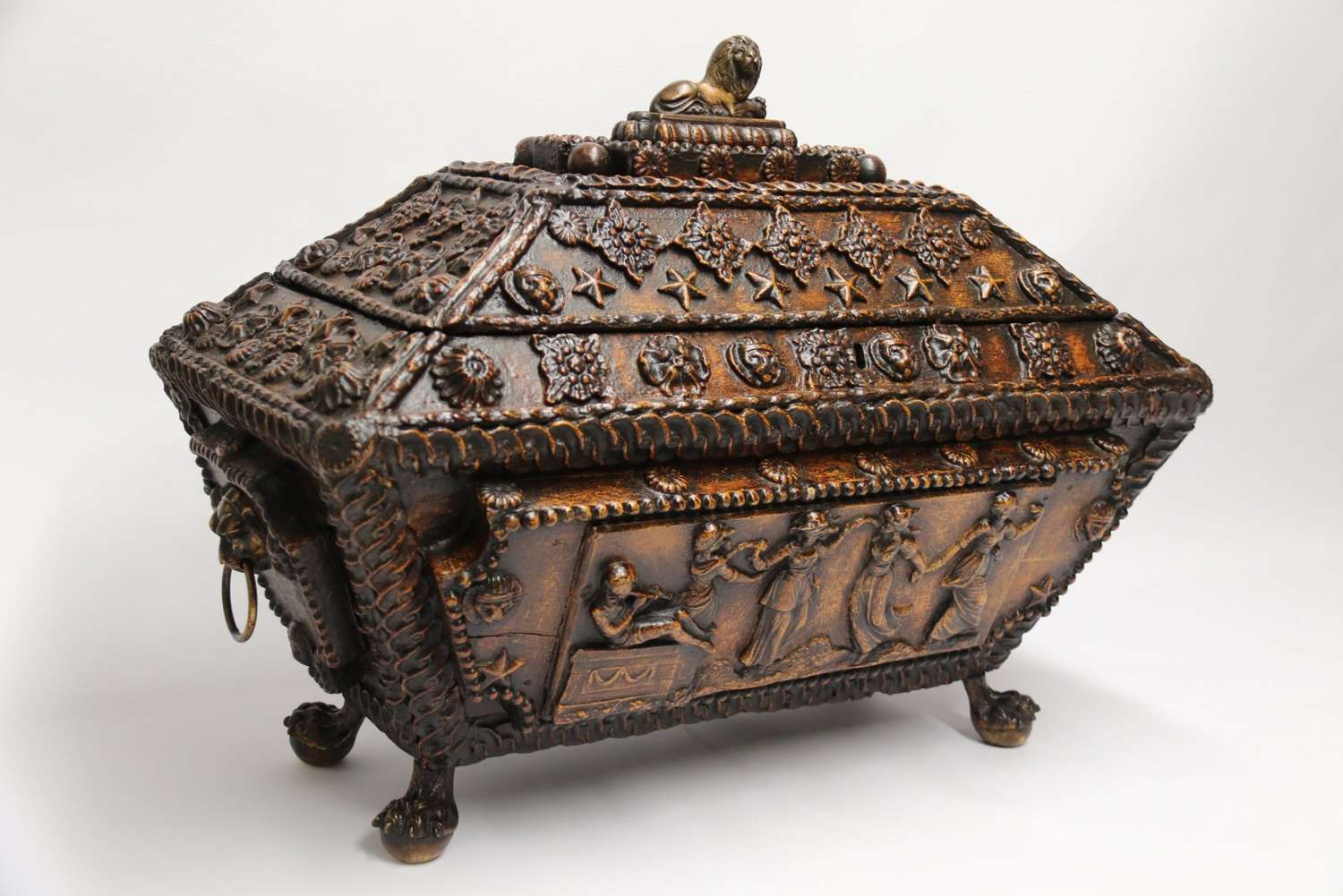 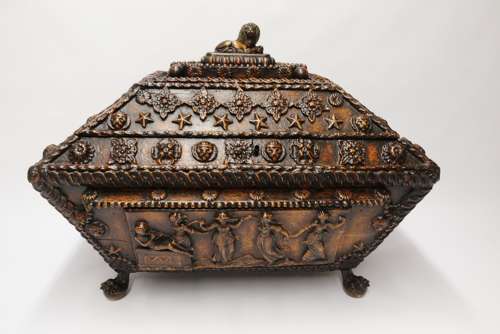 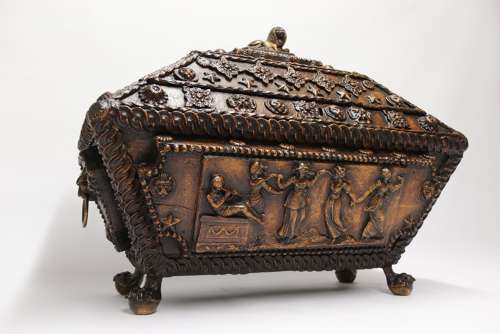 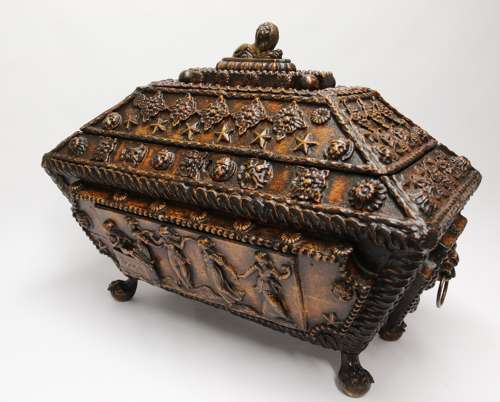 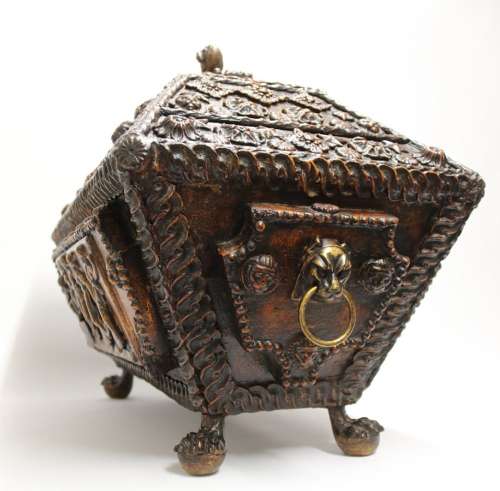 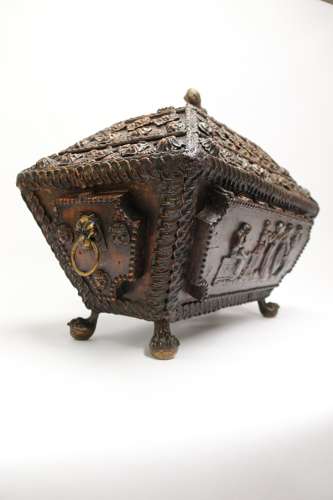 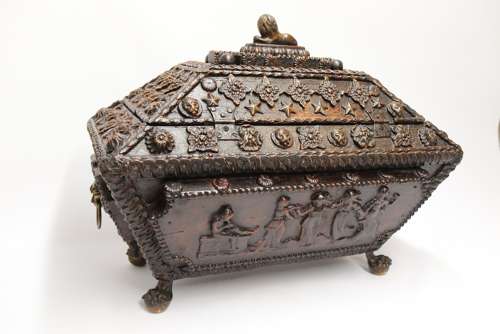 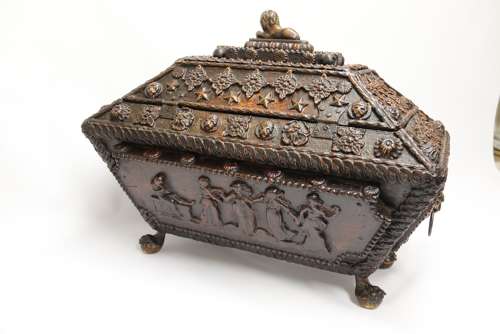 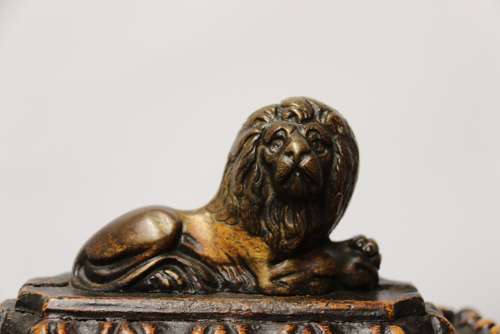 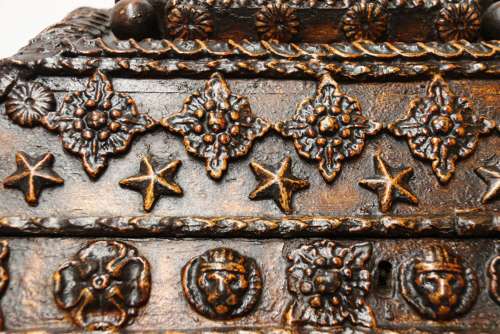 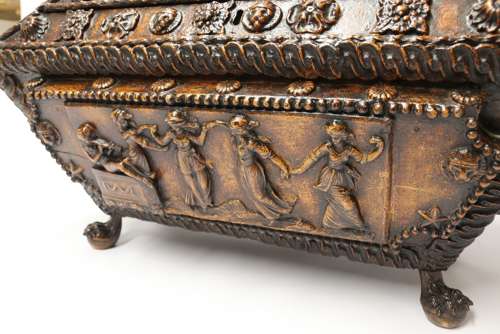 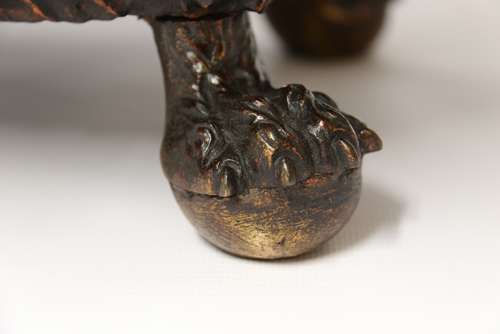 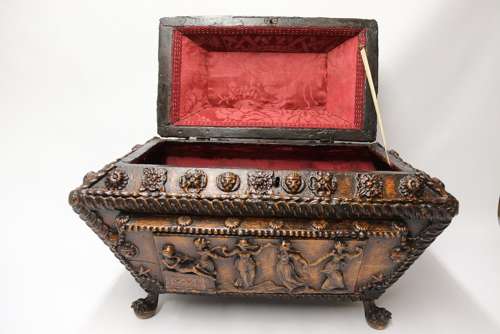 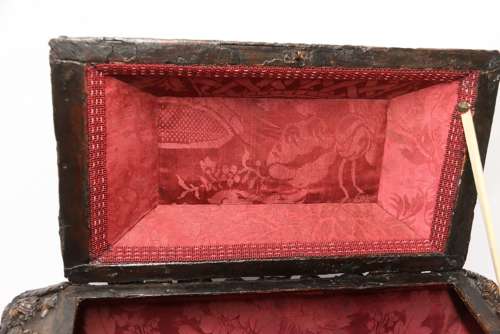 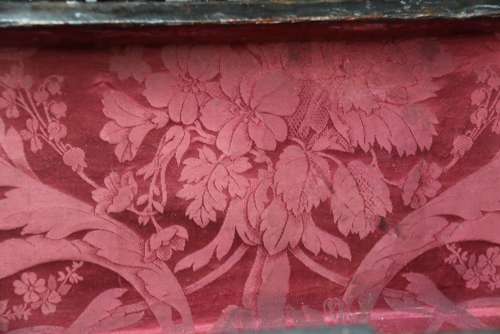 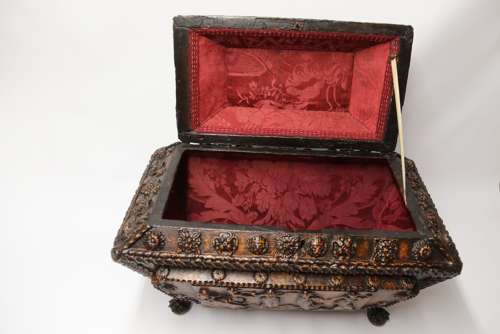 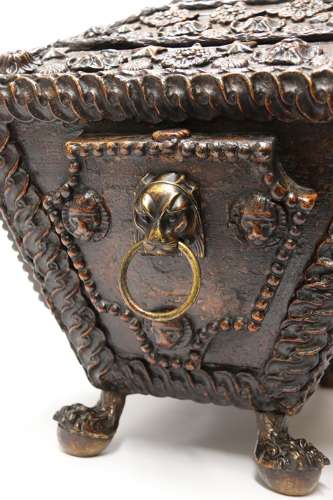 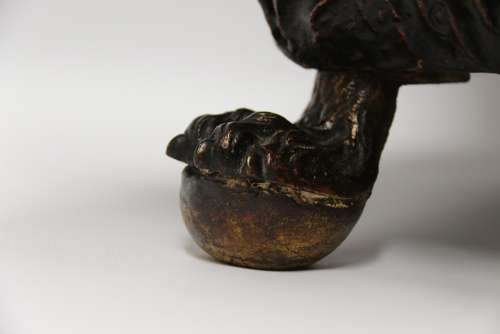 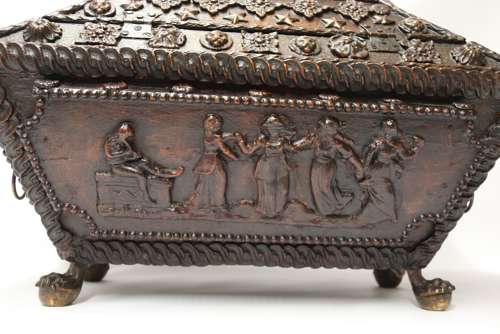 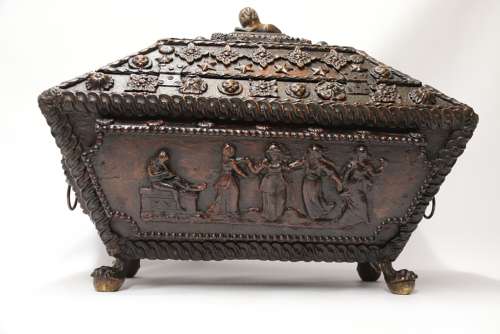 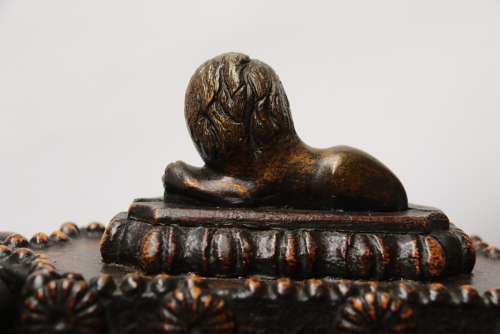 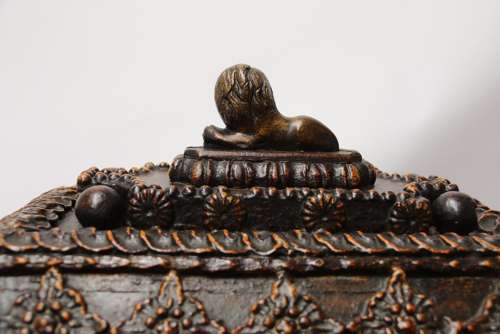 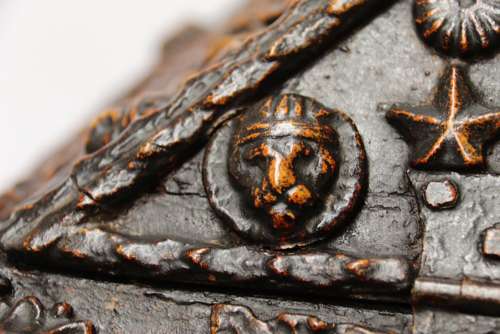 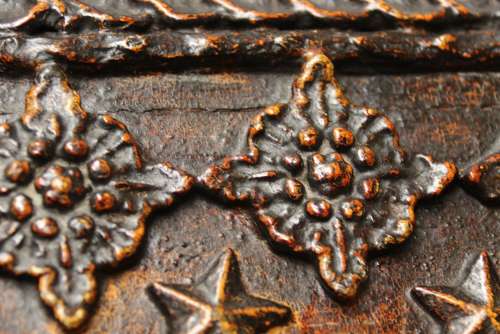 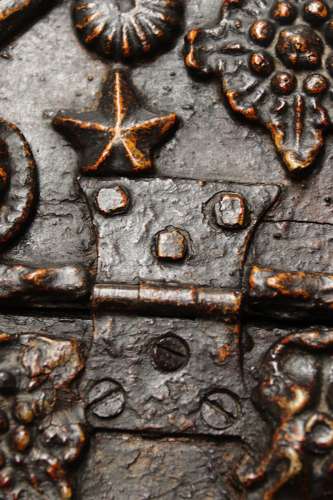 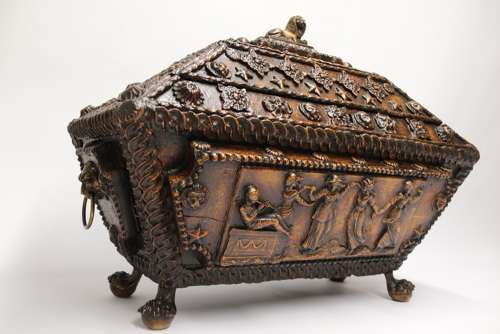 This most interesting large scale casket is highly decorative. It stands on four raised cast bronze and timber ball and claw feet which elevate and display this most unusual casket. Made from timber and then decorated on all sides and surfaces with applied cast raised gesso figures, mouldings and individual patera some in the form of a lion’s head, stars and stylized flowers. The main front and rear panels depict a group of dancing young ladies being accompanied by a young man playing the flute. To each end of the casket, there is a decorative cast brass lion’s head ring handle for lifting and on the top there is a cast bronze recumbent lion figure. The hinged lid lifts and reveals the original red silk damask lined interior. This remarkable piece was reputed to have originally come from a Warwickshire country house and was most likely made as a one off special commission by a frame maker who would have been used to working in gesso.
The most likely use for this casket would have been a workbox but the massive proportions would lend itself to many other uses. Finished with its original scumble paint which shows great patination and colour.
Circa 1820