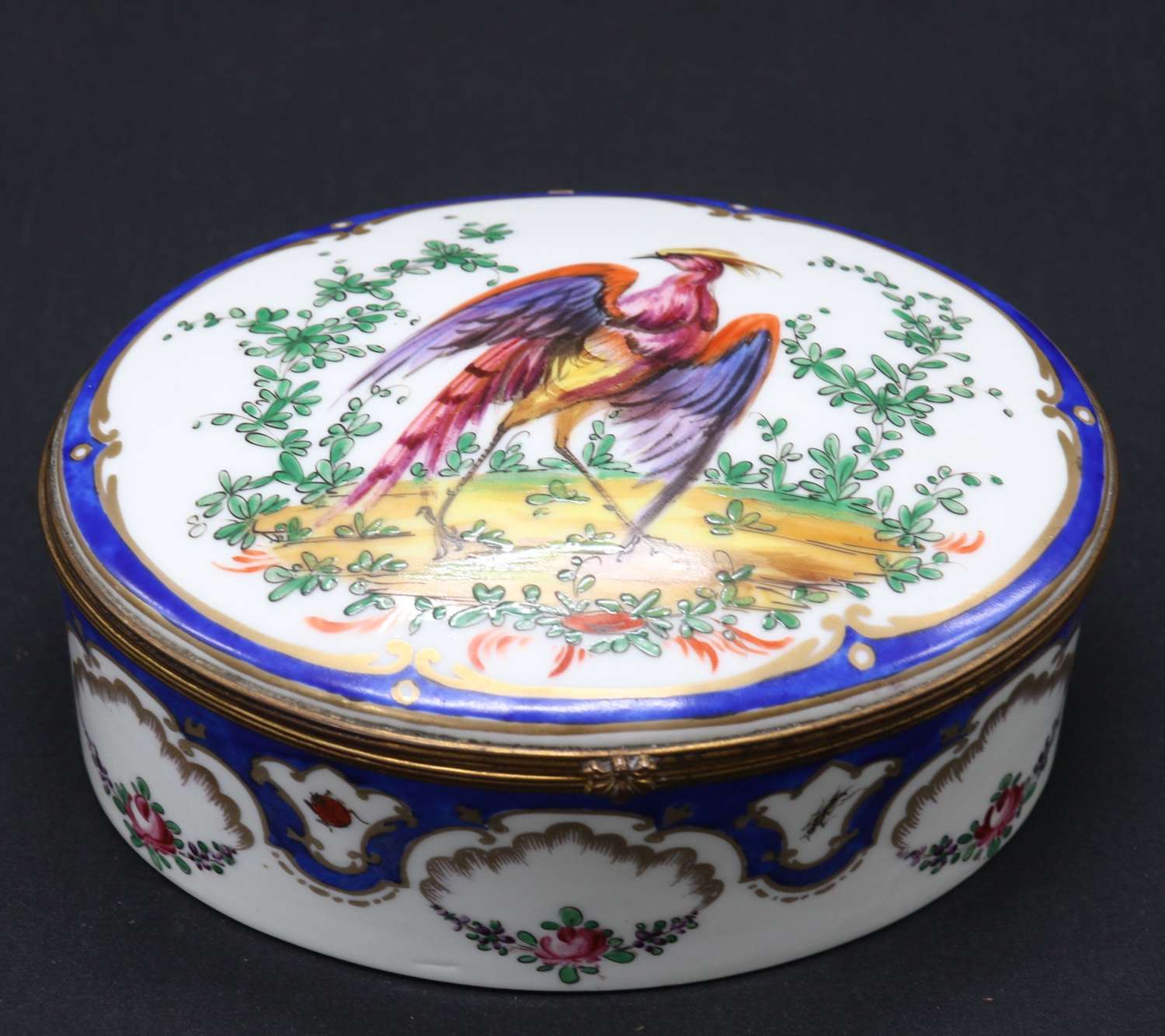 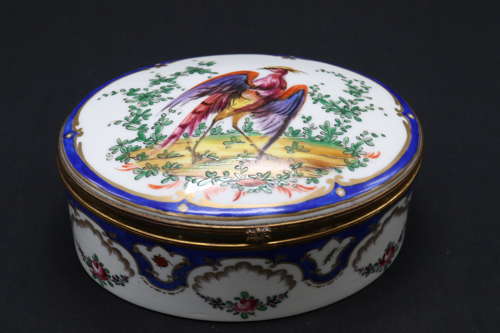 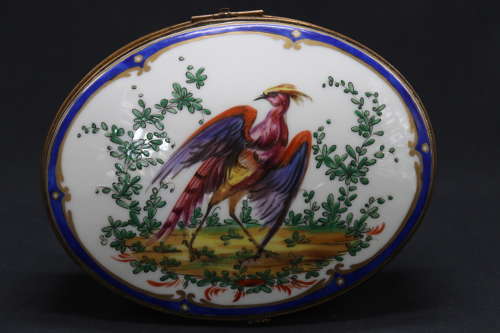 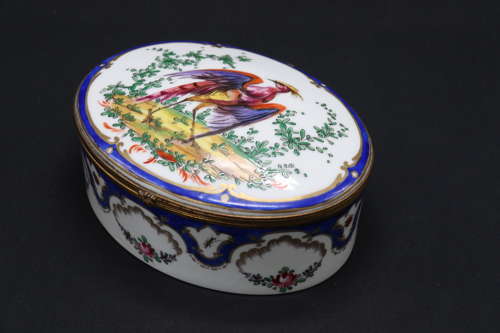 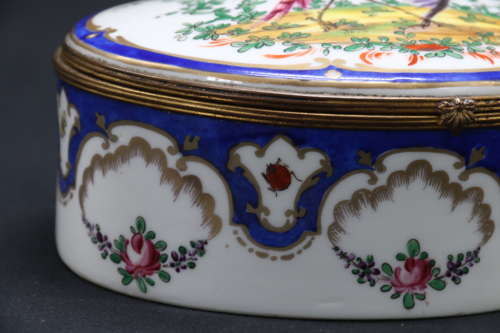 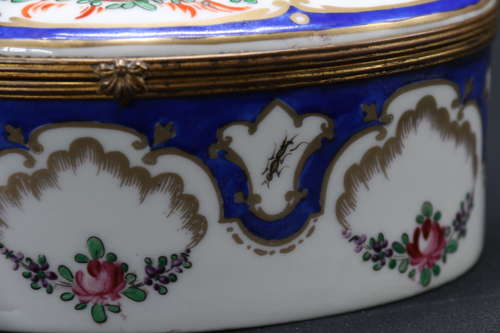 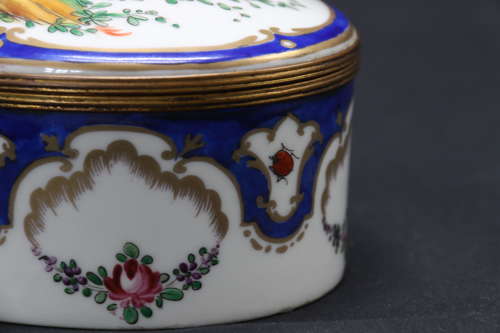 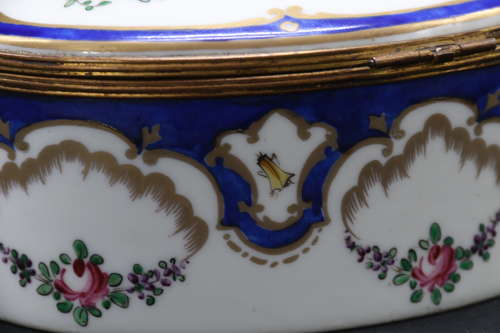 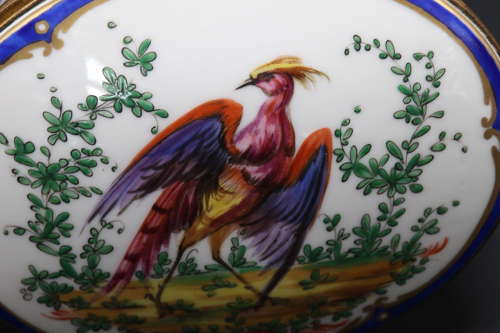 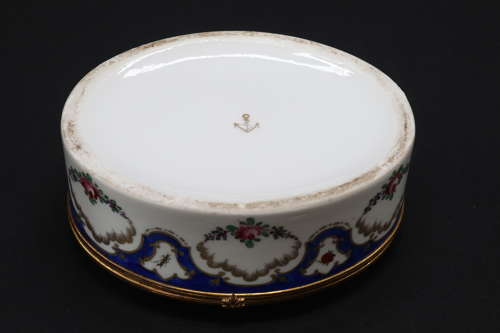 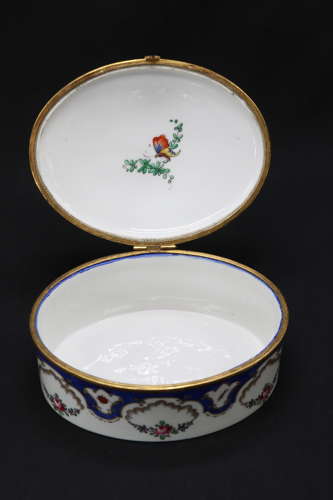 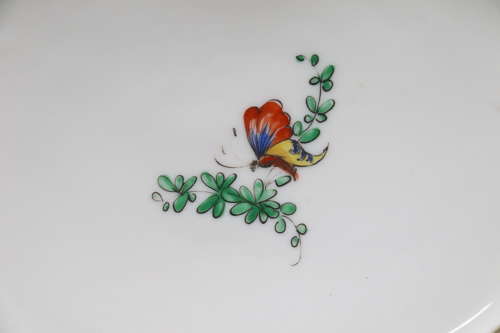 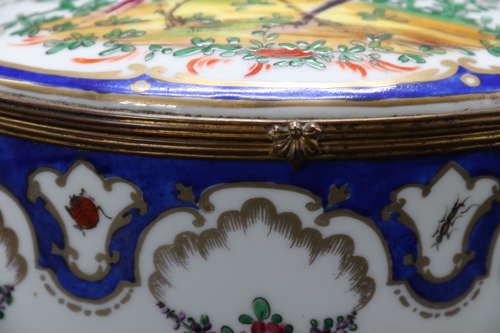 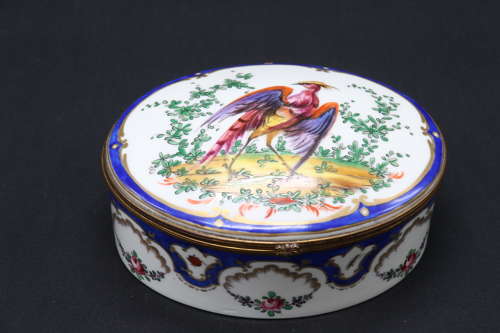 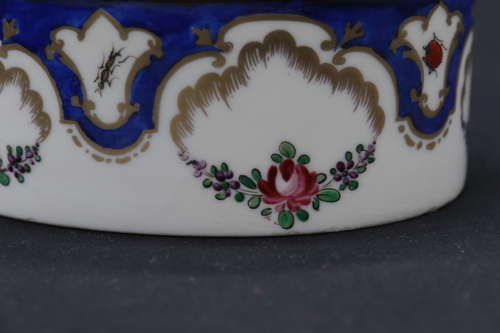 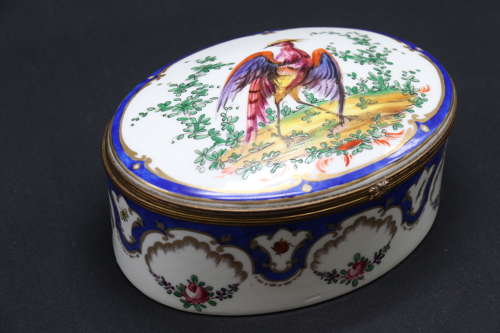 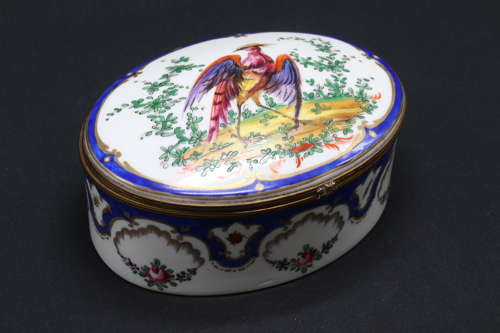 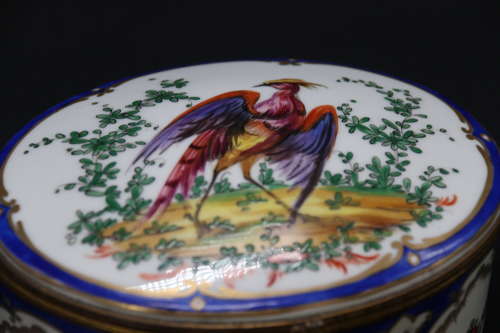 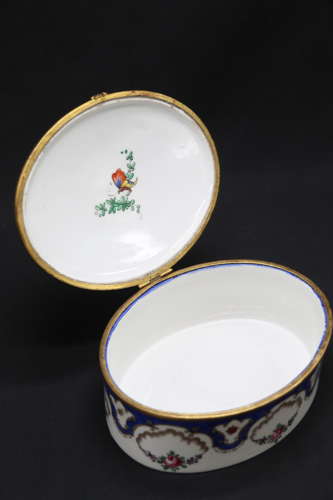 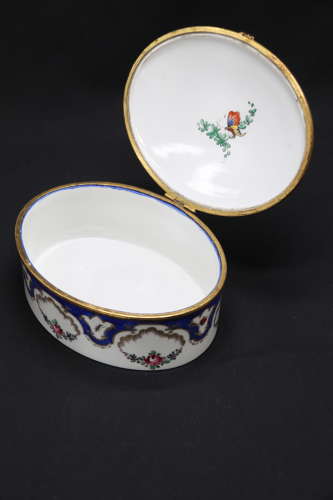 This brightly hand painted French porcelain oval box was produced at the Paris Samson factory in the late 19th century.  It is highly decorative and hand painted in an 18th century style. The domed lid is decorated with a colourful exotic pheasant amongst green foliage. It is finished with a blue and gilt boarder and set into a gilt brass hinged frame which is mounted onto the lower oval box. This is also finely hand painted with a matching blue shaped boarder interspersed with shaped panels of white each painted with a colourful central insect again highlighted in gilt. Below there are delicate floral wreaths with similar gilt detail. The lid raises on a firm hinge to reveal a plain white interior. There is a single butterfly and a leafy stem painted in the centre of the interior of the lid. On the underside, there is a fake gold anchor mark. These fake marks were often used by this factory which often specialised in making decorative pieces which were copying an earlier style.
In very good condition, circa 1890