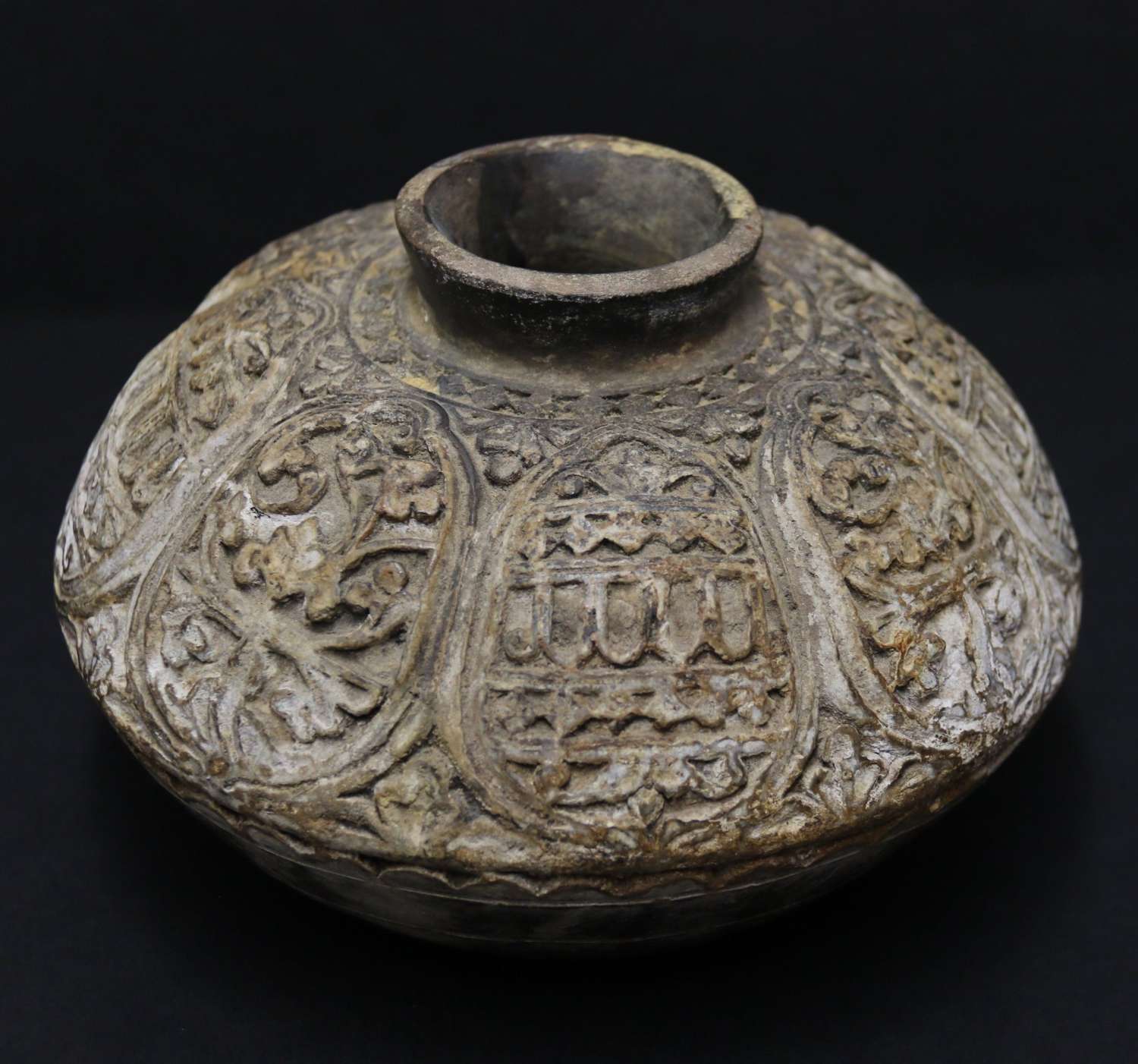 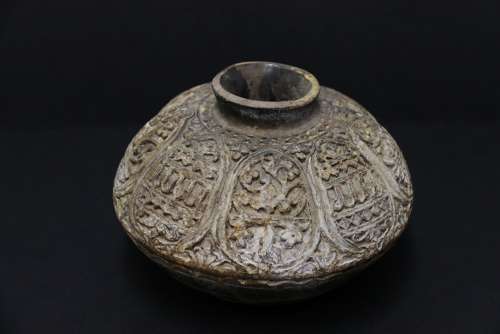 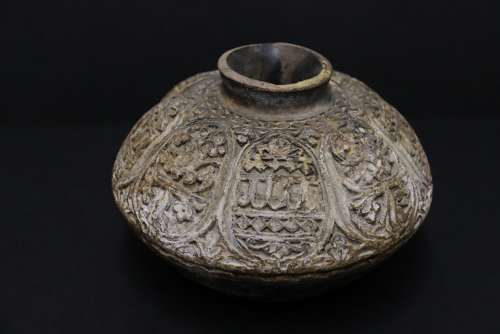 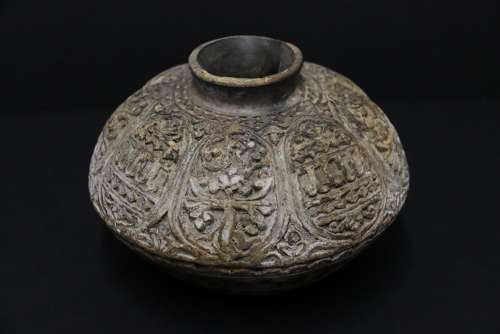 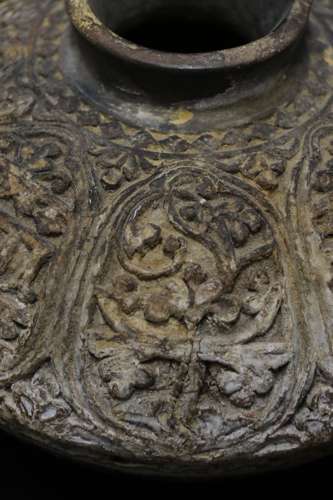 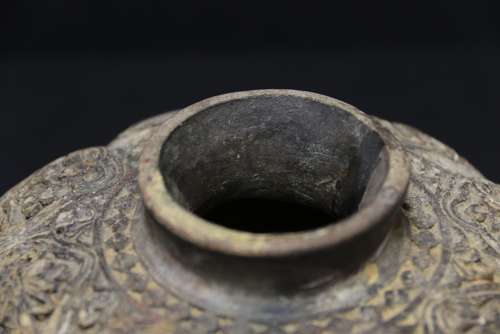 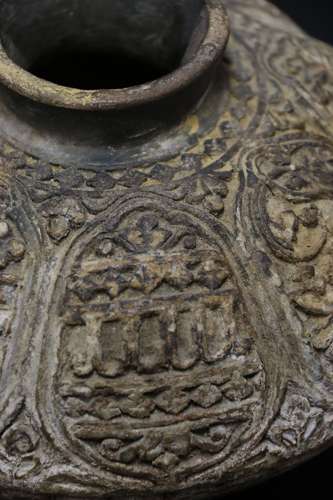 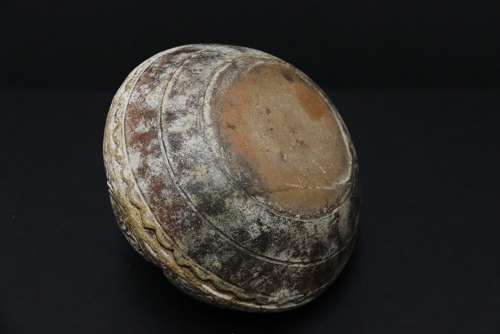 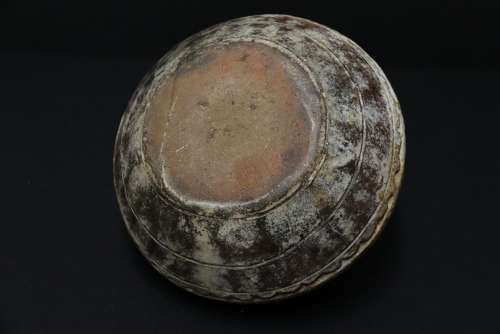 This rare and very tactile vase is Indian and dates to the 17th century. It is boldly decorated with deeply hand incised ornate panels which form a ring of decoration around the upper body which is infilled with floral motifs and boarders. The pottery is not glazed but it has built up a most unusual patination to its surfaces which could indicate that it may have spent some time buried and later unearthed. This piece is in good condition but does have some very small loses around the rim and a firing flaw to the underside of the body which is in keeping with the great age of this piece.
£875