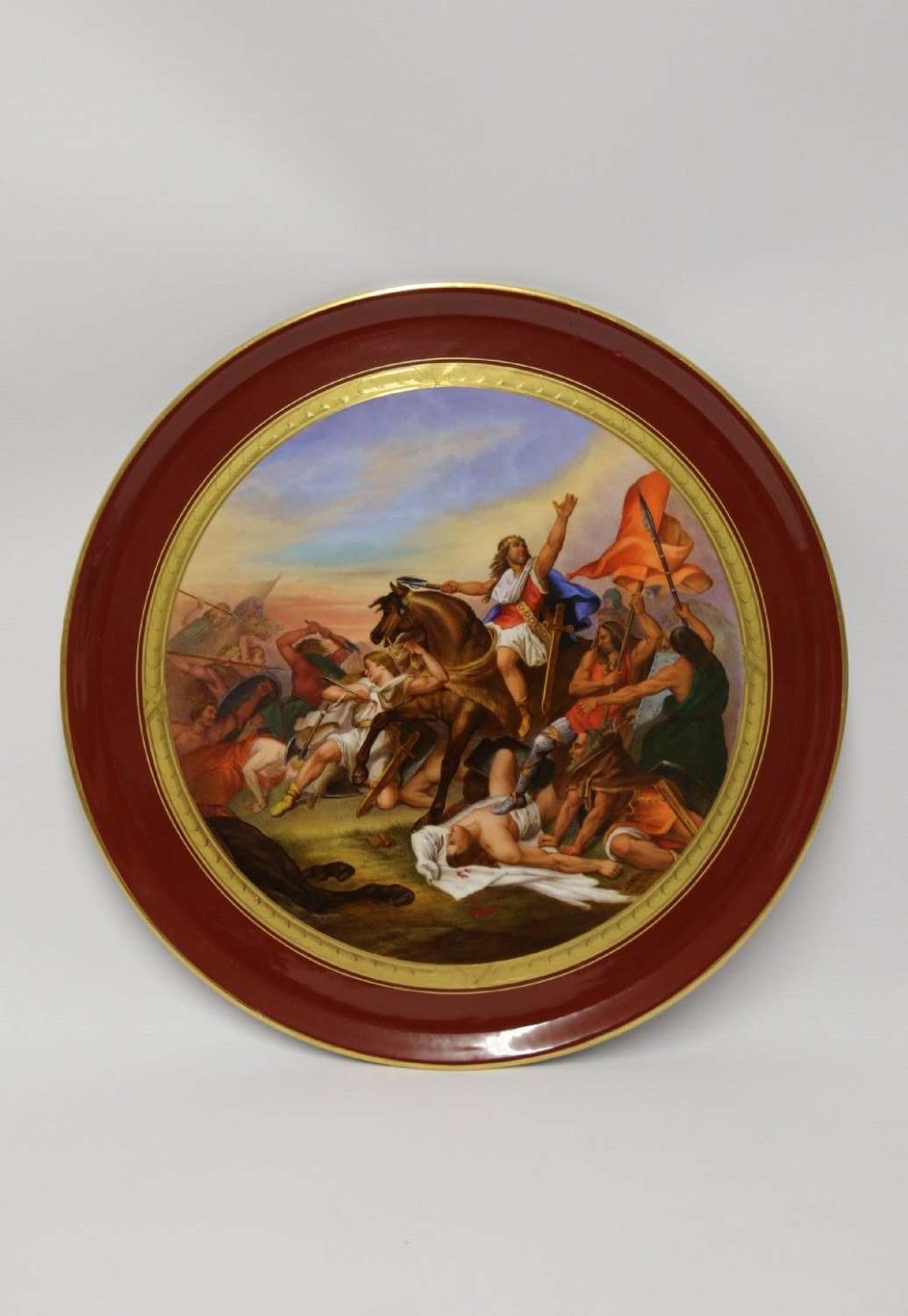 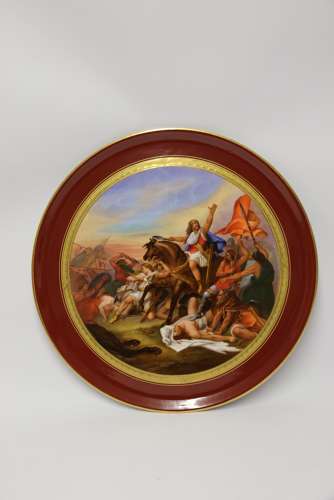 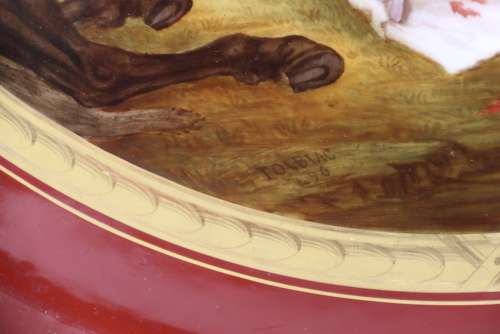 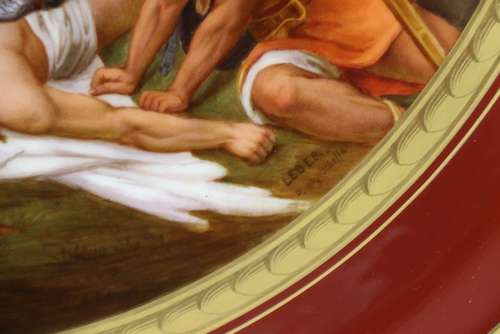 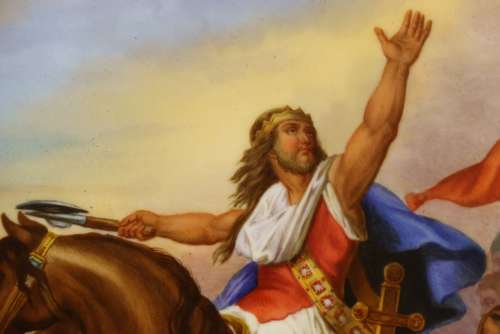 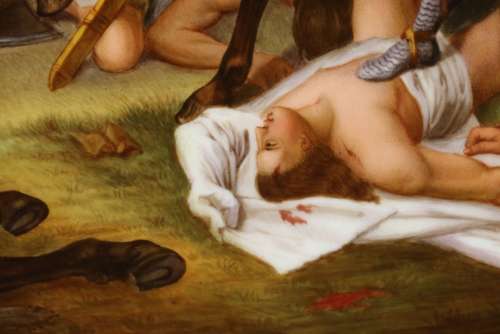 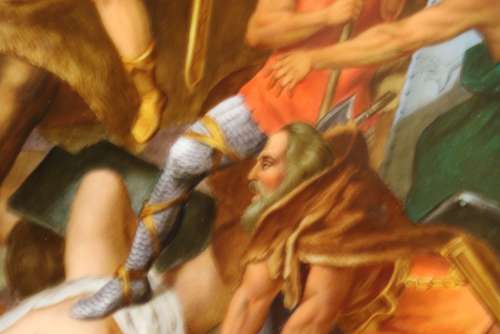 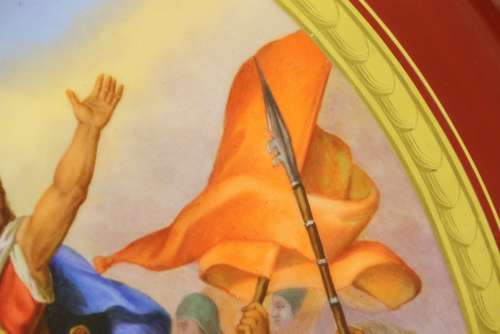 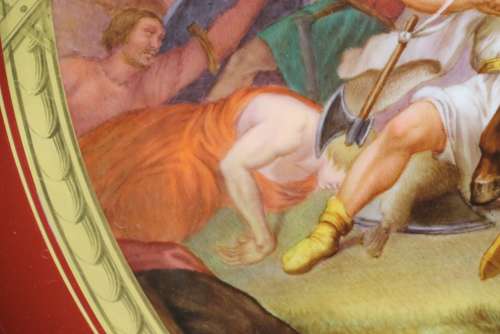 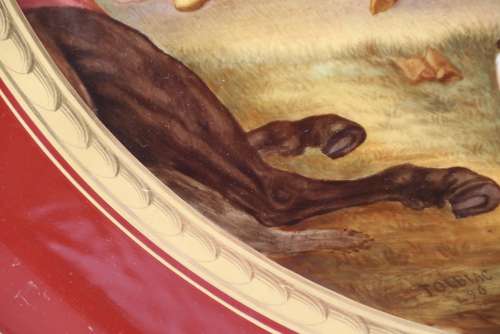 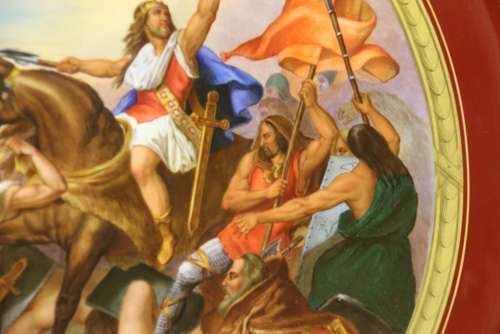 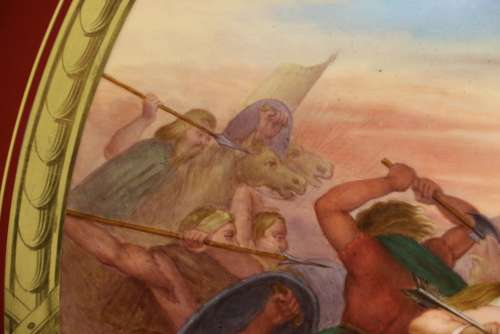 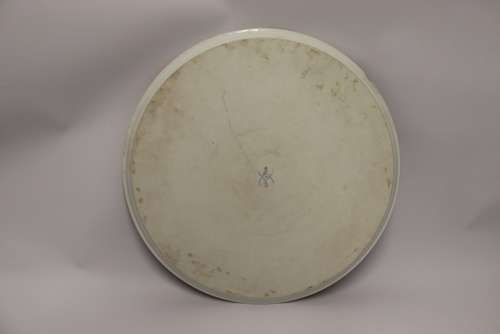 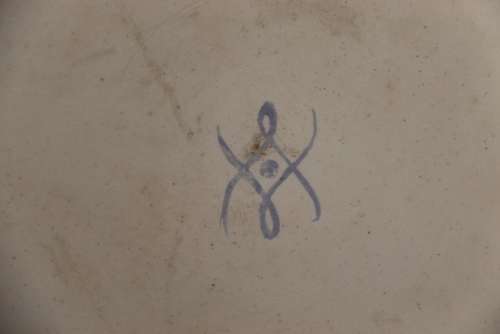 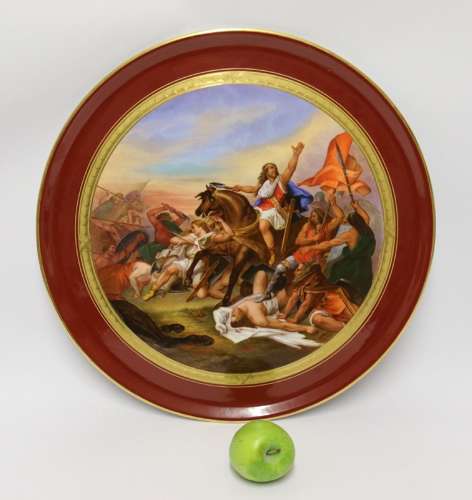 This large scale richly hand painted porcelain charger was made in France at the Paris Porcelain factory in the late 19th century. It is superbly hand-painted with an early battle scene. The battle of Tolbiac
The battle of Tolbaic was fought between the Franks and the Alamanni around the year 496 and this decorative piece is a splendid account of the event. Finely painted with great skill and imagination. Signed Tolbiac 496 and Leber J Cheffer. The central scene has a wide marron boarder with a decorative gilt band to one side and also a fine gilt rim. There is a large factory mark on the reverse and is in excellent condition