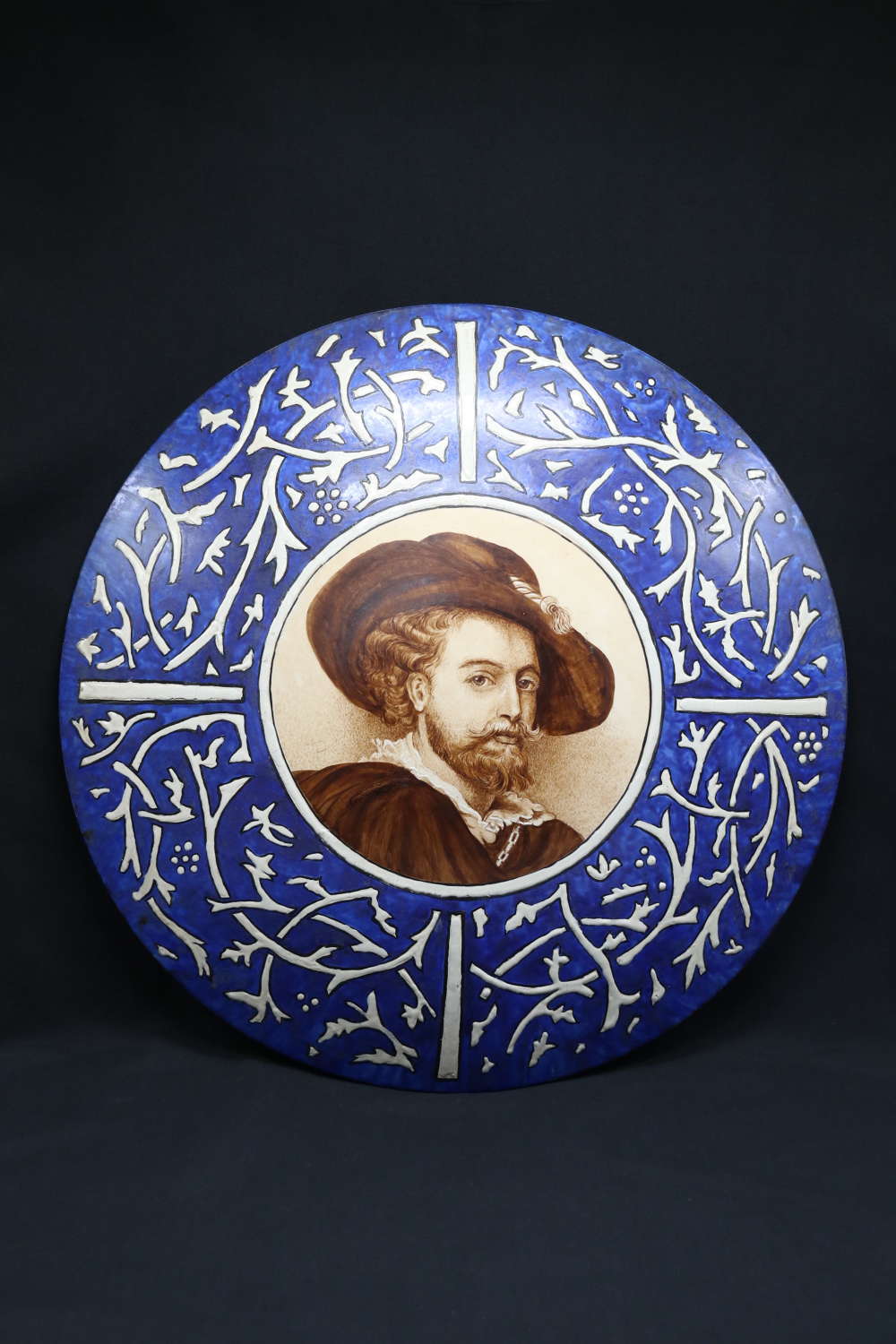 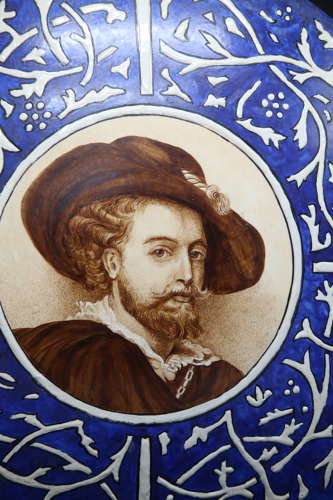 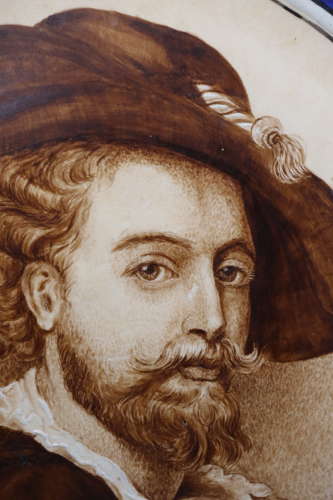 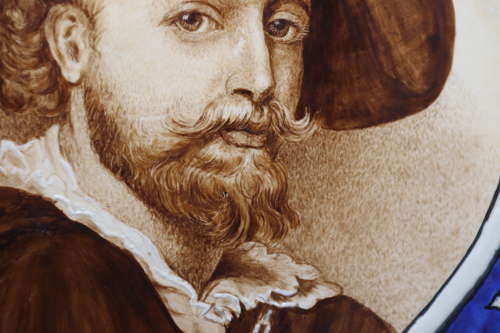 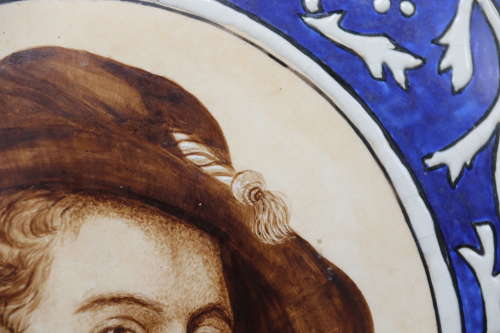 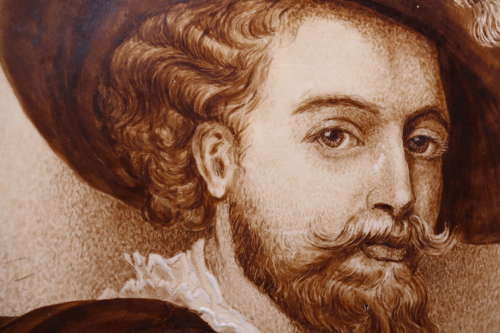 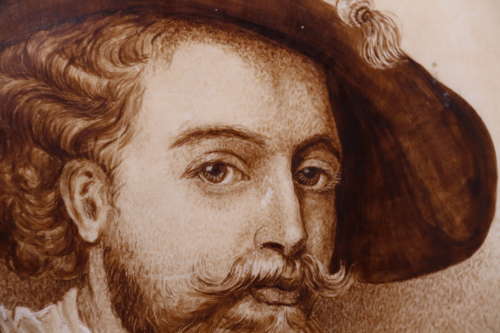 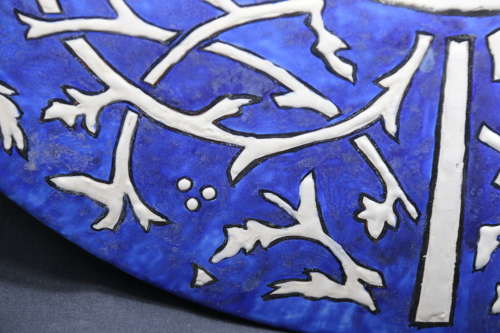 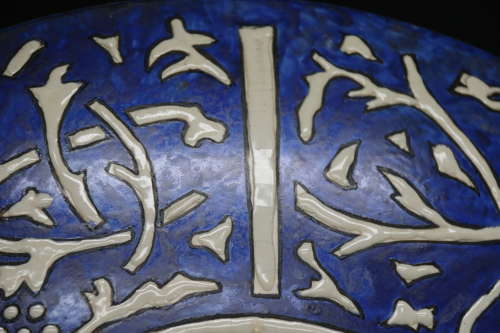 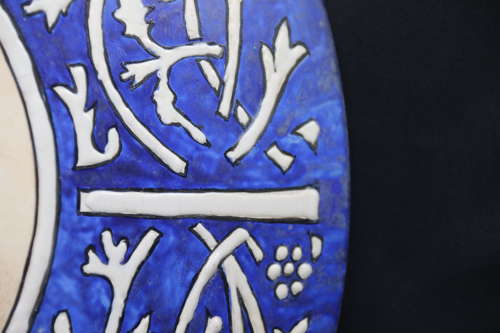 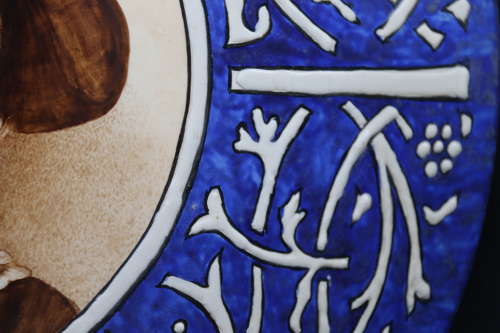 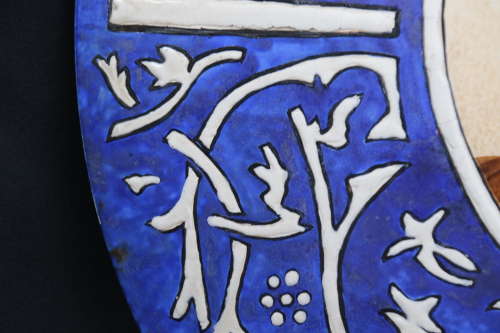 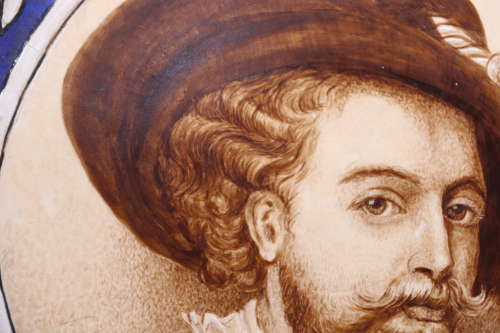 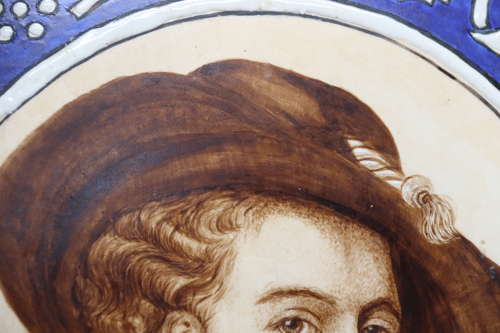 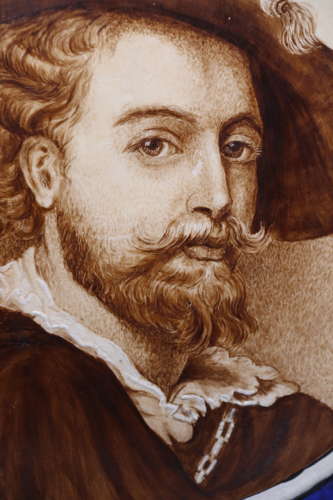 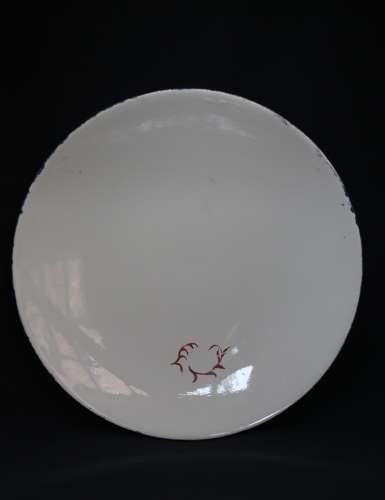 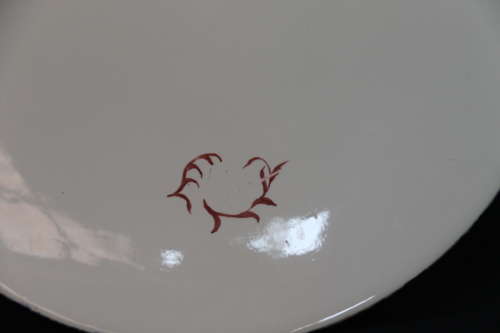 This striking and boldly decorated pottery domed wall plaque is most likely French.  It has a broad vivid blue surround which is decorated in raised white enamel edged in dark blue which forms an intricate entwined branch like design separated into quarter segments. There is a central panel which is exquisitely hand painted in sepia and brown tones highlighted with white of an early portrait of the Dutch artist Peter Paul Rubens (1577 – 1640) which has been taken from the original self portrait which is in the Royal Collection.  It is in very good condition with no restoration. There is some very minor age related crazing to the raised white enamel.