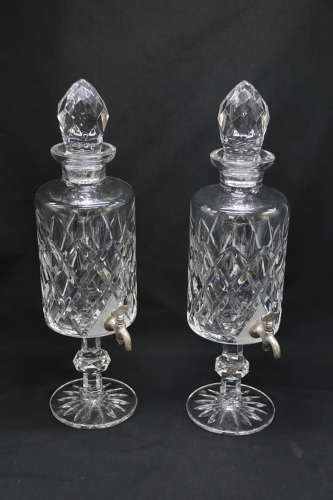 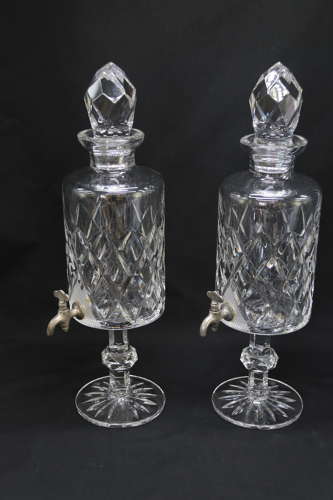 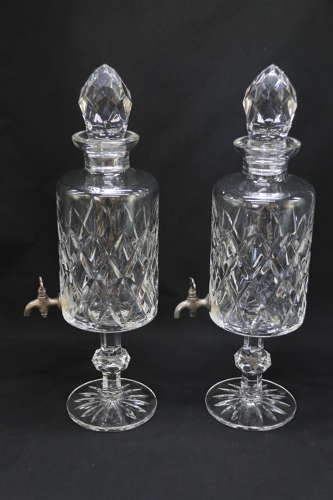 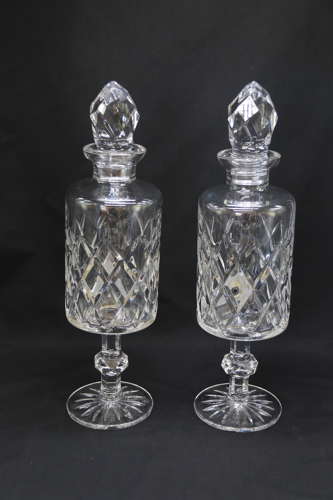 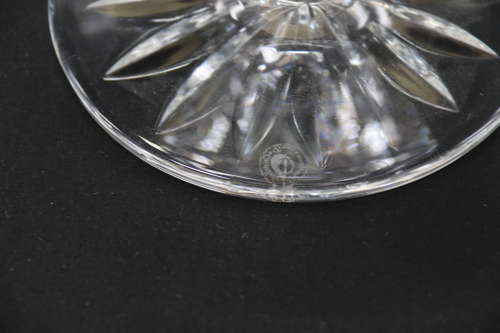 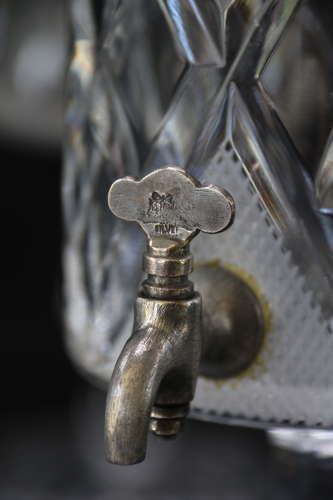 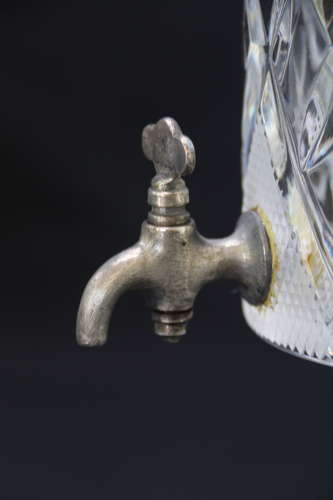 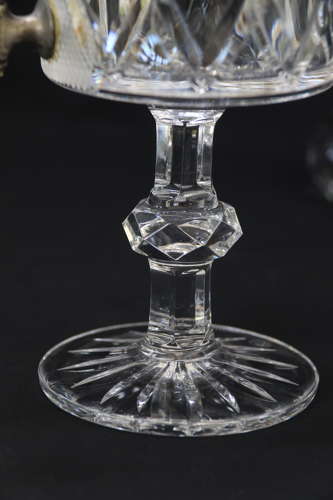 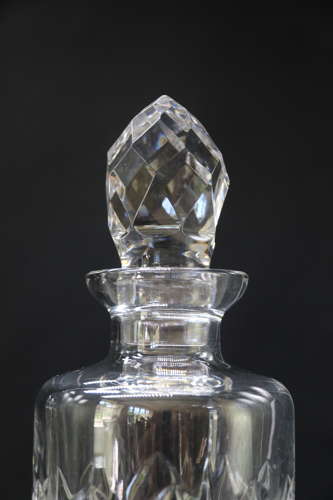 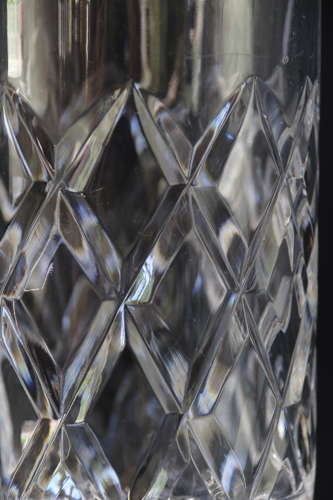 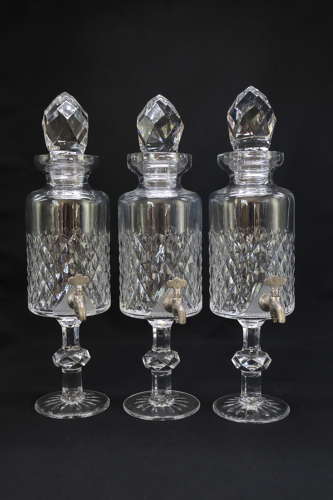 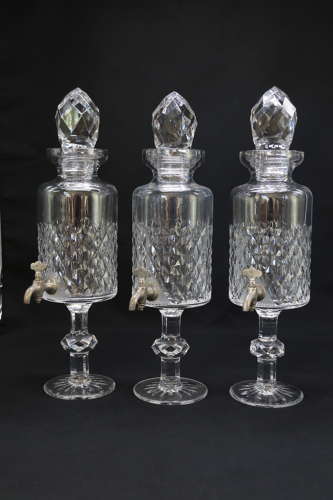 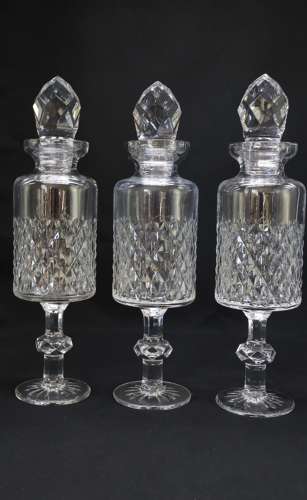 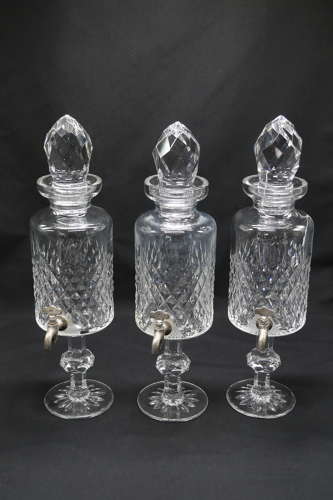 This most impressive set of five highly decorative perfume dispensing jars are a rarity. They were produced in France, circa 1930 by the highly regarded glass works of Cristallerie de Montbrown.

This high class firm was started in the 1920s by Mr Joseph Louis Ferstler. It was located in the small village of Montbrown in Lorraine, Northern France a small area which was known over the centuries for its exceptional crystal manufacturing and highly regarded around the world. These large examples were hand produced for a high class perfumery shop and would have been display items on the front of the counter containing expensive perfumes which would have been sold and dispensed from these jars directly into the customers personal perfume bottle. This method of sale was popular at this time. They are made from heavy lead crystal and stand on a broad flared foot and rise up on a slender hexagonal stem with a hand faceted knop in the centre. The main vessel is cylindrical and decorated with detailed hobnail cutting .Each jar is fitted with a solid silver tap for dispensing. At the top the jars are finished with a slightly narrower neck with a flared rim and each one is fitted with a large cut and faceted stopper from which they would be filled and sealed. The set comprises of five jars, three matching smaller jars and a matching pair of slightly larger ones which also have a slightly larger cut hobnail pattern. Each jar has an acid etched signature on the underside of the foot and the taps are stamped silver with a makers mark. All in perfect condition.