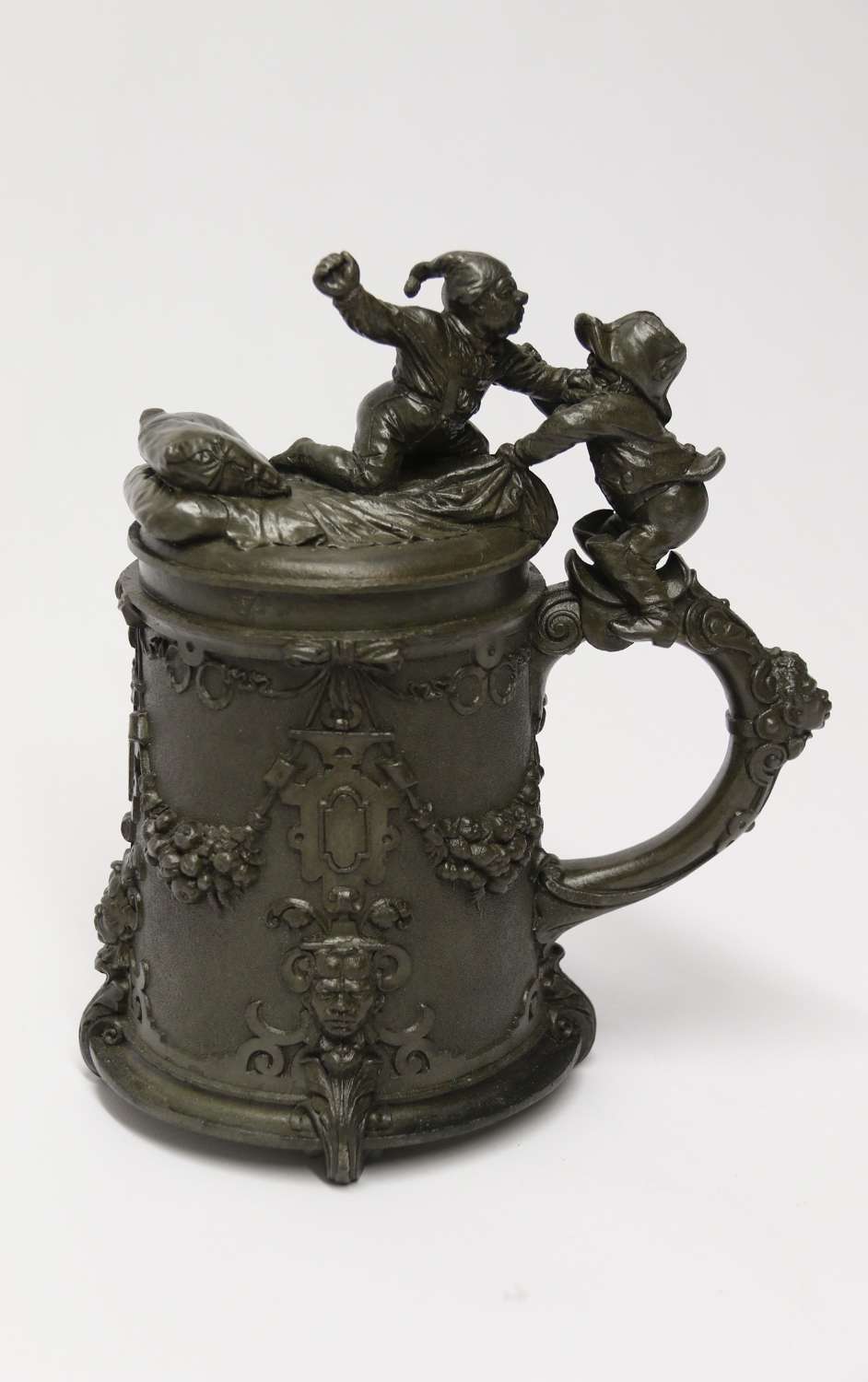 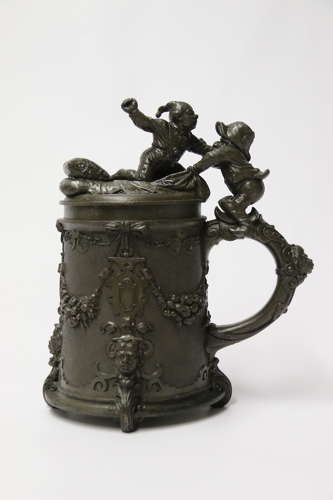 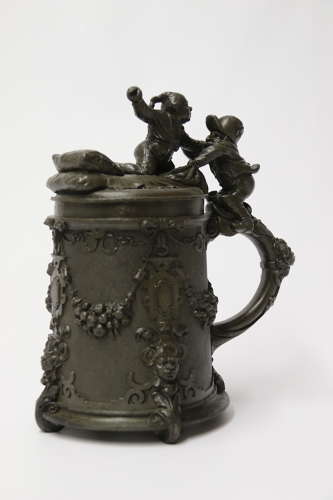 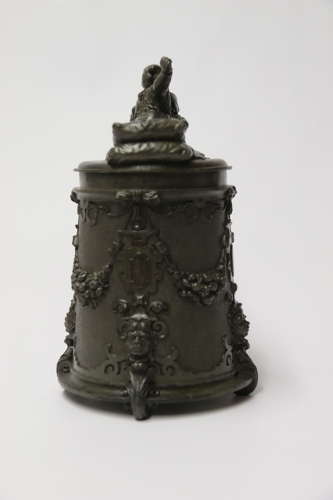 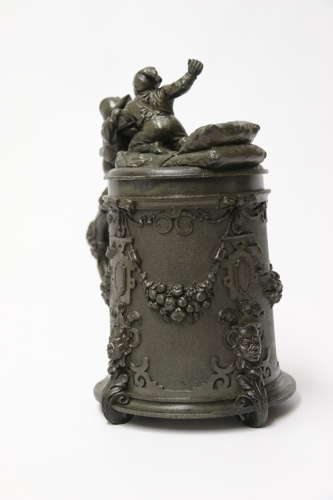 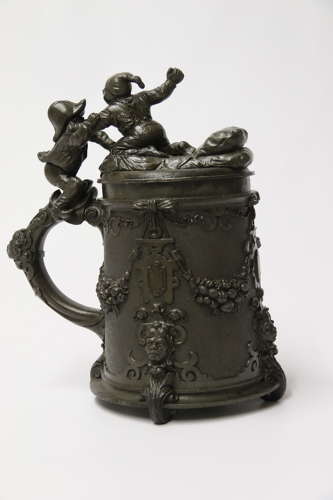 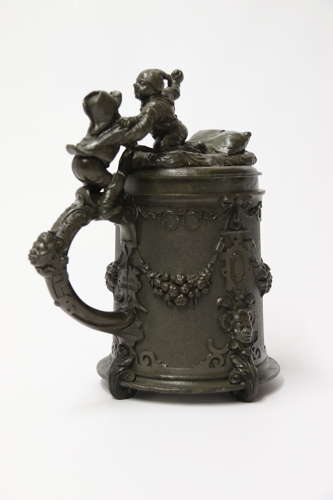 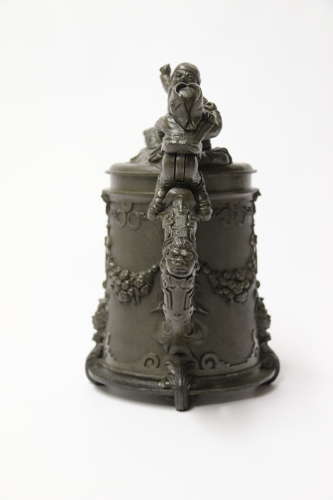 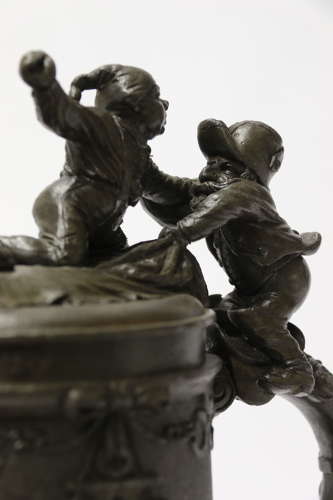 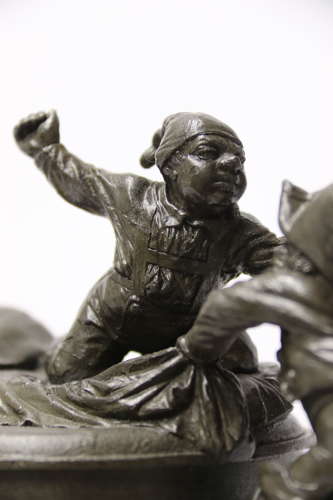 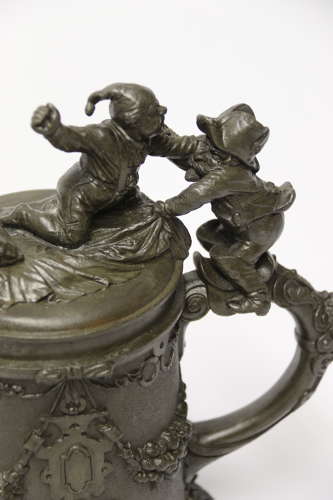 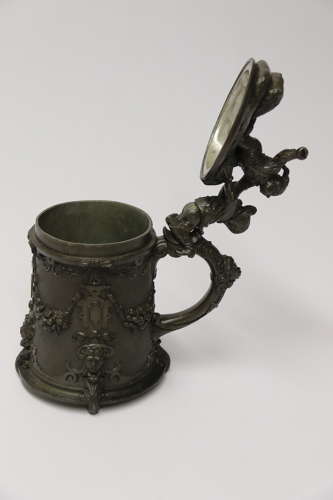 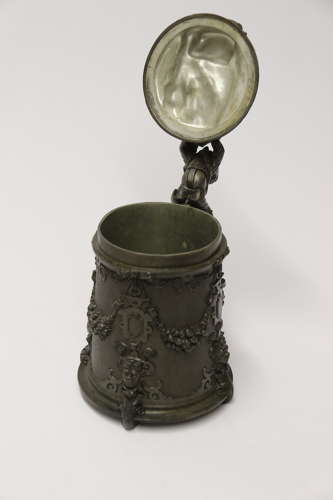 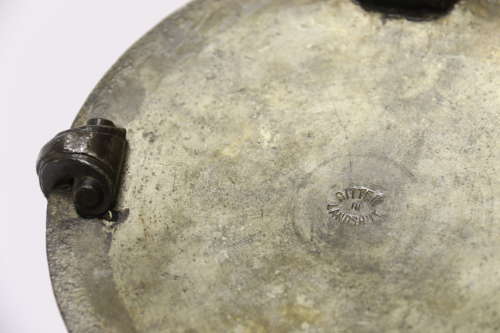 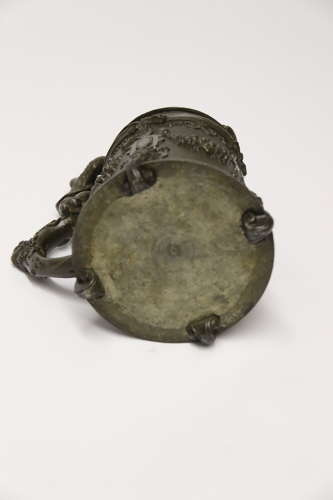 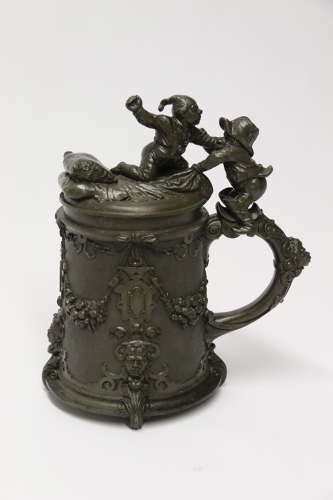 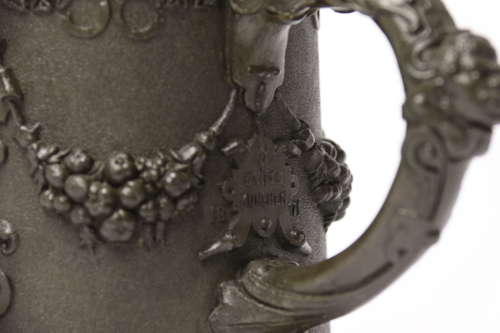 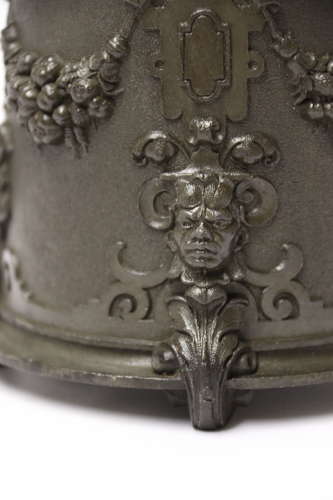 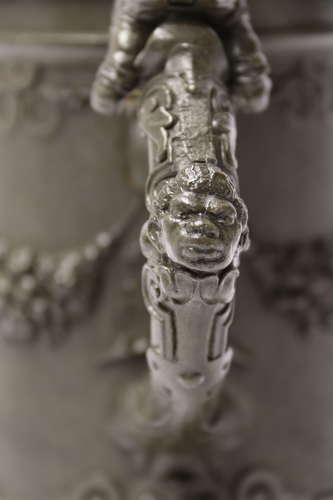 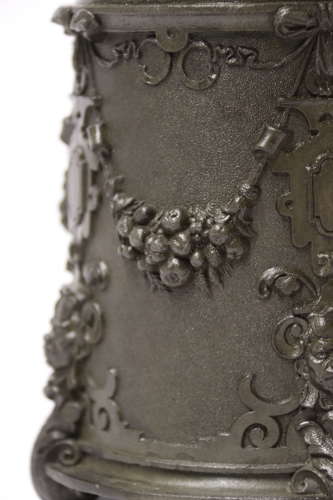 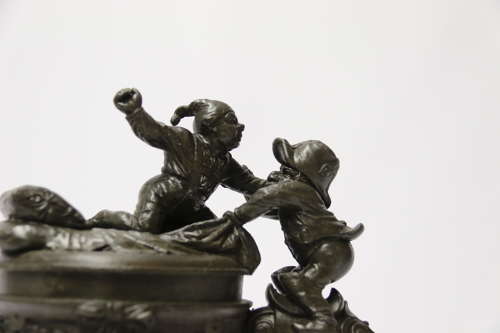 This rare and most interesting commemorative lidded beer stein was made by the highly regarded German firm Ritter in Landshut. It is beautifully modelled and cast in heavy pewter. The main body of the vessel has a tapering form and is decorated with trailing garlands of fruit hanging from ribboned swags with a central decorative shield which is raised above four very detailed masked heads which form part of the four decorative foliate feet elevating the stein. The large handle also has a matching central mask head surrounded with foliate scrolls. At the top of the handle and forming the hinge for the lid there is a magnificent pair of large solid cast figures, one on the handle and the other on the lid. These figures represent the French Prussian war of 1870 71. The humorous scene depicts a spirited pillow fight between the German der Deutsche Michael who has the upper hand and is sat on the bed wearing his nightcap whilst Napoleon III of France is fighting his way to climb up and gain the advantage of a comfortable resting place. There is a panel behind the handle entitled Barth Muchen 1871. The stein is stamped Ritter in Landshut on the base. In excellent original condition with a dark patina, circa 1870