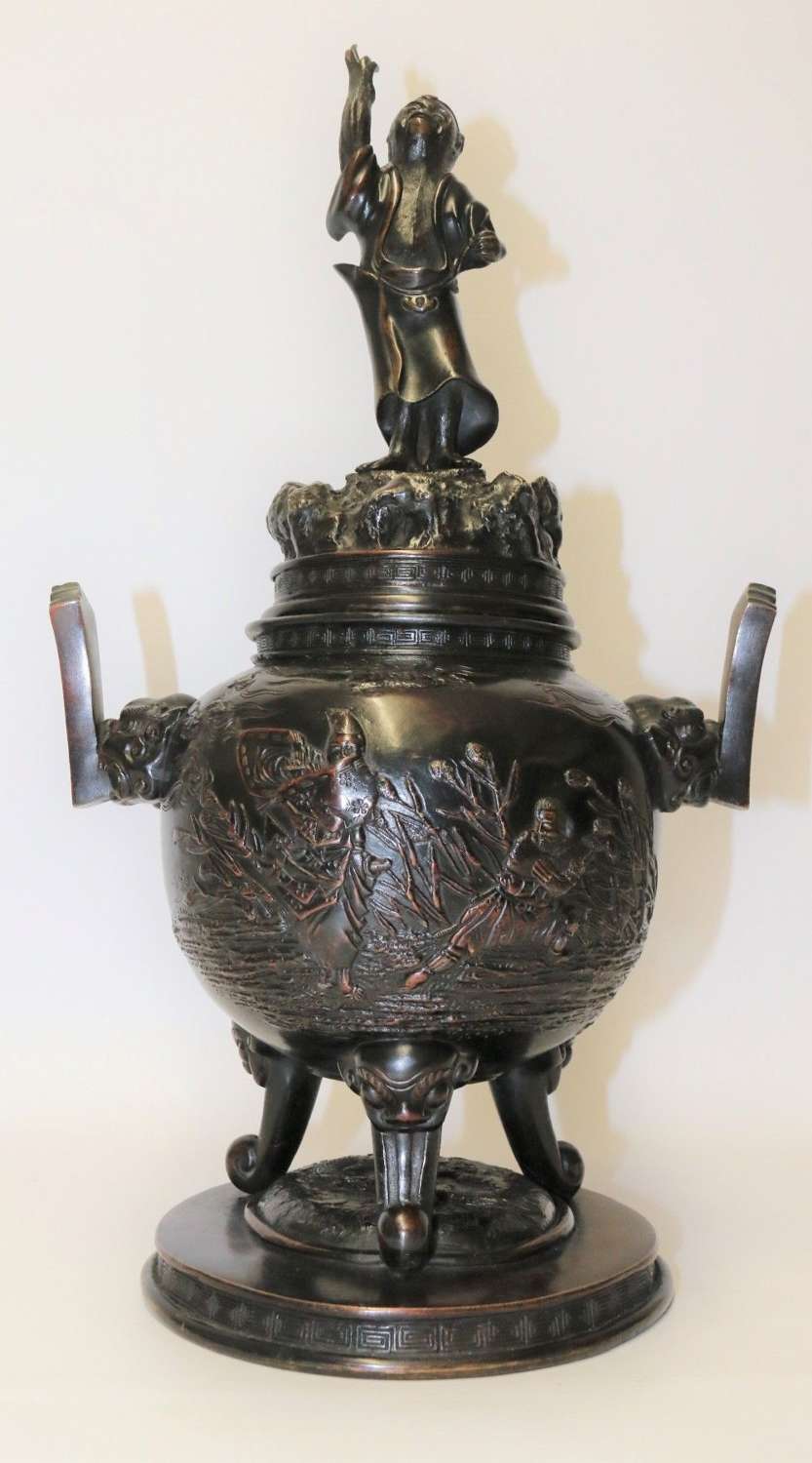 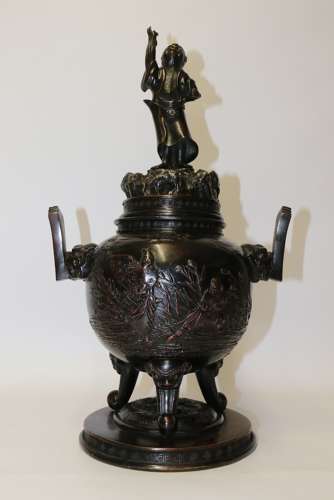 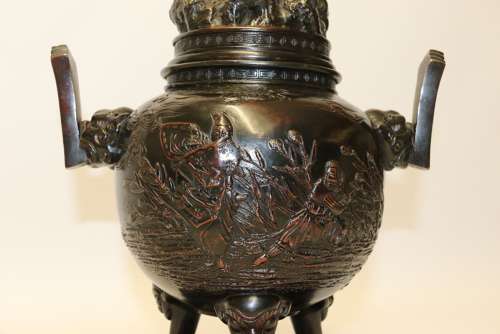 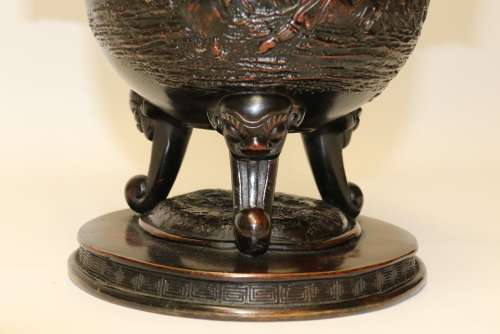 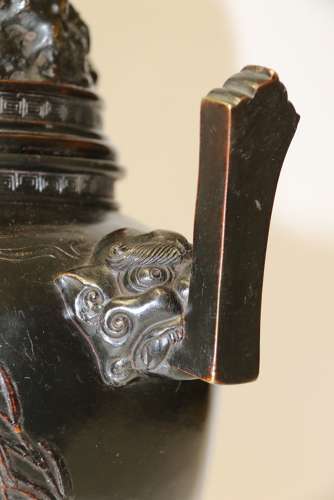 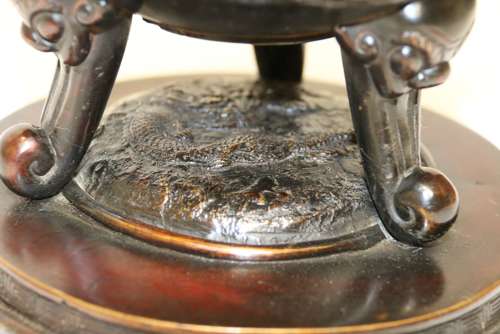 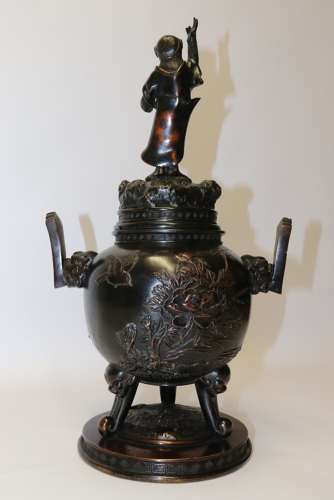 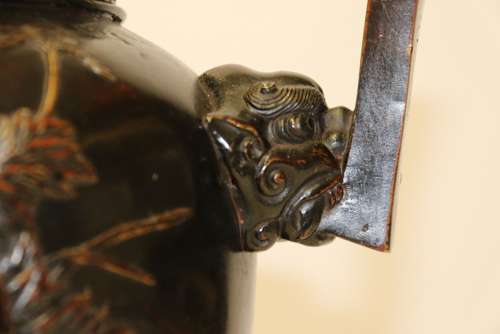 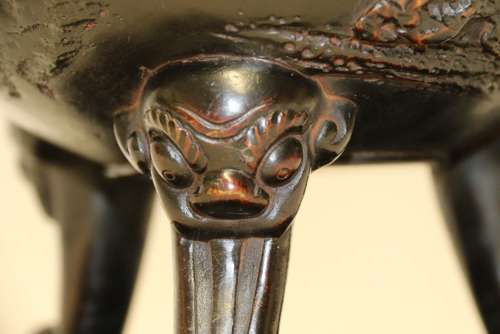 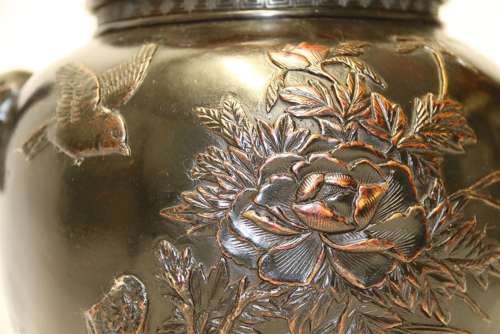 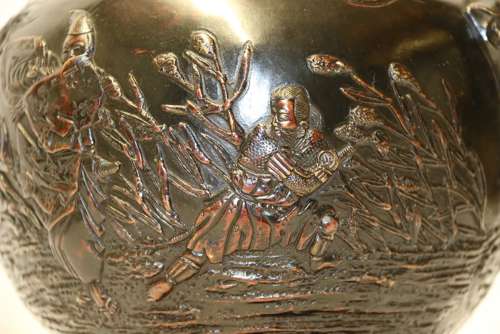 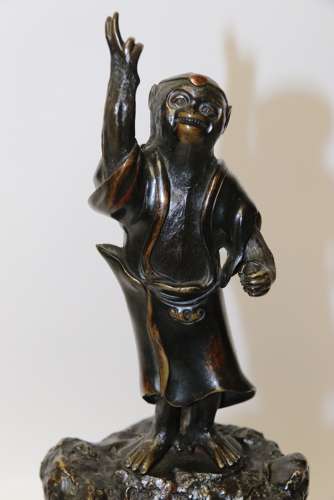 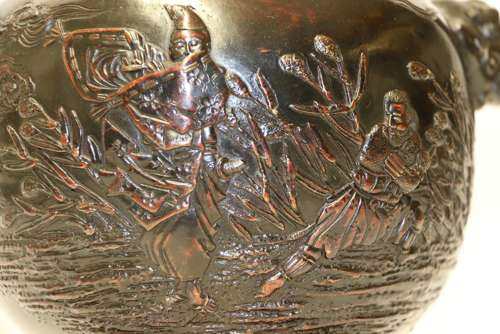 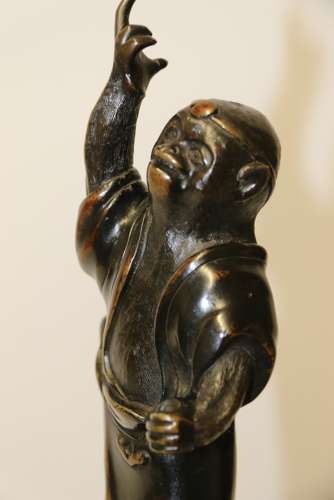 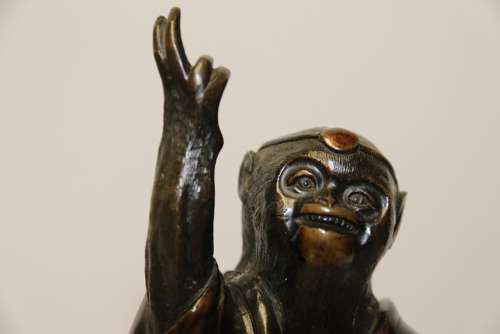 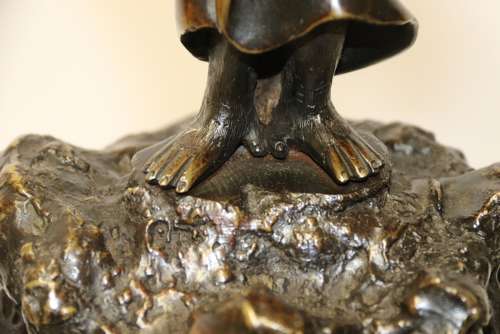 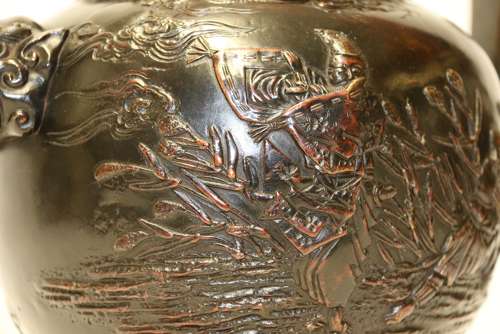 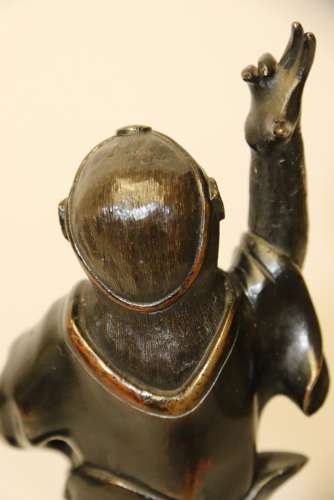 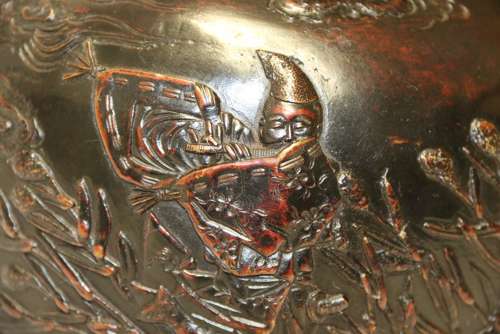 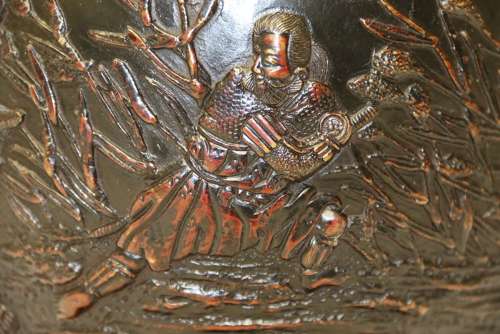 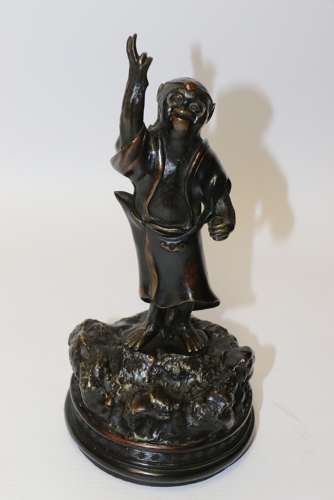 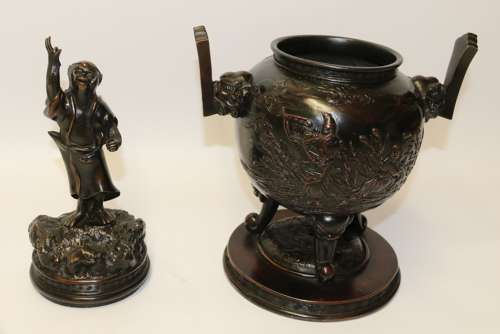 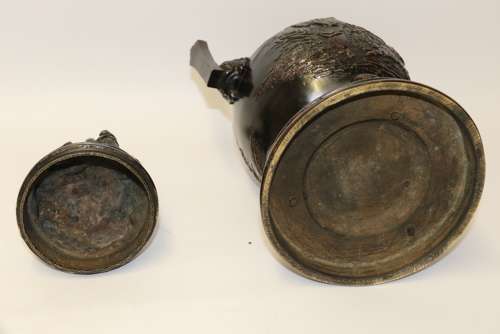 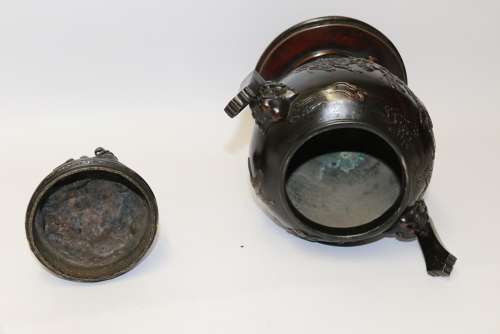 An impressive bronze Meiji period cencer which is made in two parts. The cover has a large standing figure of a monkey dressed in robes with one arm raised while looking up with happy expression. The top of the cover is cast with a naturalistic rock formation and is further enhanced with a band of Greek key pattern below. The cencer body has two raised mask head handles for lifting and on each side, there is a finely detailed scene, one with fighting samurai and on the reverse a floral scene with peony and a flying sparrow. Below the cencer is supported on three raised mask head feet that sit on to a circular cast base with a similar Greek key pattern boarder.
Circa 1900