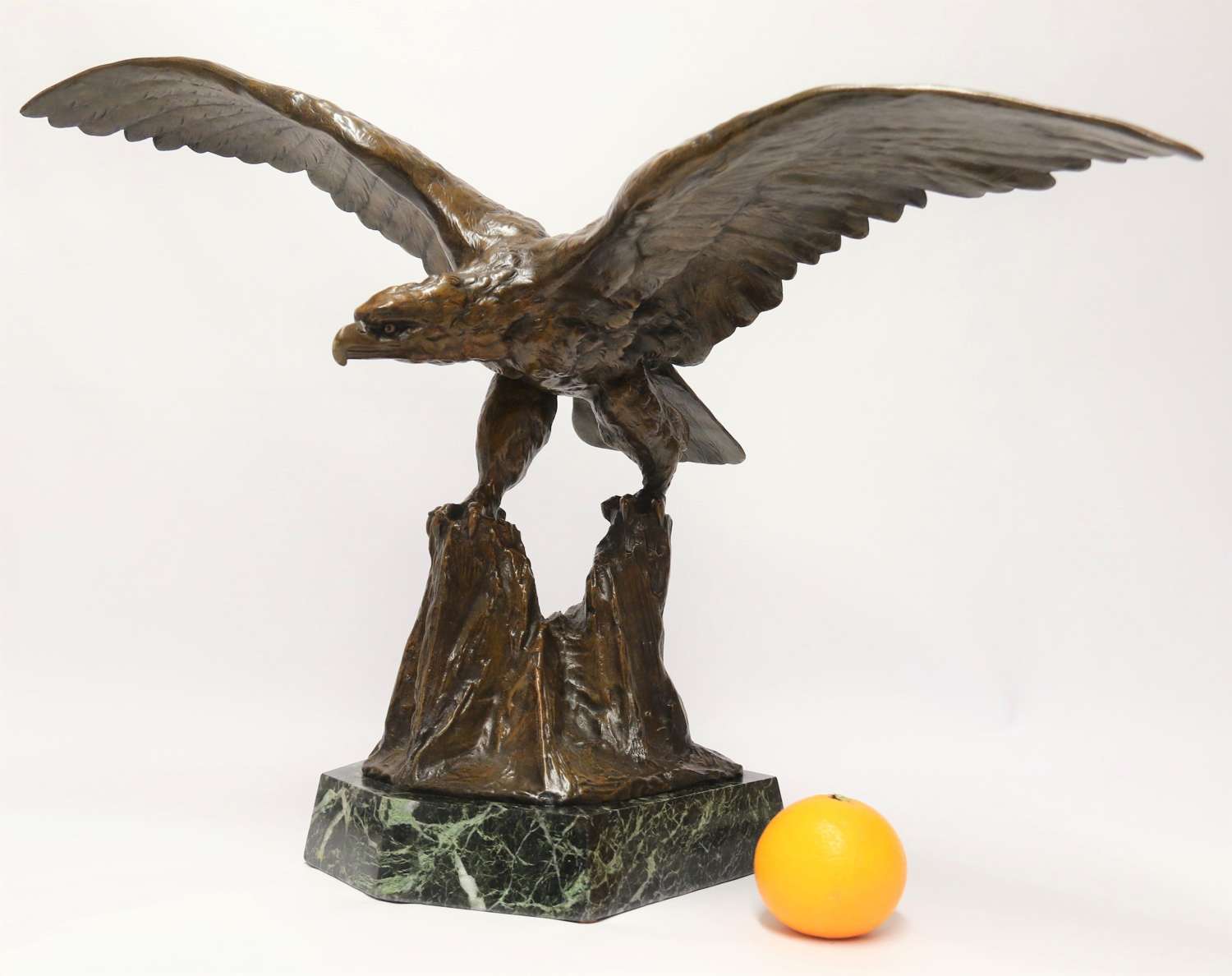 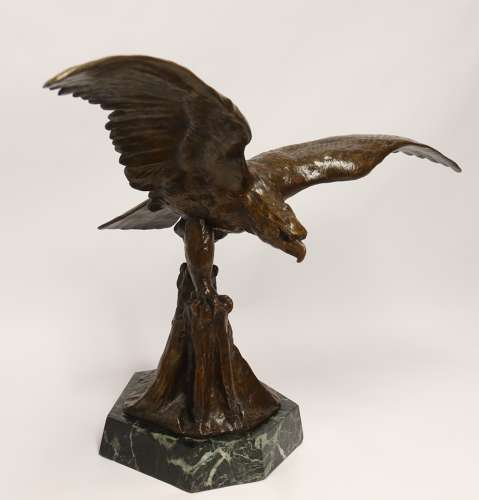 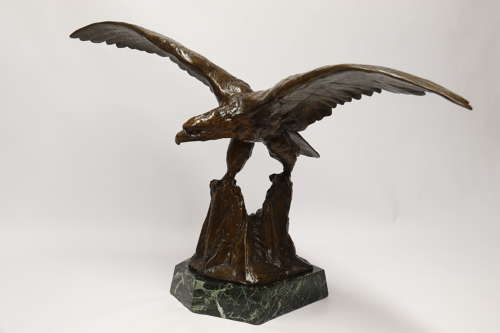 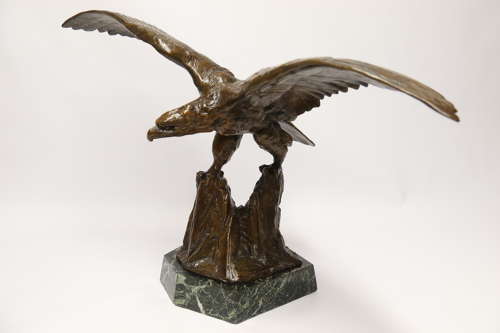 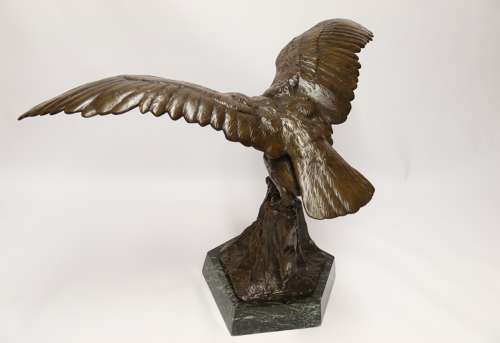 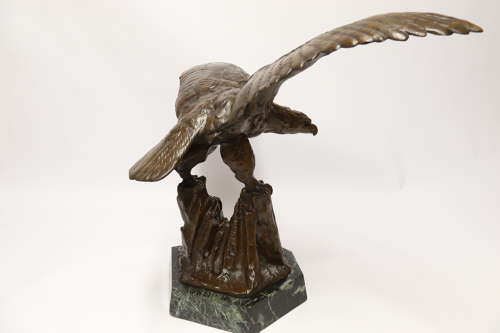 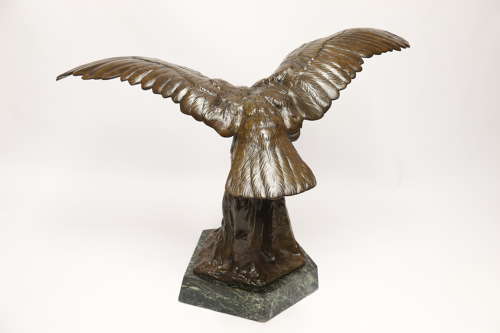 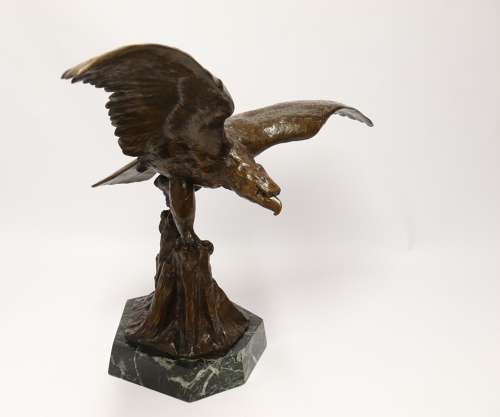 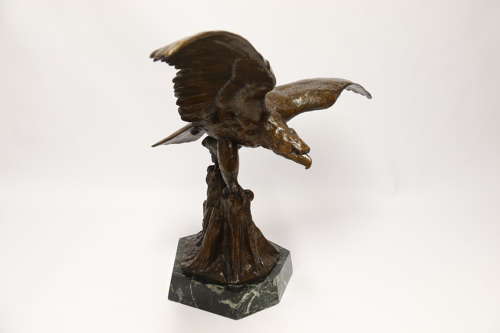 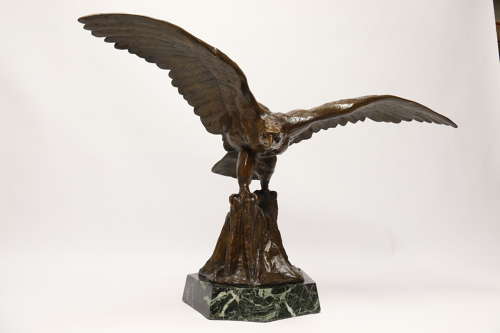 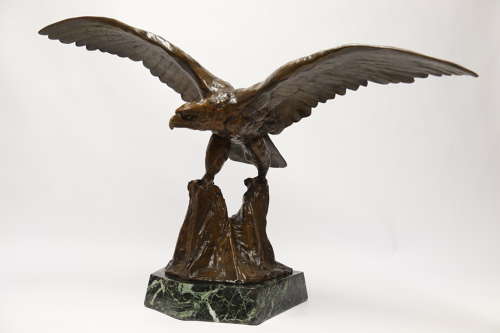 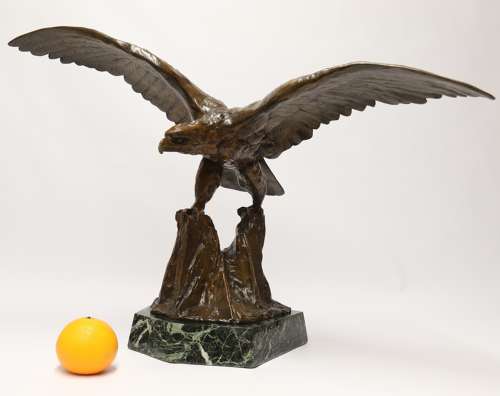 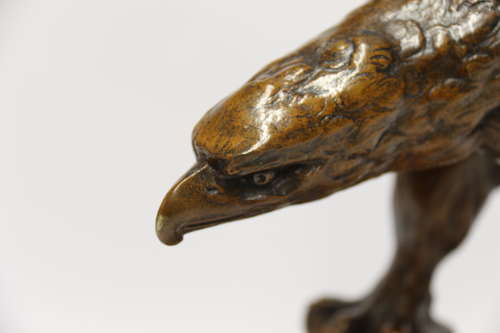 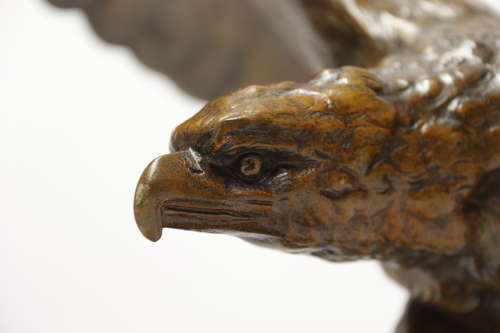 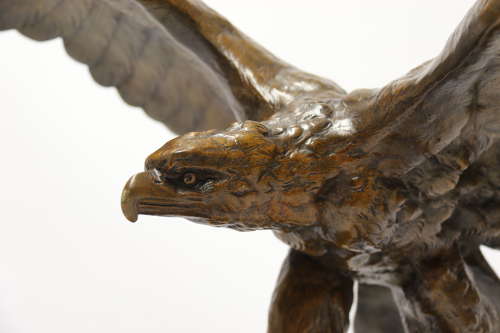 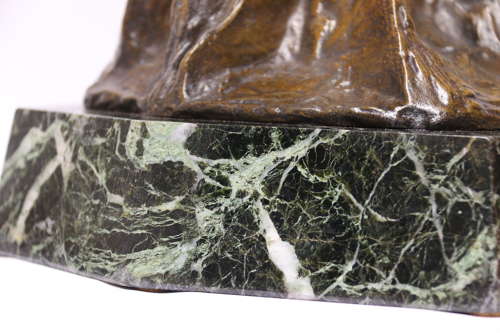 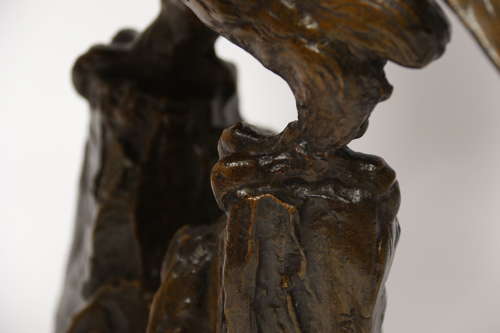 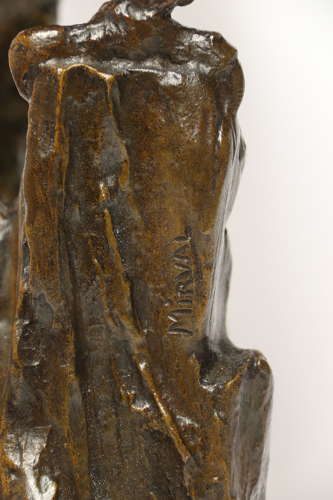 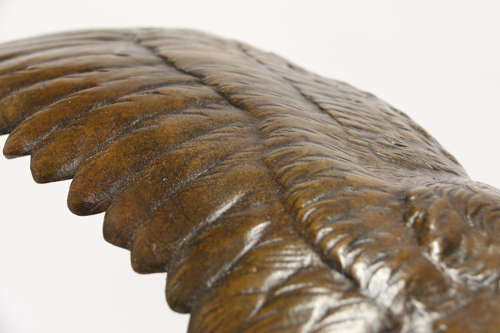 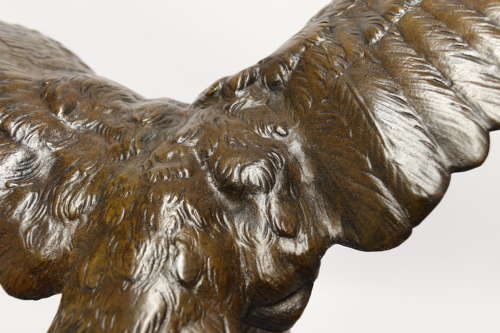 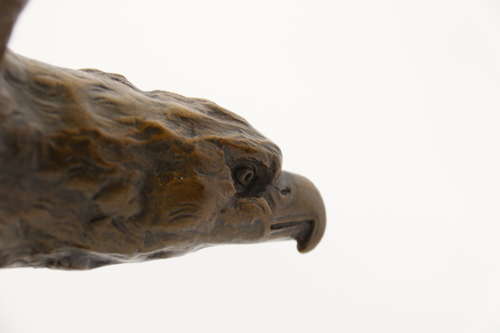 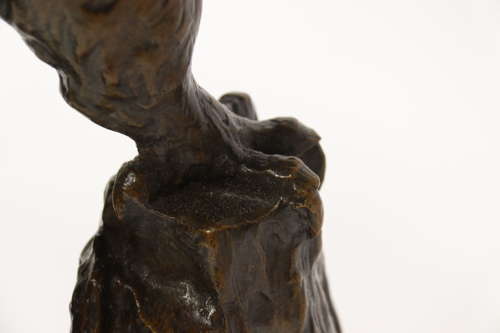 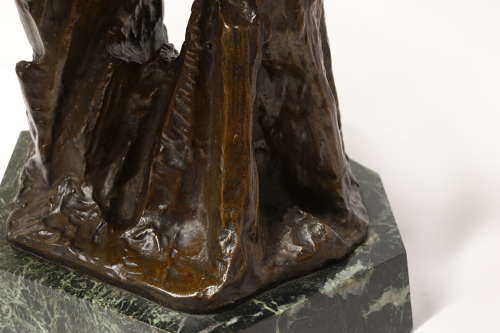 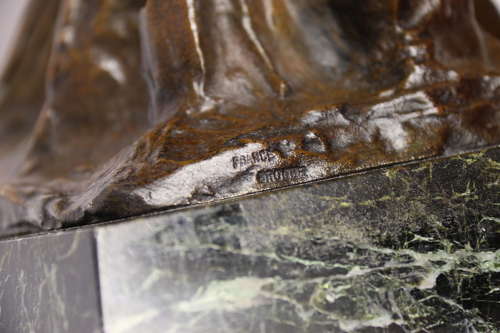 This superb and  large scale sculpture cleverly depicts an eagle with wide outspread wings having just landed on a rocky ledge. It was produced by the highly acclaimed French artist Claude Mirval who worked from the late 19th century and into the first quarter of the 20th century. He produced a diverse range of sculptures. This magnificent and finely detailed bronze has cleverly captured the power and movement of this large raptor in a very complicated position. It is signed on the reverse of the naturalistic rocky base Mirval and it is also in small letters stamped France and bronze.

It is further enhanced by being mounted onto  the original  rich green marble base with white veins which is cut and polished to the shape of the bronze base. This impressive bronze is in very good condition and has a mellow toned mid brown patination.