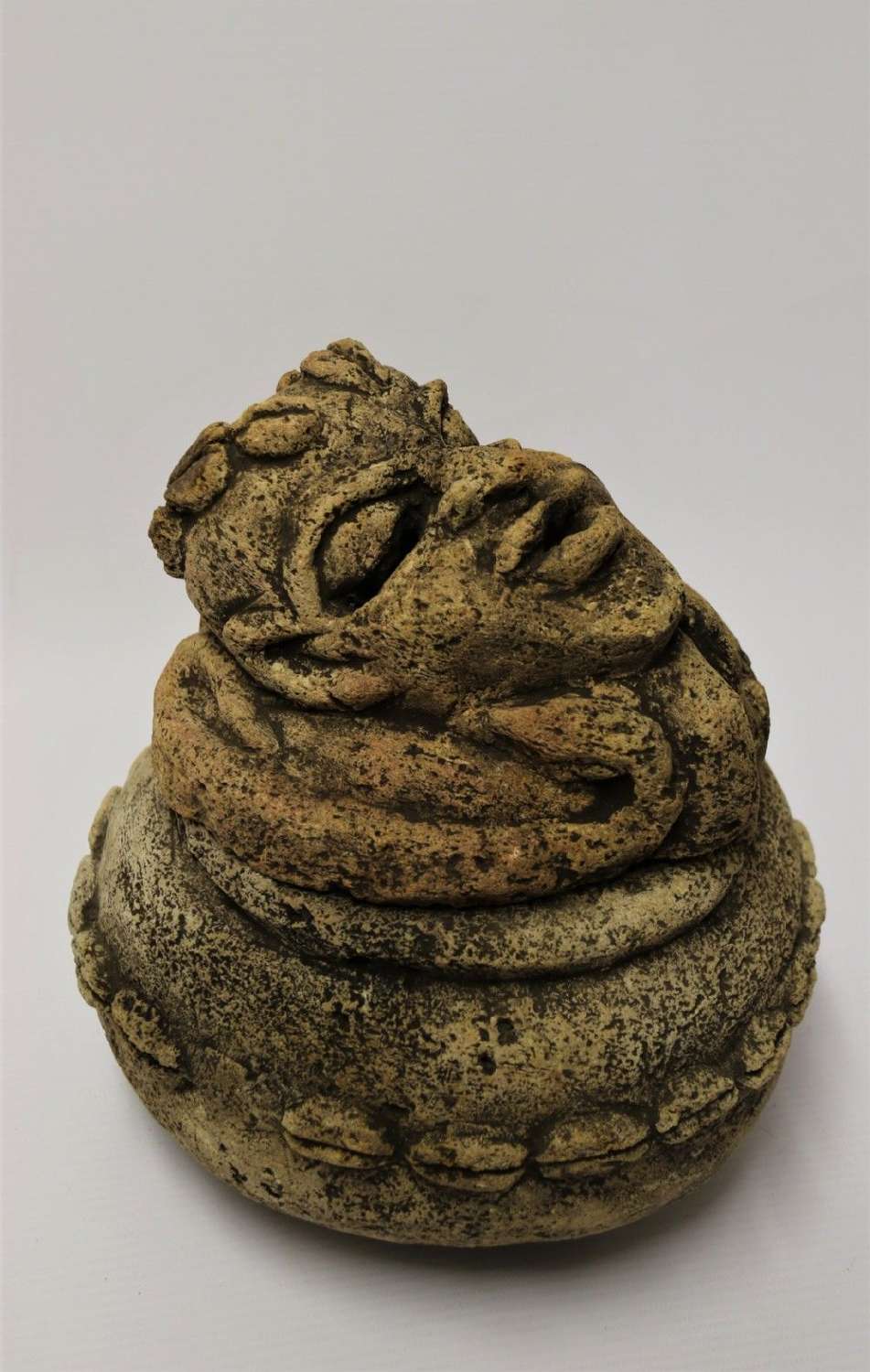 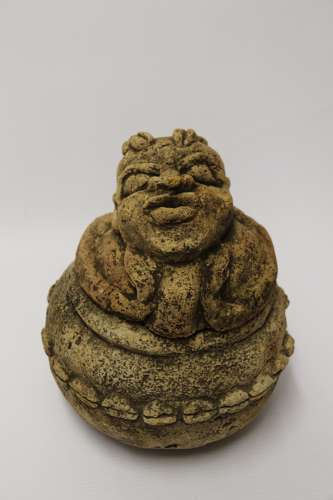 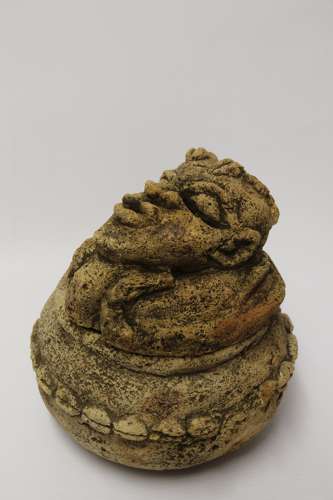 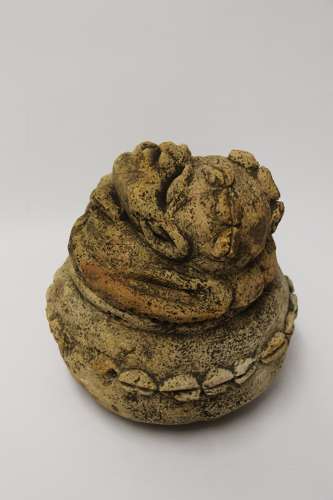 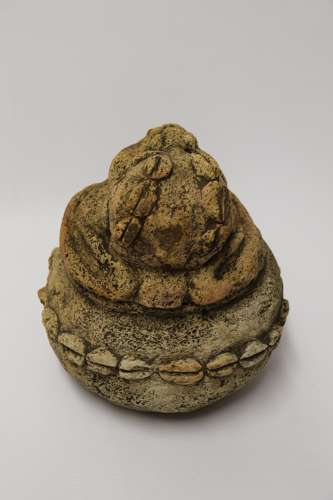 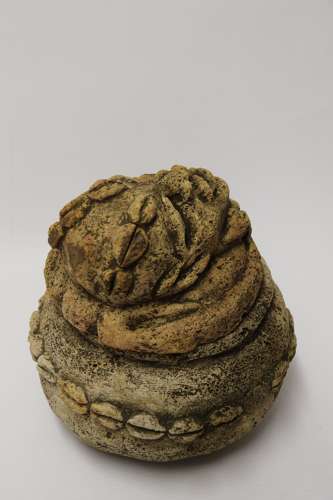 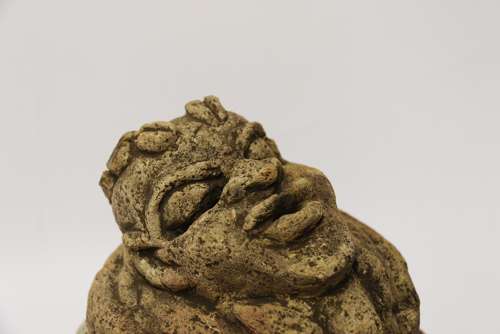 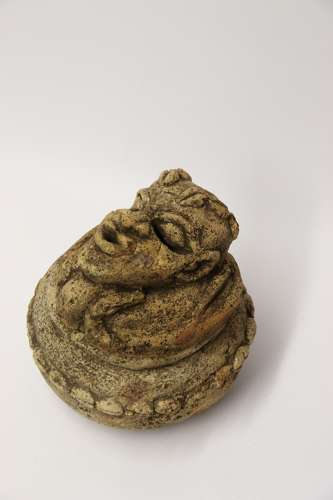 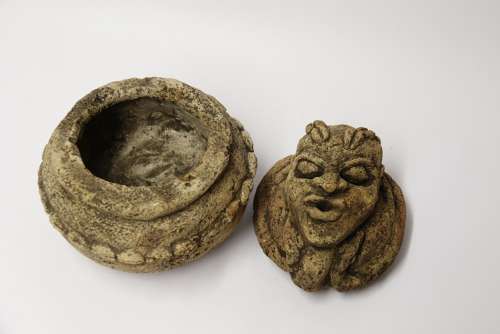 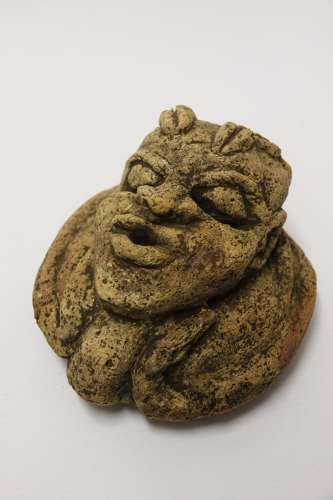 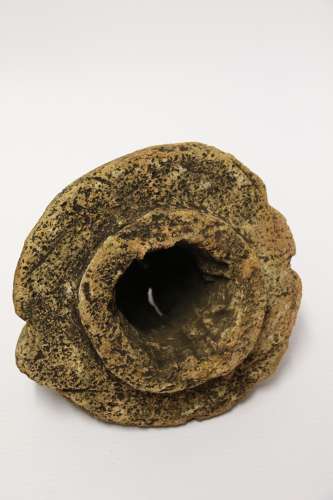 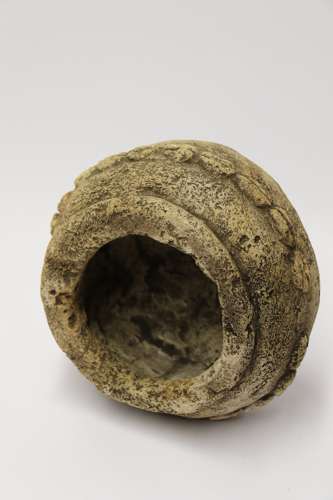 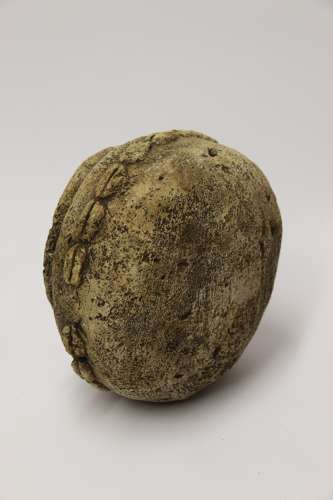 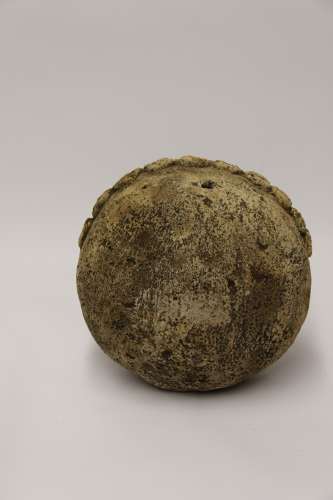 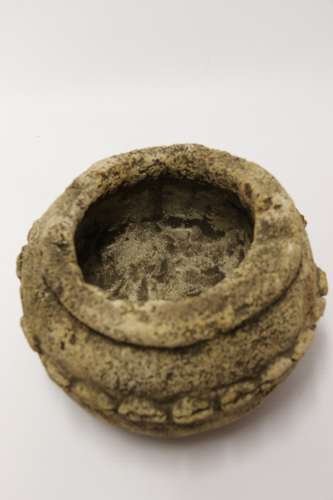 This fascinating and most eye catching ancient relic dates from at least the 16th – 17th century or is possibly older. It is hand carved from mellow limestone and is in the form of a hollow pot with a lift-off decorative lid which is deeply carved with a three dimensional stylised tribal figurehead. This remarkable piece clearly shows the remains of chisel marks in the limestone produced during its manufacture. The pale golden surfaces have age pitting which shows its exposure to the weather and natural elements. These fascinating pieces were produced by the Mende people and are usually found buried on Mende land, now known as Sierra leone. They were often carved from soapstone or limestone and occasionally granite. They were used as oracles.
The Nomoli figurative carvings were believed to bring protection, good health, good harvest and meals to eat. This rare and interesting piece is in good condition with superb old surfaces and fine mellow colour.