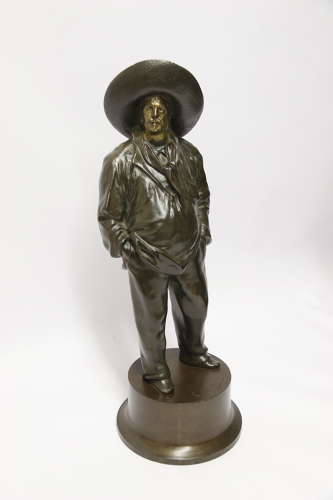 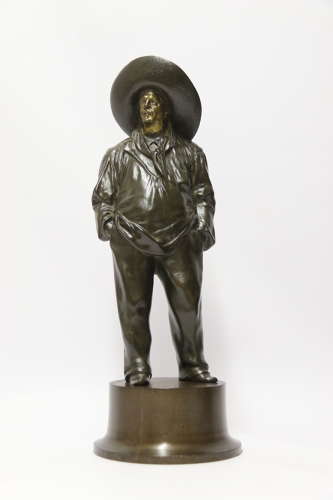 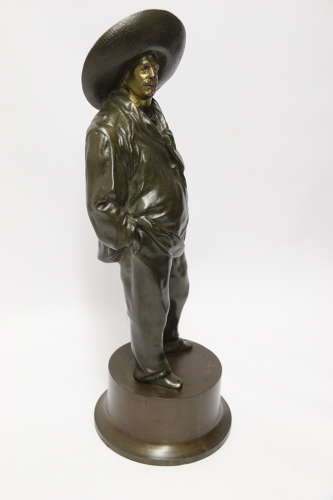 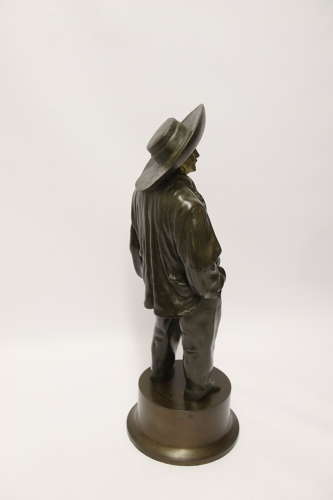 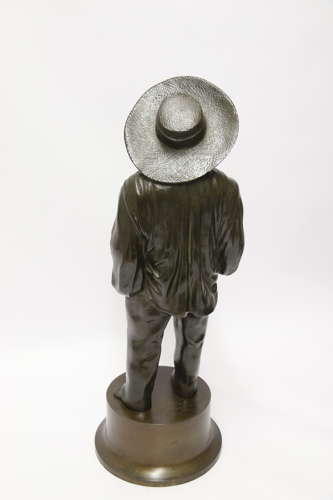 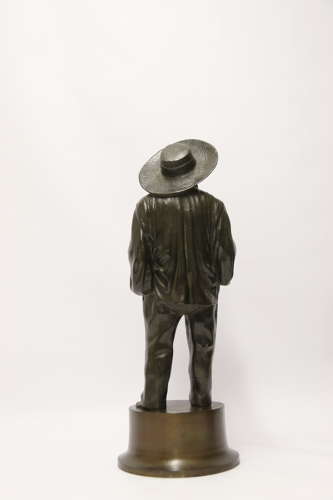 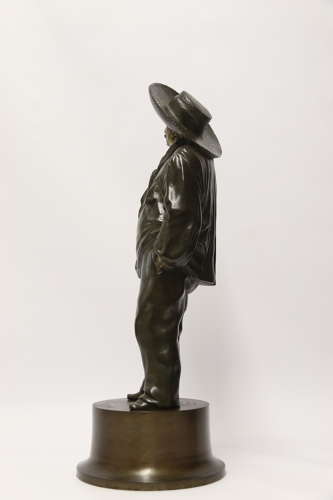 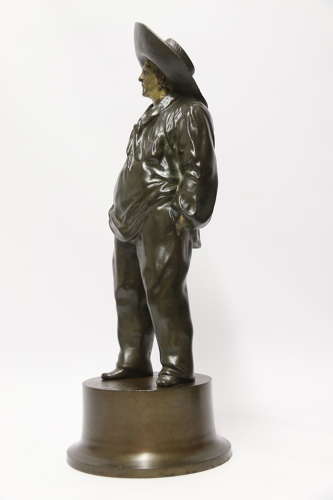 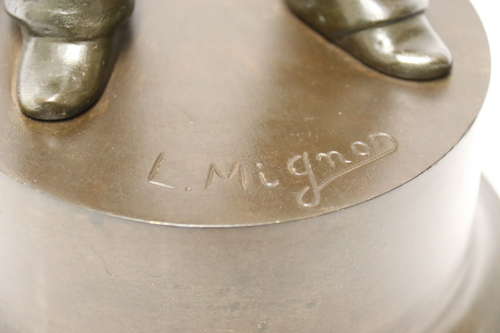 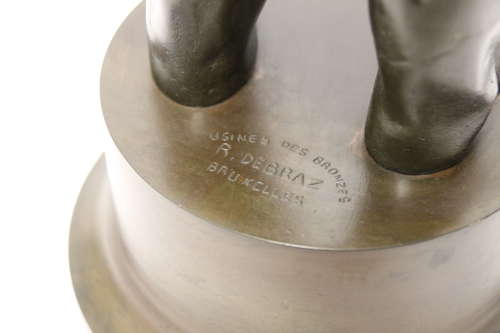 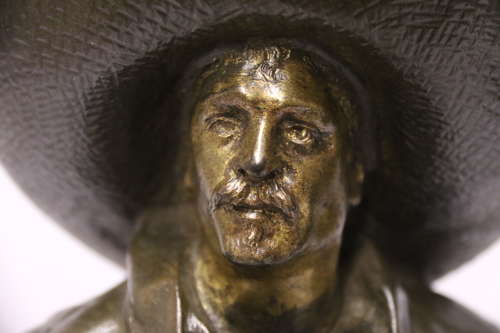 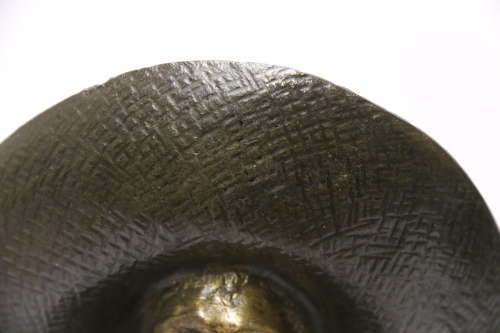 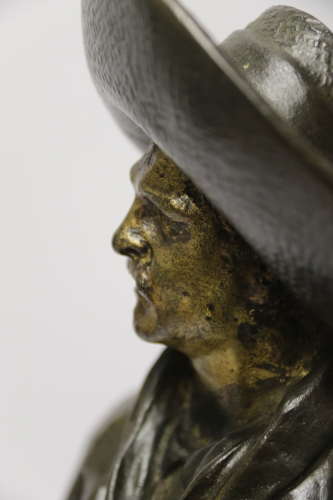 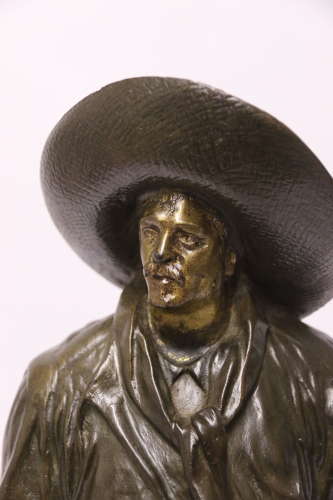 This impressive and unusual bronze sculpture is by the French sculptor Leon Mignon (1847 - 1898).

It represents The strong, who were few in number, were recognized at first sight by the "coltin": a large characteristic hat in yellow leather with very wide brims and equipped with a lead cap inside, which allowed them to support heavy loads. "stuck" on the head and which protected it, as well as the neck and the shoulders.

As a distinctive sign between them, the strong wore, on the lapel of their blouse, a rectangular plate - silver or copper - with the arms of Paris, indicating their title of "Fort" and engraved with their surname.

To carry the loads to Les Halles there were also other employees: the porters or carriers, dressed in a blouse and wearing a cap. They were in charge of chores on the “carreau des Halles”, the space around the pavilions where the open-air sale took place.

It is very well modelled with good detail to the characterful face which is finished in gilt. The figure stands on a raised circular plinth that bears the signature L Mignon and has a Brussels foundry mark for R.G Debraze at the back. This piece is in good condition and has a dark brown patination to the plinth and in contrast, the figure is in dark green.  Circa 1870