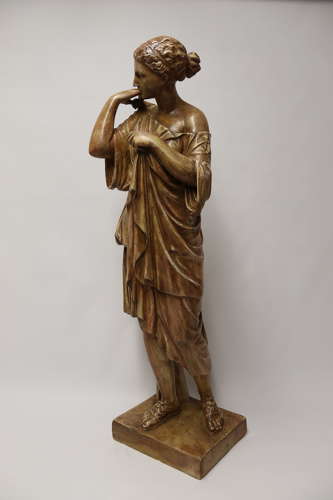 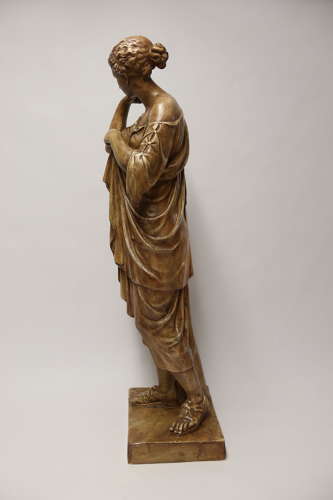 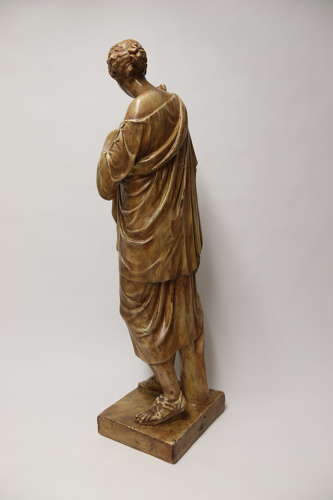 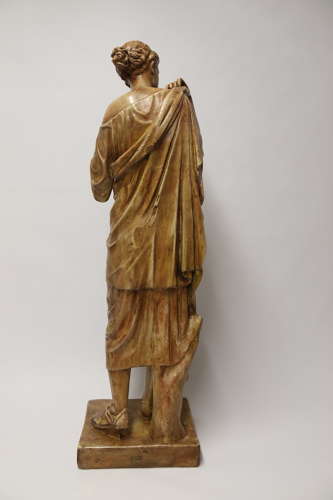 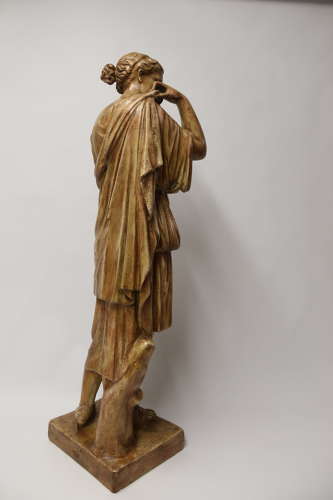 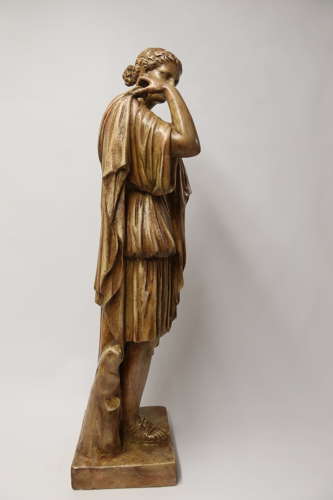 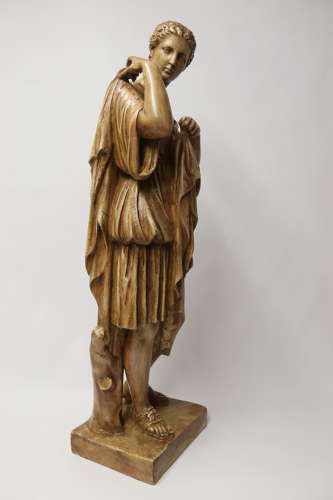 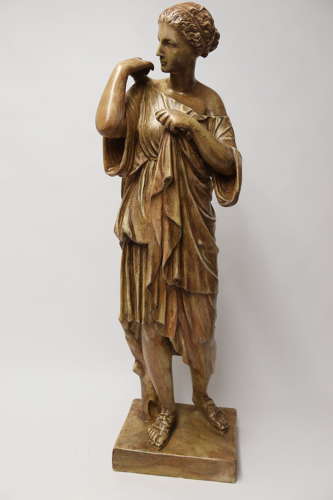 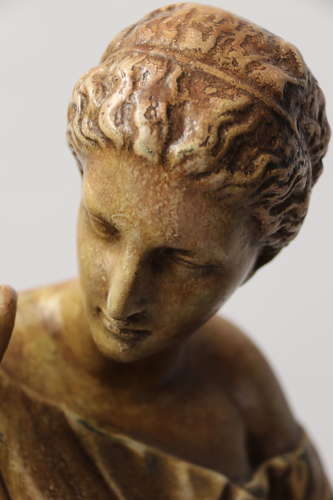 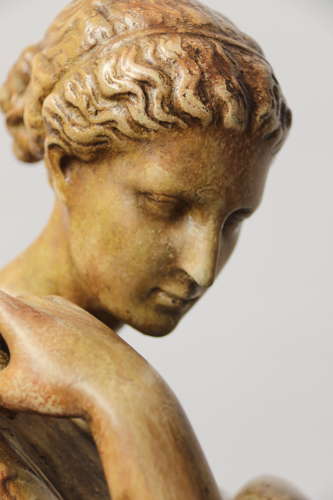 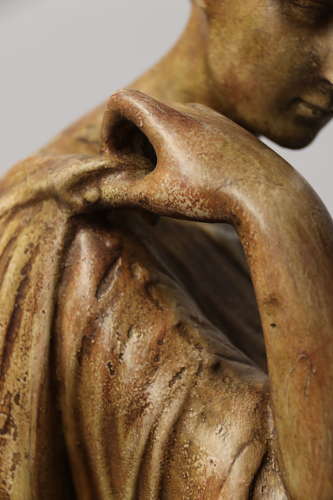 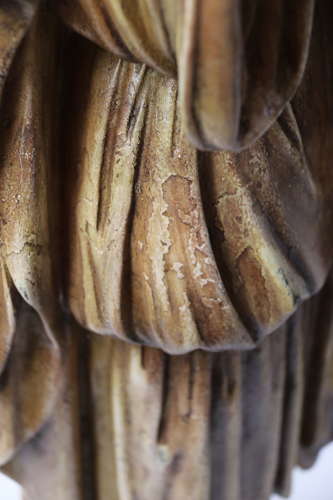 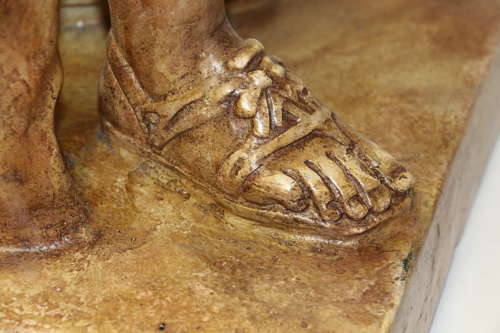 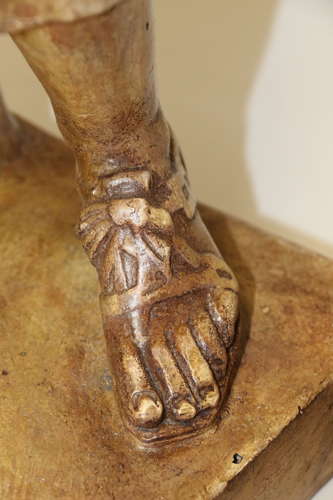 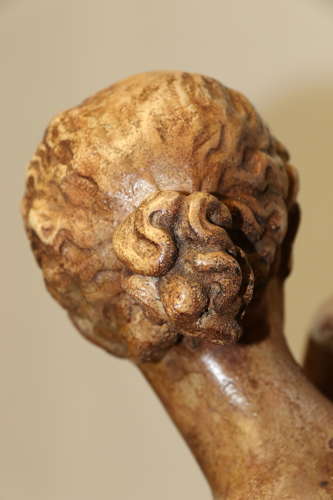 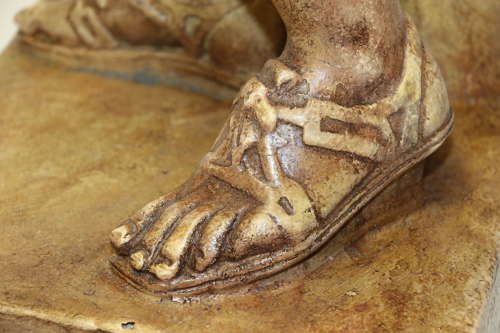 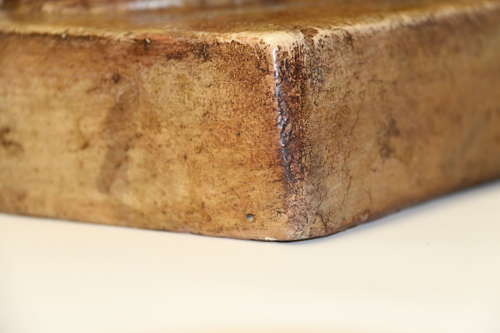 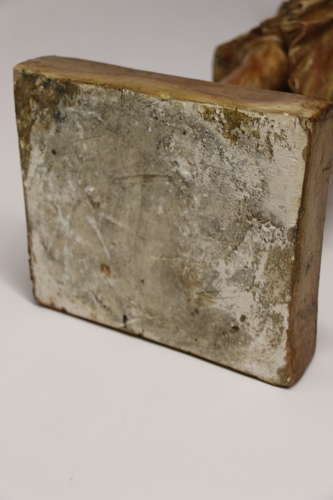 This large and decorative example dates to the mid 19th century. It is cast with good detail in plaster and has an old painted marble surface which incorporates interesting soft tones and patination. It is of an impressive scale and would look stunning in any home or interior.

The original sculpture from which this reduction taken is in the Louvre in Paris. It was excavated in 1792 on Prince Borgheses property Gabil outside Rome. The statue is attributed to the Greek artist, Praxiteles and is since referred to as Dianna De Gabies, also known as Dianna Robing, the goddess of the hunt, the moon and birthing. This interesting figure is in good condtion  and has great eye appeal.