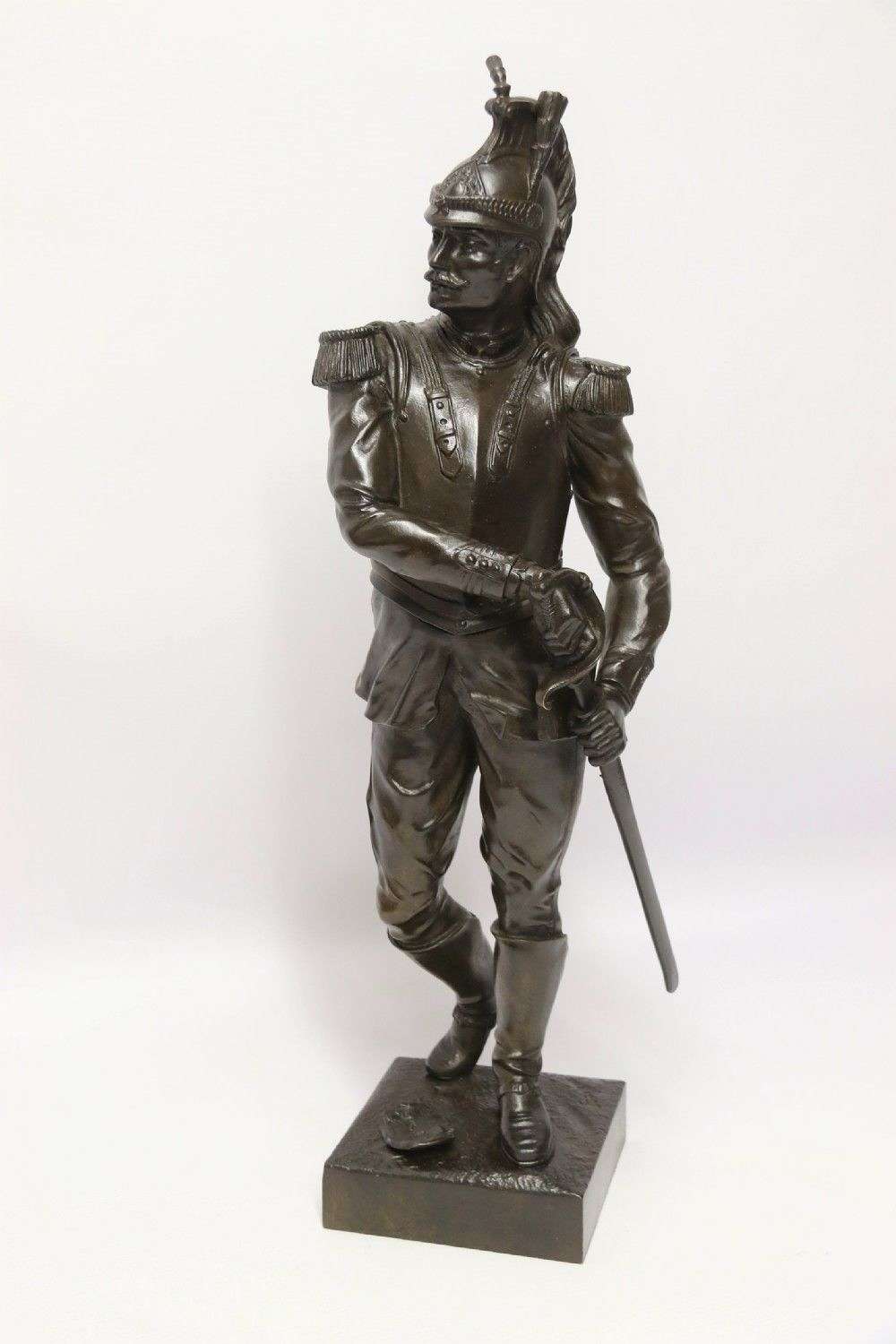 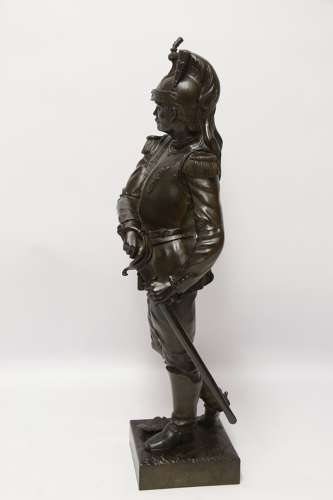 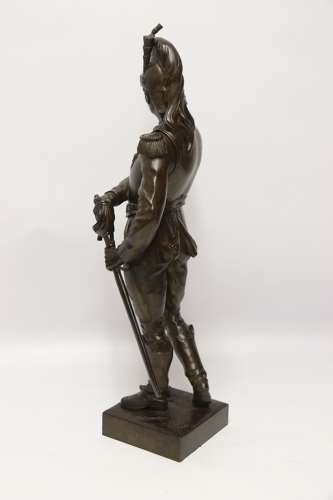 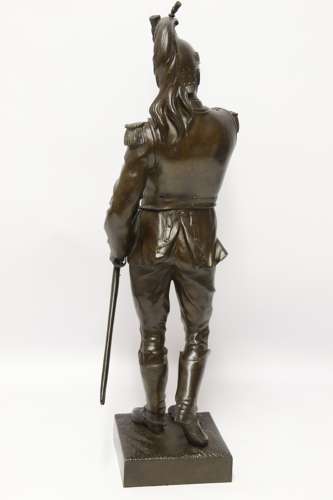 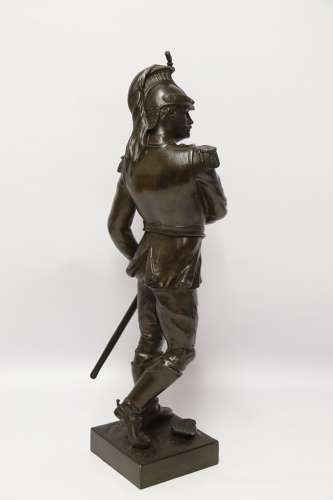 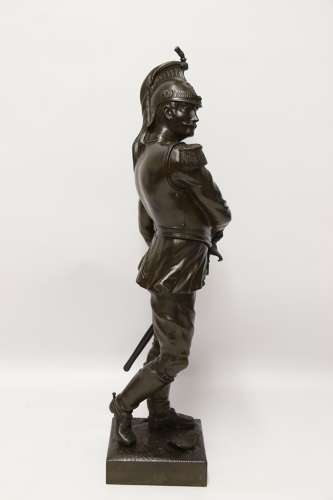 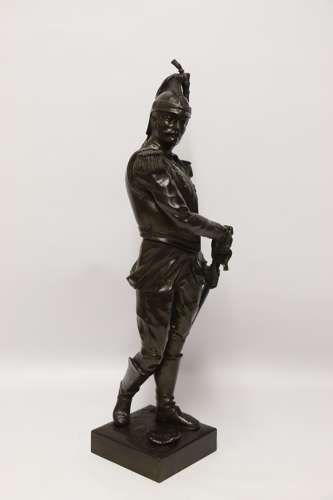 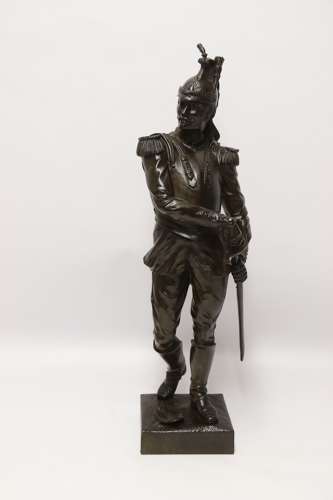 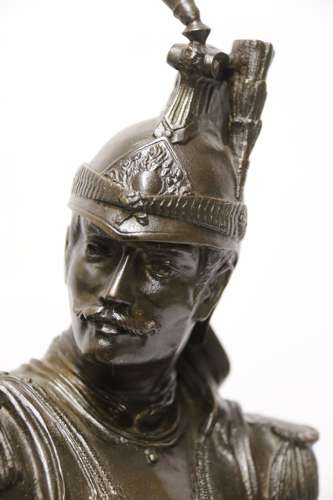 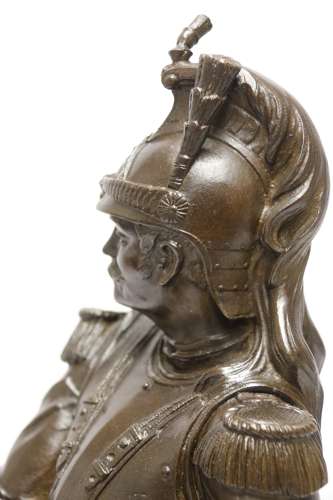 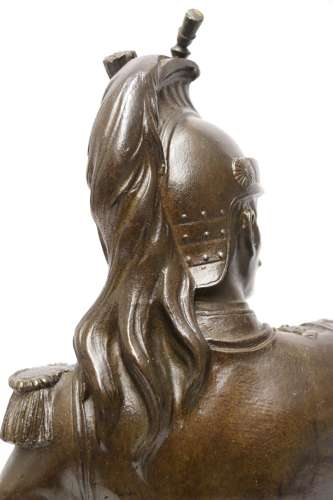 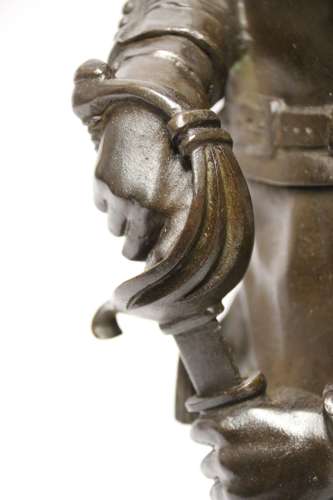 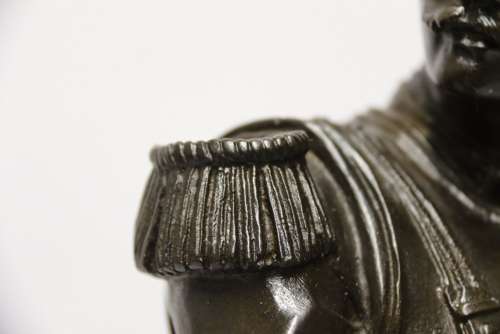 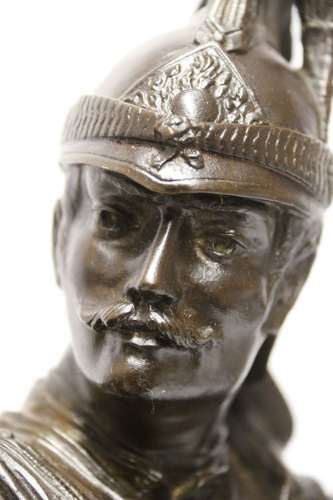 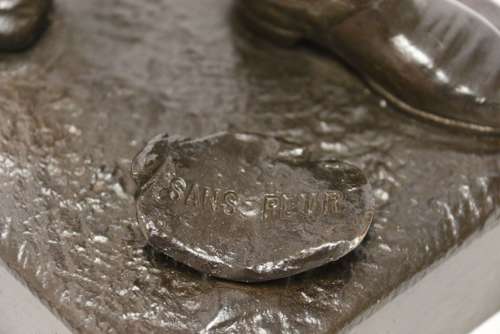 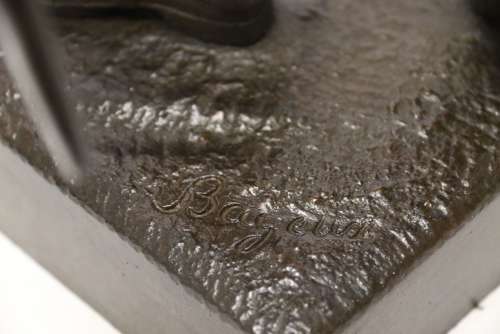 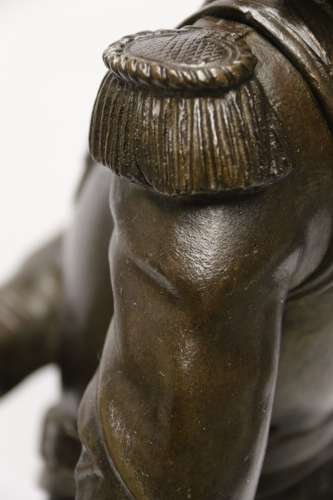 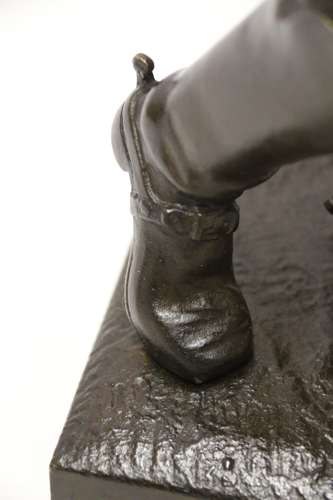 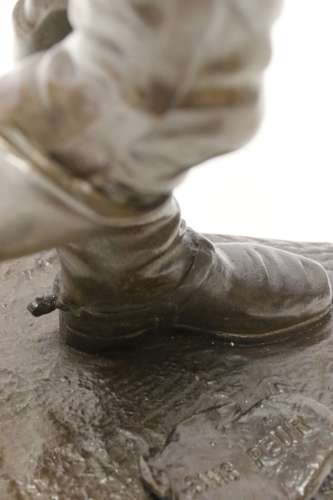 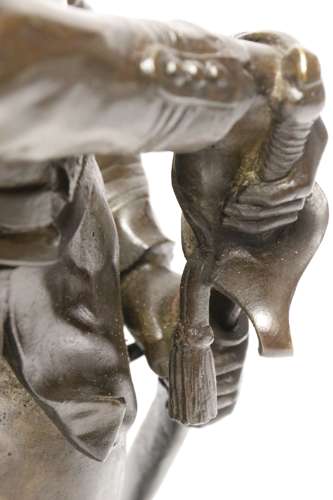 A Fine Bronze Study Of A French Military Figure By L. A Bayeux

This finely modelled French bronze depicts a striking French early 19th century military figure stood dressed in full uniform while drawing his sword and glaring into the eyes of his opponent. It was sculpted by the 19th century French artist Leon Alexander Bayeux and is entitled on a shaped label attached to the front corner Sans Peur which translates to fearless in English. This large and decorative bronze has a dark brown patination and is in good condition circa 1880. Signed L A Bayeux