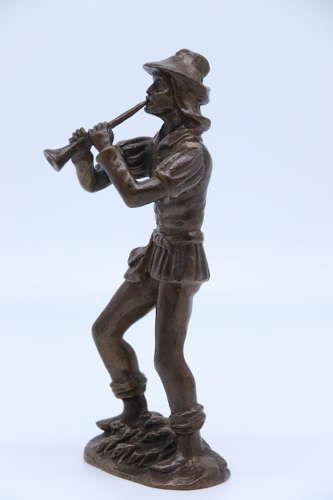 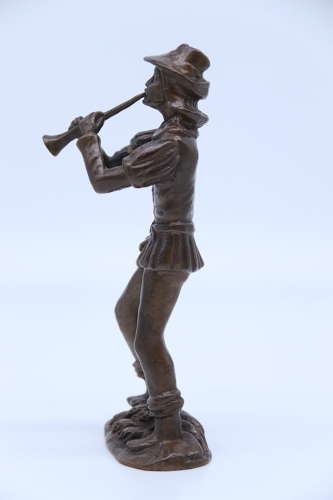 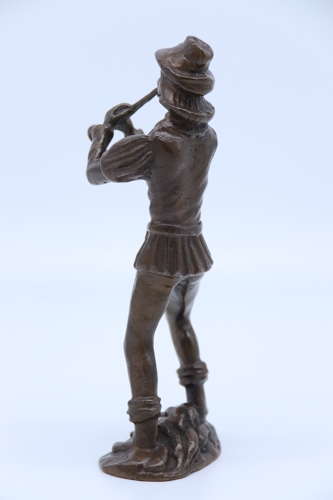 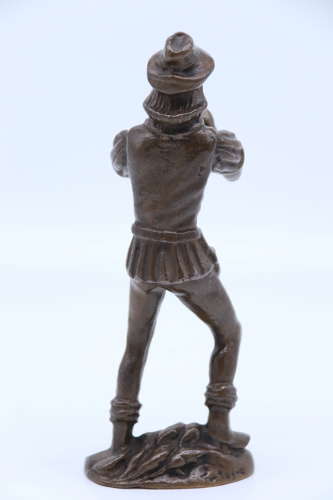 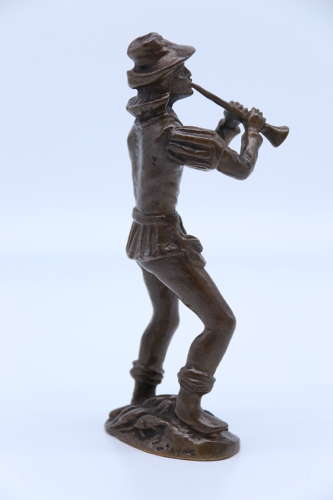 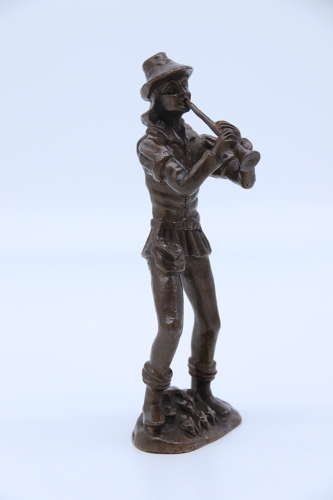 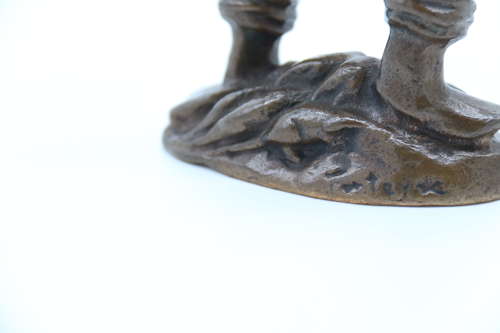 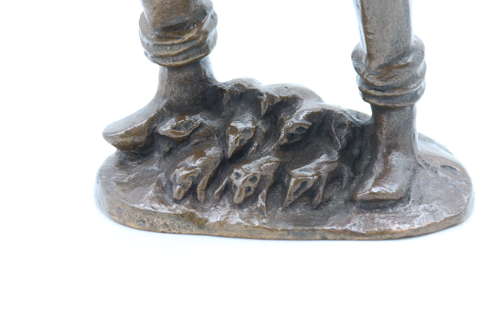 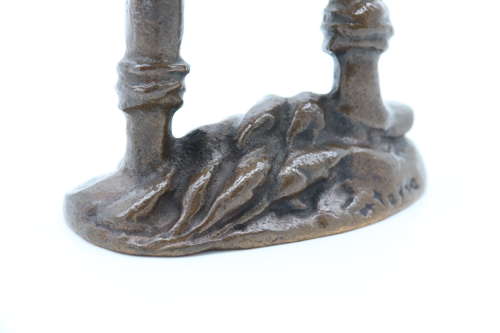 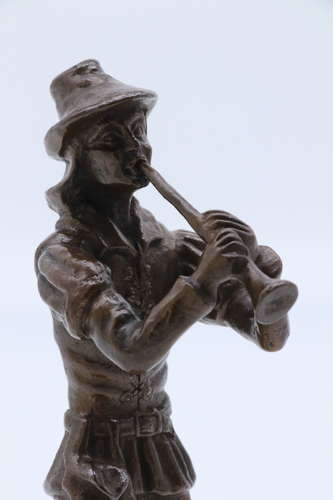 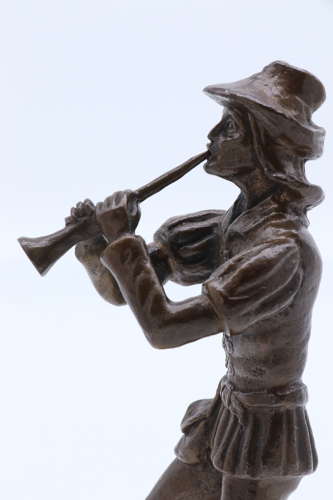 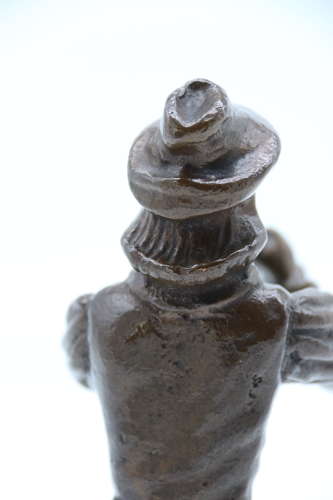 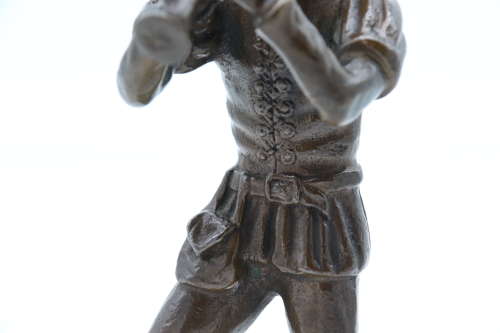 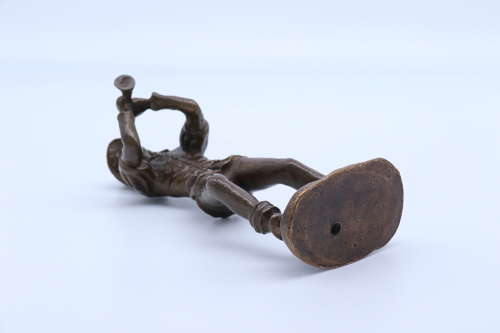 This rare bronze figure is solid cast and remarkably heavy. It was most likely made at the famous Bromsgrove guild of Craftsmen and was bought from this area. It shows a view of the medieval pied piper of Hamelin dressed in a tunic and leggings with a soft hat playing his pipe with a group of rats running at his feet. This interesting bronze is indistinctly signed on the reverse of the base.  I have over the years locally bought several similar styled pieces with provenance to the Bromsgrove Guild. The sculpting, casting style, patination and slightly naïve detailing are typical of the pieces I have previously sold. I feel this is its likely origin.  The Bromsgrove Guild was a group of local skilled craftsmen working in various mediums from collective workshops in Bromsgrove, Worcestershire in the early 20th century.  Their most famous work was producing the gates for Buckingham Palace