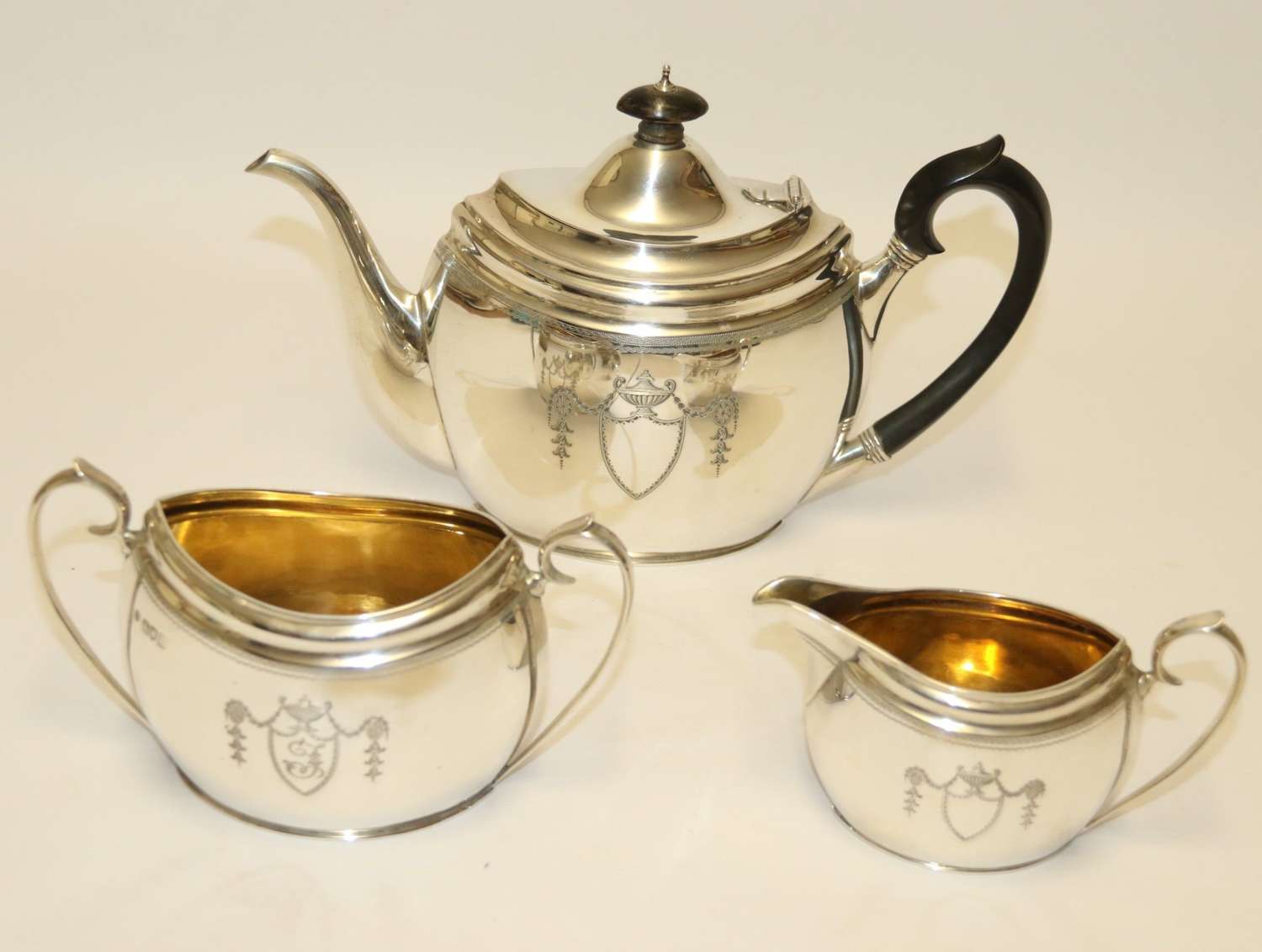 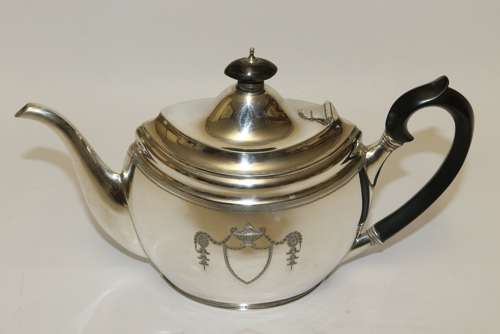 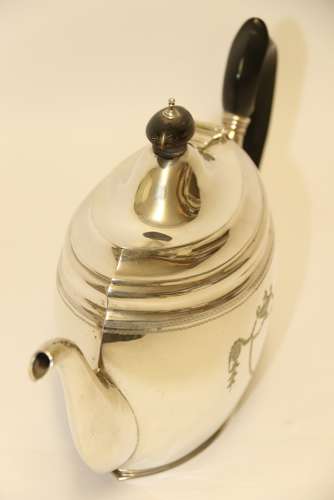 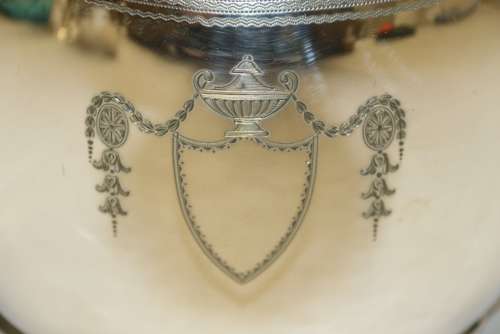 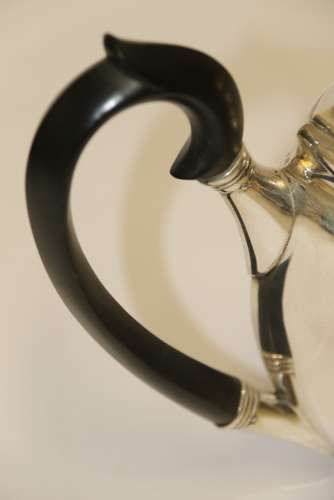 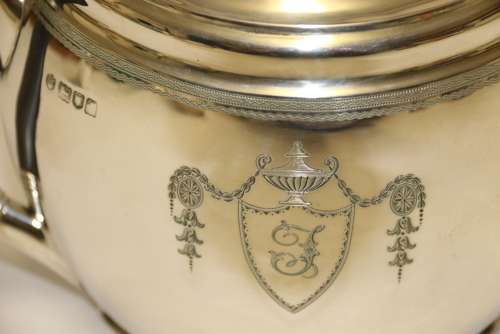 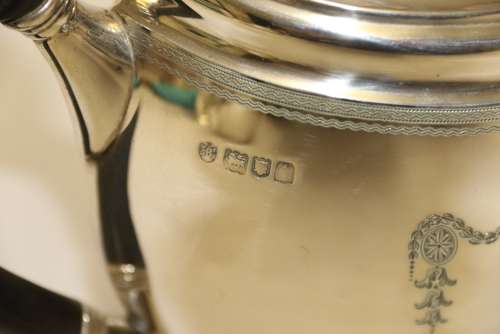 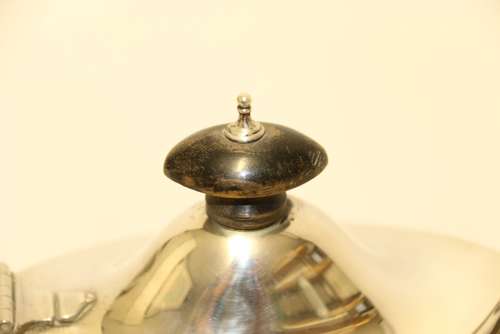 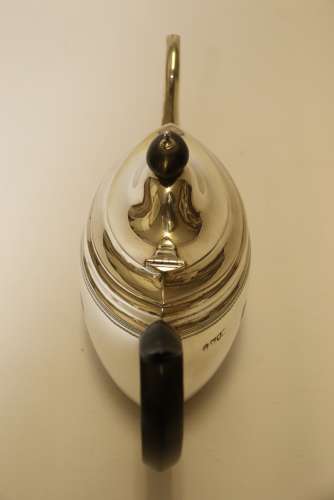 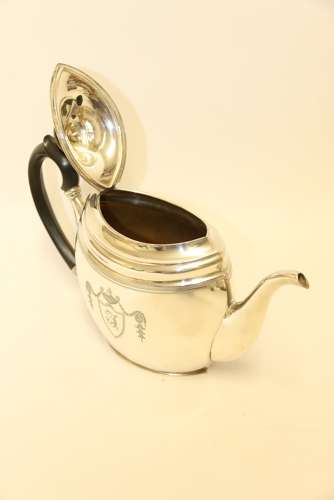 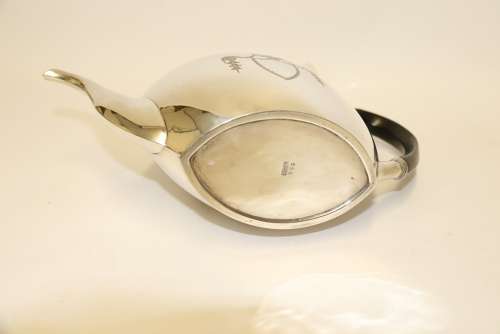 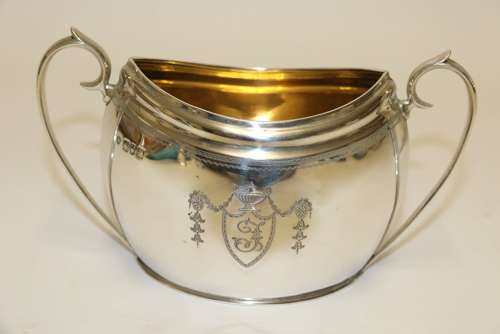 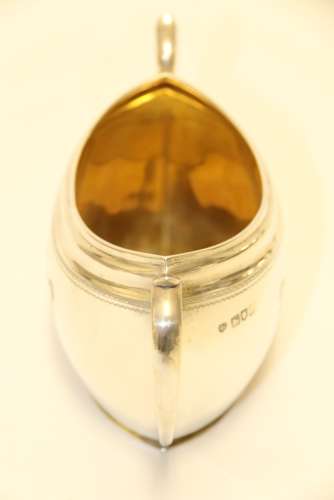 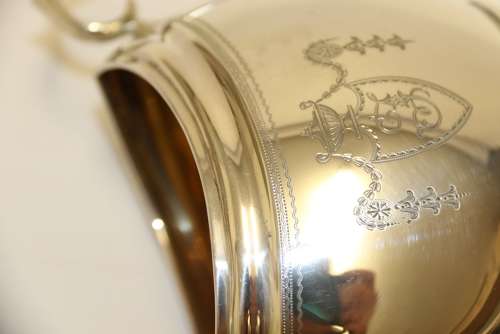 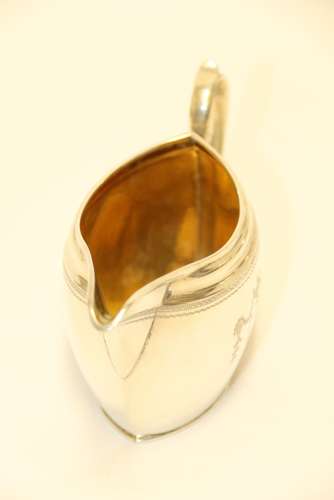 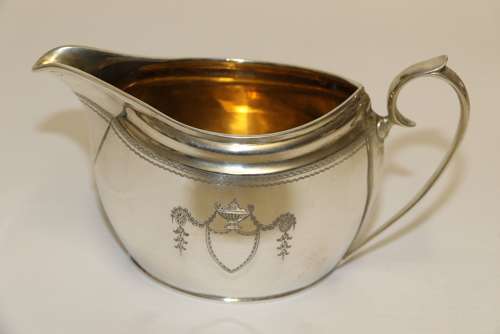 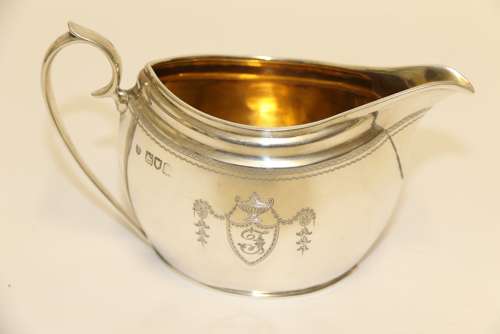 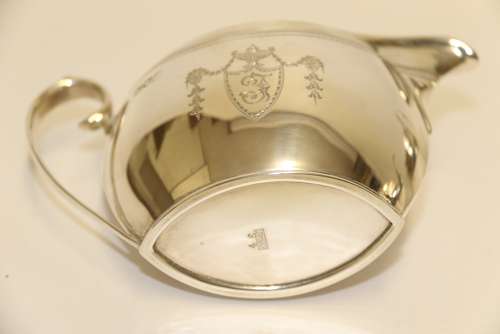 This superbly elegant and well designed three piece tea set was hallmarked in London 1904-5 and made by Edward Barnard and Sons Ltd. It is most unusual with its narrow width proportions which gives it elegance. The pieces have each been beautifully hand engraved in the 18th century Sheraton manner, with decorative boarders of fans and urns and cascading hair bells and monogrammed with the letter J. The interiors of each piece are gilded and the set is in very good condition. The weight of the tea set is 924 grams. The tea pot measures 18cm h x 28cm w x 9cm d
Edward Barnard and Sons were top 20th century silversmiths who's predecessors can be traced back as early as circa 1680 having been established by Anthony Nelme.
Edward Barnard and Sons were recognised as potentially the oldest manufacturing silversmiths in the world. They created the Lily font, a large silver-gilt baptismal font used at the baptismal services of members of the British Royal Family. It is part of the Royal collection and is kept at the Jewel House at the Tower of London when not in use.
The Lily font has been used for the baptism of all the children and grandchildren of Queen Elizabeth II except that of Princess Eugenie of York.