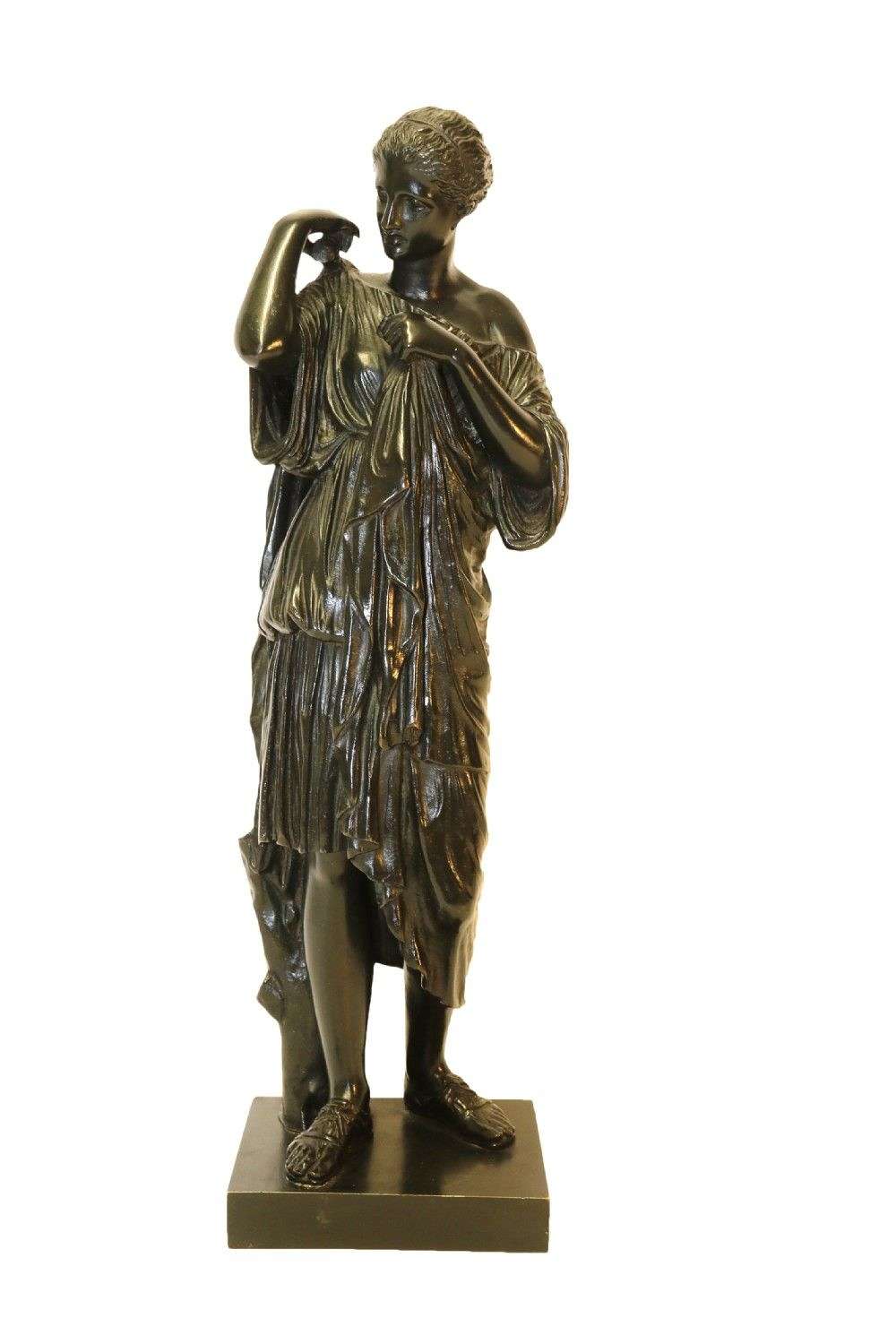 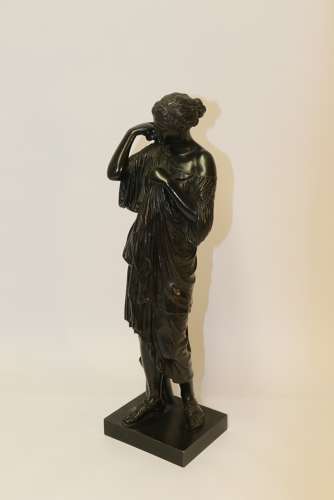 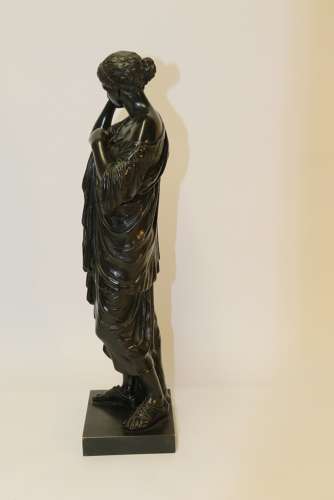 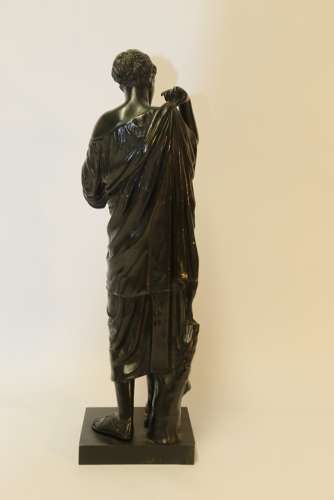 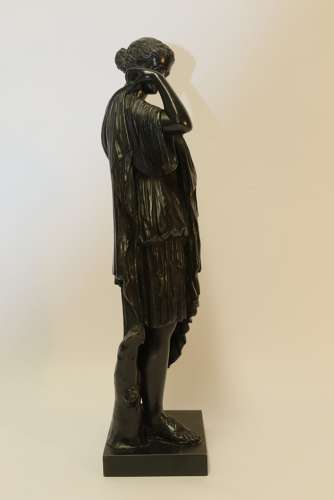 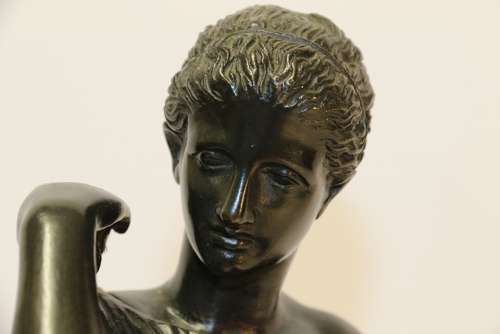 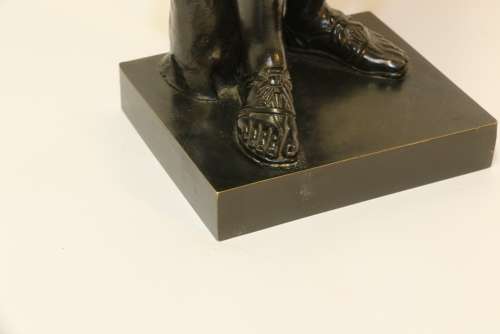 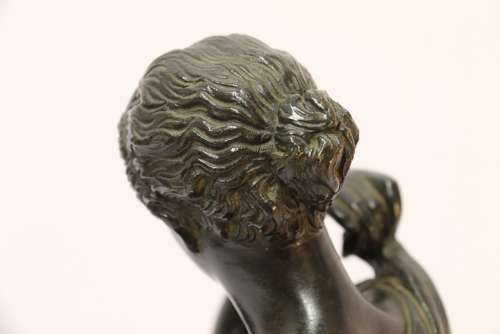 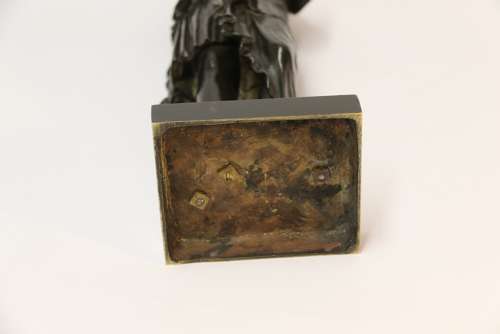 This fine bronze example of the classical figure Diana the Huntress putting on her robe is superbly detailed with a good dark patina.
This piece is modelled on the original marble statue, which is now at the Louvre in Paris, was excavated in 1792 on Prince Borghese's property at Gabii outside Rome. The statue is attributed to the Greek artist Praxiteles and is since referred to as "Diana de Gabies" also known as "Diana Robing", the Goddess of the Hunt, the Moon, and Birthing. She was equated with the Greek Goddess Artemis.
These pieces were produced in Italy in the 19th century and sold as Grand Tour souvenirs.