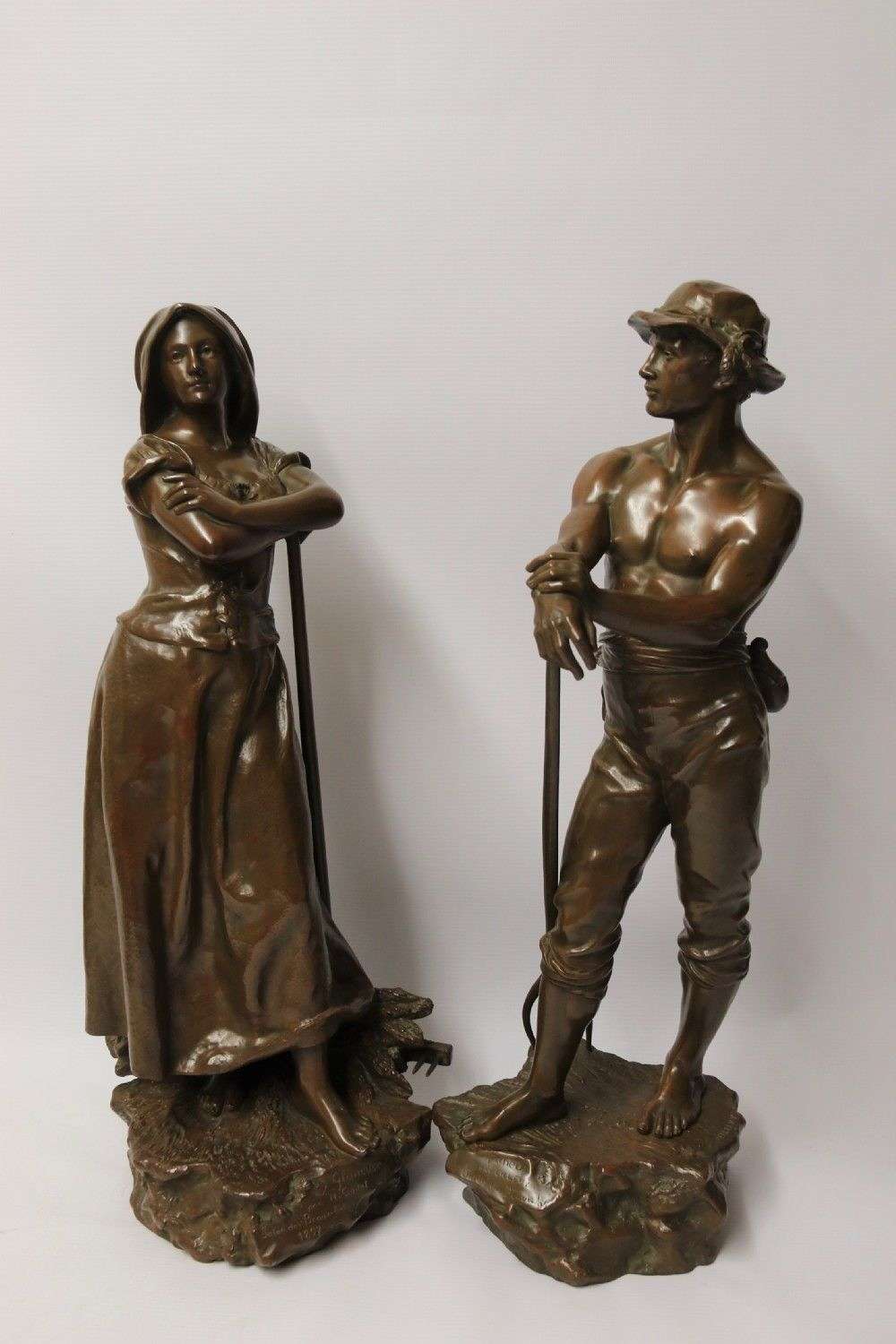 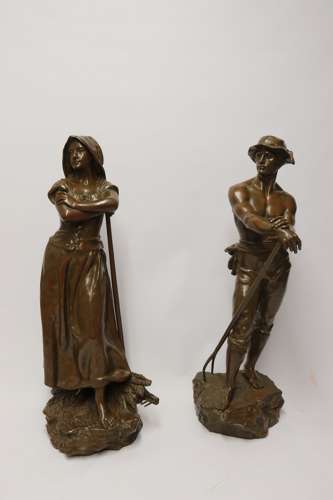 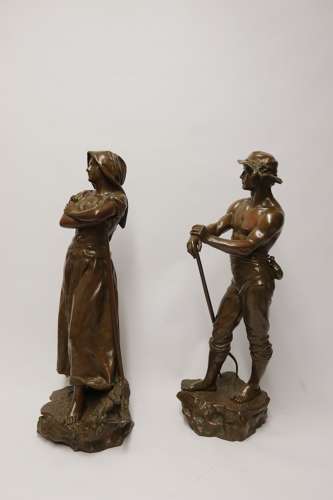 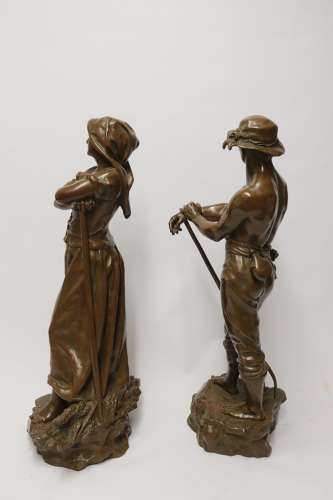 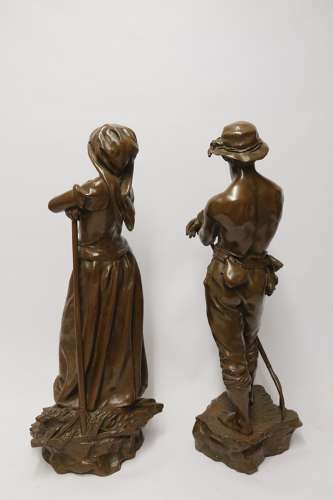 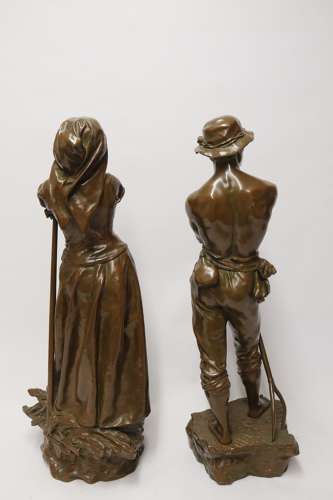 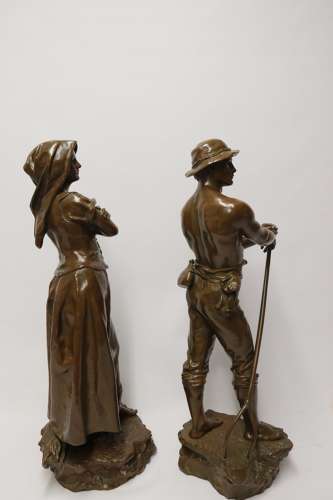 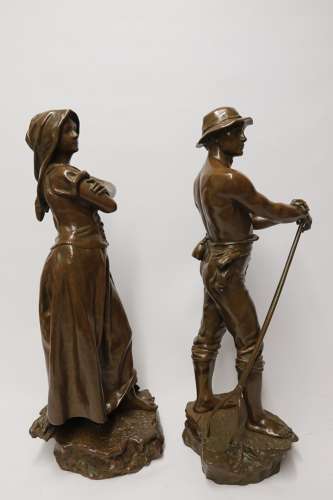 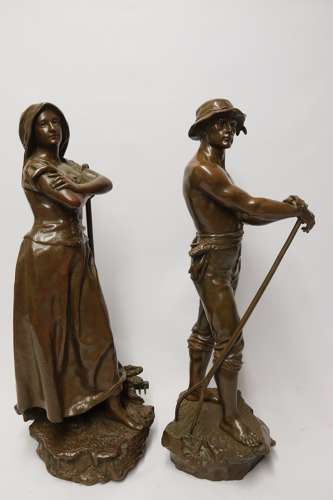 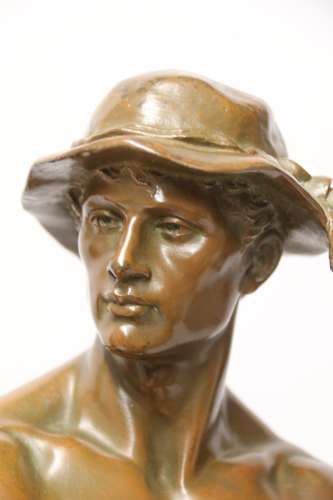 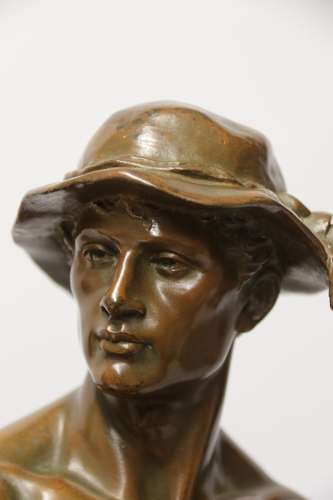 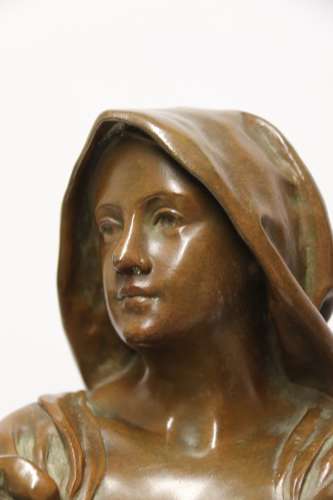 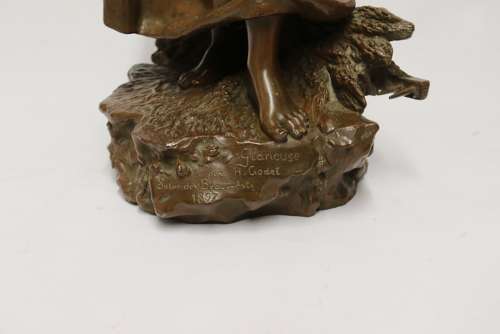 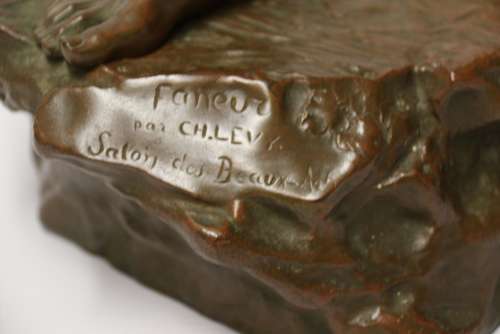 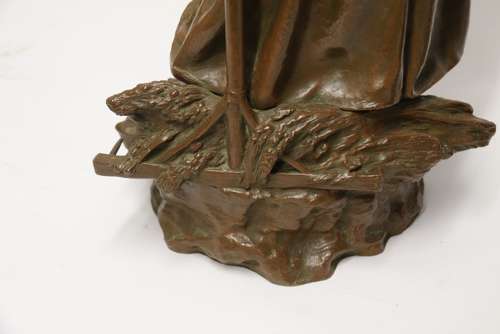 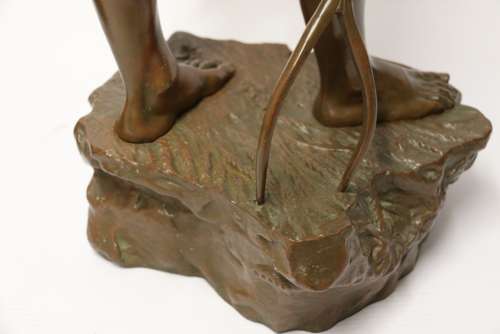 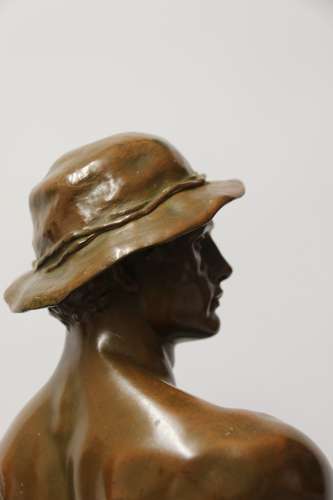 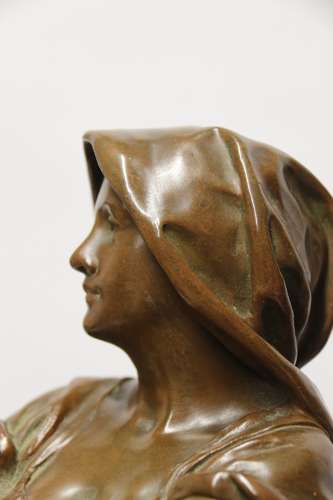 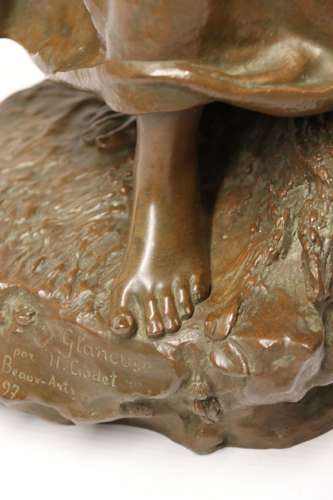 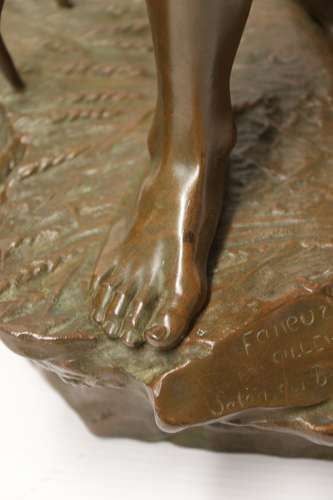 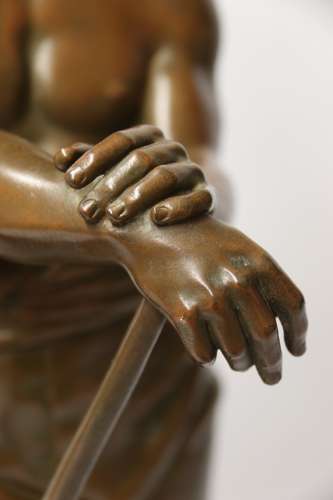 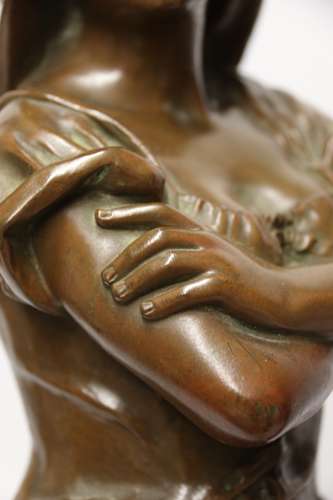 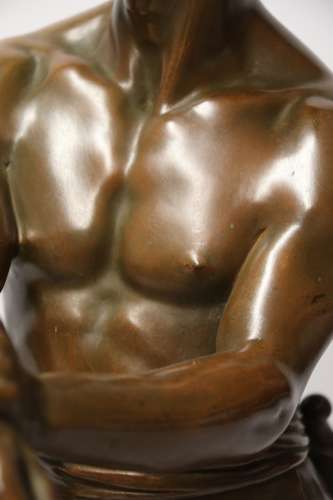 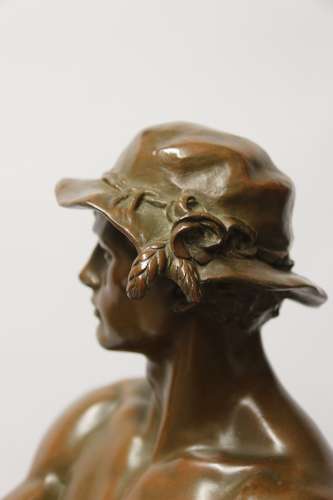 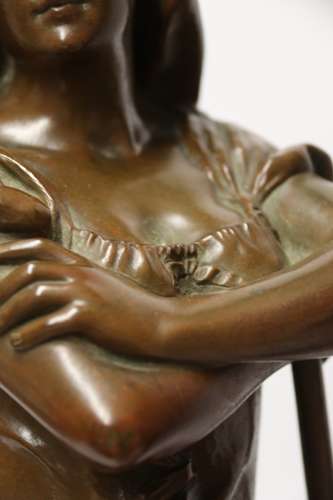 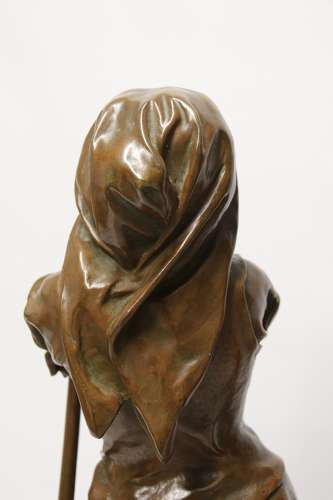 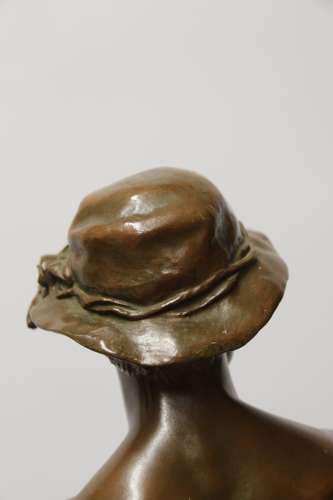 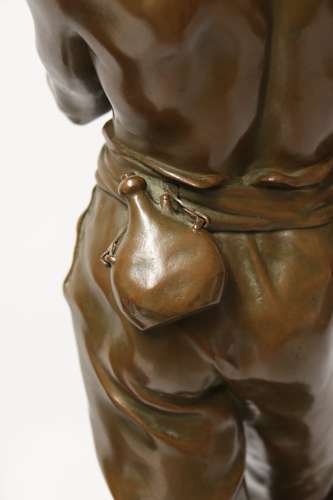 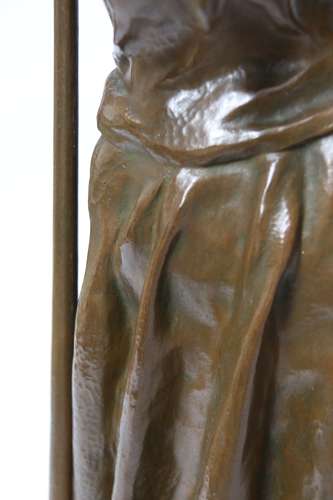 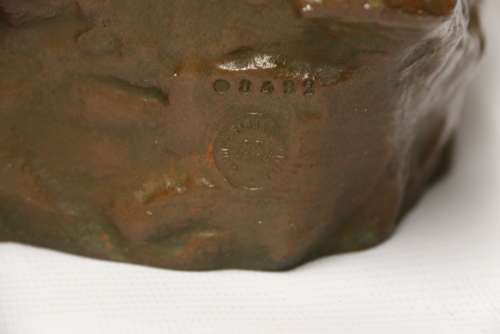 This superb pair of 19th century large bronze figures were produced by the top French foundry, Bronze Garanti Au Titre LV Depossee and each bears its stamp and registration number. This fine pair of figures depict two young and good looking early 19th century agricultural workers. The first a pretty young woman dressed in typical simple working clothes from this period standing with her arms folded resting on a rustic wooden rake. This figure was produced by the famous French sculptor Henri Godet (1863 – 1937) who studied at the Ecole National Des Bearux - Art with M Mathurin Moreau. Godet was married to the famous French feminist and orator Nelly Rousell.
The other, a handsome young man standing bare chested whilst resting on his pitchfork. This figure was produced by Charles Octave Levy (1820 – 1899) who was born in Paris and trained under Armand Toussaint and later exhibited at the French Salon from 1873 to 1898 winning awards for his fine work. Both figures are displayed on naturalistic styled bases and each has a matching title label. This large pair of bronzes are finely detailed and superbly finished with a mellow brown green patination. They are both in excellent condition. French circa 1880. Both figures have the same dimensions
Height 58 cm x width 22 cm x depth 20cm
£3,900 pair