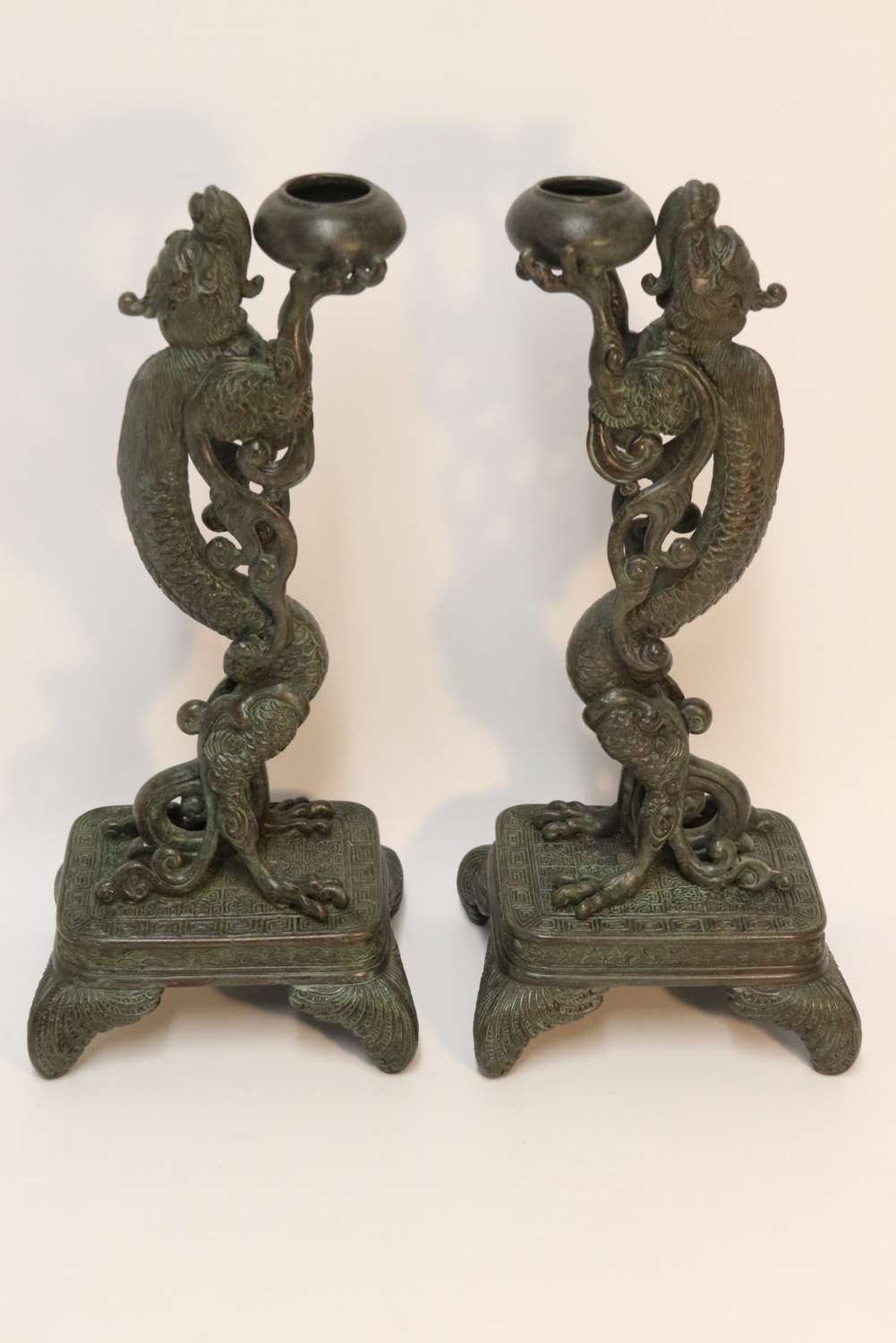 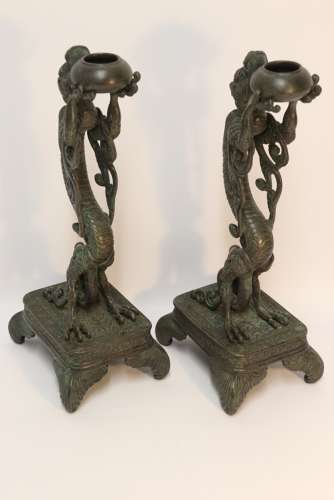 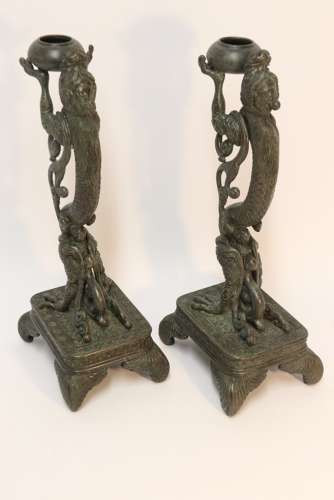 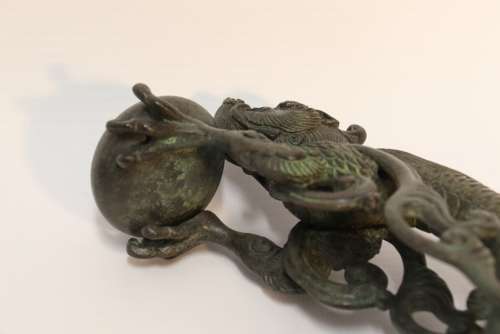 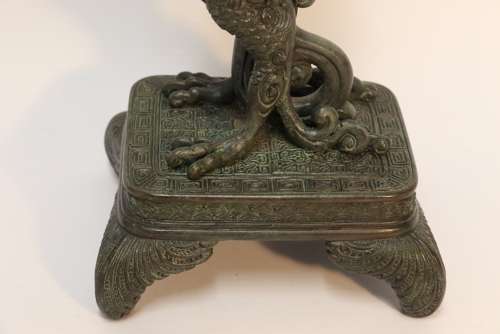 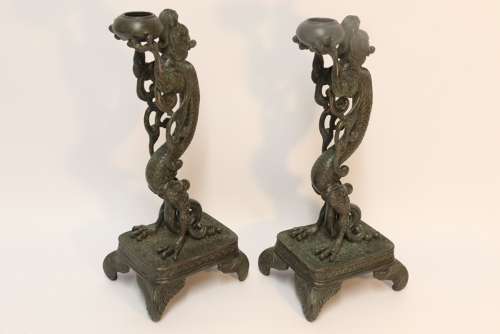 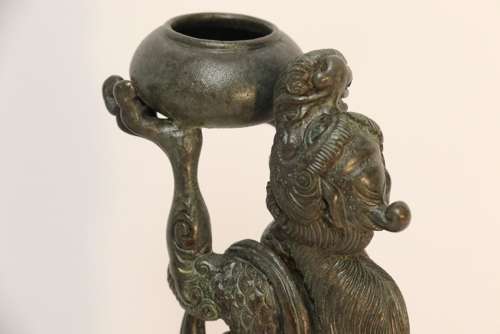 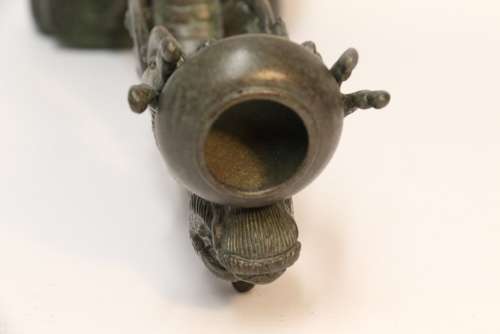 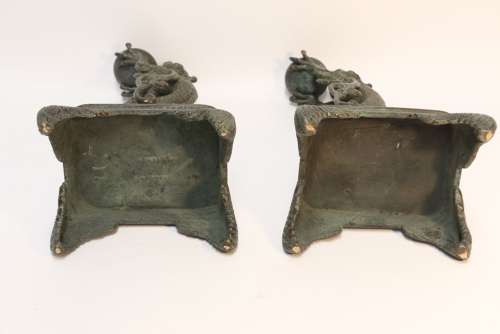 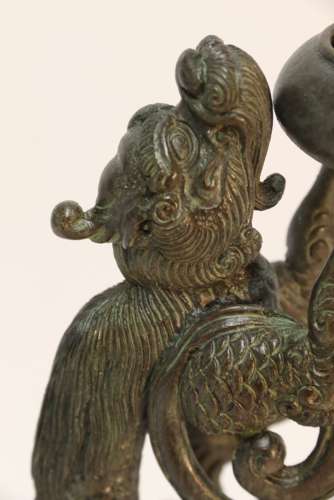 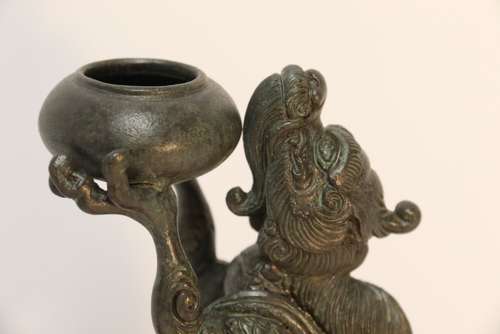 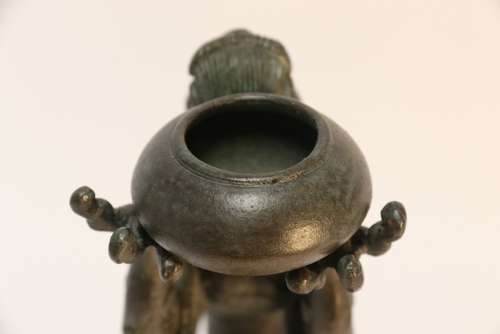 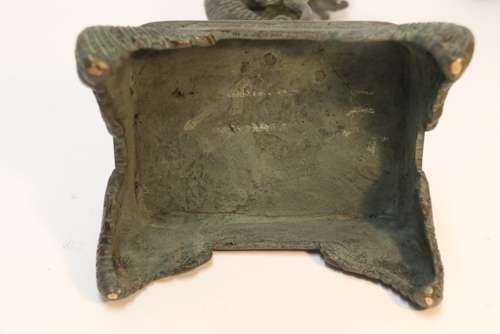 A highly decorative pair of Meiji period finely cast incense burners each with a square base with a central design surrounded by a Greek key boarder and around its edge is a band of decoration in the form of stylised water. This is then raised onto four foliate feet.
Standing on the base is a dragon raised on its hind legs whilst holding a ceremonial bowl in its front claws. This bowl would be used for burning small amounts of incense.
Circa 1890