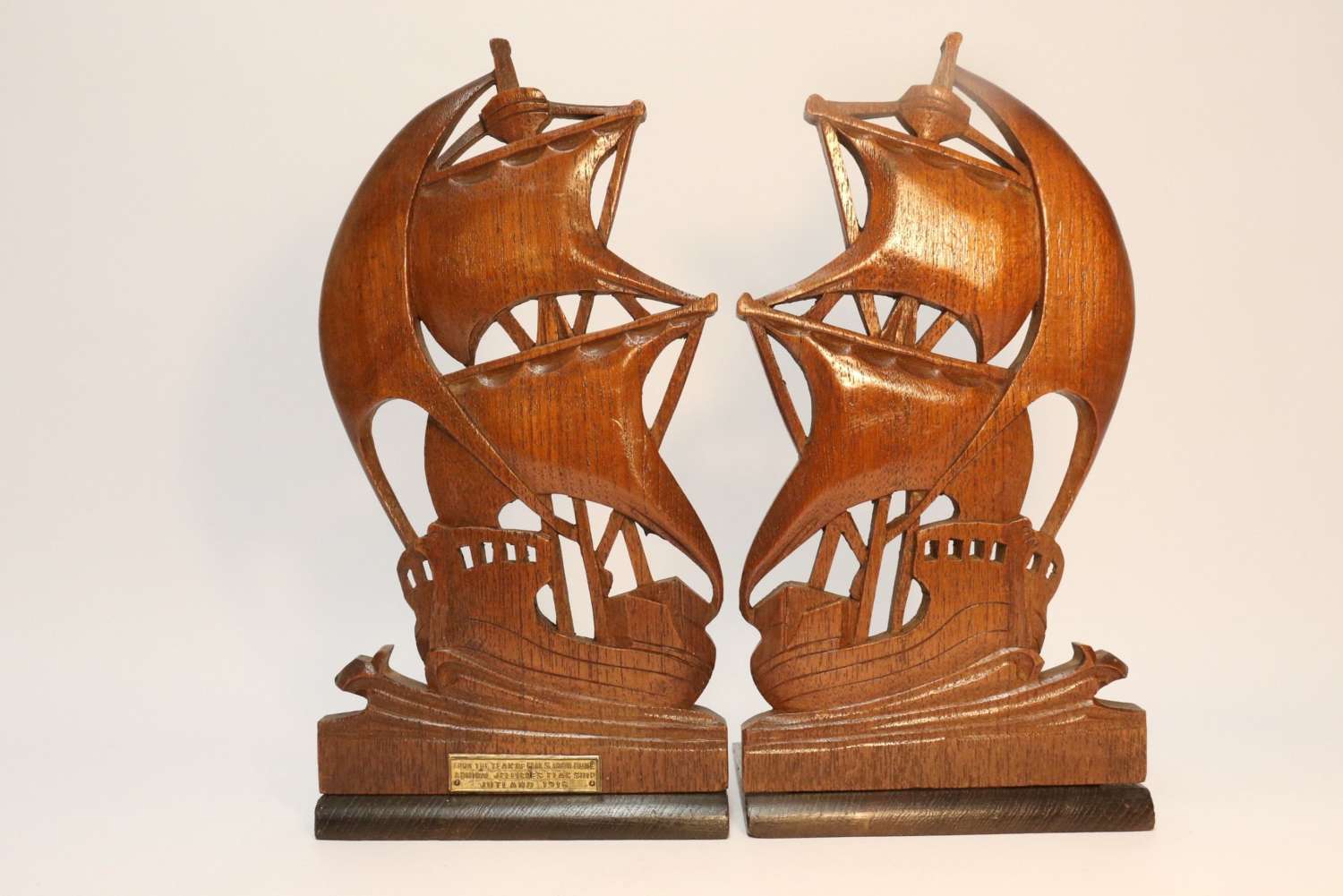 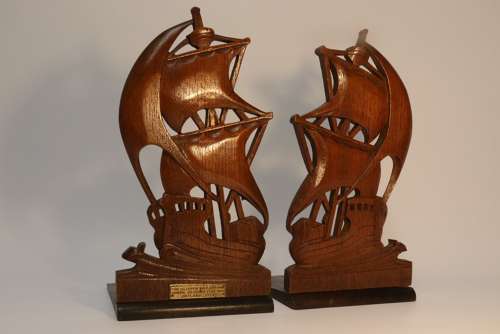 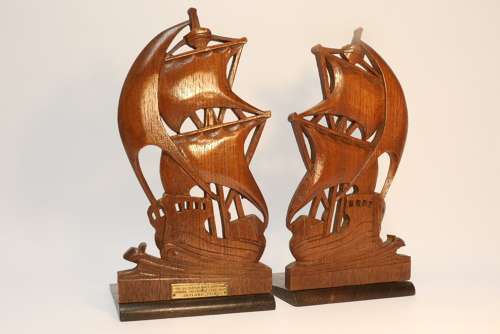 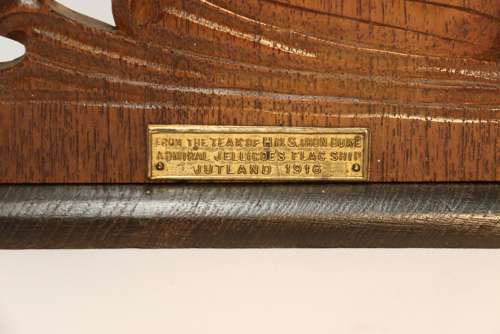 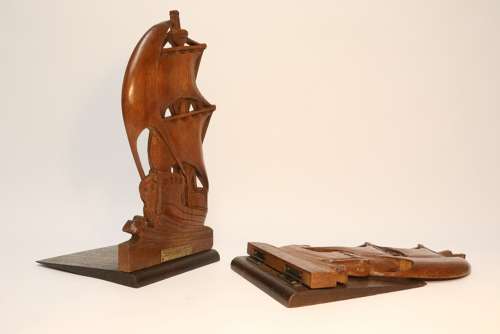 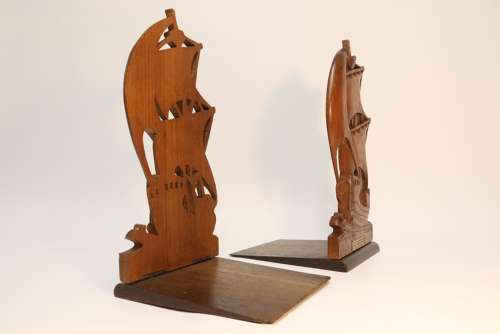 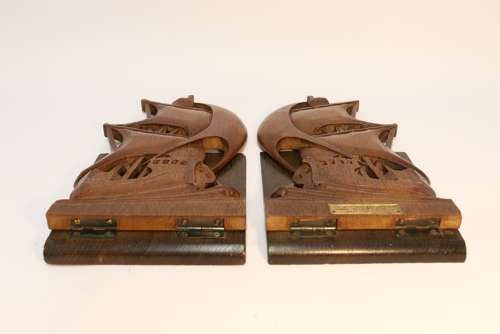 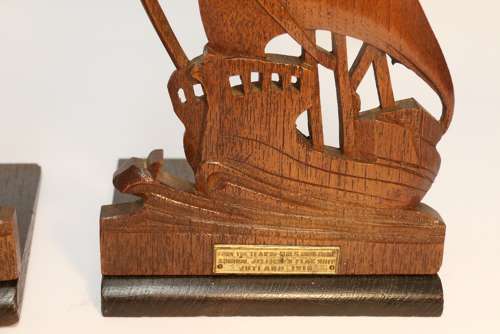 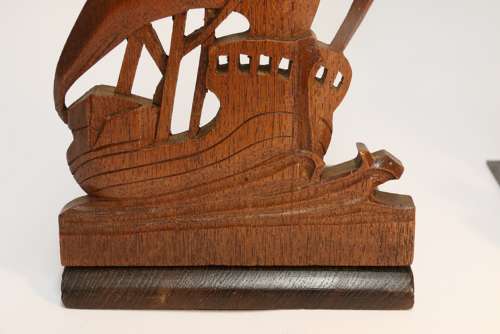 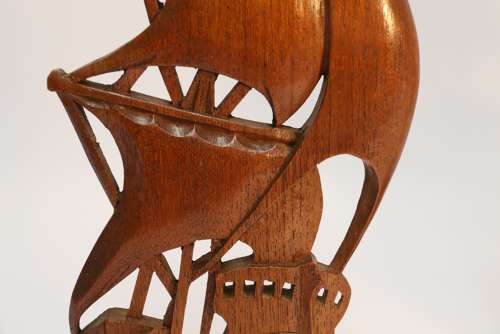 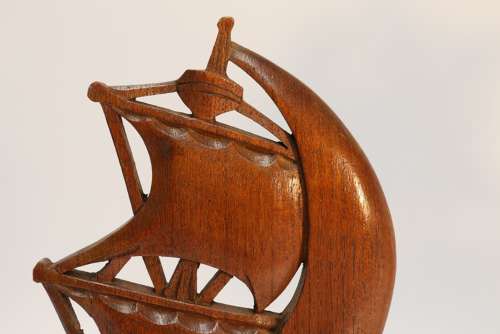 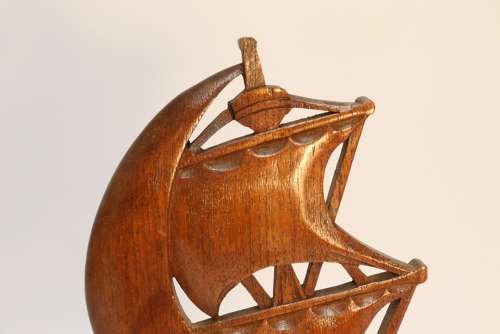 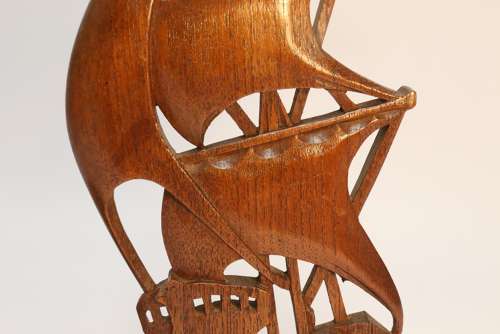 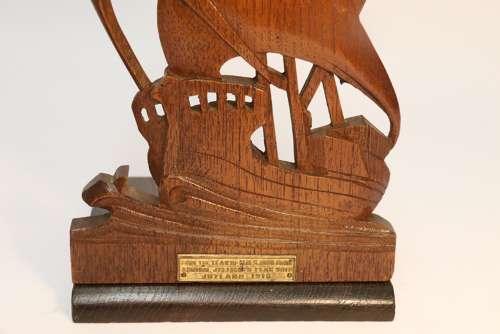 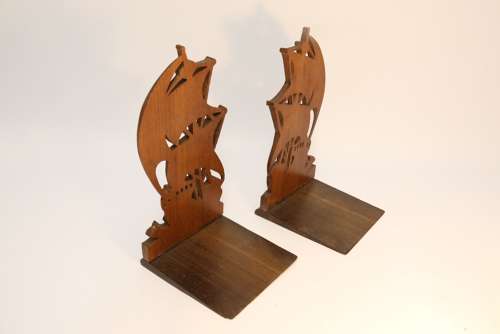 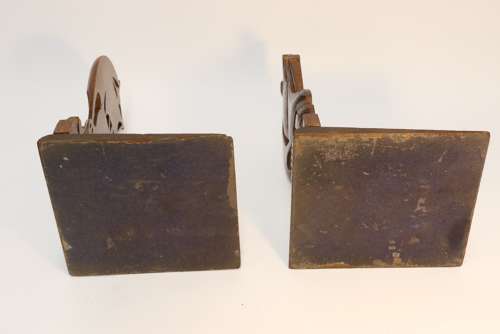 This superb pair of folding teak bookends are hand carved in the form of ships. They have a brass plaque with the inscription
"Made from the teak of H.M.S. Iron Duke Admiral Jellicoe's Flag Ship Jutland 1916"
They are both in original condition with good colour and patina, dated 1916.
A rare opportunity to own a piece of naval history.
Interestingly, H.M.S. Iron Juke was a dreadnought battleship of the Royal Navy, the lead ship of her class, named in honour of Arthur Wellesley, 1st Duke of Wellington. She was built by Portsmouth Dockyard. Iron Juke served as the flagship of the Grand fleet during the 1st world war, including the battle of Jutland.
20th century and dated 1916