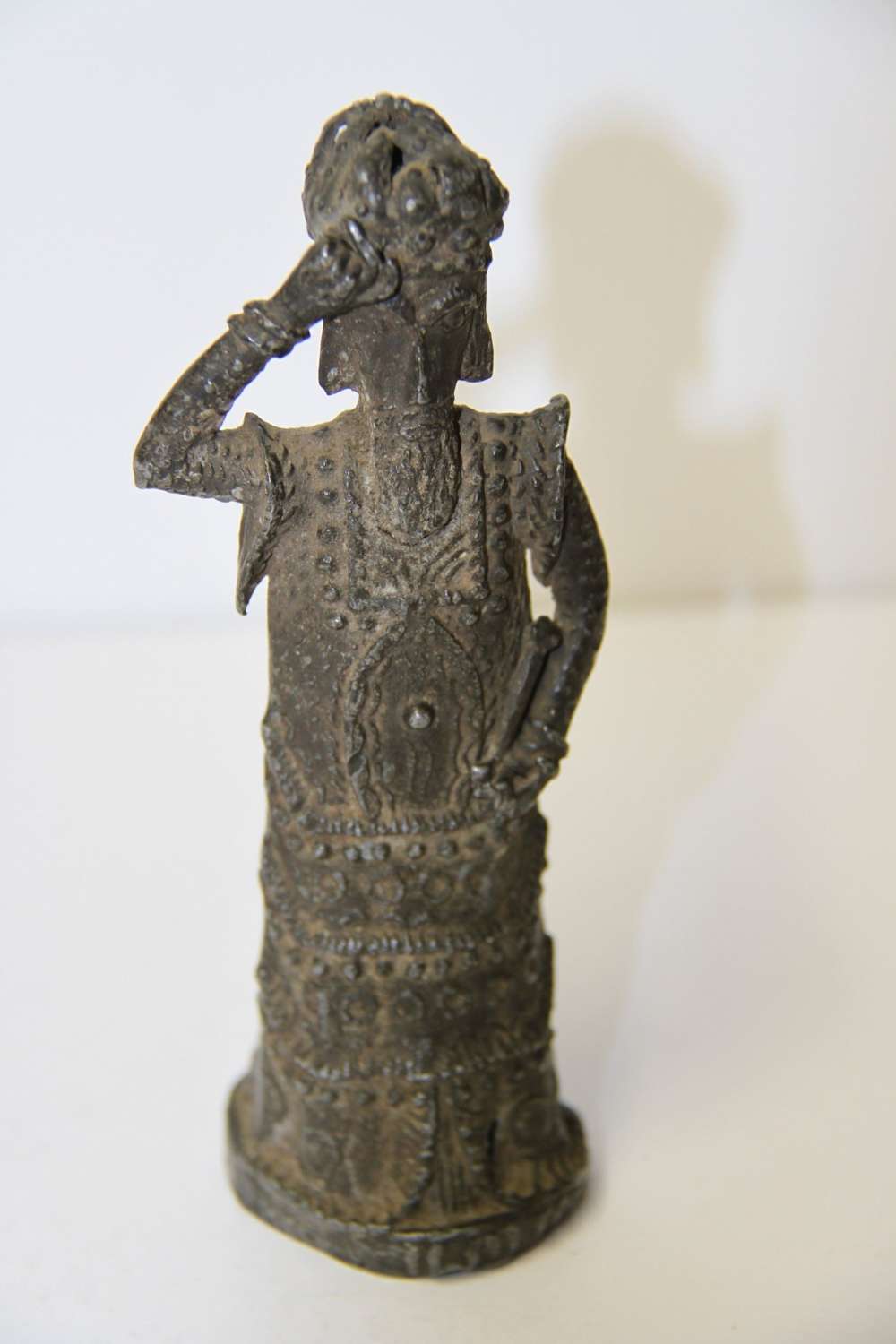 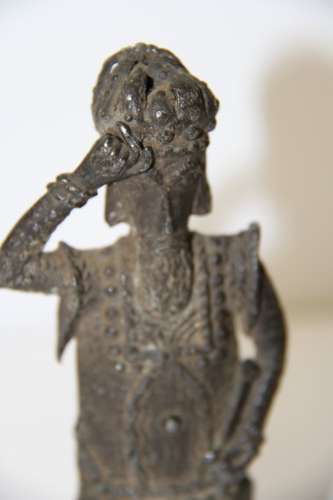 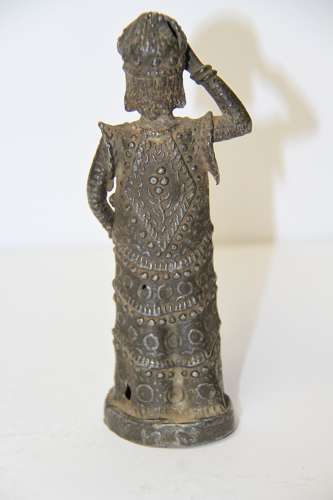 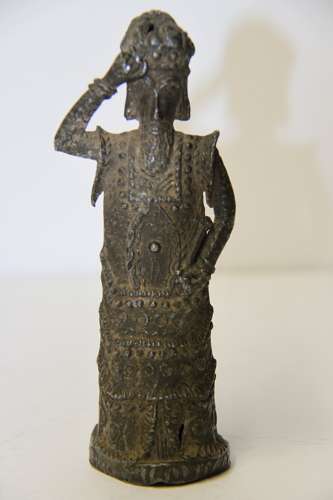 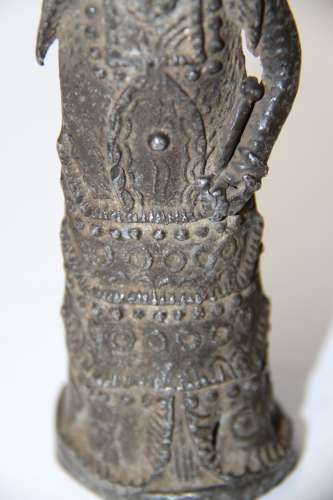 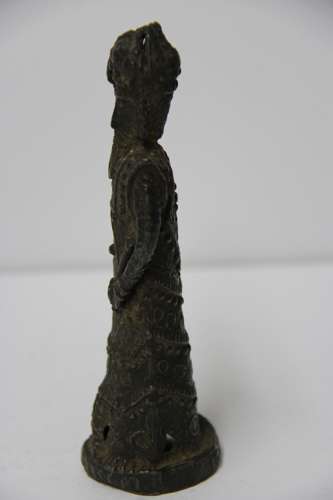 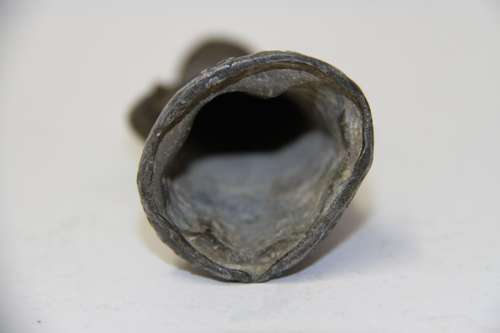 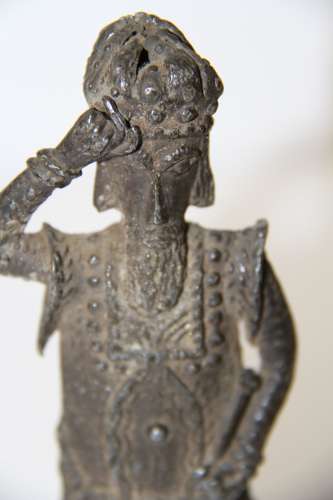 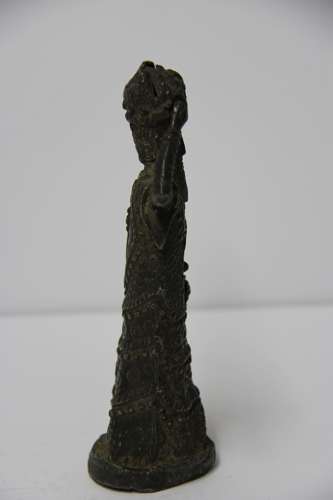 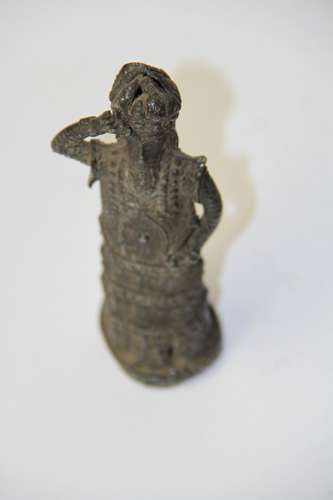 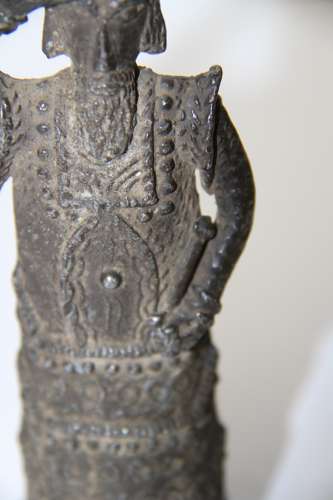 Billy and Charlie's , otherwise known as the Shadwell Dock forgeries were produced in a variety of forms, often as badges but also figures, vases, vessels ect. The majority made by the labourers or navigators(navies) Billy Smith and Charley Eaton. In the 1840s and 50's there were large excavations and dredging operations which threw up a number of medieval artefacts. Billy and Charley whilst mudlarking in the Thames had found a medieval medallion which they sold for a handsome sum. By 1857 lacking further such finds the enterprising pair decided to manufacture these objects instead, casting them in a lead and copper alloy. The number, letters or marks found on the bases or edges of these pieces made no sense, presumably since the forgers were illiterate. Billy and Charley worked on the construction site of the new Shadwell docks to continue with their work, but in 1858 a lecture at the British Archaeological Association claimed them as forgeries, although in a consequent court case, it was said even the most badly educated forger would not produce such blatantly ridiculous items and therefore they must be genuine. There continued to b a strong market for the pieces until a couple of years later, when a sceptic uncovered Billy and Charlie's moulds. Billy and Charley escaped prosecution and continued production, but ever increasing awareness of the figures meant falling prices. This one is dated Circa 1865 with a date marked 1255
There is a large collection in the Hull Museum, UK