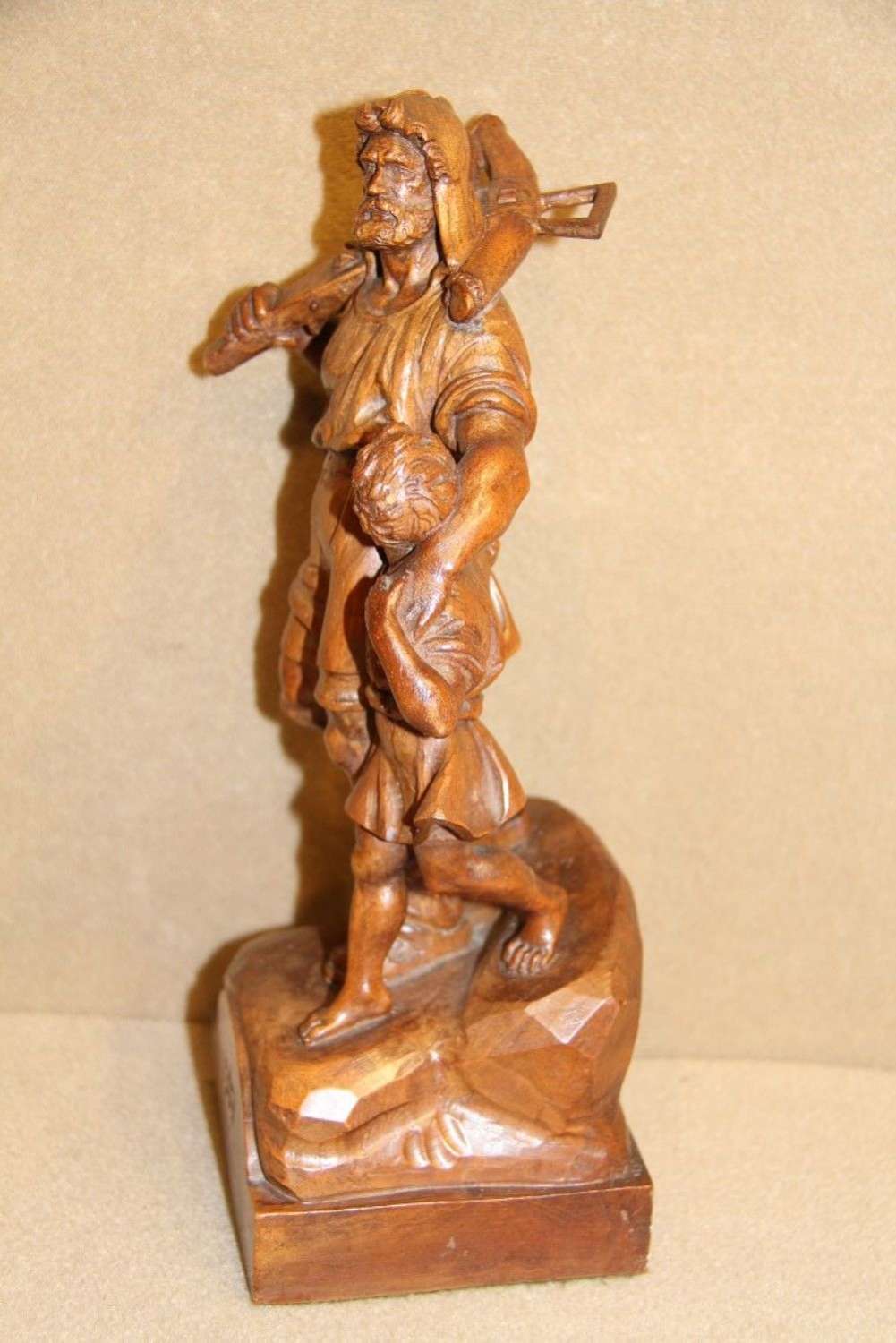 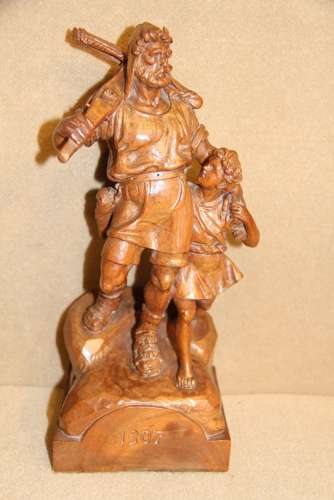 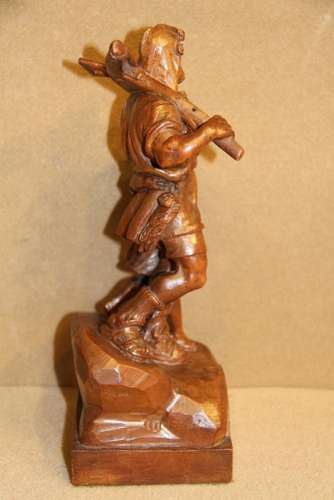 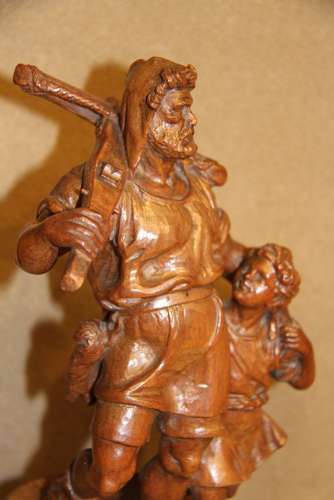 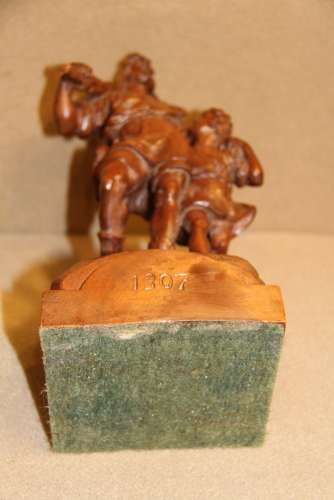 A fine Swiss late 19th century walnut carved study of William Tell returning home with his son. The legend of William Tell: It is said he insulted the emperor of Austria and he and his son were condemned to death unless he could shoot an apple from his sons head with a crossbow in 1307. £595.00