This impressive and highly decorative late 19th-century pottery figure was made at the Friedrich Goldscheider factory in Wien, Austria. It is beautifully modelled and hand-painted and depicts a Roman classical male figure dressed in a toga and sandals and carrying his supper, a duck in one hand and a pottery jar most likely containing an alcoholic beverage in the other. He has a pleasing happy expression. This piece is painted in muted tones which are pleasing to the eye and help to reflect the ancient subject. Factory marks and signed on the reverse, some age-related wear but generally in good condition. Circa 1890.

Friedrich Goldscheider was an influential ceramics manufacturer. Born on November 6, 1845, in Plzen, Czech Republic, he is best remembered for his founding of the Goldscheider Manufactory and Majolica Factory in 1885 Vienna, which is a world-renowned producer of terracotta, faience, bronze, and alabaster ceramics and objects. Goldscheider's most recognized works are small, posed, ceramic figures which are influenced by turn-of-the-century artistic movements like Art Deco, Art Nouveau, and Orientalism, featuring flowing lines and naturalistic decorative motifs. In 1889, he notably won the Bronze Medal for terracotta pieces at the International Exhibition held in Paris. Goldscheider died in Nice, France on January 19, 1897.
£1250 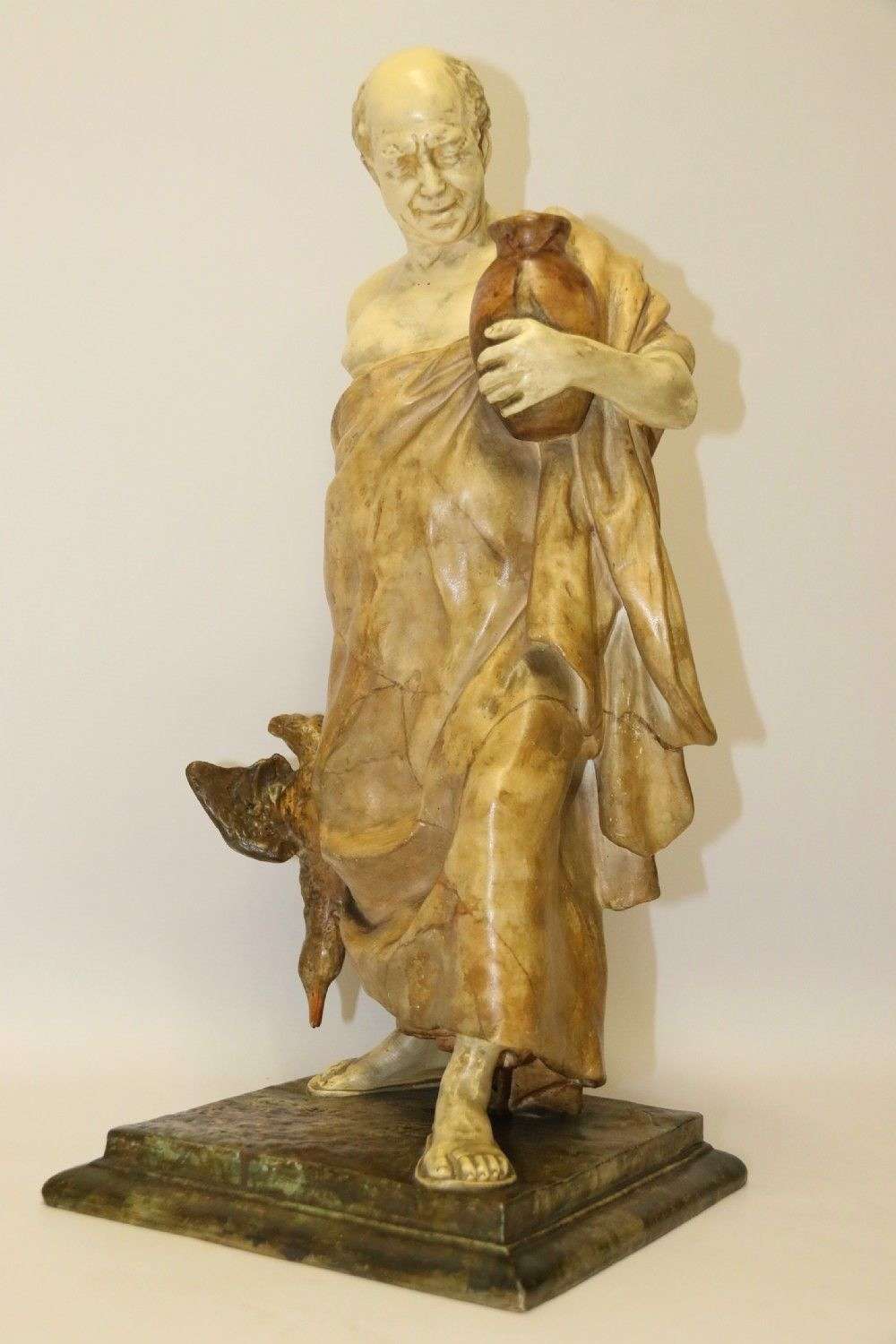 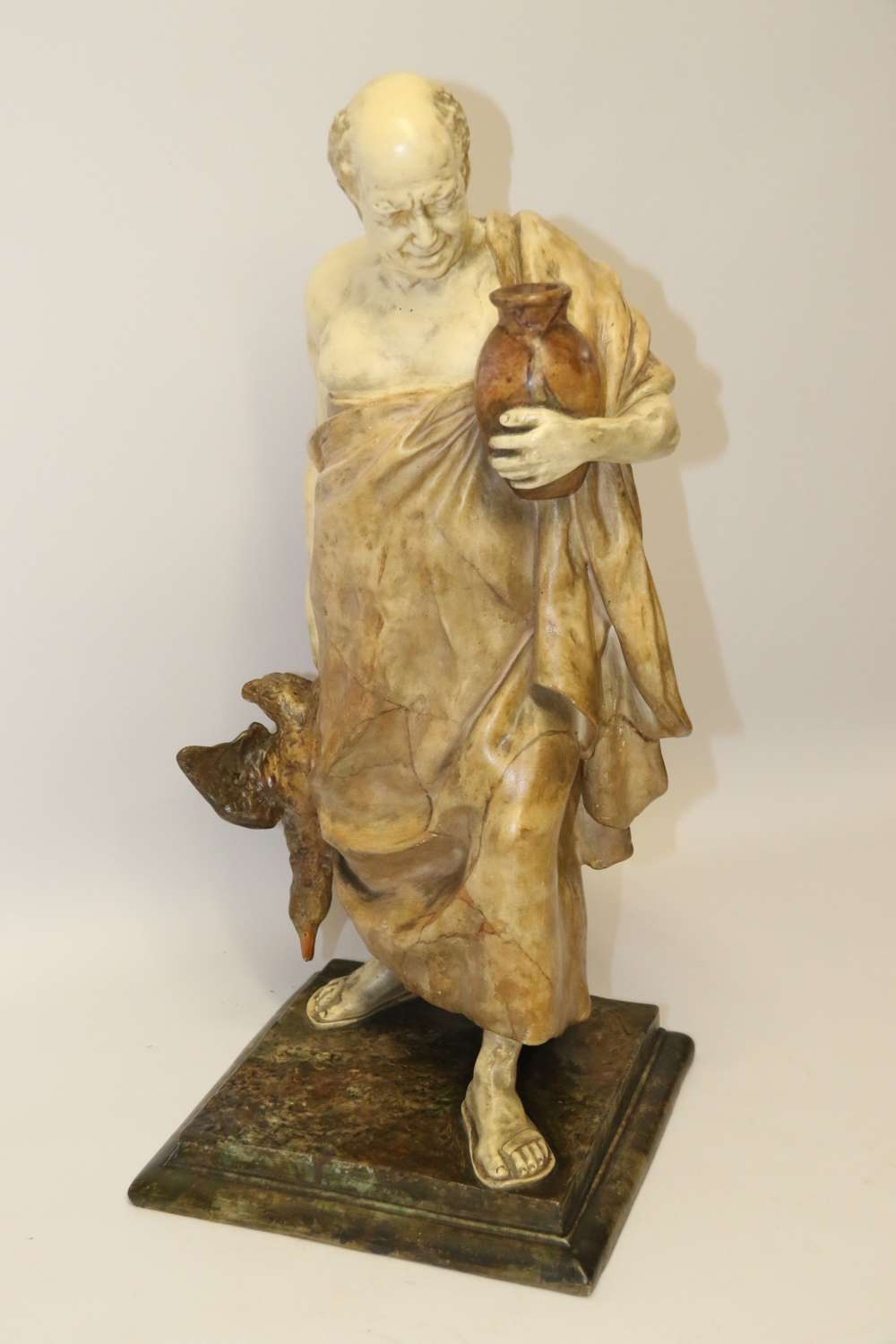 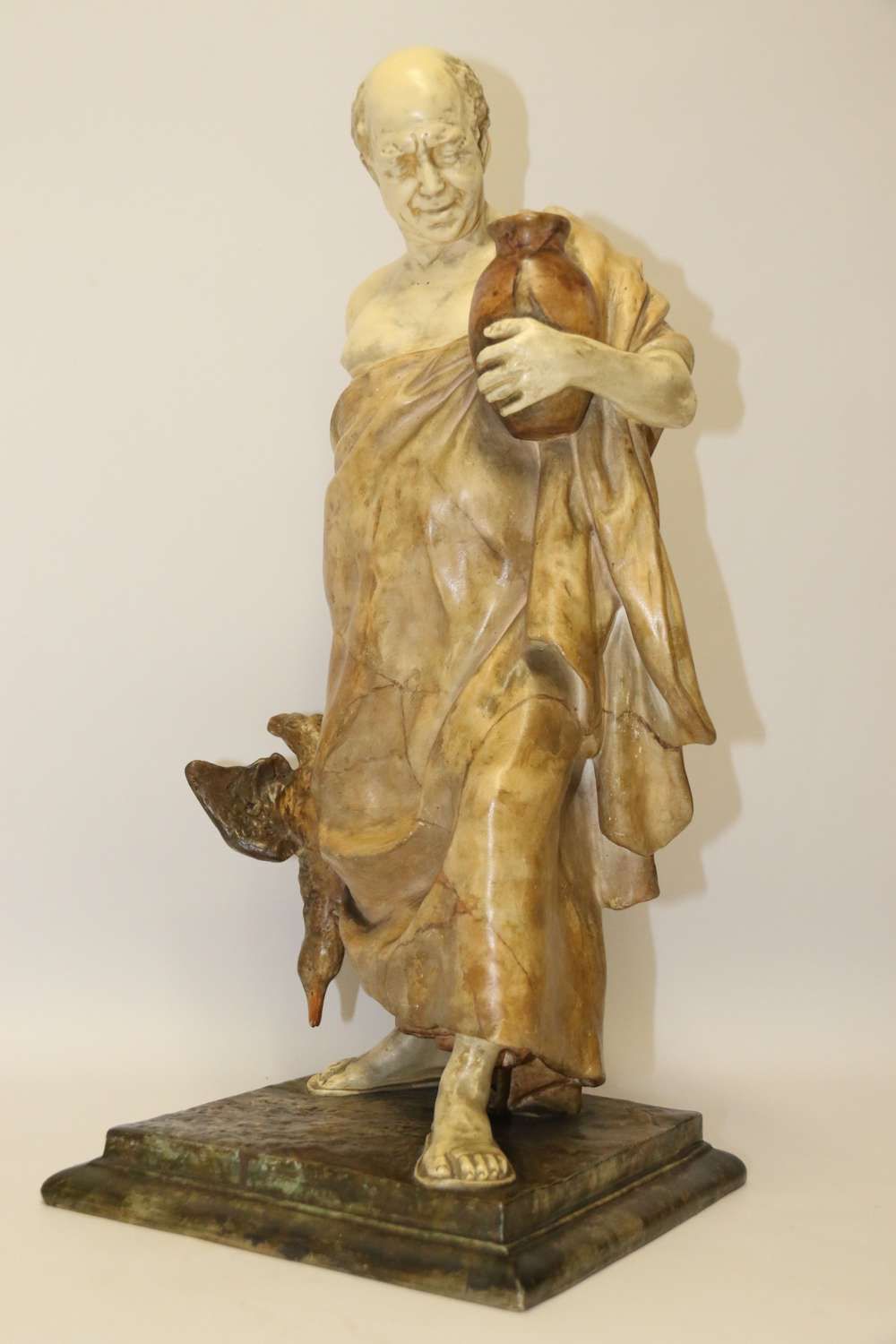 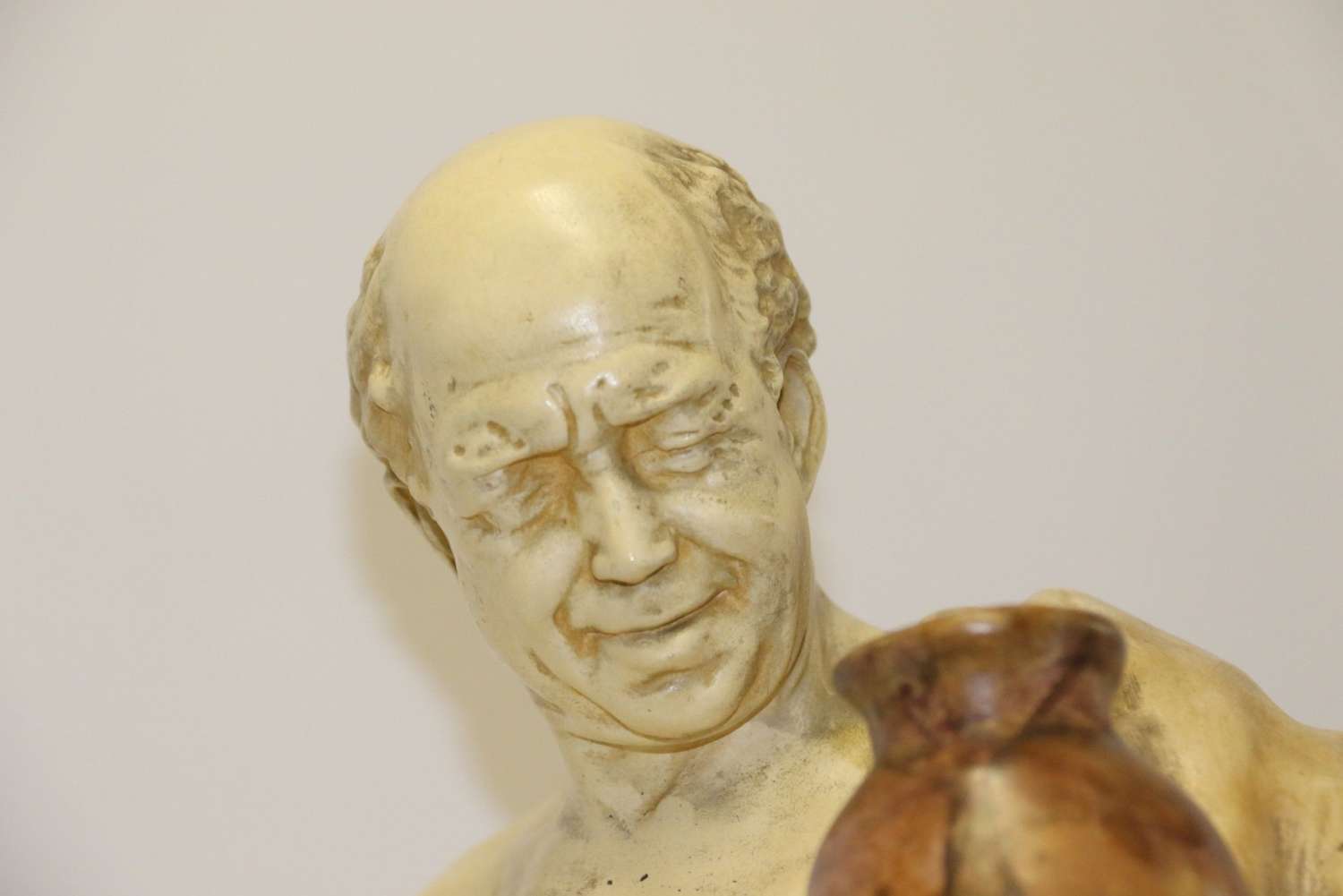 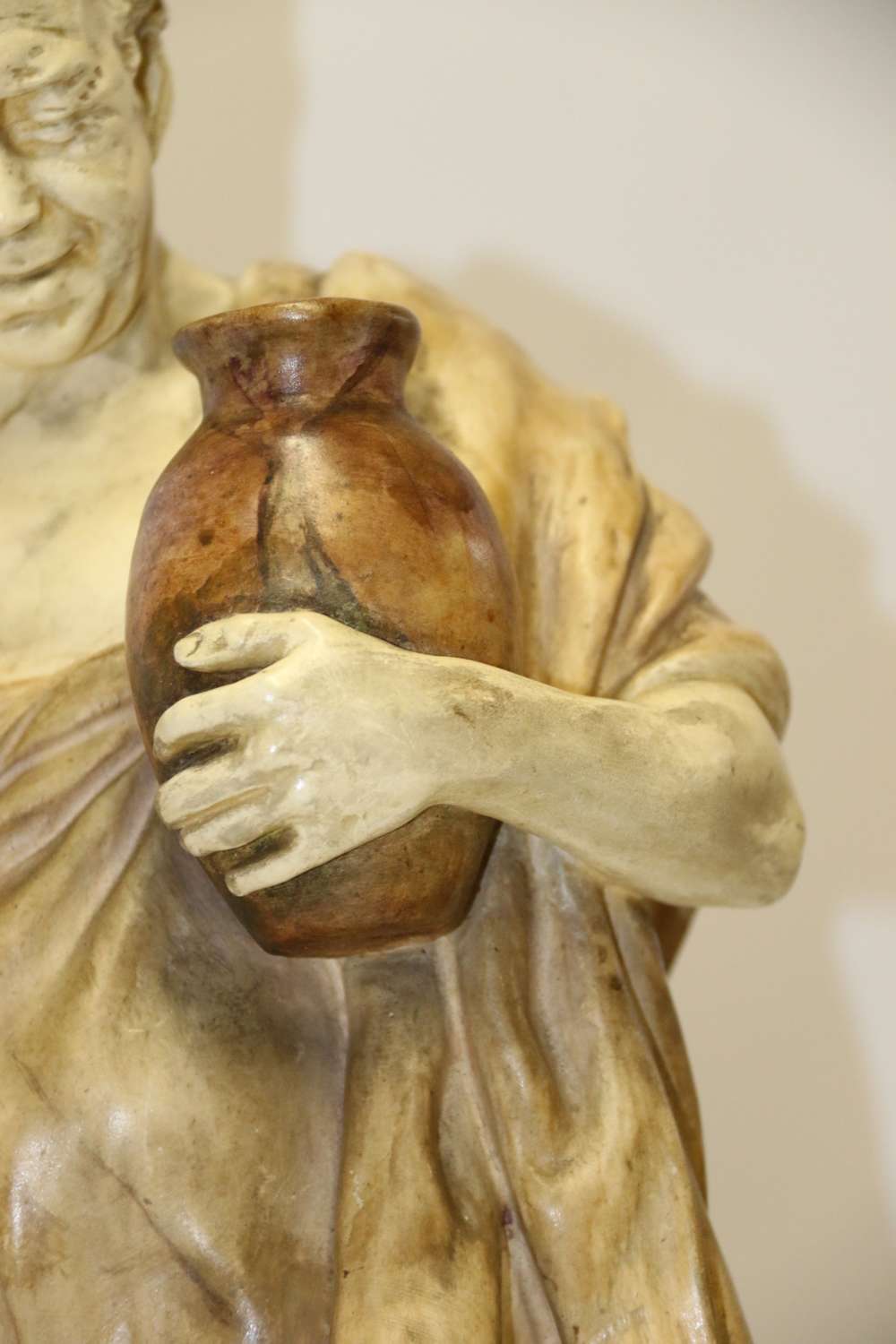 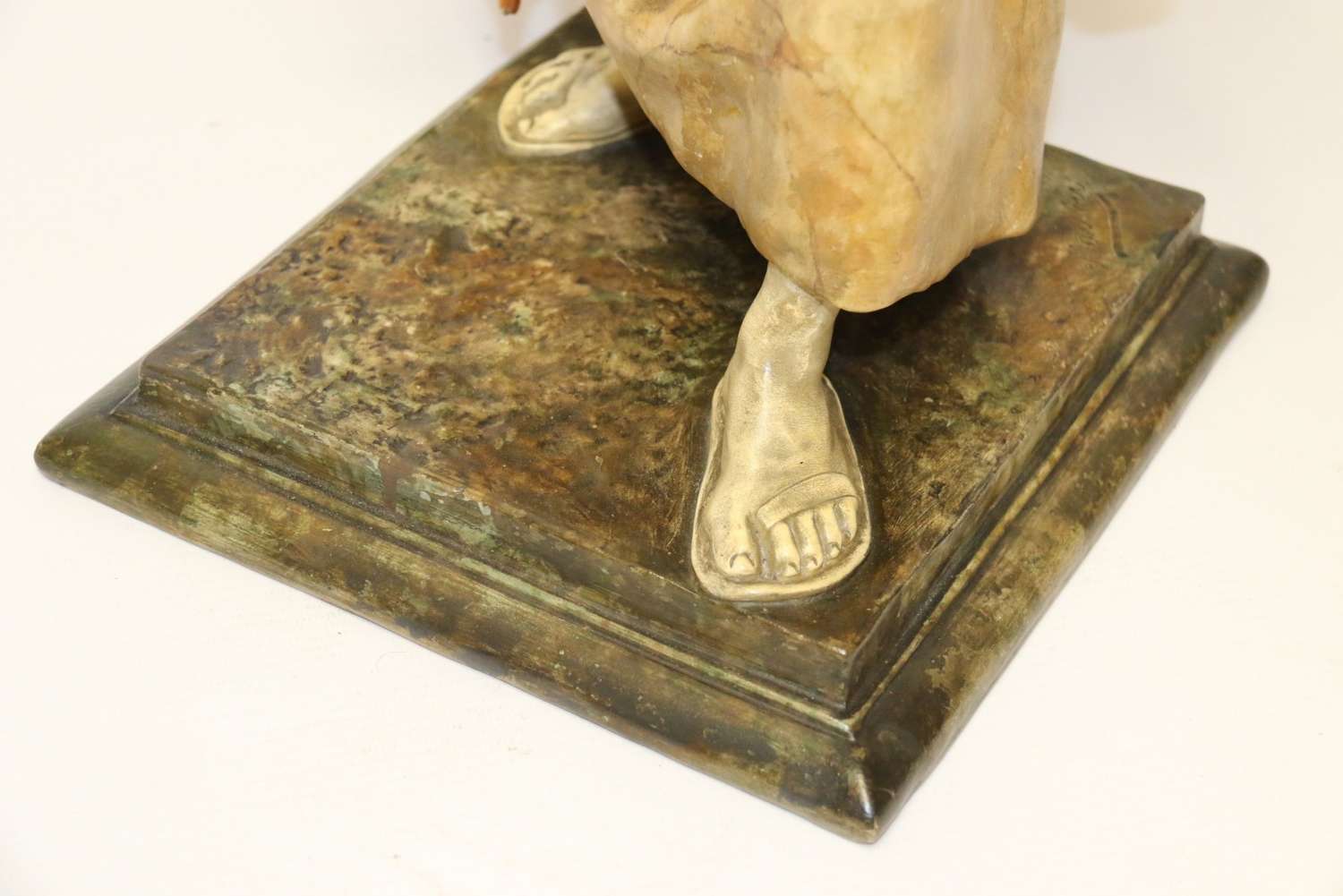 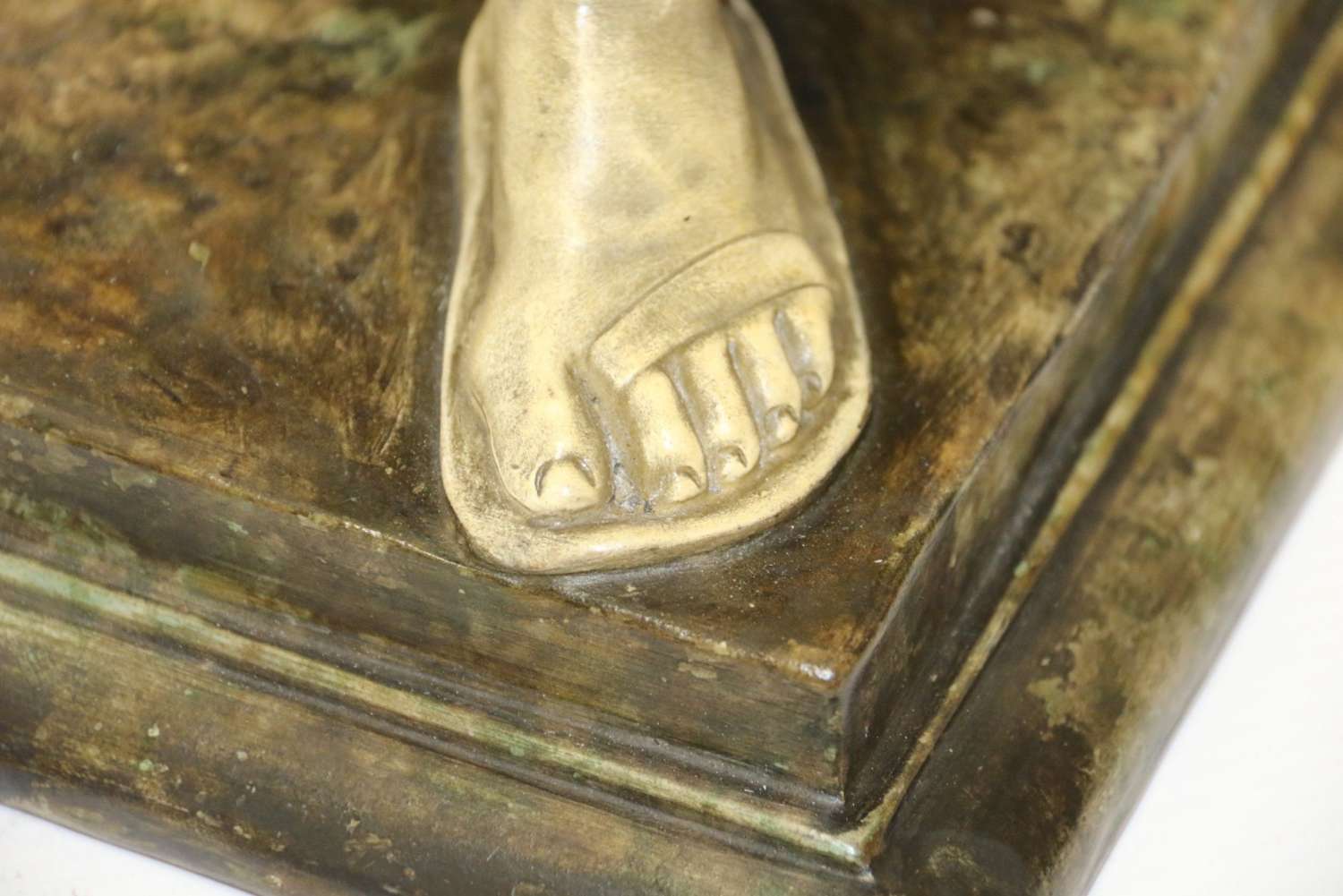 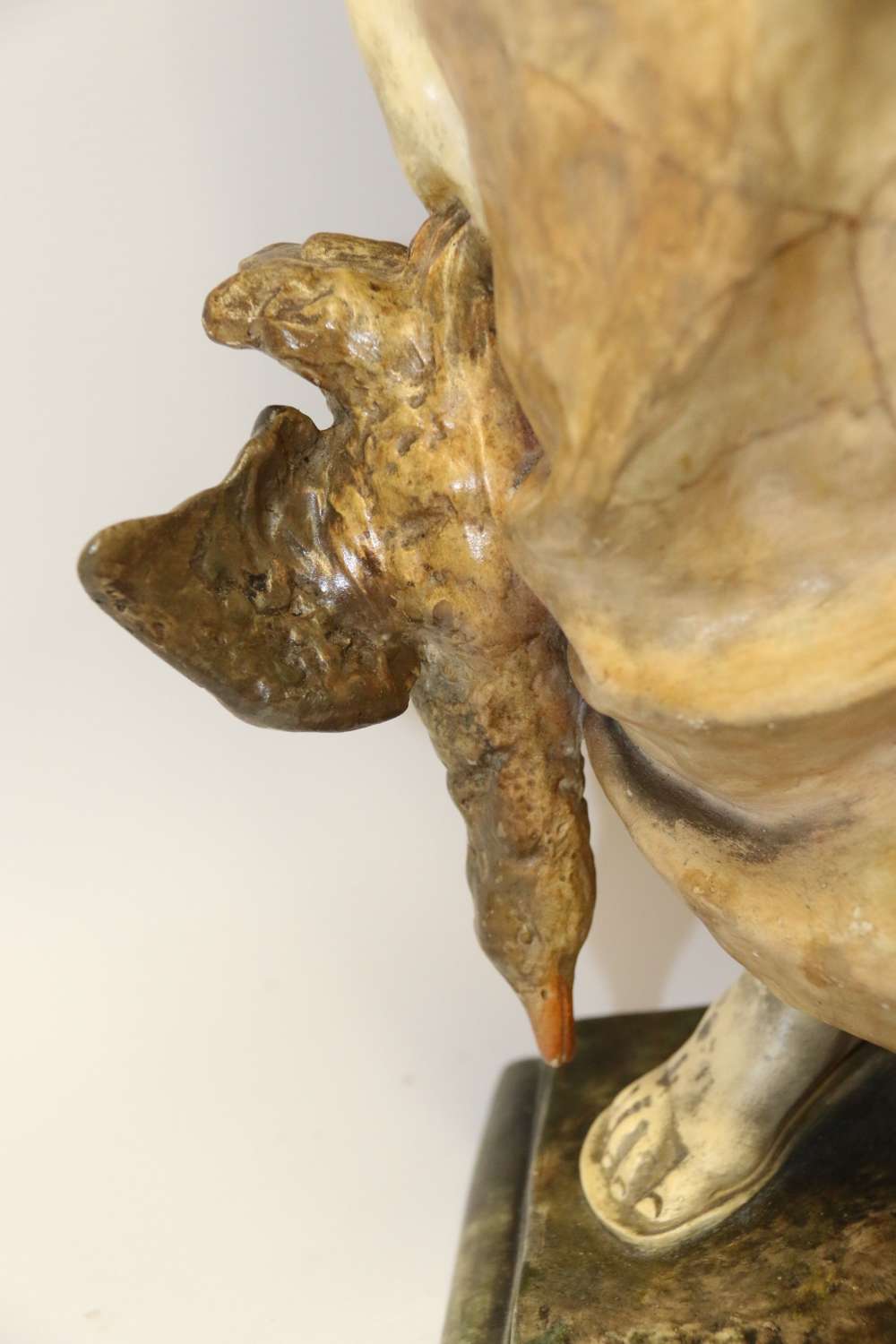 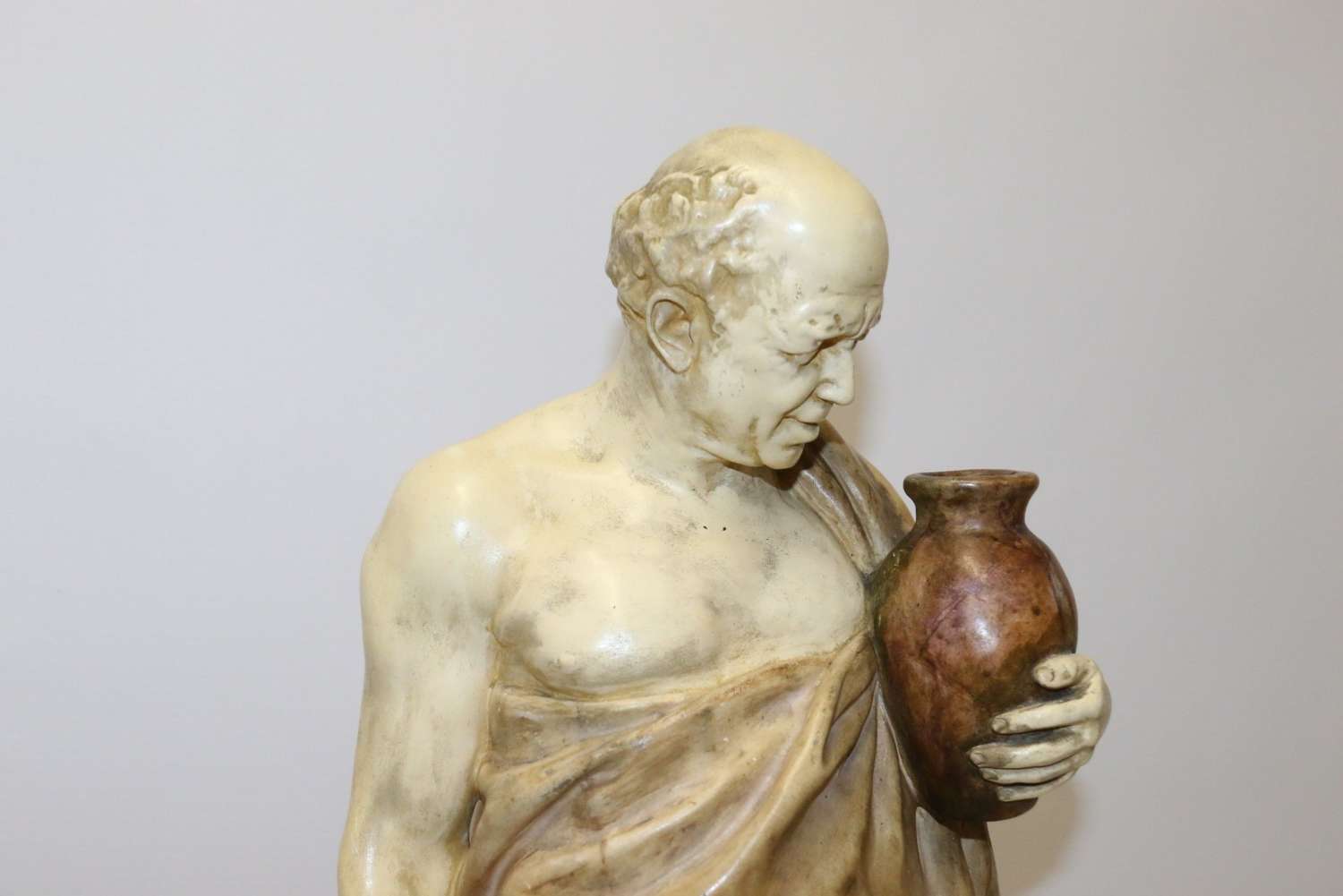 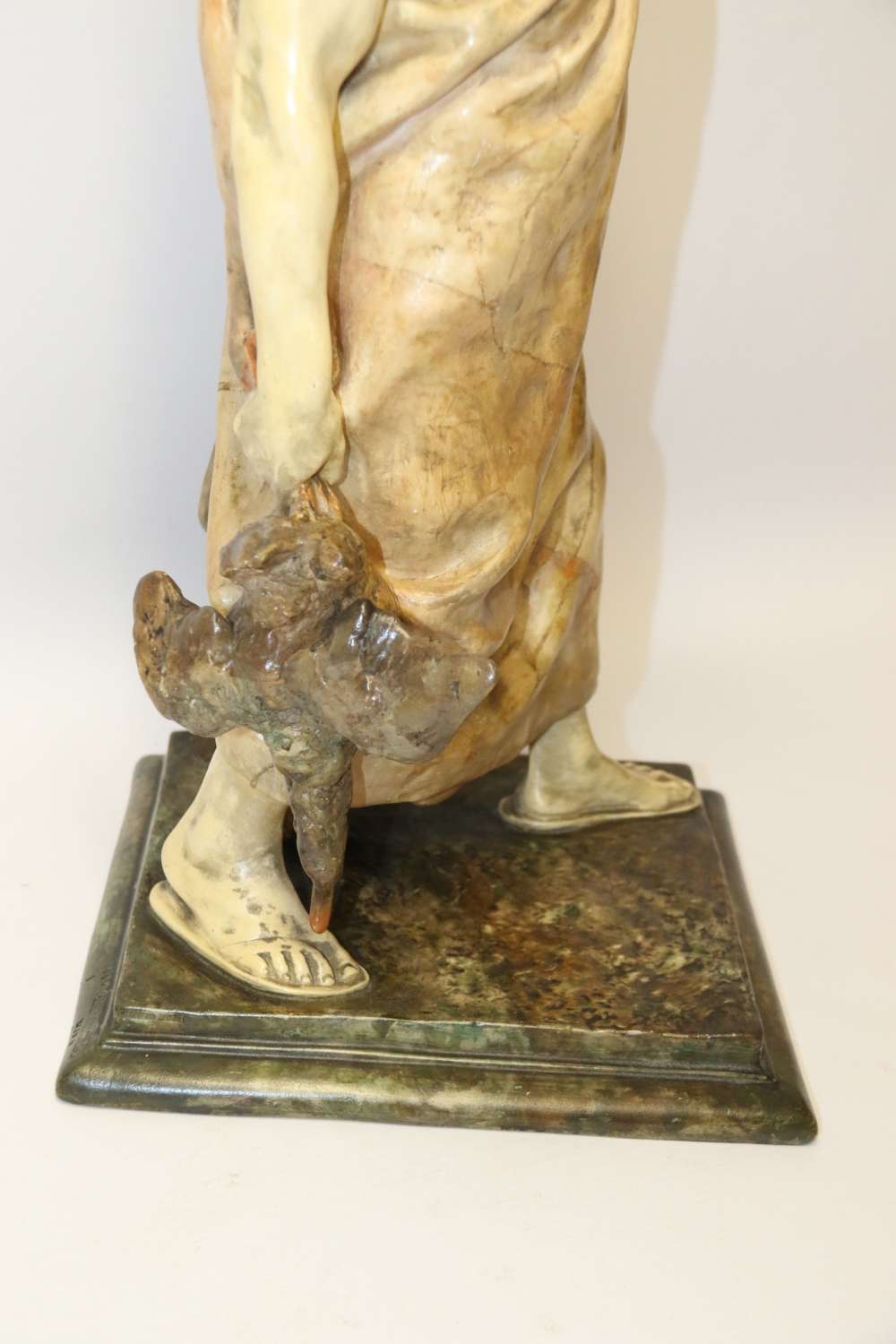 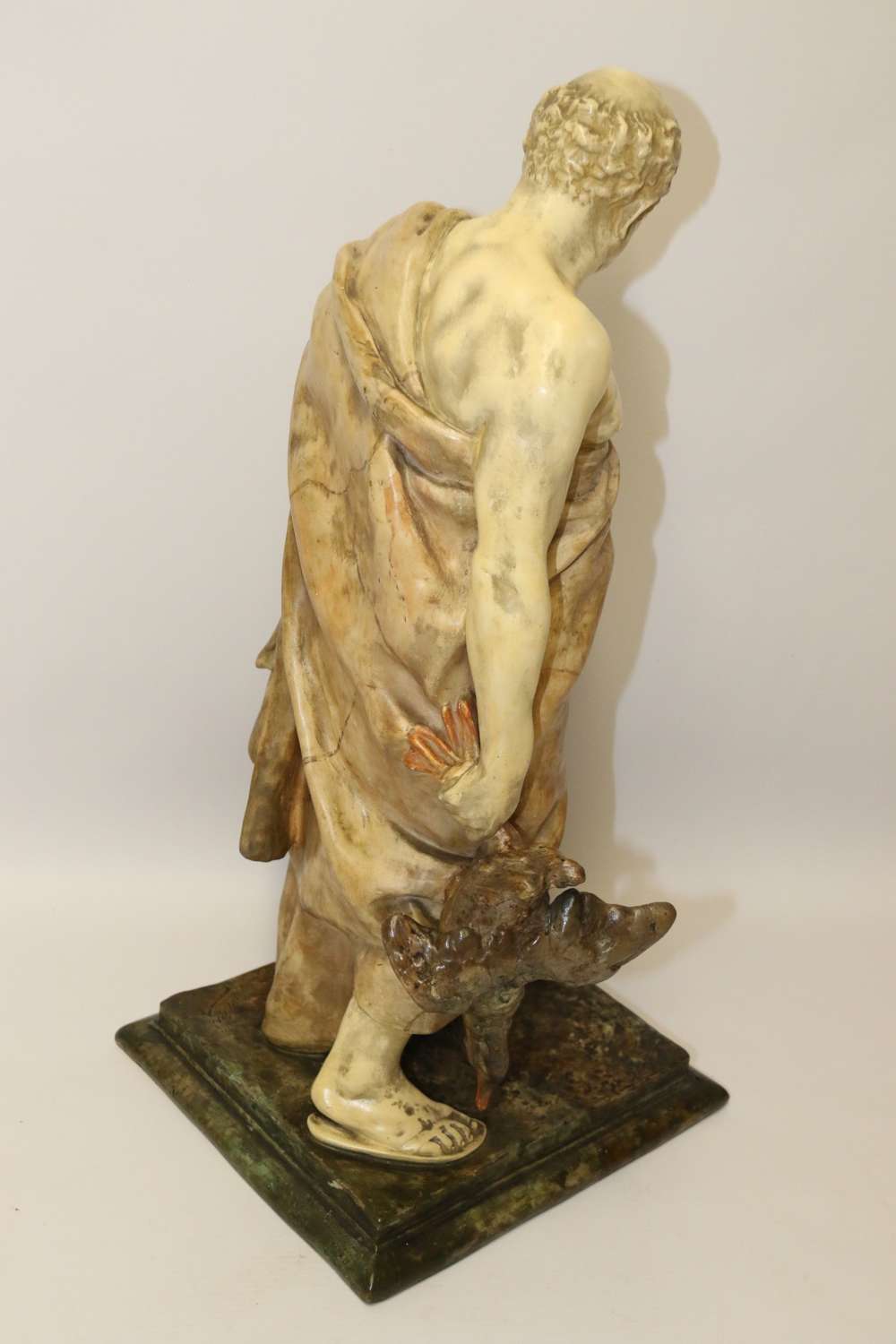 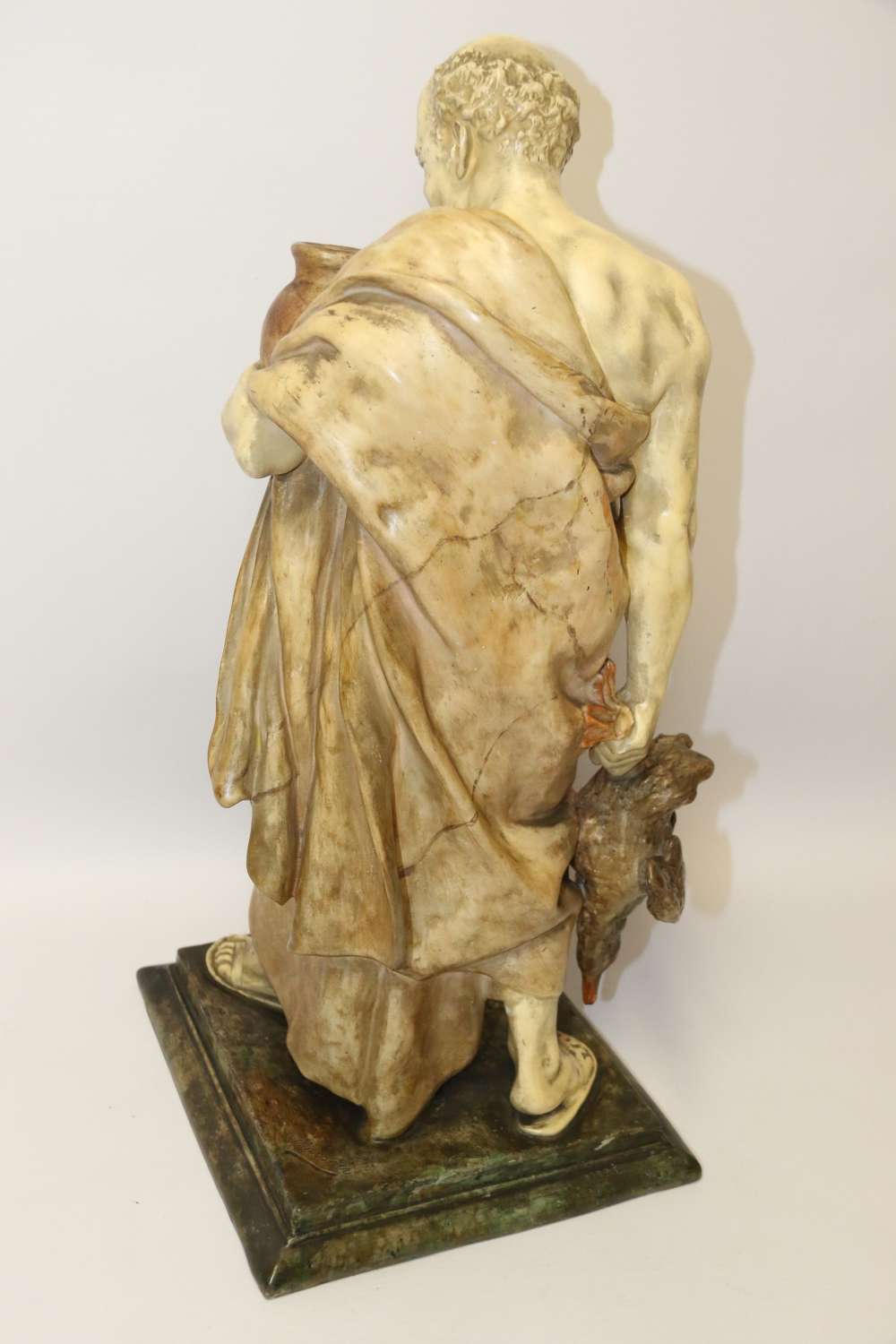 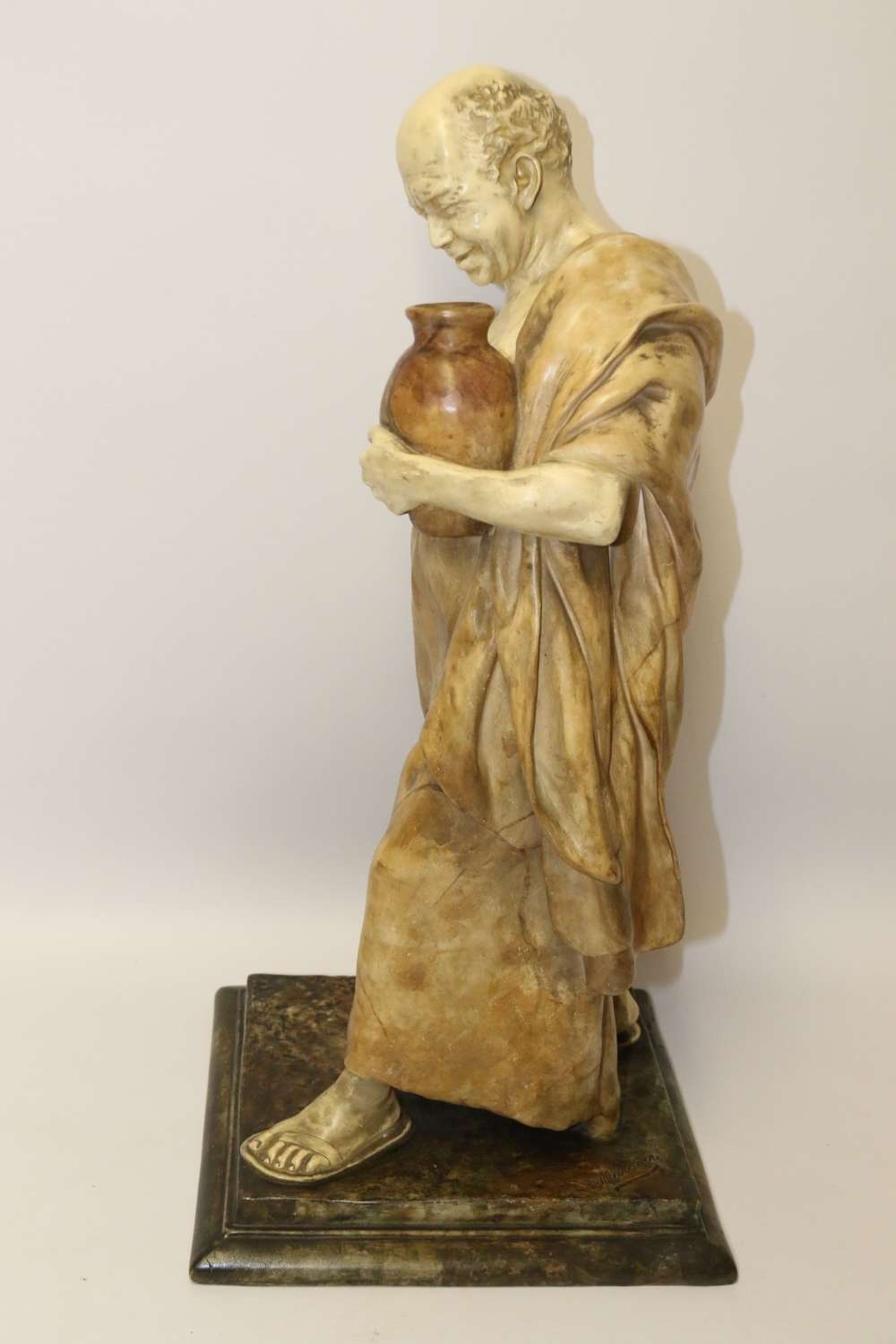 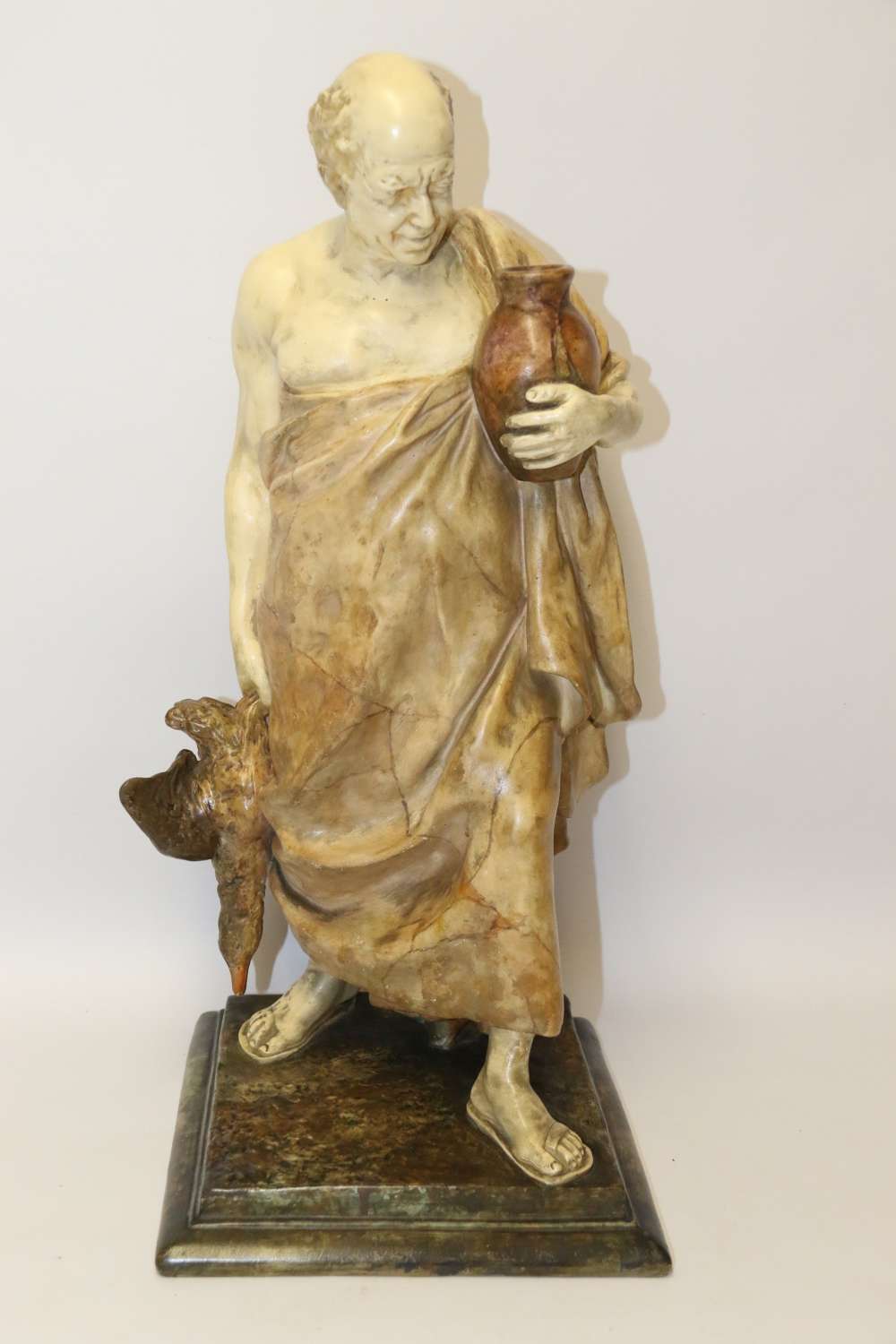 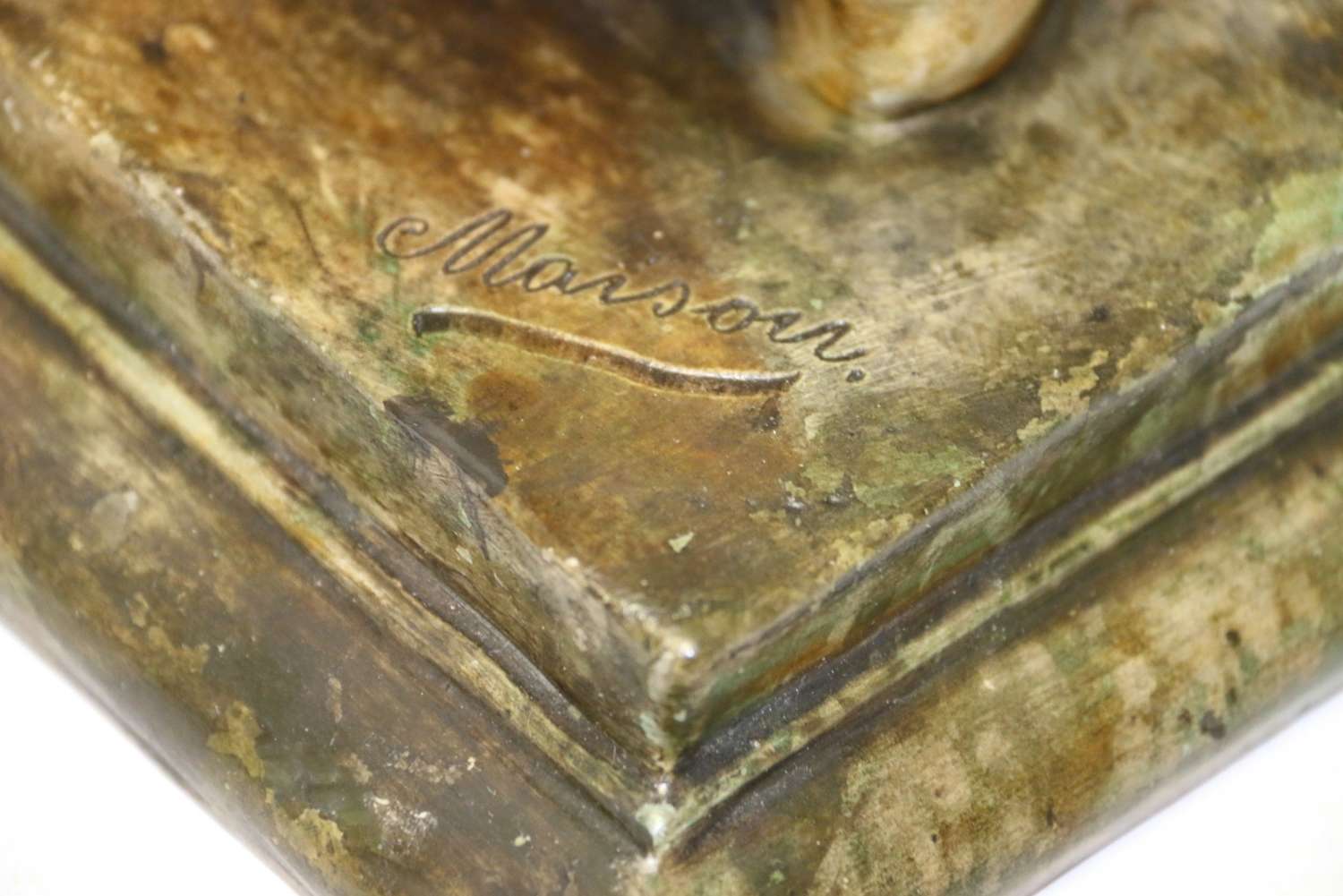 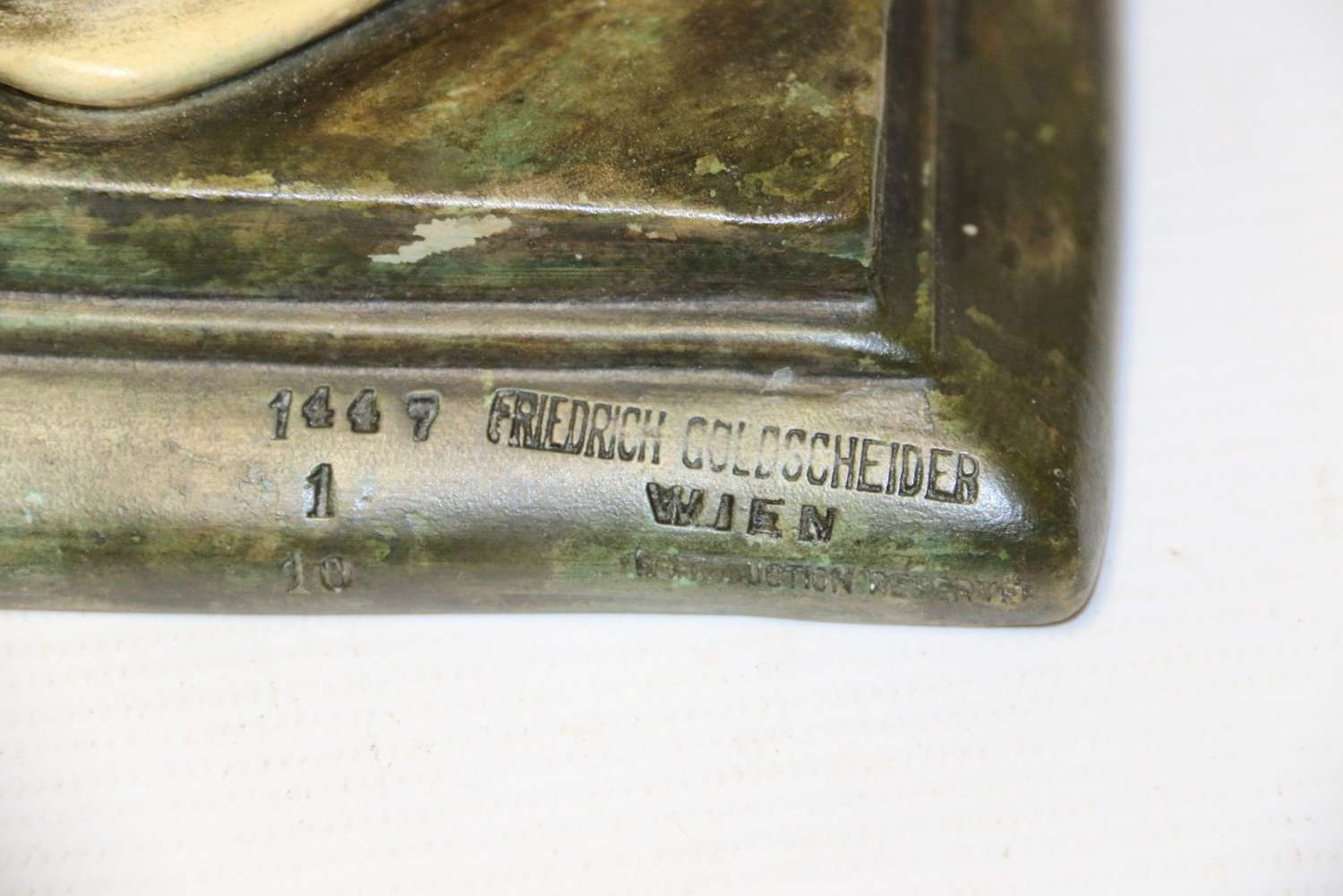 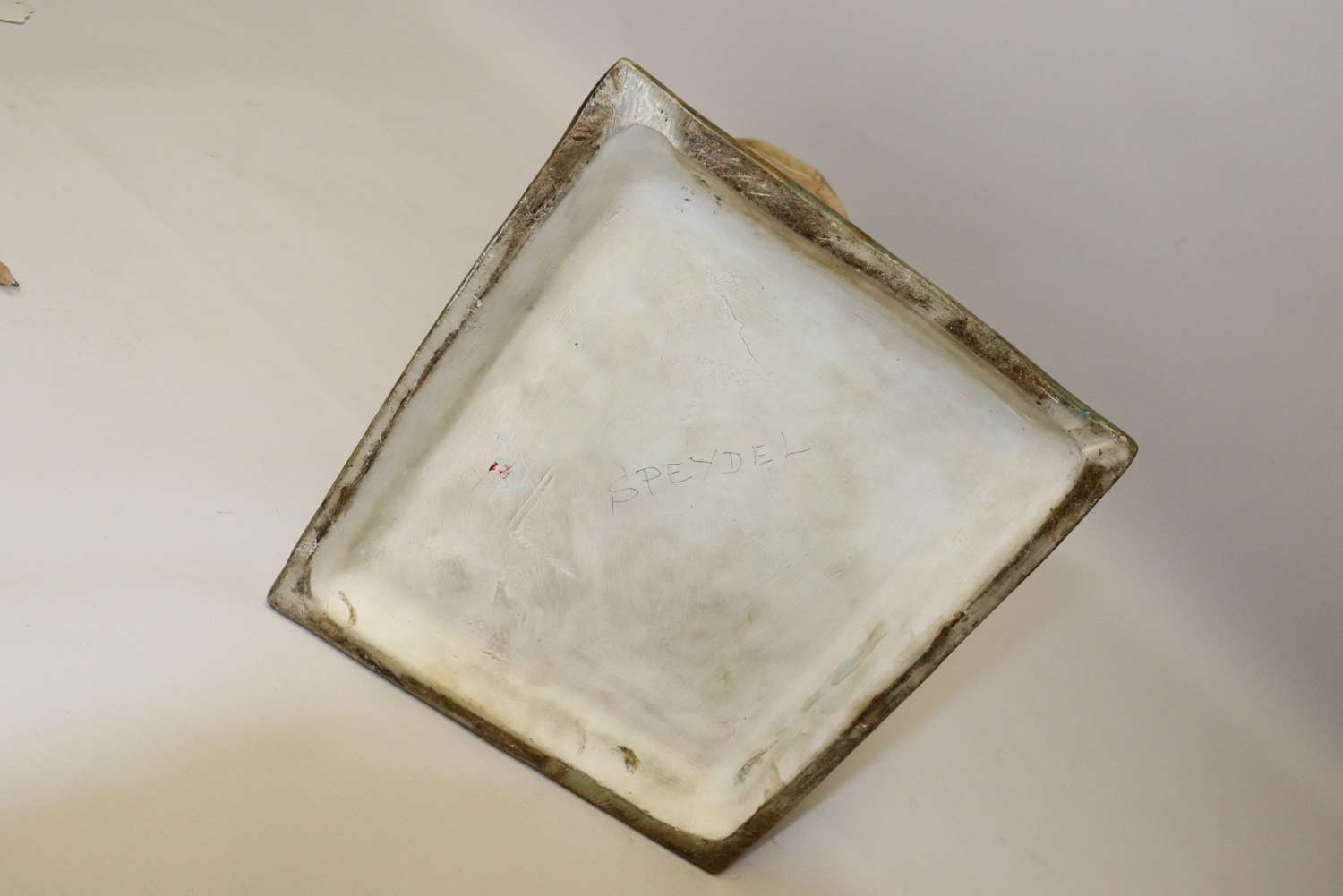 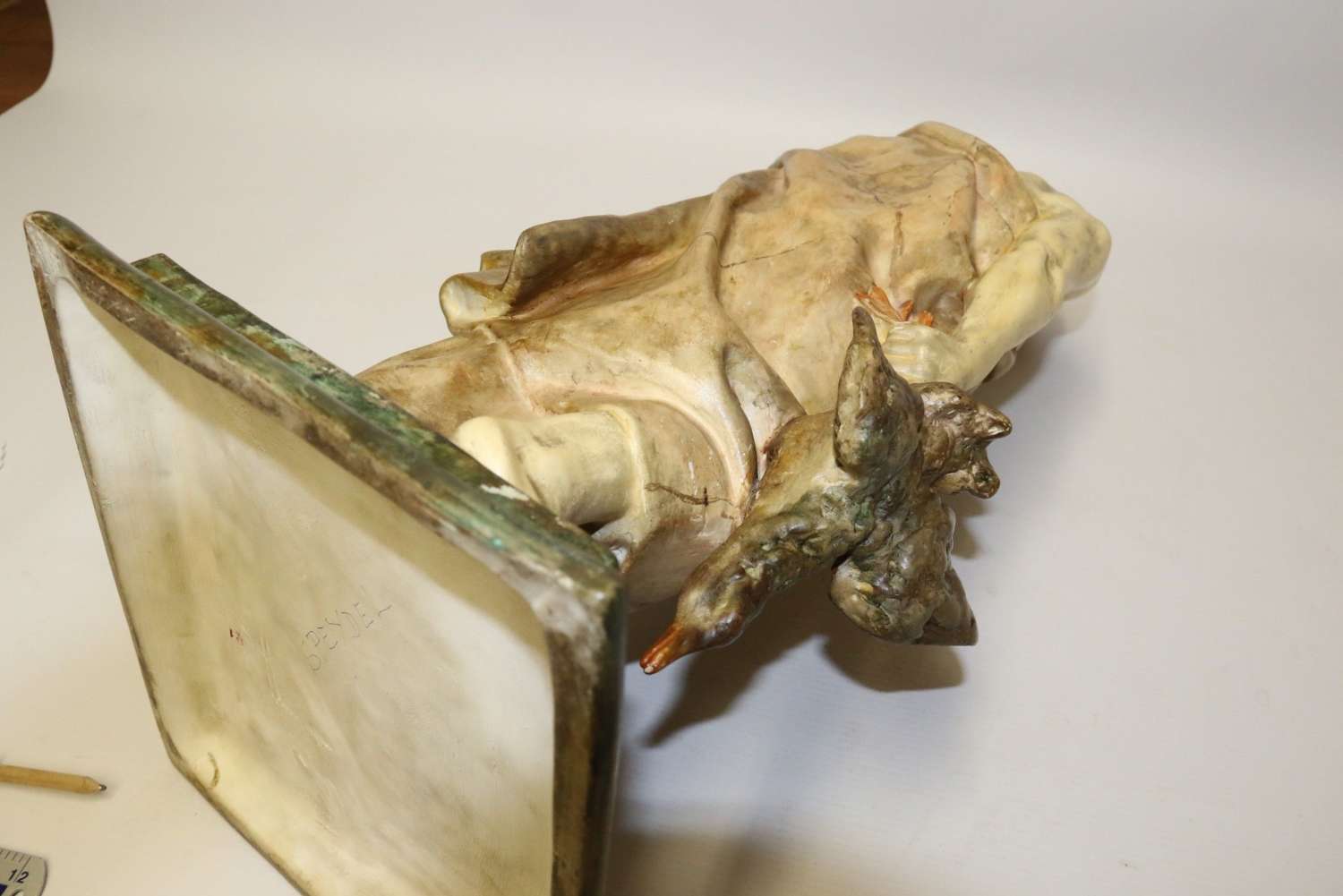