A Large Pair Of Electrotype Bronze Figures By C Dopmeyer


This large and impressive pair of a late 19th-century electrotype bronze figures depicting medieval workmen. One is a road worker with a pickaxe, the other a blacksmith with a large hammer. They are both wearing the typical costume of the period.
Both figures are in good condition with a mid-brown patination.
Electrotypes were developed in the late 19th century as an alternative method of producing bronze in plaster and then building up a skin of bronze or copper with an electroplating process, similar to silver plating but much thicker. These pieces are quite rare, particularly at this large size.
Signed C Dopmeyer 1894.
Carl Dopmeyer was born October 24th, 1824 in Springe and died November 9th, 1899 in Hannover and was a German sculptor. 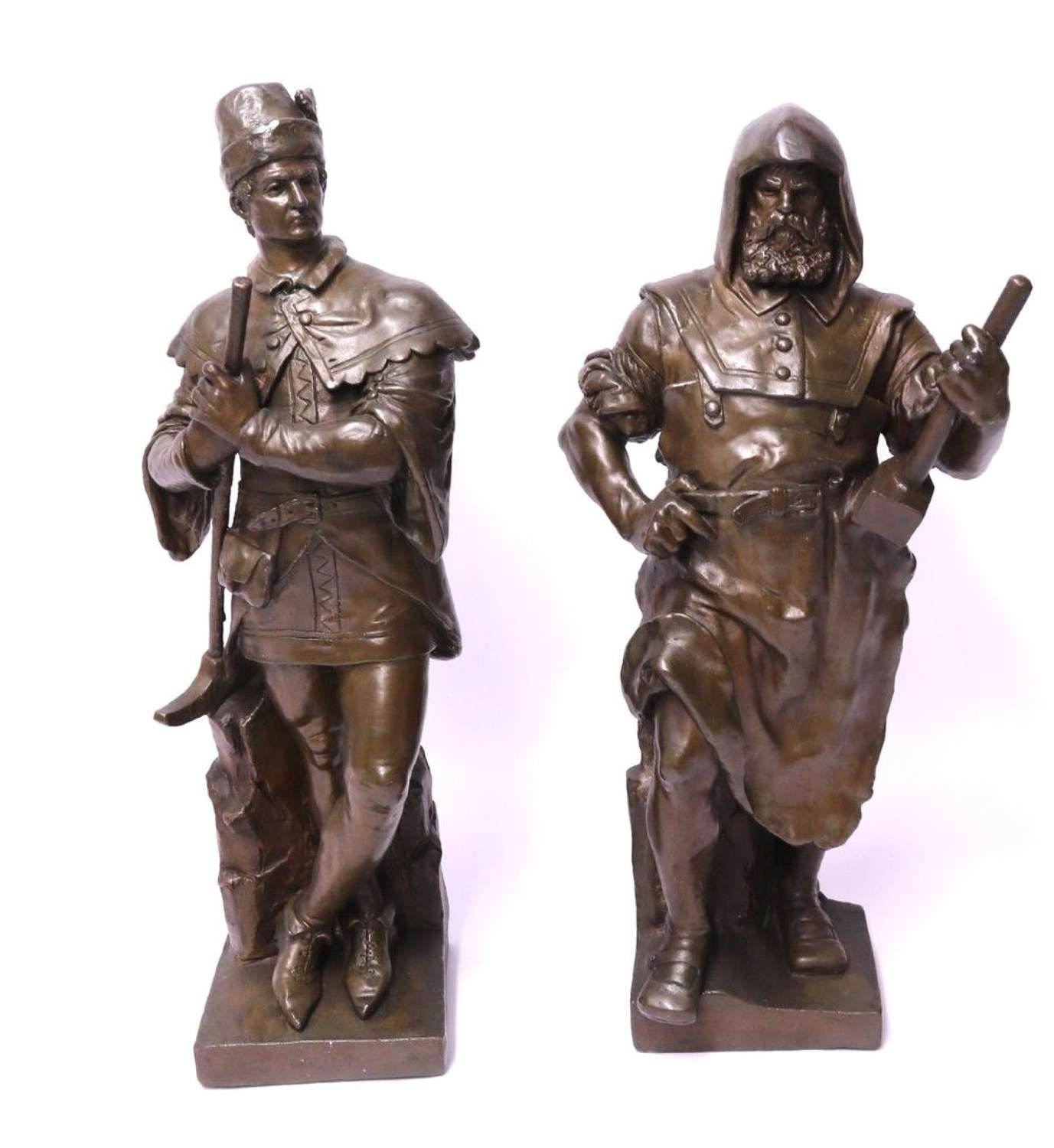 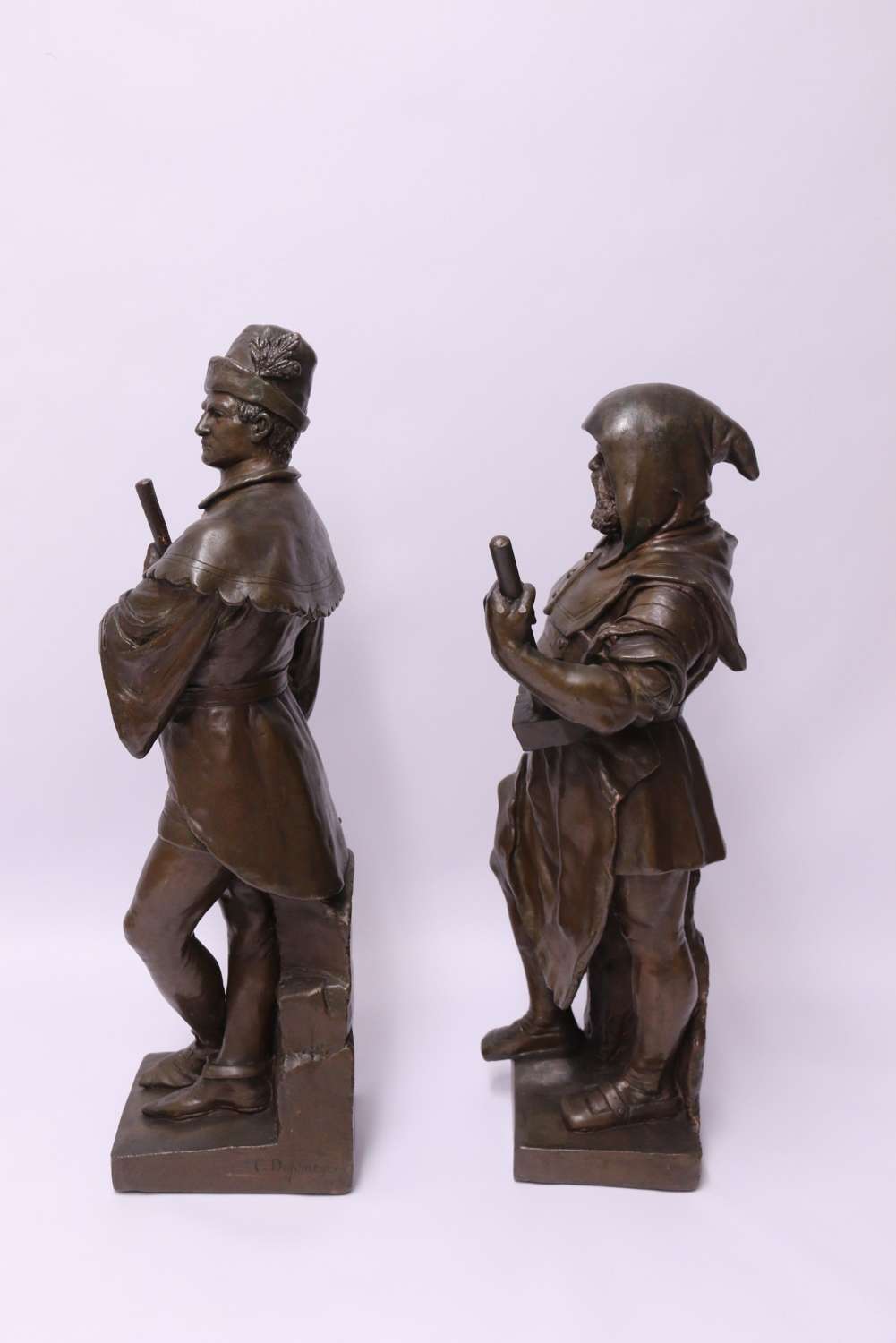 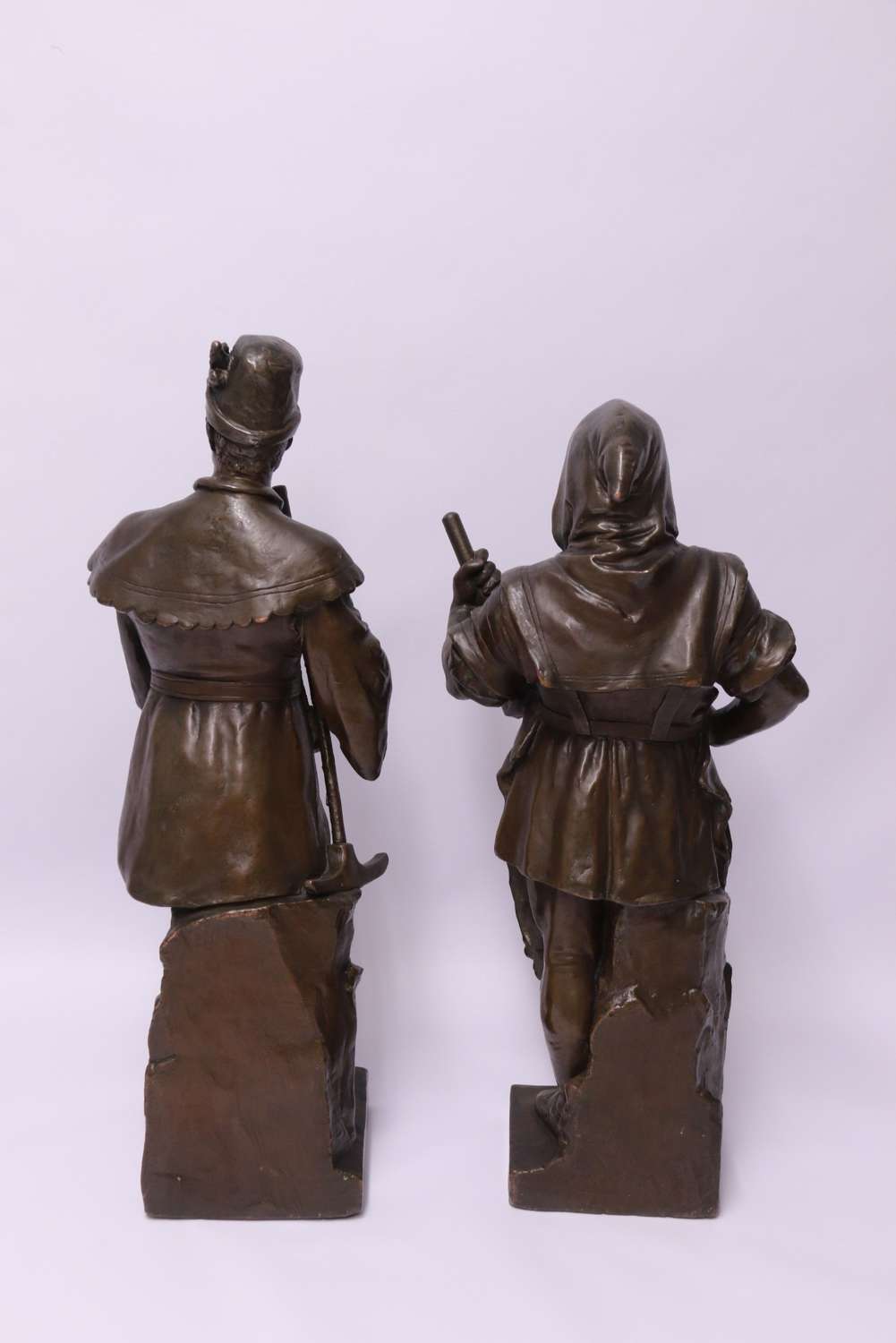 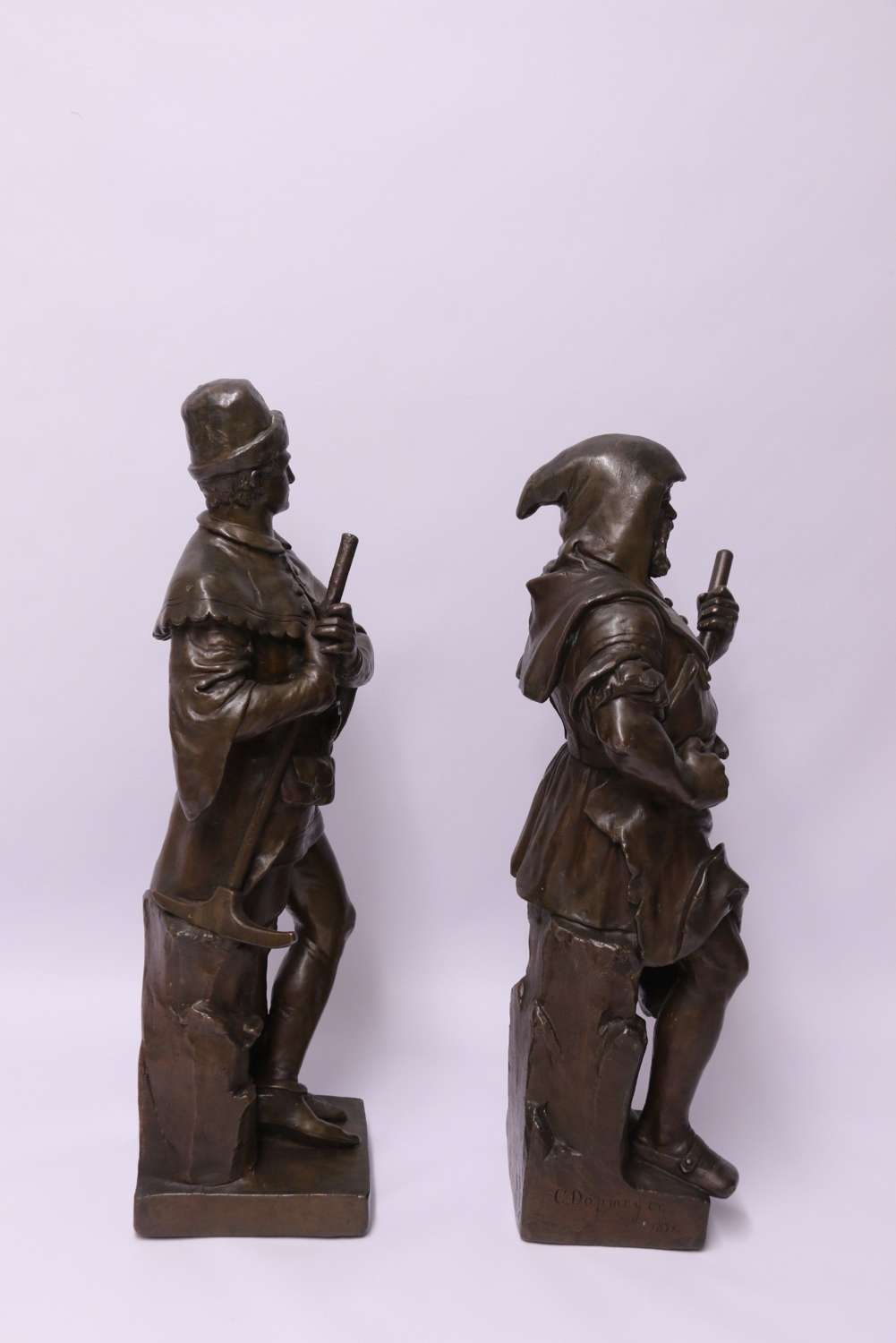 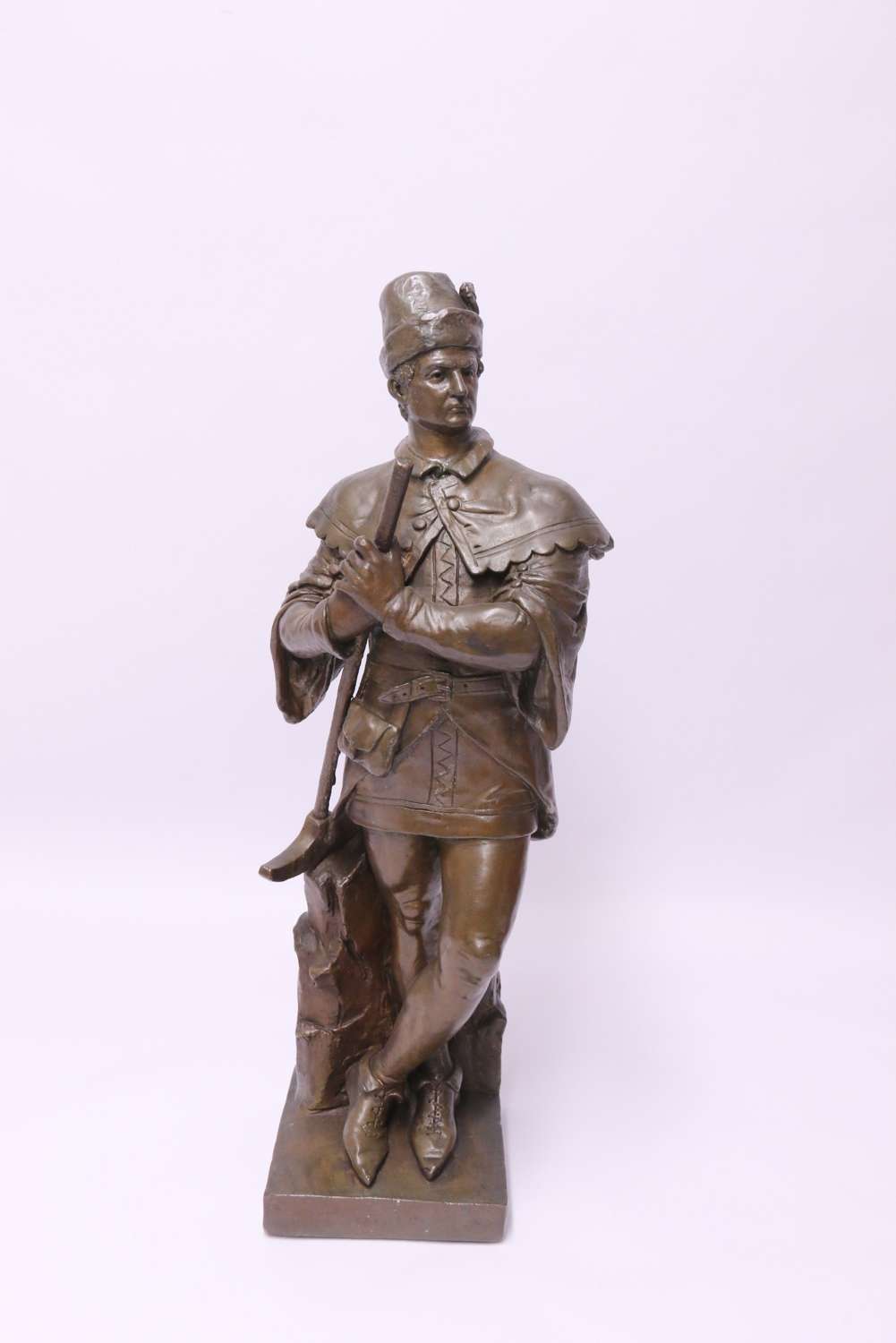 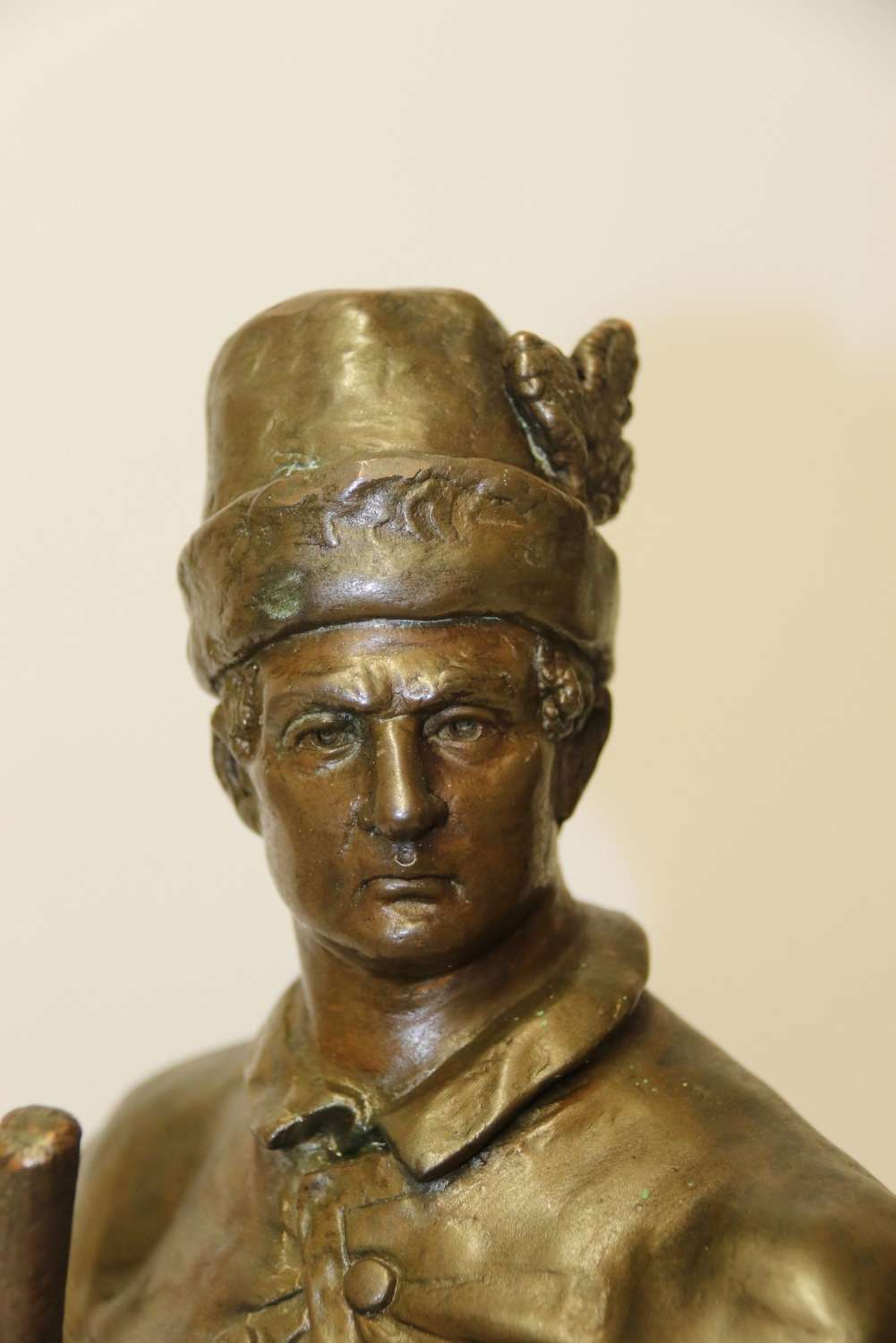 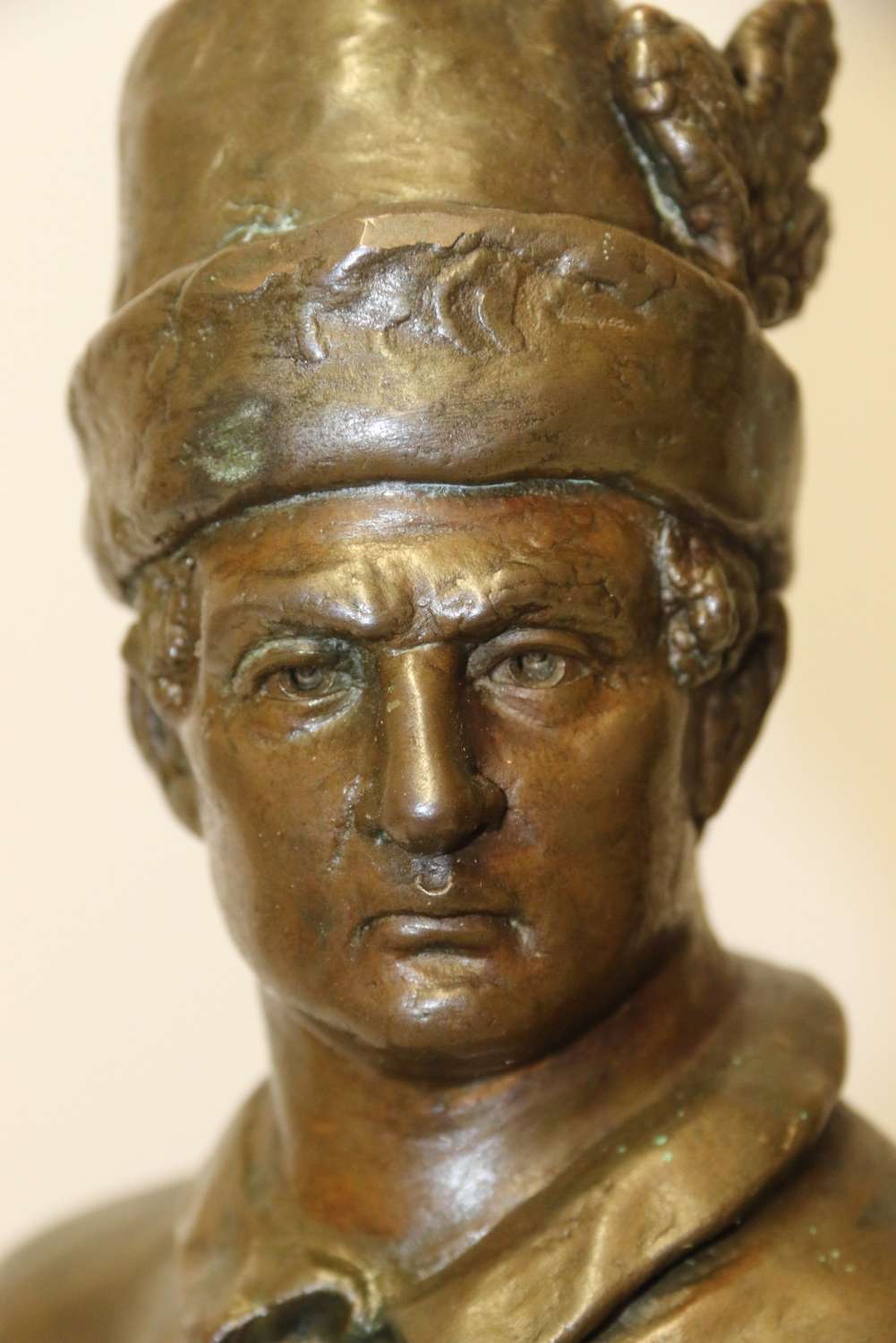 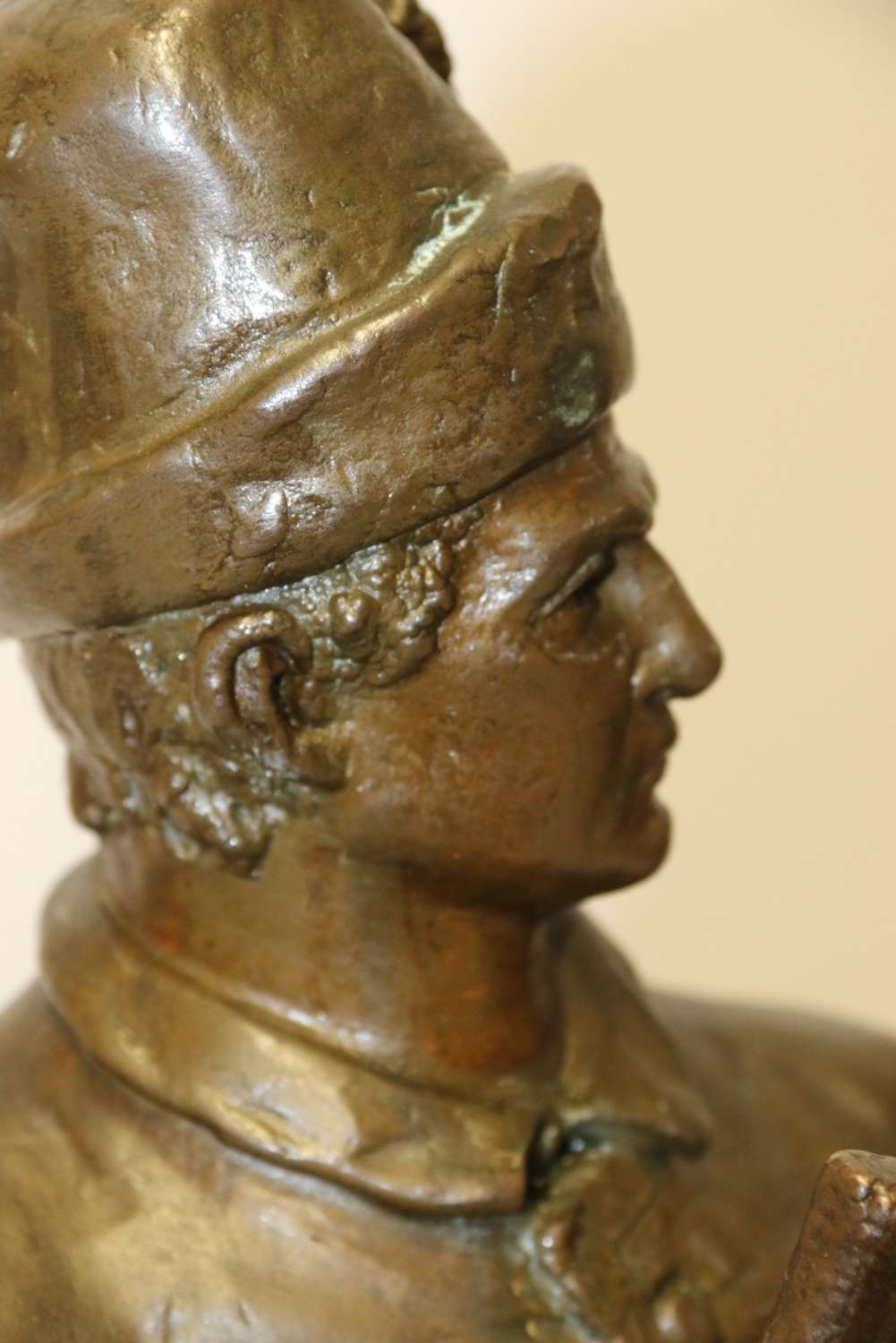 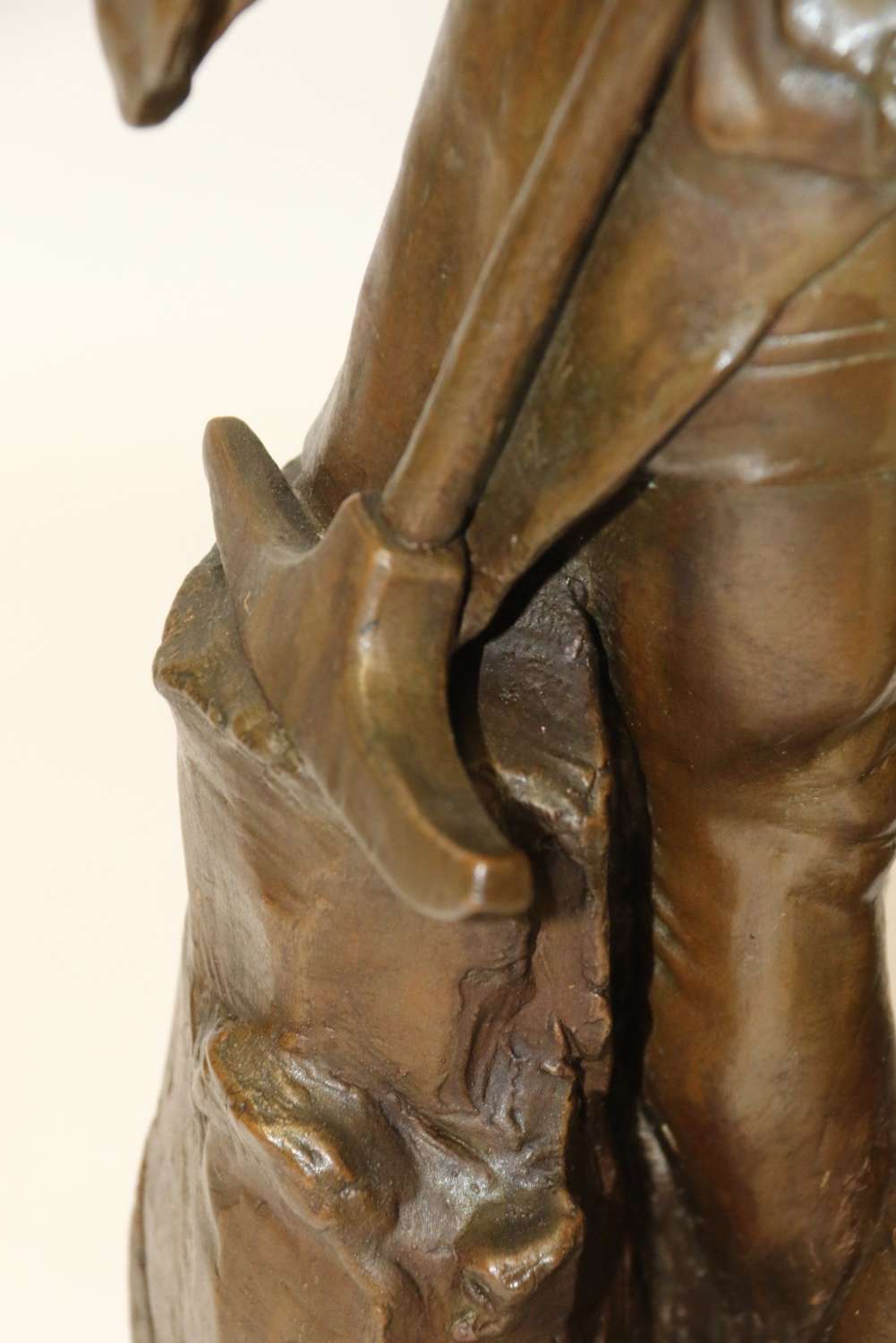 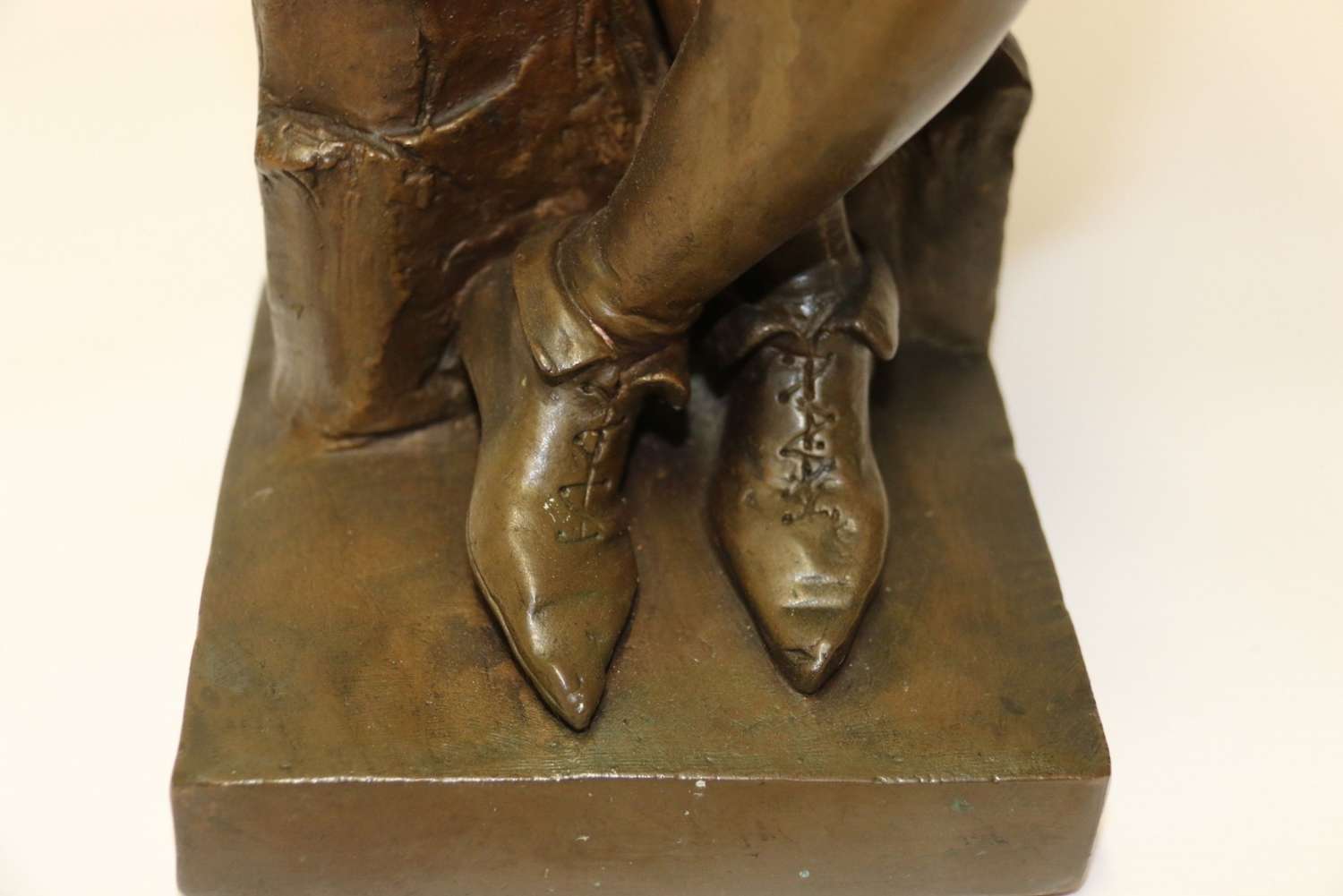 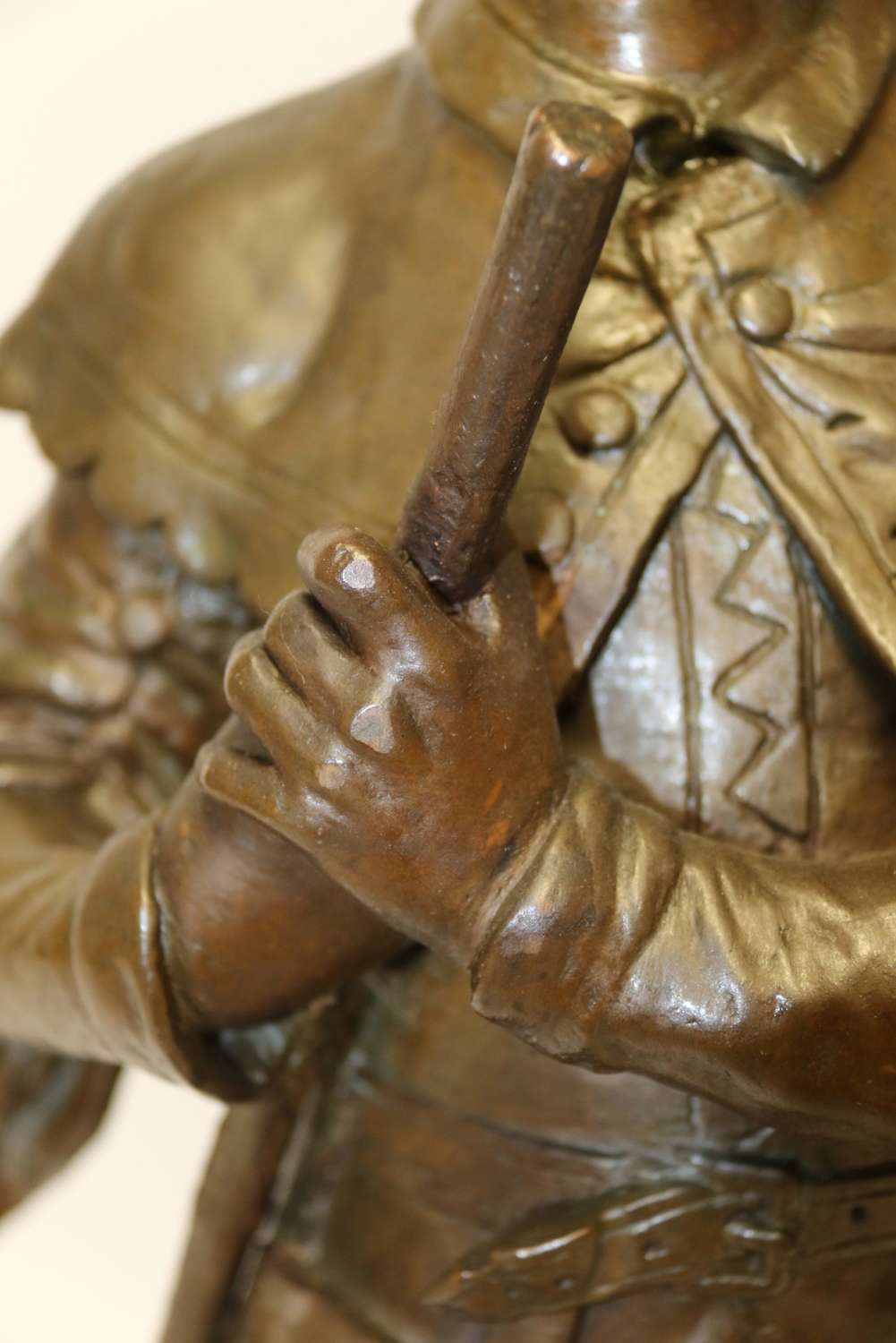 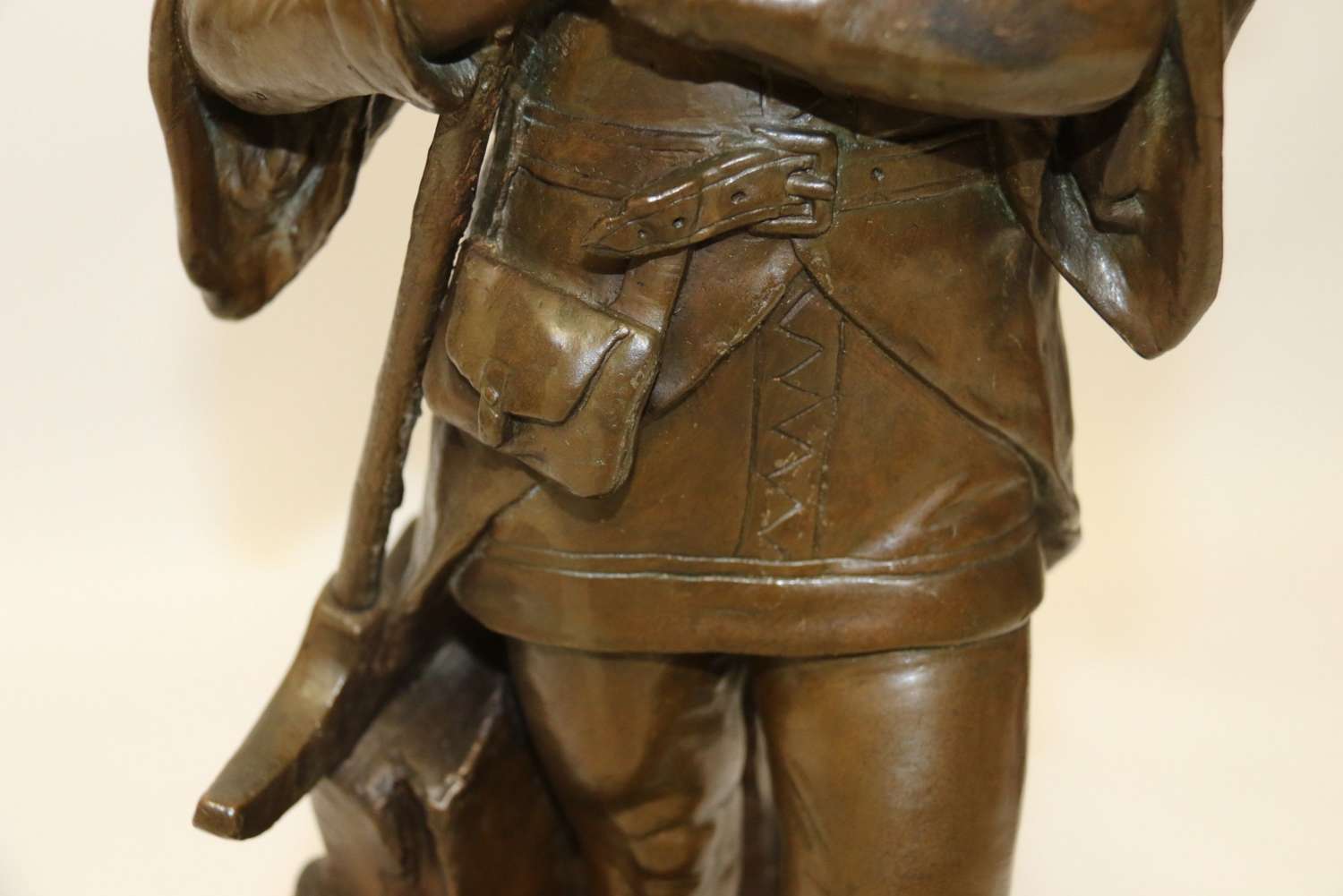 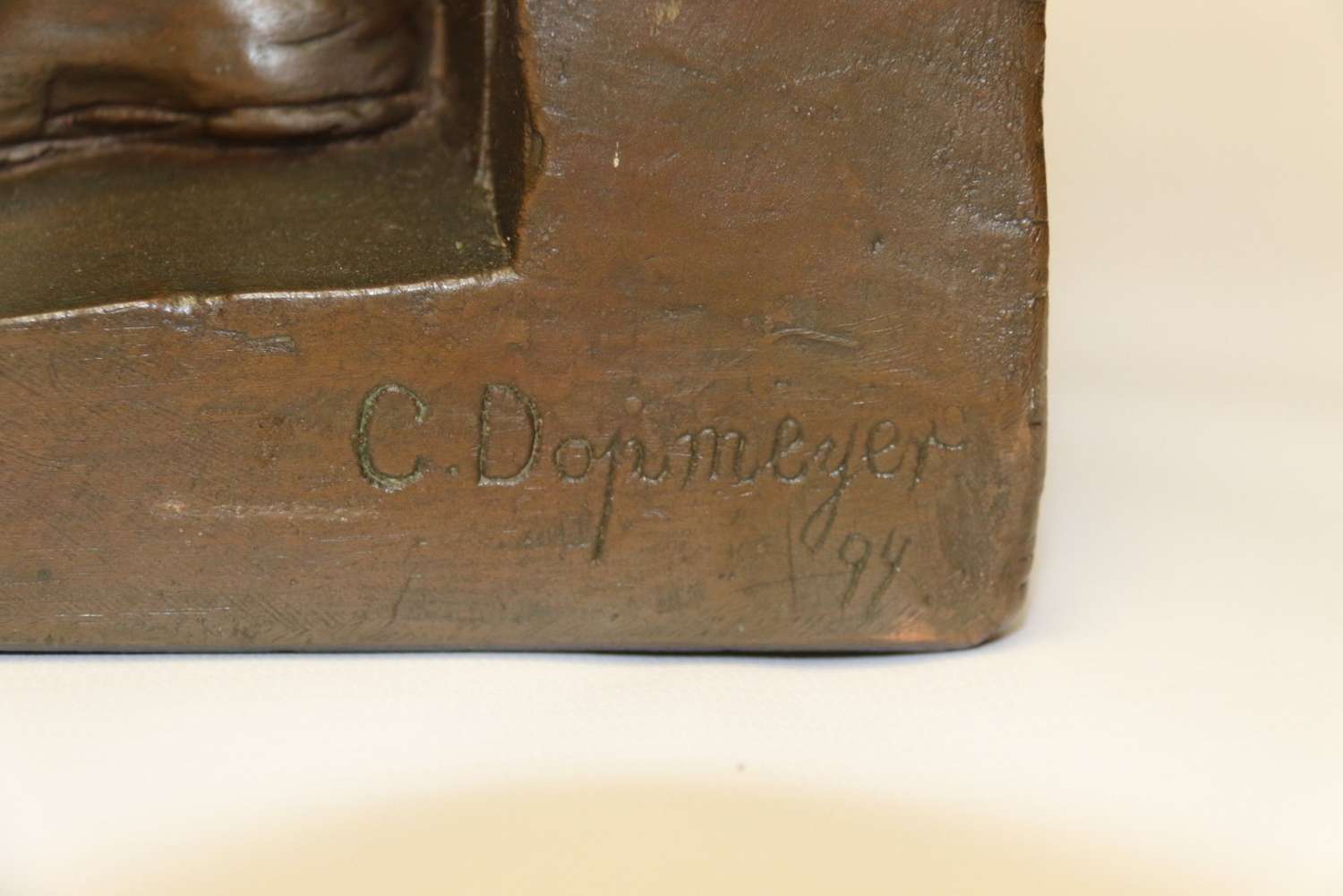 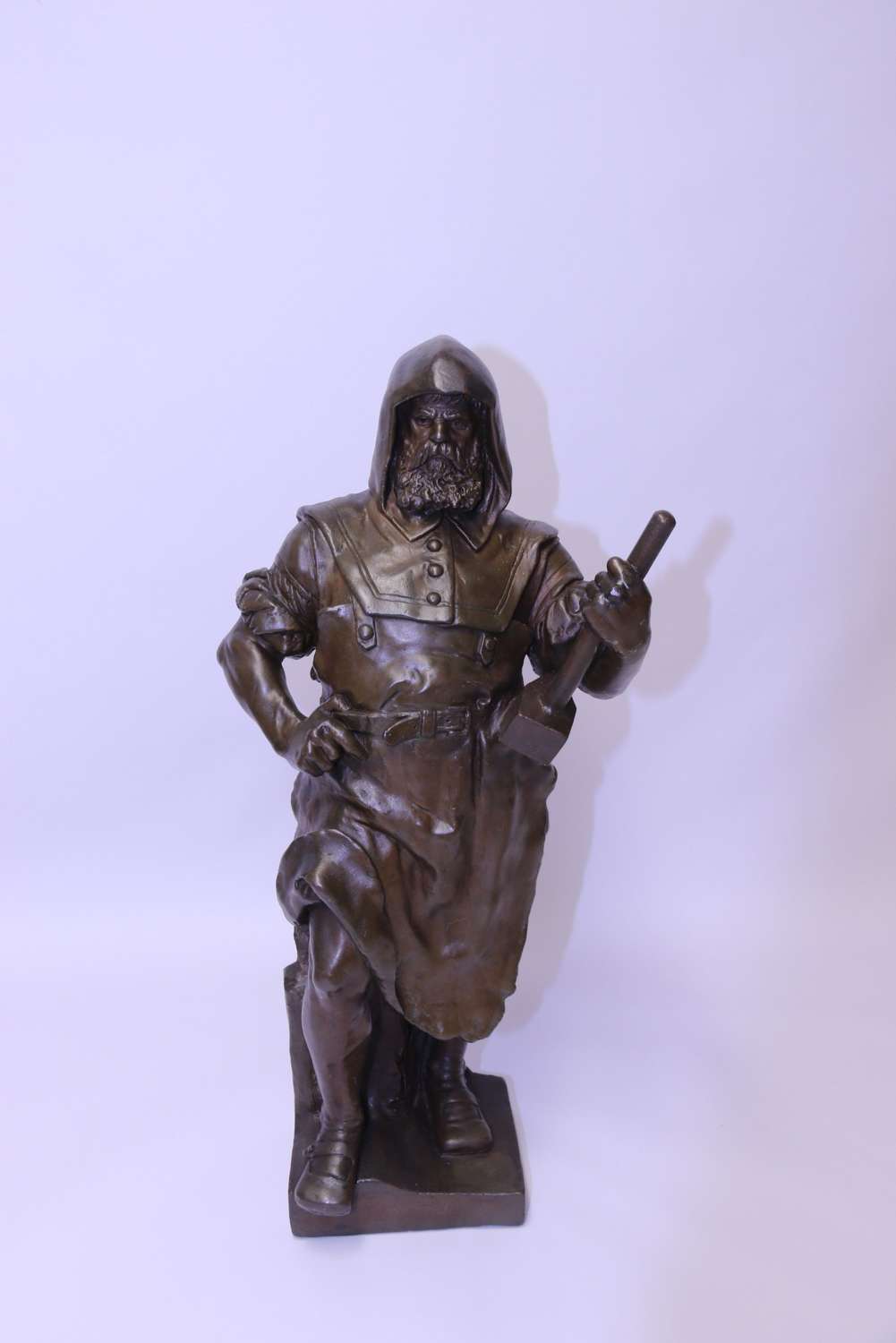 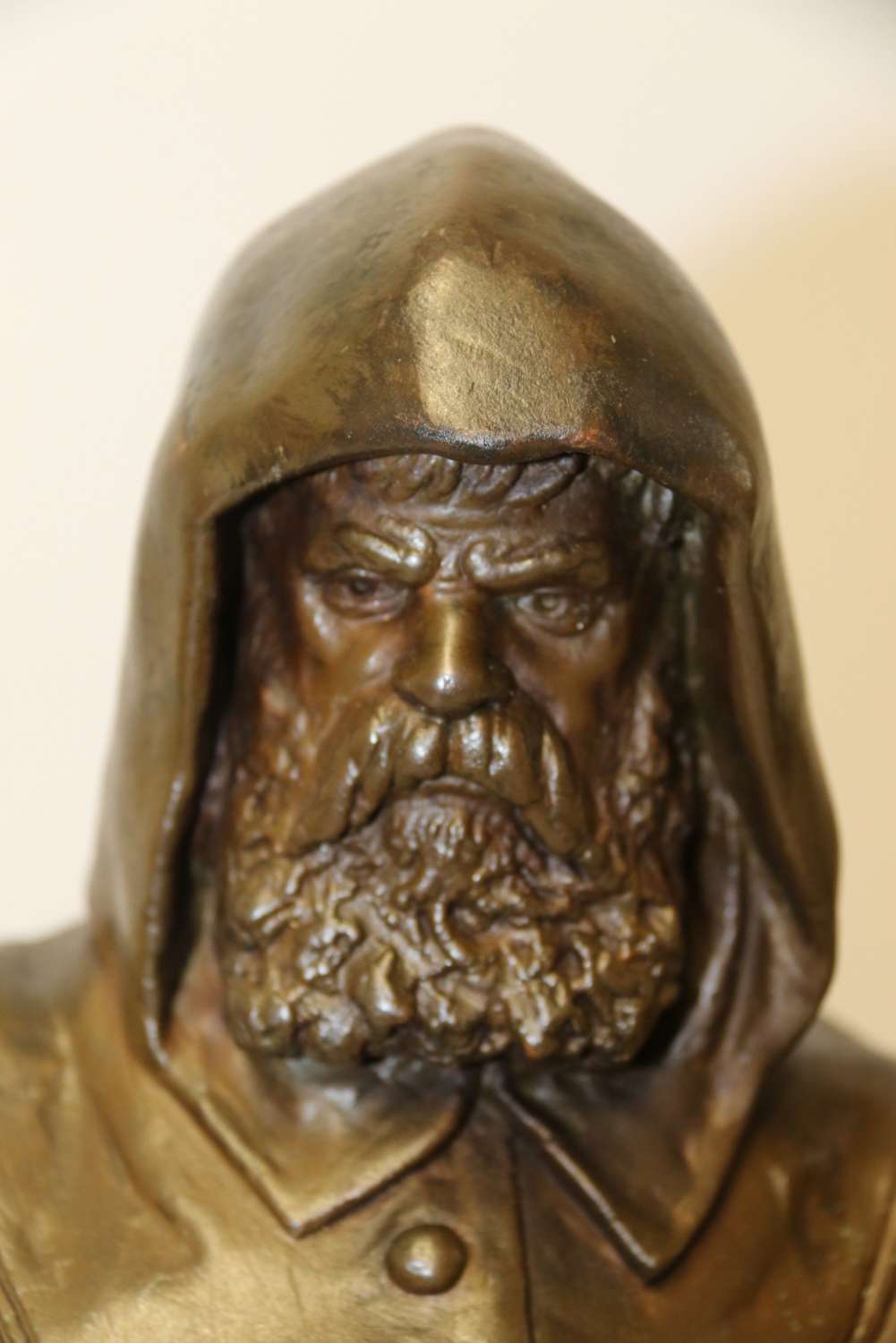 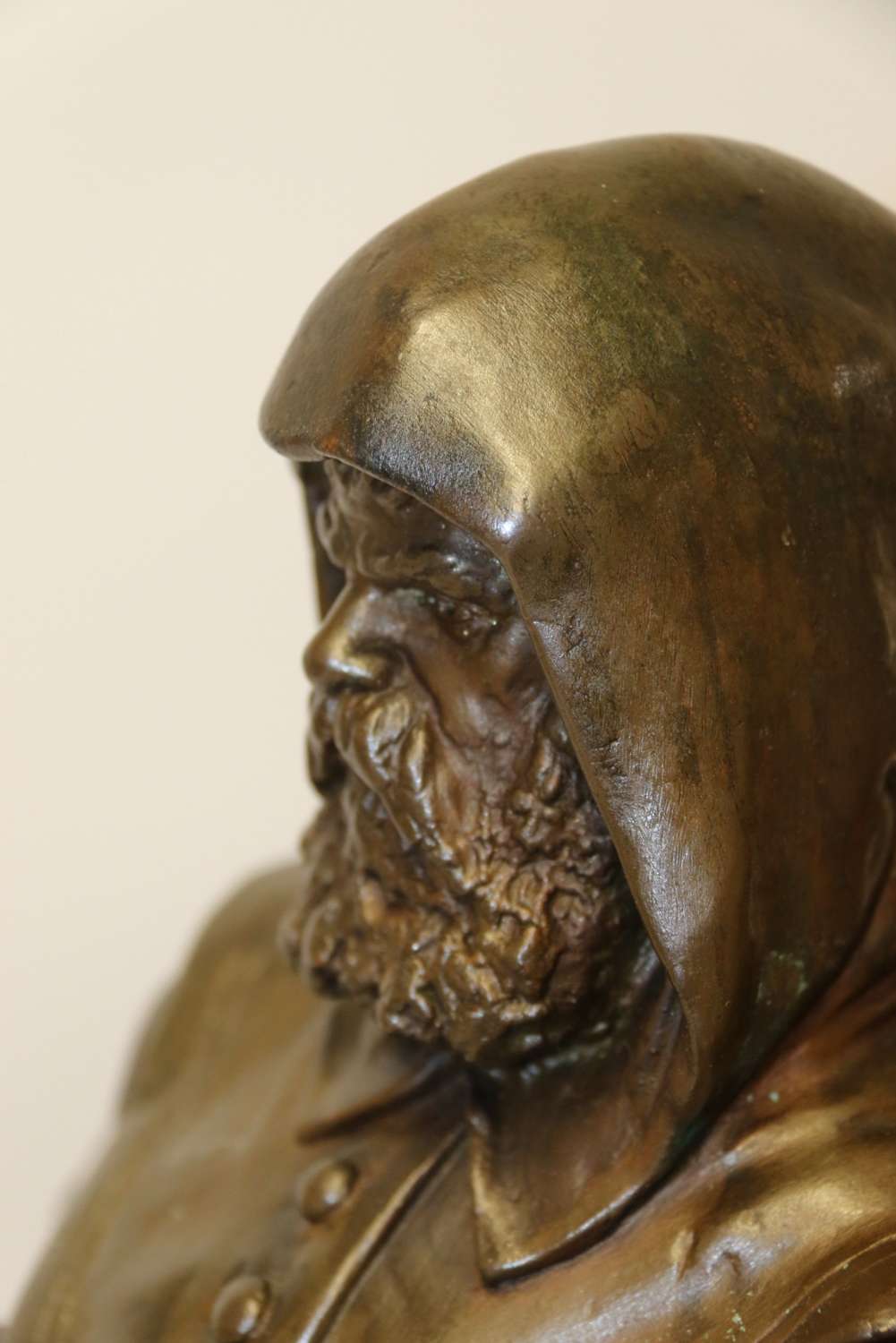 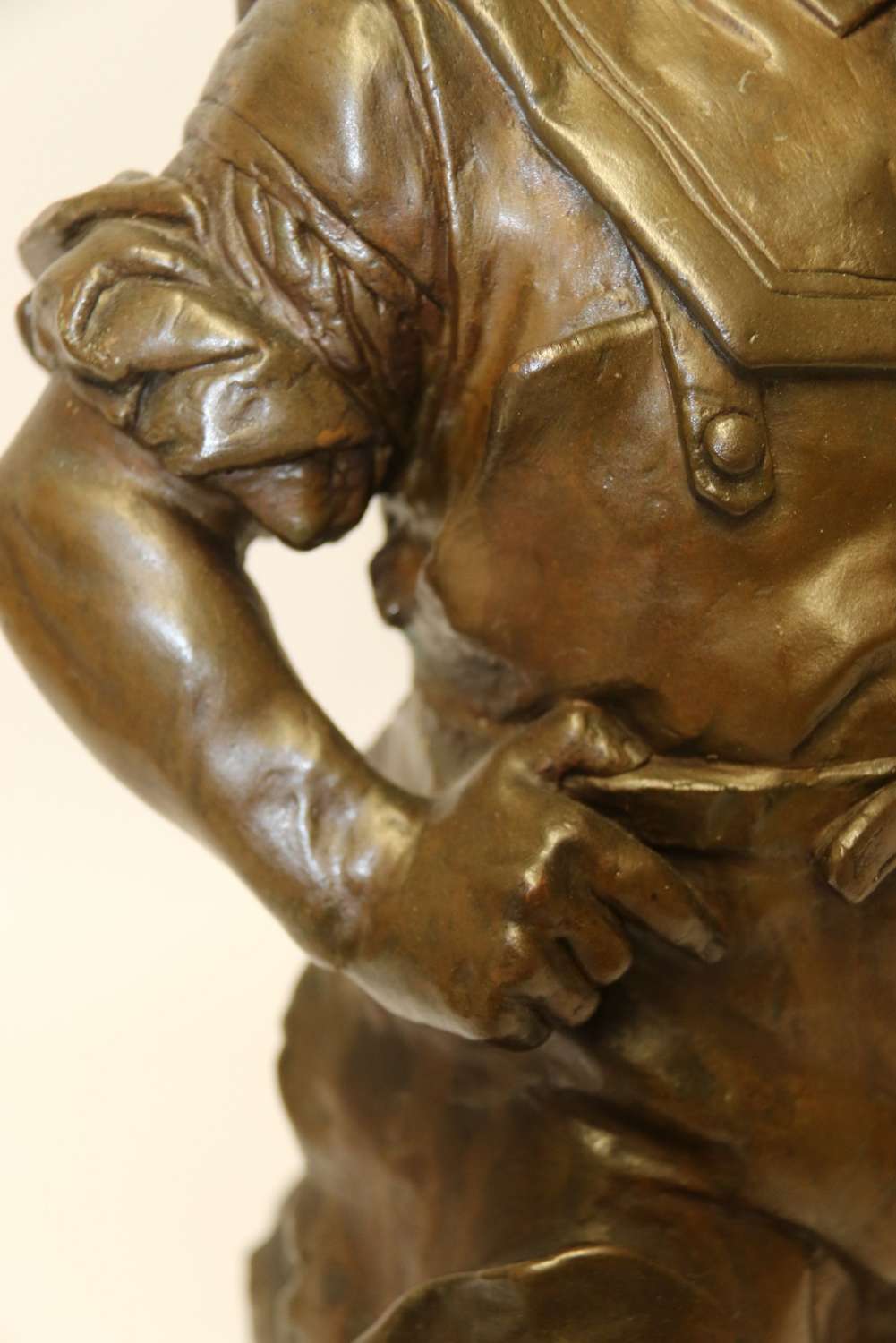 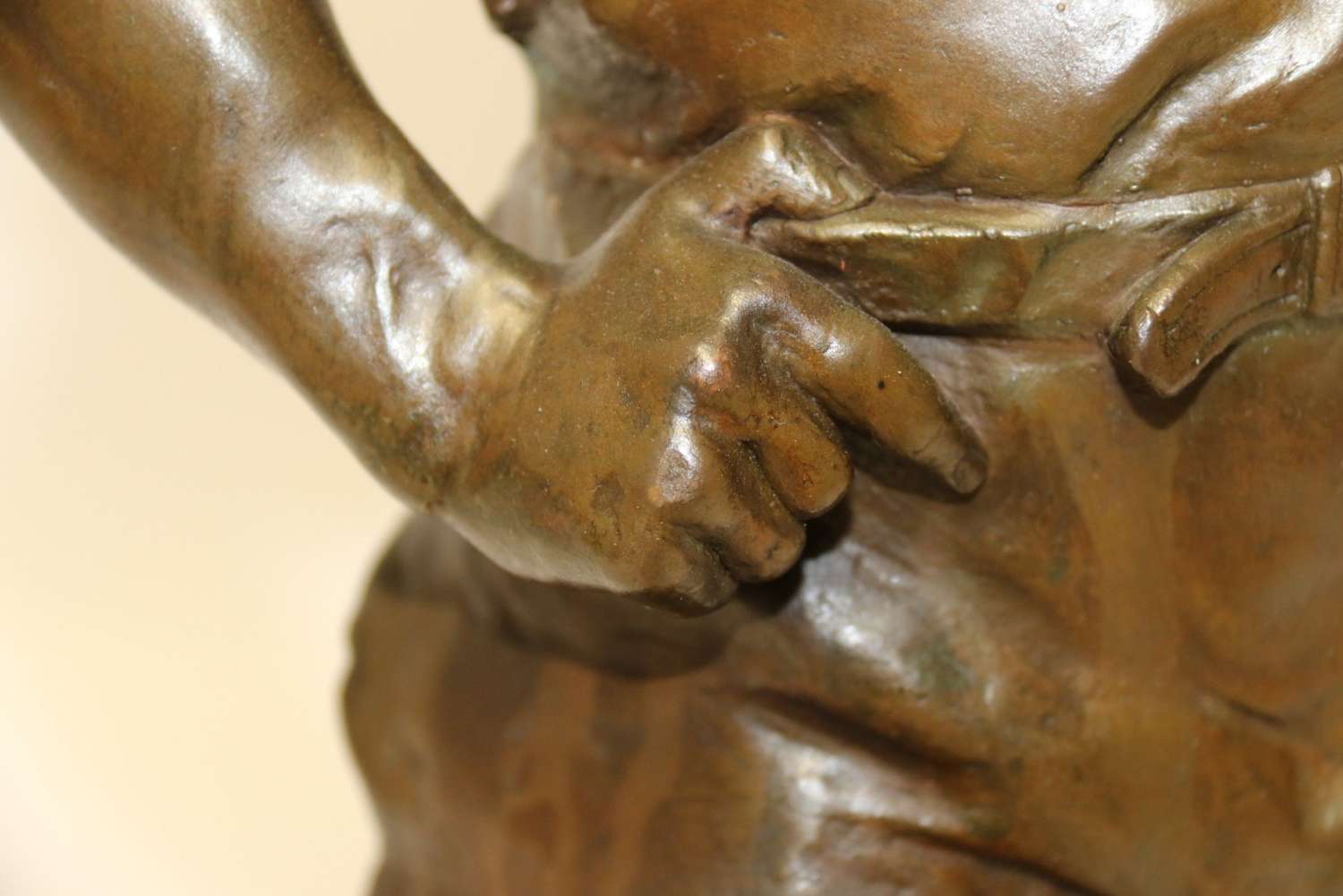 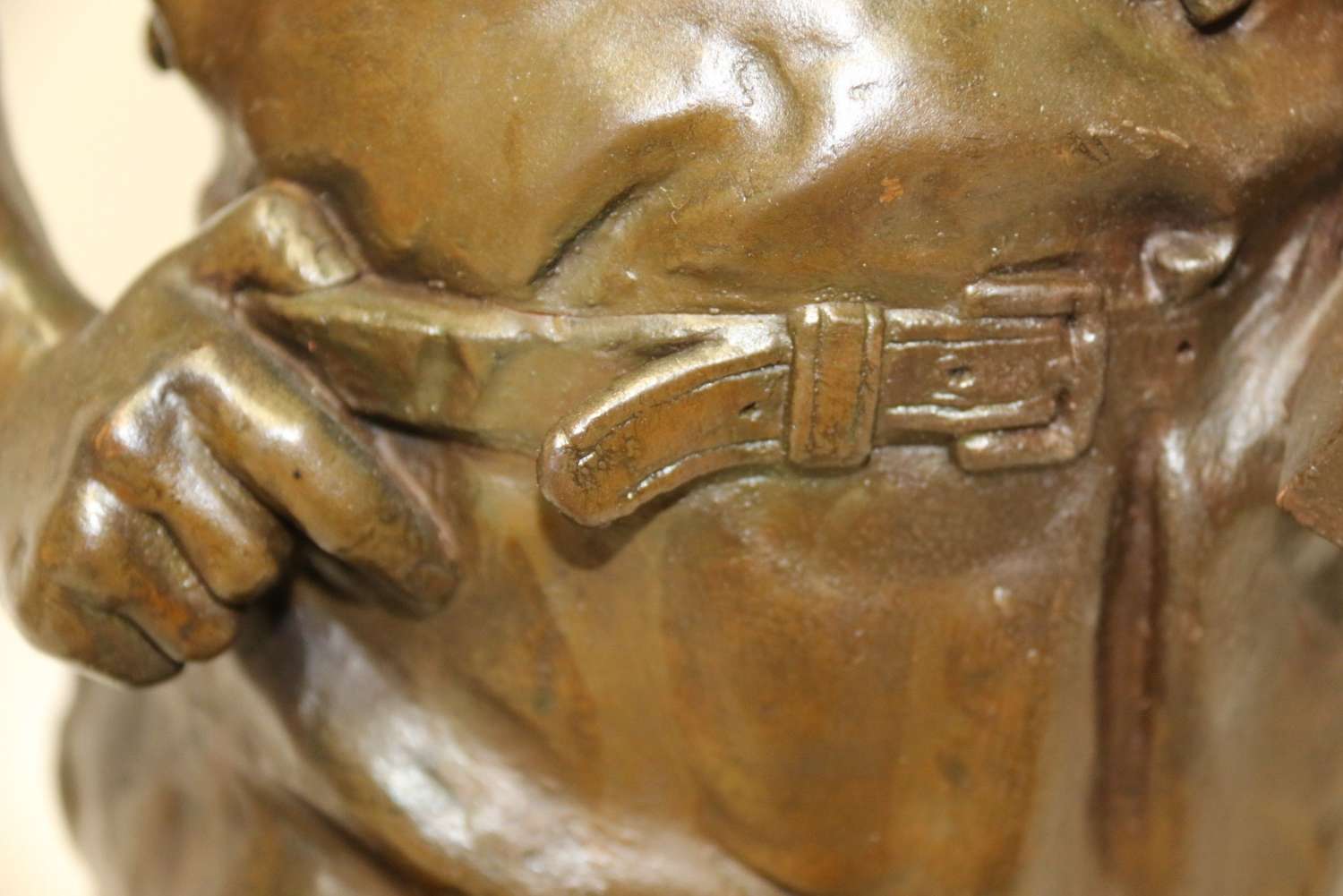 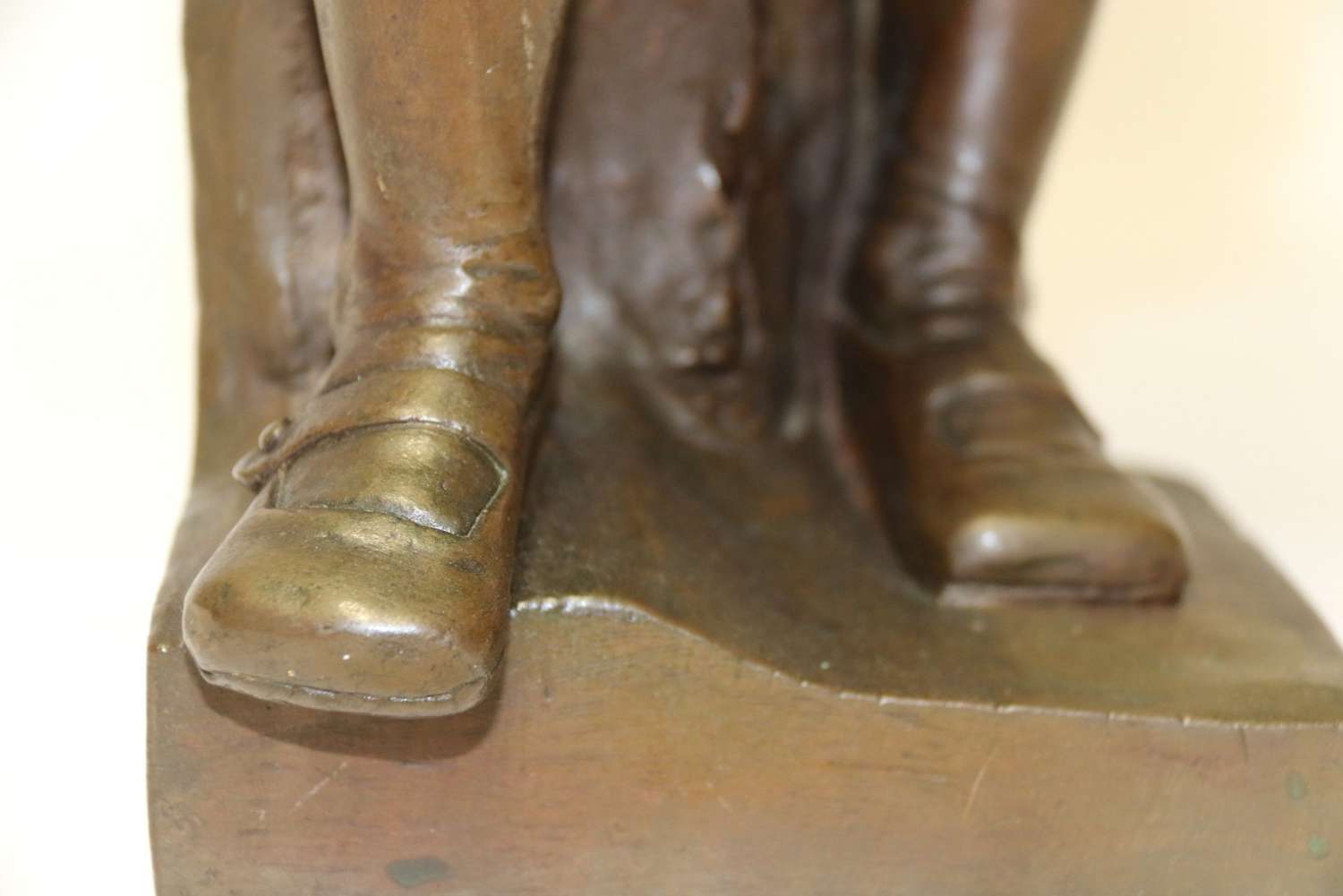