This impressive large scale bronze has been finely sculpted and has captured the movement and prowess of this powerful hunting lion in a striding posture with its eyes firmly fixed on its prey.
Louis Vidal was born in France on the 6th December 1831 and became a fine sculptor successfully exhibiting many works. Unfortunately , he developed a eye condition which eventually left him blind.
Remarkably he still sculpted and many of his later works were signed Vidal Aveugle (Vidal the Blind).
In 1888 he was rewarded by given the position of Professor of Modeling at the A>>cole Braille In Paris.
This bronze lion has a brown patina and is in good condition. Signed Vidal. 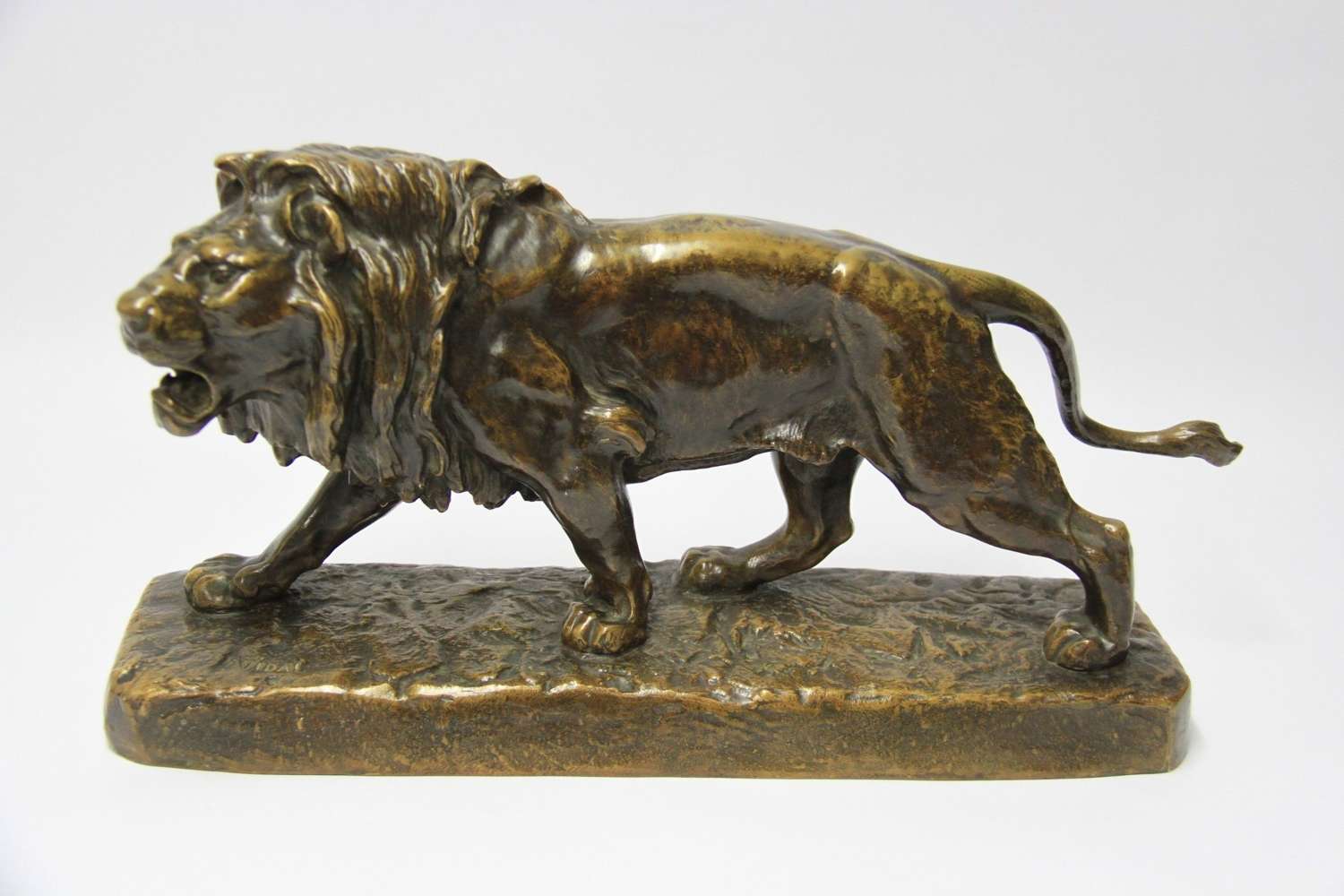 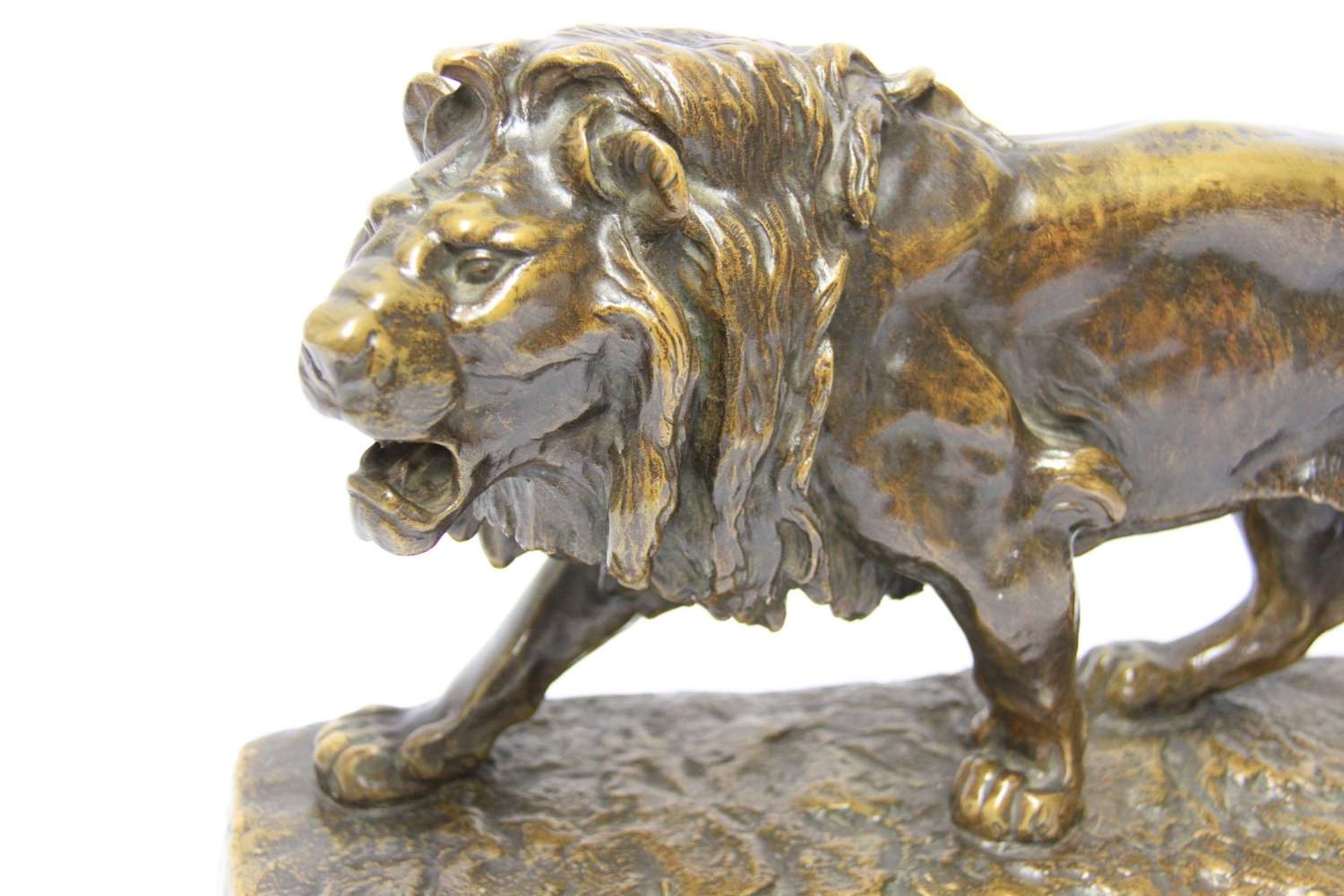 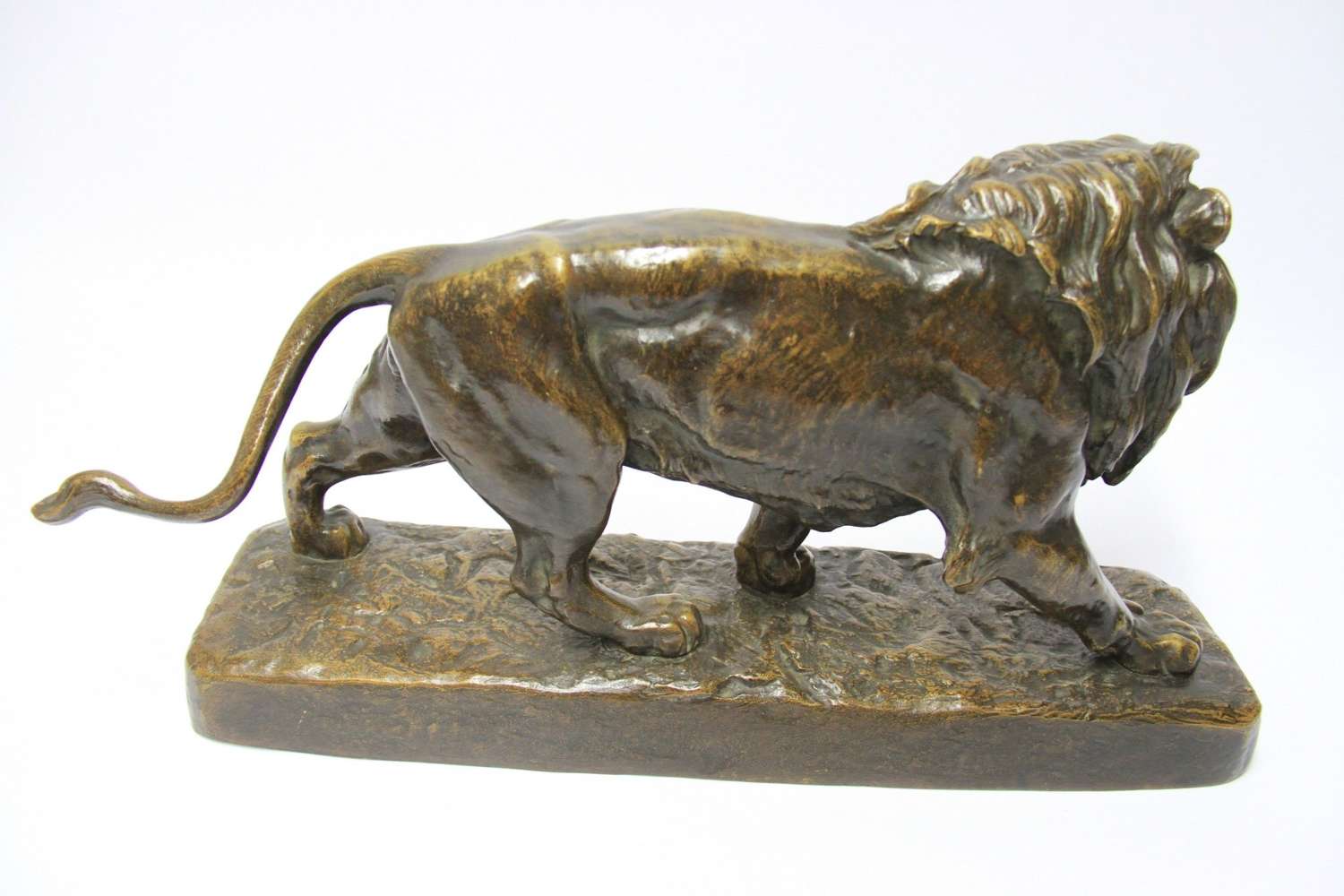 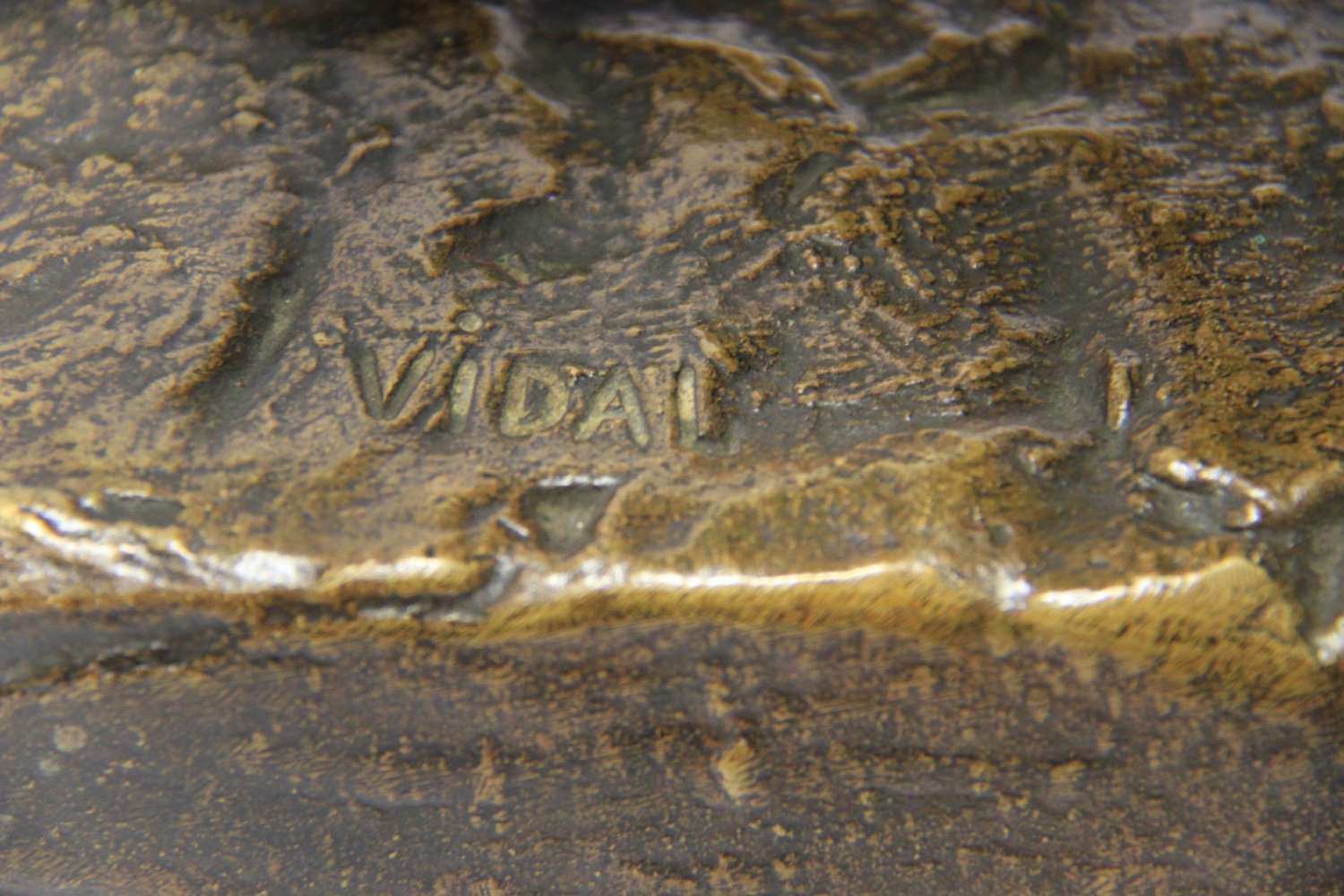 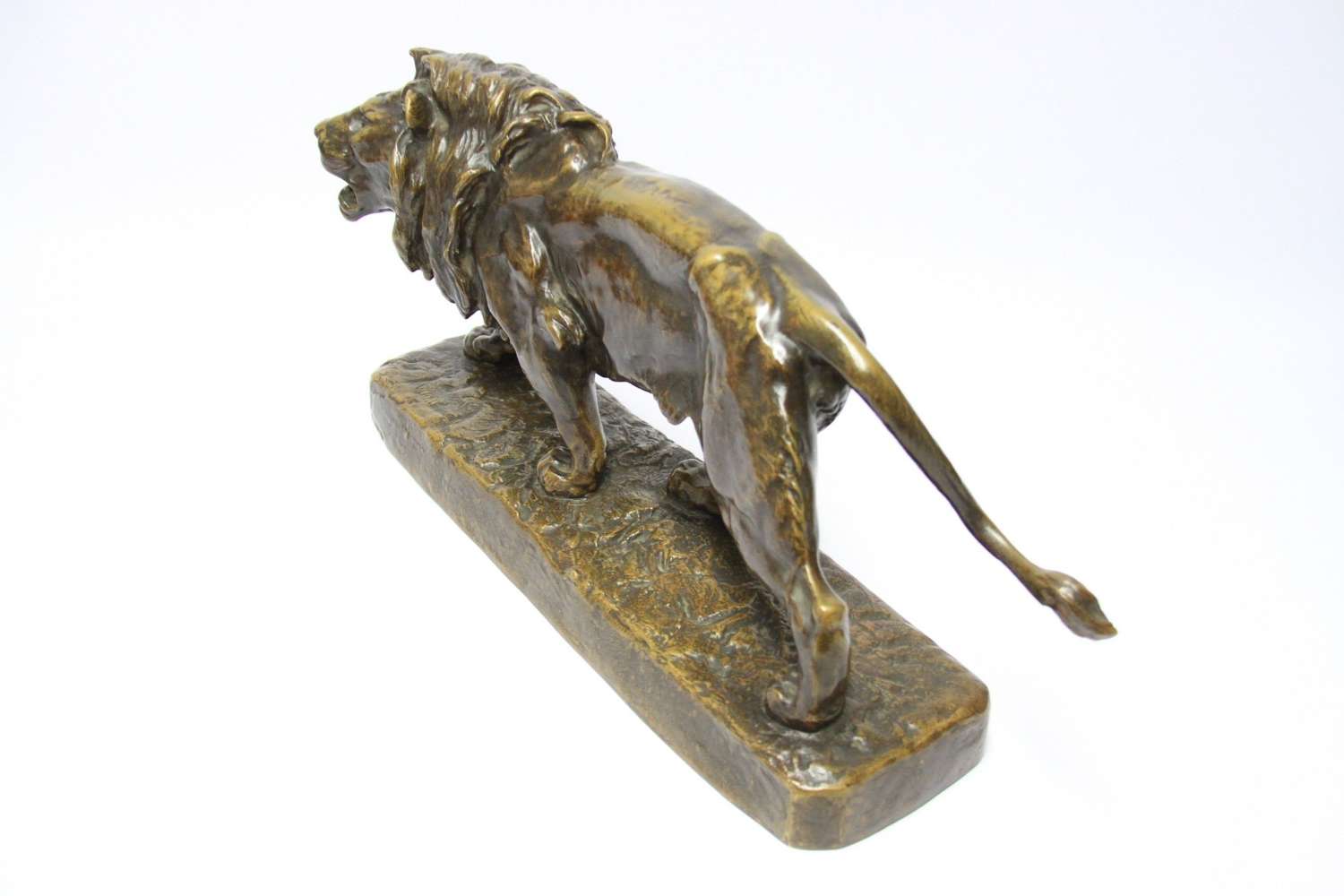 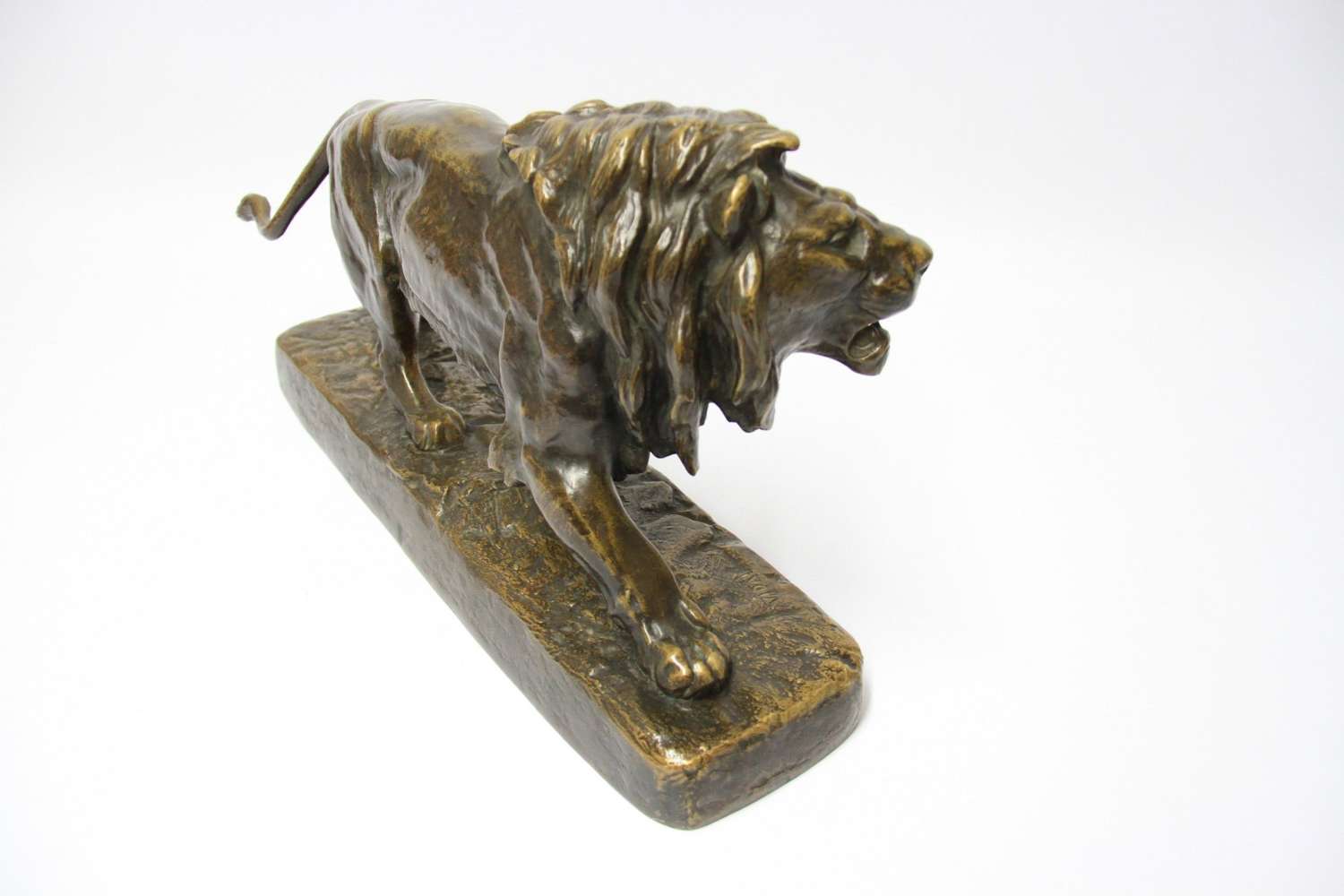 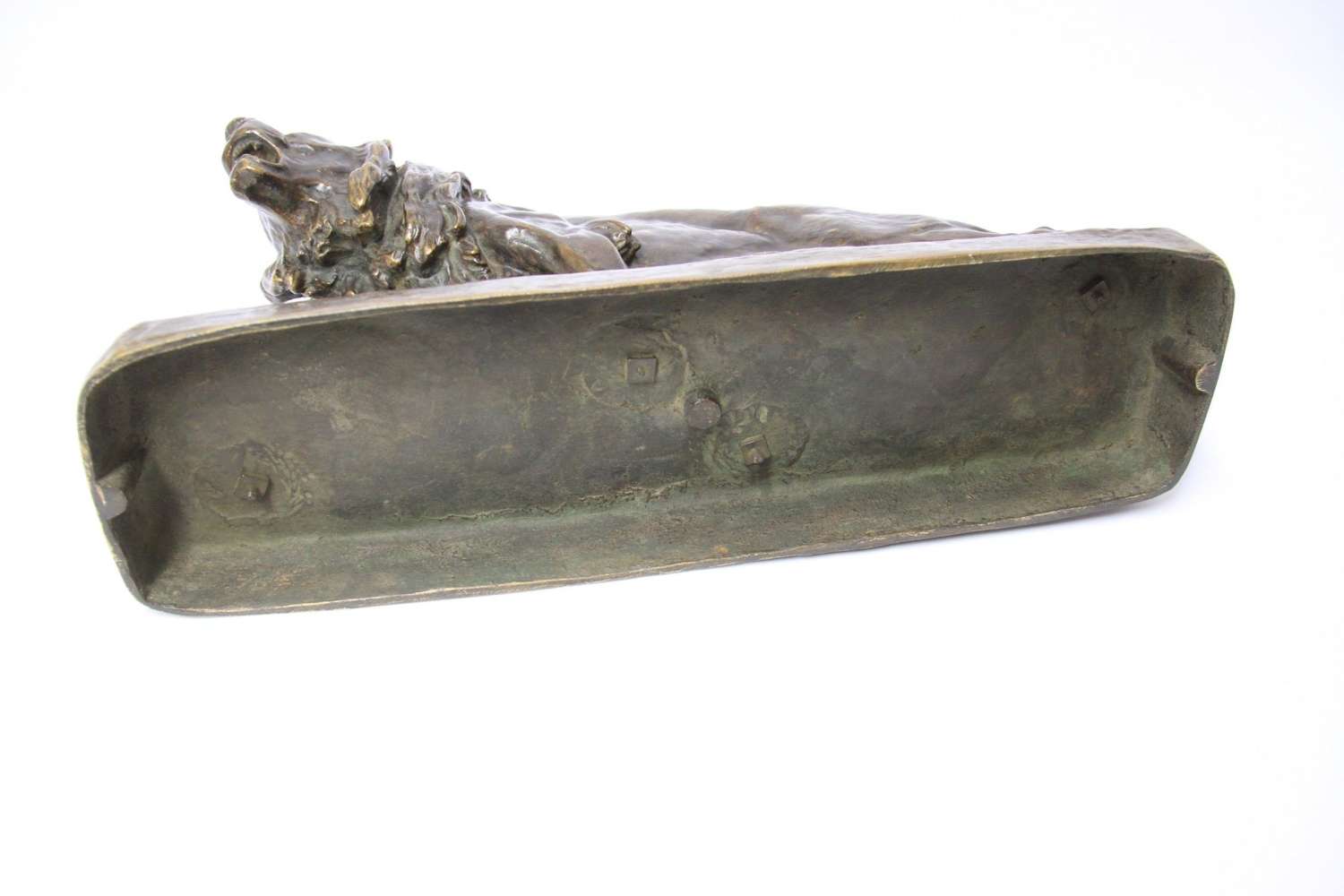